Home Special ReportDesignFashion What do Spain and Lebanon have in common?
Fashion

Spain and Lebanon share a similar love of life and flare for fashion, so in the spirit of unity the two Mediterranean countries joined forces for the first ever “Spanish Reunion.” The Spanish Embassy in Lebanon hosted the fashion extravaganza on September 16 at The Garten. The free event included a fashion show, musical performances, food and fun, and drew in hundreds of fashionistas.

On the one hand, the event promoted everyday fashion through Spain’s many affordable fashion brands, including Bershka, Punt Roma, Women’s Sectret, Springfield, Stradivarius, Desigual, Cortefiel, Double Agent and Mayoral. But the event also celebrated Beirut as the fashion hub of the Middle East. Spain’s ambassadress to Lebanon, Milagros Hernando Echevarria emphasized that Lebanon is renowned in the fashion world for famous designers like Elie Saab, but the idea behind this event was that fashion doesn’t have to be unattainable haute couture – it can just as well be everyday style. “Fashion is a way to express yourself, it’s your identity. You don’t need to be a model to look nice,” she says. 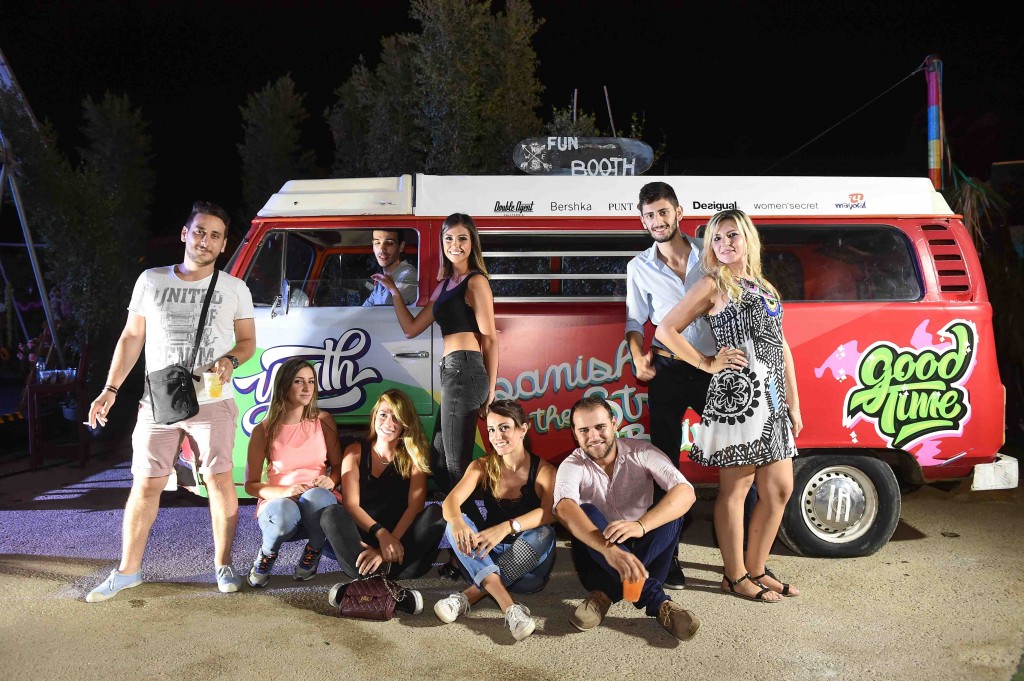 The embassy worked with Lebanese professionals, including teams of organizers, as well as performers, stylists and models on the event. The “Spanish looks on the streets of Beirut” campaign actually began in the weeks prior to the fashion show, when a funky vintage van drove from Beirut to Batroun scouting for models amid Lebanon’s fashionable population. Random fashion enthusiasts were given makeovers and got to cast for the modeling gig.

The collaboration aimed to unify the Spanish and the Lebanese, reinforcing their common ground. “When the Spanish come to Lebanon they feel at home and I think Lebanese people in Spain feel the same,” says Hernando Echevarria. “We are promoting tolerance through something universal: fashion,” she says. The ambassadress explains that Lebanon and Spain do have a lot of similarities: they love socializing and are open to others, they enjoy their similar good weather and spend a lot of time outdoors, and they always live life to the fullest.