Originally opened in 1968, Jounieh’s La Crêperie was once considered more of a historic institution than a mere restaurant, as it had remained open for 45 years. It was a landmark, part of the war generation’s heritage and was celebrated in international publications during its heyday.

La Crêperie was seen by many to represent the romance of Lebanon’s golden years and was once one of the preferred spots for a young man attempting to court a lady or looking for the perfect place to propose as well as for groups eager to celebrate an important event or simply desirous of a cozy gathering with a splendid view.
La Crêperie closed its doors in 2012 to undergo massive renovations that went on for more than two years. This reconstruction was led by its new owner, Sky Management’s CEO Chafic El Khazen, and initiated by his brother, Sari El Khazen, the architect behind the world famous party venue Skybar. 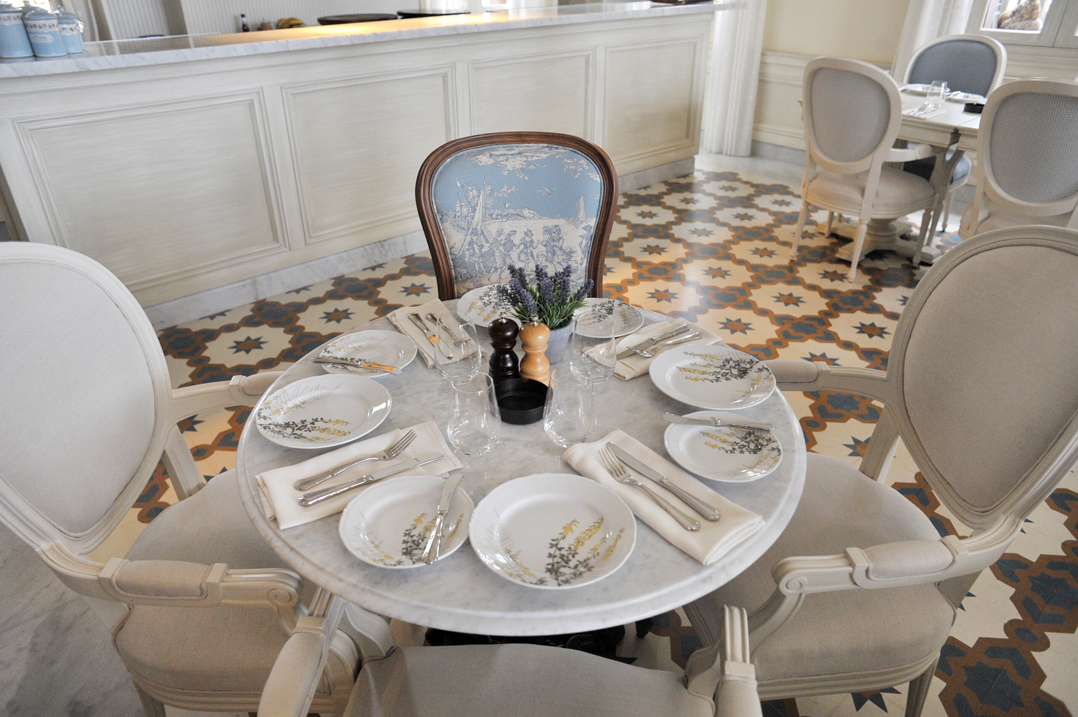 The old house turned restaurant actually belonged to the brothers’ grandparents, and they wished to rehabilitate its faded glory after revamping the place completely. And finally in April 2015, La Crêperie opened its doors to the public once more, but this time with a new look and management.

The most nuanced task was undeniably that of giving a new life to the place while preserving its essential traits. And the challenge was successful under the scope of Sari El Khazen Architects who made sure that the architecture, interior architecture, interior design, decoration and landscaping, all contributed in the creation of a harmonious and enchanting venue.

Maggy Monsef, a gifted interior decorator freelancer, was the addition to the team who was appointed to intervene on the project along side Sirine Shaker and other members working on the project. All were passionate about their goal to create a relaxed yet dynamic environment that would appeal to all generations, suit all four seasons, and please diverse tastes. And it was in this capacity that they expanded on the main design direction of the firm and on its client’s desire to embody the ‘French Provence’ feel for the whole space.

Yet, what was crucial was for the restaurant to have a soul: a feeling of authenticity rather than novelty that was accomplished by incorporating antique decorations and furnishings. That is why most of the items embellishing the ceilings, the walls, the tables and the bar were specially imported from vintage boutiques in the south of France. 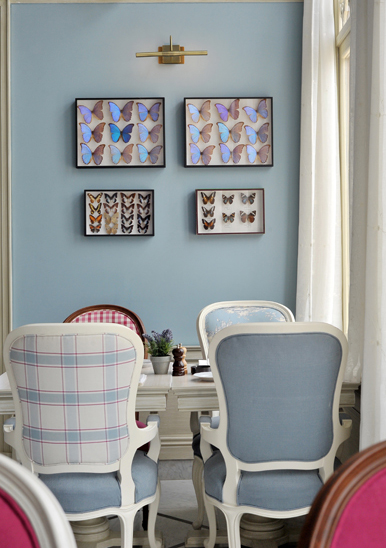 To reach the restaurant, one has to walk through a small alley, fully covered on one side by star jasmine under wrought iron arcades. This pleasant, natural greeting leads to the entrance of the venue.

Once inside, it isn’t what one sees, but rather how one feels that is most striking. A soothing sensation of pure calmness is brought on by the sweeping view of Jounieh Bay from the large windows, which is echoed throughout the crafted interior that seems careful to not attenuate this dreamy feel but instead subtly underlines it.
The restaurant is spacious and luminous thanks to the large windows that make up a substantial portion of the walls and invite in lots of natural light. The remaining walls are painted various colors, some solidly baby blue or a creamy beige, others ornamented with small butterflies fluttering from one flower to the next, swans drifting on a lake or birds posing next to their cages. The overall feel is one of freshness, which is accented by a harmonious marriage of all the space’s diverse elements. 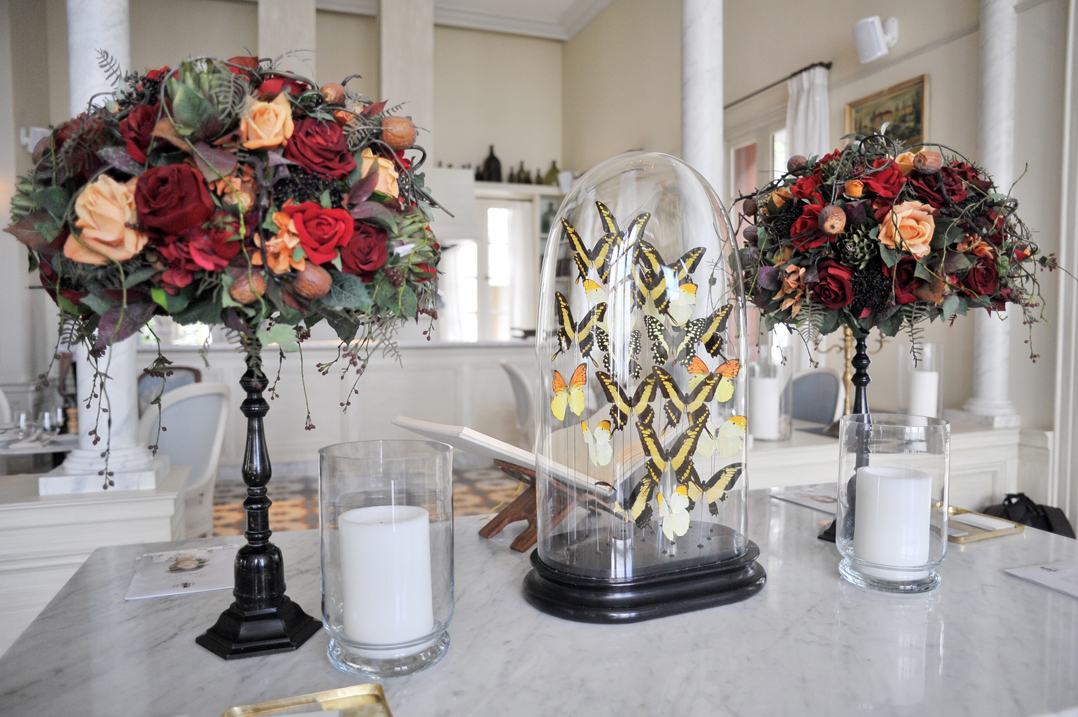 The floor of the restaurant is constructed using mostly vintage slates recuperated from old traditional houses, while some parts feature Blatt Chaya’s handmade tiles. The wood enclosing the crepe-making area is a light shade of greige, a modern version of subtle beige with a splash of grey, which combines with the white and grey Carrara marble covering the top of the bar to bring a ‘zen’ element to the space.

As for the tables and chairs, they are an artful but also playful assortment of made-to-order pieces, with unique combinations of material and finishes for each. Dissimilar chairs upholstered in unicolor cloth or patterned fabric complement them, all scattered in a harmonious way throughout the space. 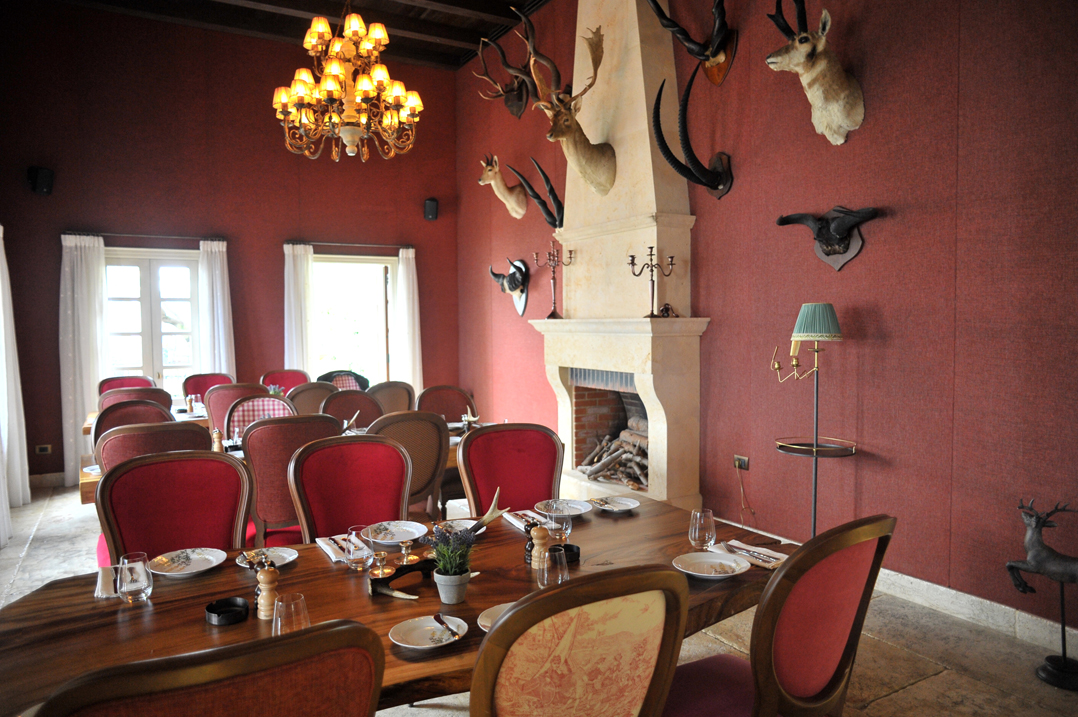 From the choice of the largest piece of furniture to that of the tiniest decorative item, each component of La Crêperie’s interior seems to have been wisely manufactured or hand-picked and put in its rightful place.
“It’s all in the details” is a commonly used adage, but the unique outcome that is La Crêperie truly does the phrase justice.

While previous generations won’t feel betrayed by this reiteration of their beloved restaurant, new generations will inevitably also find themselves cherishing this fresh version of the historic institution. 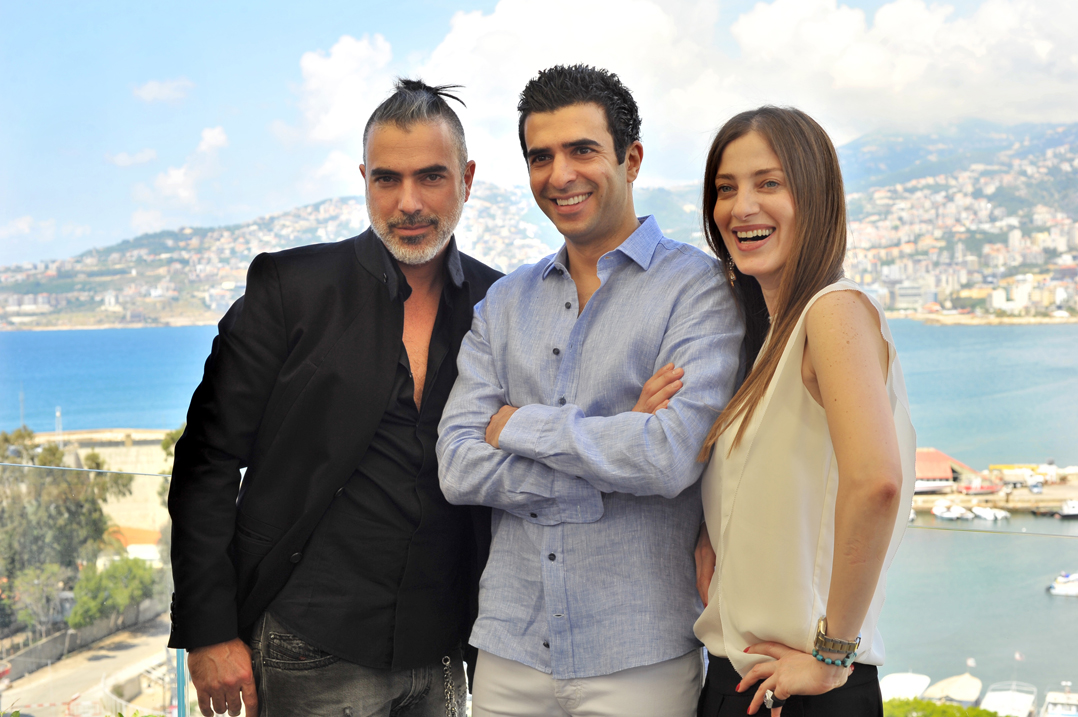