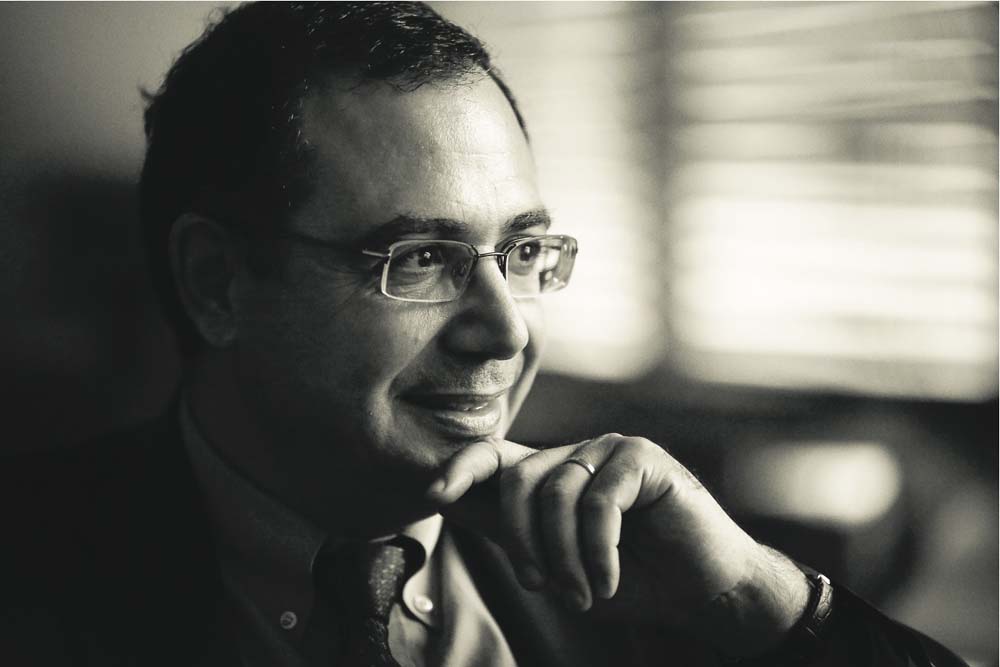 The Lebanese insurance industry seems to be in need of new energy. Not only in terms of its objective to participate in the covers of the future oil and gas industry, but also in its fundamental development of company structures and legal infrastructure.

With low growth in insurance premiums – some 4 percent in 2015 according to the annual report by the insurance association and also 4 percent by the end of the third quarter of 2016 in year-to-date terms – insurers are hanging on, some perhaps by the skin of their teeth. It seems that 2015 and 2016 were two of the most difficult years in terms of growth since the old insurance law was updated – but hardly made fit for modern times – in a lengthy process in the 1980s and 1990s.

An updated law, proposed in the early 2000s to replace the old law with a more adequate and modern version, developed and financed by the World-Bank, has not been approved to date. The insurance sector is still populated with an overabundance of small companies that have not been able to develop scale and, more worryingly, still include an unknown share of opaque providers, which can perhaps only exist in this business because they defer meeting their full coverage obligations.

Despite a clear need for collaboration in raising greater insurance awareness, illuminated sharply by the difficult economic environment of the past two years, the sector’s voice is exceedingly falling behind when compared with the voice of the Association of Banks in Lebanon.

Executive asked Walid Genadry, who headed the Lebanese Insurance Control Commission (ICC) from its inception in 2002 until 2015, and is, since last June, a Distinguished Fellow in the International Association of Insurance Supervisors (IAIS), what he recommends in order to take the Lebanese insurance industry forward from this point.

He told Executive that the lack of a new insurance law is to blame for many shortcomings in developing the sector and for hindering better supervision, and the implementation of this new law would boost the productiveness of insurers.

A 2013 World Bank evaluation of the ICC as part of its Financial Sector Assessment Program (FSAP) was positive, he pointed out, describing the regulator as having developed “an admirable capacity to develop approaches for review and analysis, follow-up, market conduct, intermediary registration and fraud investigation.” However, in Genadry’s view, this positive FSAP judgement has limited value today, merely serving as a sort of encouragement and appreciative tap on the back.

He said: “One needs to look at [the evaluation] more as praise for better than expected results rather than as praise for a very good standing. It is more like saying that you reached a grade of B – when your regulation should not have allowed you to go beyond a C – but the real objective is an A. We are not there and we cannot really get there without a solid law.”

Explaining the role of an insurance supervisory authority and differing concepts of its mandate in some continental European countries, where the first aim of such an institution is customer protection versus Anglo-Saxon countries where the focus is on the promotion of fair and stable insurance markets, Genadry said that the two approaches should be seen as complementary to each other. “The two approaches are equivalent in the sense that you cannot protect customers without the establishment of fair and stable markets and vice versa. In a nutshell, a supervisory authority is needed to protect customers as well as serious insurers,” he elaborated.

According to Genadry, a vibrant insurance sector is of even greater value in a situation such as Lebanon’s today, because it provides a lever that boosts development to a healthy economy. This makes the passage of an insurance law even more urgent, he claims, saying: “Today we have one of the weakest insurance legislation frameworks by international standards, even in comparison to other markets in the Arab region.”

He highlights that gaps in the current law are of special concern with regard to insurance supervision. “What is missing represents a permanent threat to the effectiveness, if not the survival, of an efficient supervisory authority. When you have a law (the present one) that does not respect even the basic core principle [as per international standards] of independence from the political powers and from undue lobbying, the insurance supervisory authority is at permanent risk of being jeopardized. So whatever we build, even if it is properly built, is built on sand. The ICC must become independent, either as a standalone, as part of an integrated supervision [body], or even in the vicinity of the central bank.”

Besides its failure to guarantee the ICC’s supervisory independence, the present law also falls short in other key areas. The list of shortcomings, which Genadry had to deal with in his years as insurance commissioner, is long and starts with the fact that the existing law does not even provide a possibility for setting minimum norms on governance for insurance companies. “A supervisor today cannot oblige companies to abide by basic requirements, such as having independent members on the board of directors. It is also not possible to request that insurers establish a risk committee or have a remuneration policy, compliance committee, or even an internal audit department,” he said.

The ICC must become independent, either as a standalone, as part of an integrated supervision [body], or even in the vicinity of the central bank

The current weaknesses in the legal and regulatory framework also include a lack of sufficient means for financial control, as supervisors have no power to establish relevant solvency norms or enforce actuarial design of non-life products, or tools to control conduct, such as being able to determine and penalize unacceptable market practice, nor the ability to enforce transparency or even guidelines on transparency.

The ICC further suffers from weaknesses when it comes to powers of intervention to stop wrongdoing or to penalize companies in ways that are in line with the severity of an infraction. “Today two alternatives are granted:  either totally withdrawing a license – something harsh and very difficult to exercise – or the issuance of a very low fine, a maximum of 25 million LBP – that’s not even $17,000 – in limited situations,” Genadry said.

According to him, these two options represent extreme opposites with nothing in between; the first is equivalent to shutting a company down and the second is an insignificant punishment. The name of the game is deterrence, not catching wrongdoing. As a result, means to deter companies from bad practices are very weak overall.

A modern and up-to-date insurance law would empower the authorities to supervise and, if necessary, set conditions for insurance contracts, enforce standards for the selection of external and internal auditors (or at least remove auditors that have been proven to be incompetent), take steps to intervene in the management of insurance companies if deemed incompetent or irresponsible, or make sure that policyholders’ rights are maintained if an insurance company goes bankrupt or has to be dissolved upon loss of its license.

Finally, the current law on insurance has weak and inflexible licensing requirements, inadequate definitions of insurance lines and low minimum capital requirements ($1.5 million) for insurers. It also misses out when it comes to controlling mutual insurers, due to the fact that they are licensed through the Ministry of Agriculture, without any type of formal and professional control.

With such an array of legal insufficiencies and flaws, Genadry says it is extremely difficult for any supervisory authority in Lebanon to reach its objective of protecting both serious companies and policyholders. Asked how he was able to build a supervisory authority under such weak legislation and lack of independence, plus numerous ministerial changes at the Ministry of Economy and Trade, he said some ministers were a real blessing for his work in the ICC, as they encouraged the commission to move ahead and defended it against detractors.

A crisis of credibility

“But that is not enough,” he added. “The reality is that every time a new minister comes, one has to manage a new transition. We have had nine ministers over thirteen years. Ministers upon appointment have a thorough need to develop an understanding of the insurance supervision business. This is not a criticism of any person, as you cannot expect a minister to be competent in such a highly specialized field as insurance.”

According to Genadry, the present law concentrates a lot of powers in the hands of one specific minister as head of the Ministry of Economy and Trade, stipulating that it is his authority to give and withdraw licenses, penalize wrongdoers, pass new regulations and so on. The resulting pressures are not easy to face effectively and in a timely manner.

“Lack of independence also means depending on government crises, during which the supervision activity cannot be as effective. All this makes it such that, overall, the good periods [during my work as insurance commissioner] were smaller in number than the challenging periods, and even the good periods I experienced during my term were often fragmented,” Genadry summed up in his reflection.

As to the future outlook of the insurance sector in Lebanon, Genadry is at the same time passionate about its potential and cautious due to the risks the sector will face if the new insurance law is not expedited.

“Credibility is a vital element of proper supervision. For this, a supervisory authority needs stability, continuity, clear definition of duties and powers, and above all, competent supervisors who enjoy a reputation of integrity and possess the right tools to do their work and the ability to remain standing despite the fact that it is a profession which is, by nature, ungrateful.”

A high level of morality and competence for the supervisors is crucial. “Without that, even with a good law you do not go far,” he says, emphasizing that there can be no easy success for the supervisory authority without a good collaboration with the sector’s players, without confusing the roles, as the industry members and the supervisor complement one another.

He concludes: “There will be no real protection for serious insurers and policyholders in Lebanon without a well-established supervisory authority that is capable of applying international norms.”