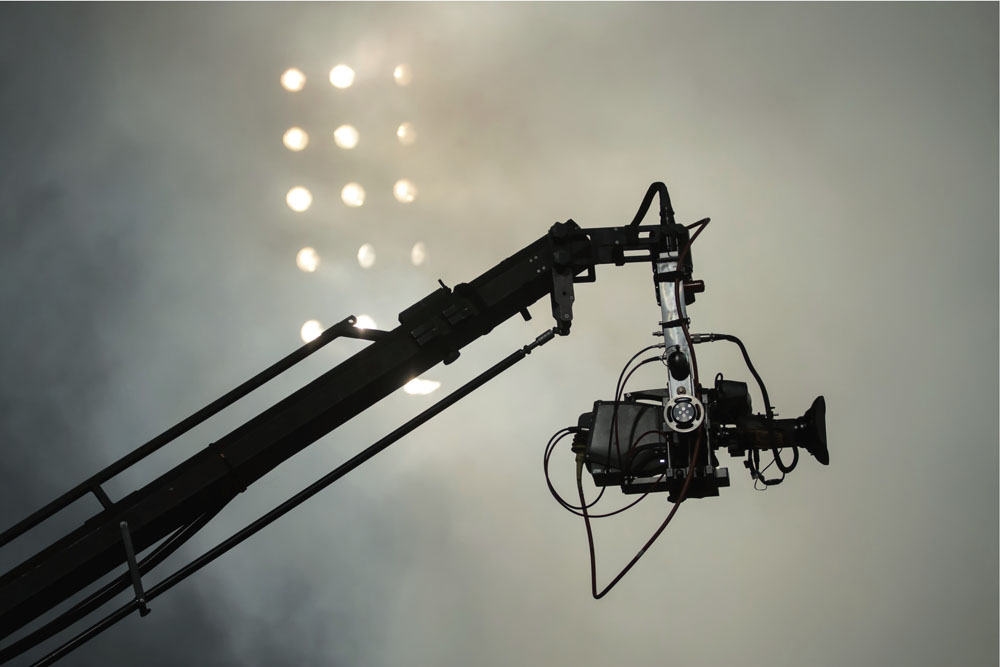 When the 12th edition of the Lebanese Film Festival opened to movie enthusiasts at the Beirut Souks on May 30, it reflected the potential of the nation’s film industry but was also a testament to the need for funding – the festival was only made possible this year with the help of crowdfunding.

The Lord of the Rings trilogy captured a generation of fantasy fans in the early 2000s and succeeded in drawing an enduring worldwide love for the natural beauty of New Zealand, where the films were shot. Local businesses have capitalized on the popularity of these films, which have been credited with directly bringing tourists to the country, by setting up tours of various filming locations. More recently, the hit HBO television series Game of Thrones resulted in a similar benefit to the Northern Ireland economy – the show brought in an estimated 110 million pounds ($161 million) in the first five seasons, according to national agency Northern Ireland Screen. “Cinema has a huge impact on a country. It’s the best ambassador we can have,” says Gabriel Chamoun, chief executive officer of Lebanese production house The Talkies.

Film production in Lebanon is a nascent industry, if it can be called that at all, when compared with developed industries such as the United States, India and France. “Lebanese cinema [is so small] and also the history of Lebanese cinema was interrupted at many stages because of the Civil War and all the turning points within the Civil War itself… There were always interruptions and the film industry would start all over again, depending on the situation. We’ve had some sort of stability since maybe 1994 and you can see that films of all sorts are being made,” explains Rima Mismar, deputy director at the Arab Fund for Arts and Culture.

A 2015 film industry report published by the Investment Development Authority in Lebanon (IDAL) reveals that the sector employs around 1,000 people directly, not including the hairdressers, makeup artists, costume designers and so forth. The total number of companies involved in production and postproduction is 97 (this includes production of television shows, commercials, music videos and others), 27 of which are exclusively film, in addition to 18 distribution companies.

It is hard to pin down in percentage terms precisely how much film and production as a whole contribute to the Lebanese economy, but it is in the low single digits. The economic potential in terms of indirect jobs created, however – particularly in the tourism sector – is substantial.

The Ministry of Tourism has been making efforts to put Lebanon in the spotlight as a filming location for foreign producers through its office in Paris, in collaboration with the Fondation Liban Cinema (FLC), a nonprofit organization dedicated to supporting the film industry. Serge Akl, the director of the Lebanese Tourism Office in Paris, informs Executive about his role in spreading the word to foreign filmmakers on Lebanon as a filming destination. The office has so far sponsored at least 10 “fact-finding trips” for foreign producers and directors to explore Lebanon as a potential shooting site and meet with local technical teams. While the IDAL report outlines Lebanon’s competitive prices relative to the region, as well as its multilingual and highly skilled technical staff – six universities graduate some 220 students in the audiovisual field in roles such as cinematographer each year – and its favorable weather and diverse scenery, it fails to mention the security concerns.

In the words of The Talkies’ Chamoun, “The major problem of Lebanon is the perception of insecurity, the proximity of the war zone in Syria [and] the fact that many insurance companies will not insure stars coming to Lebanon.” He also points out that the Saudi and other Gulf states’ ban on travel to Lebanon has affected the usual pre-Ramadan business boom in TV commercial productions. There will have to be a substantial period of stability and security before the next Game of Thrones or Lord of the Rings can be shot here in Lebanon.

Turning to another area of potential, the digital age has led to new heights in entertainment distribution. According to media reports, recent South Korean hit TV series Descendants of the Sun was streamed more than 2.3 billion times in China this April. Estimates vary, but the show is expected to add several hundred million dollars to the Korean economy through product placement-driven exports to China as well as increased tourism to the country. When it comes to Lebanon, regional success in the silver screen has limited potential due to the underdeveloped theatrical infrastructure in many Arab countries – in Saudi Arabia, cinemas are officially banned. And while the Middle East is not on the same scale as China, an opportunity nevertheless presents itself in the form of online, which is a growing segment in the region. Lebanon has already achieved an audience base to a certain extent. “There are a lot of documentaries, short films [and] experimental films when it comes to Lebanese cinema, and that has been exporting extremely well. In North Africa – Tunisia, Algeria, Morocco – these viewers are avidly consuming Lebanese independent cinema,” reports Karim Safieddine, whose streaming site Cinemoz also analyzes data on viewer habits.

Digital companies in the film business such as Cinemoz have also been able to make use of Circular 331 funding, unlike traditional production houses – but new avenues for financing have recently opened up.

Although the industry has been taking baby steps, there is a sense of optimism in the air. “What I feel is happening right now between all the different institutions, like the Ministry of Tourism, the Ministry of Culture, IDAL and FLC, is that things are getting together and I think we’re at the beginning of the organization of a true industry in Lebanon called cinema,” says Akl.