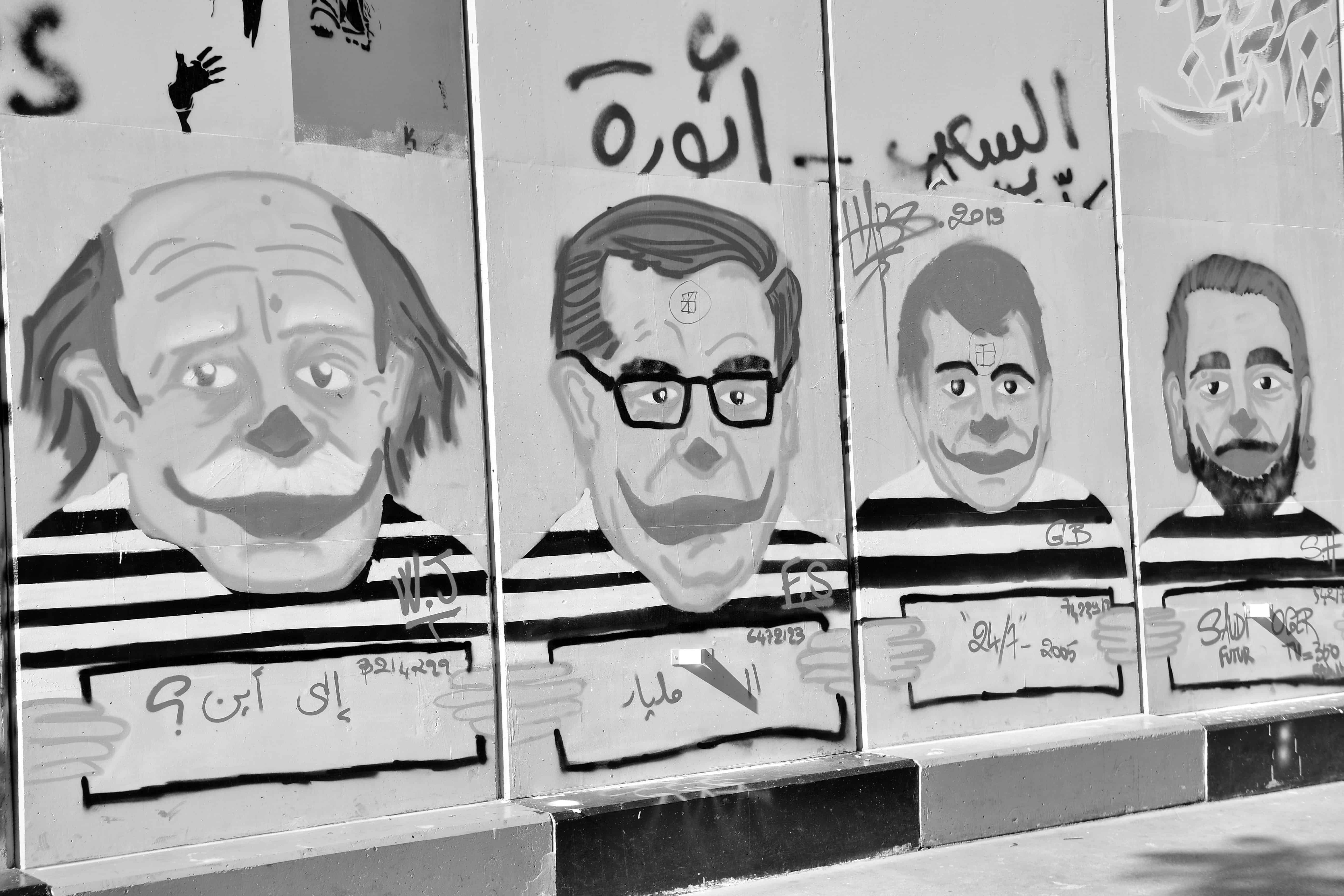 In the three and a half years since Parliament passed Law 28/2017 on access to information (A2I) some progress has been made but there remain barriers to full implementation. Calls for greater transparency and accountability were a major component of the demands of the Lebanese who took to the streets in October last year, seen as key in the fight against and the prevention of corrupt practices. Improving on the currently opaque structure of the Lebanese state would act as a barrier to corruption and the A2I law, in theory, can be used as a supporting tool if the Lebanese want to hold their officials to account and help foster a more open culture within government institutions—if it is implemented in full and a proposed amendment that would weaken the law is prevented through continued stakeholder pressure.

Although adopting A2I was a milestone by itself, it cannot be called a full success until it is implemented and enforced by all public administrations—and progress on this front has been slow. One of the biggest barriers so far has been the lack of an implementation decree for A2I. Several administrations, championed by the Directorates General of the Presidency of the Lebanese Republic and the Presidency of the Council of Ministers, have insisted that the law is not applicable before the issuance of an implementation decree—a stance they have maintained despite three separate opinions issued by the Committee of Legislation and Consultation at the Ministry of Justice that have stated the law was applicable regardless. Very few administrative bodies, when challenged on this assumption, have relented and provided the information requested of them.

It is also imperative to note that the government and the presidency who have refused to implement A2I, with the excuse that the law requires an implementation decree to come into effect, are those whose job it is to issue this decree—a continuation of a civil war era tradition that was intended as a way to facilitate, not limit, laws when Parliament was unable to convene—and who have failed in that duty for three and a half years. The message this sends is clear: Those responsible for issuing the decree have failed to do so while simultaneously insisting the law cannot be enforced without this decree, with the logical conclusion being that the desire to fully implement A2I is low.

This reluctance to abide by A2I has not been universal, however. While some administrations still refuse to implement the law when approached, others, such as the Office of Minister of State for Administrative Development (OMSAR) and the Directorate General of the Ministry of Industry, have taken a proactive approach by publishing most of what is required by A2I—laws, regulations, ministerial decisions, annual reports, the administration’s yearly expenditures and revenues, and all expenses that exceed LL5 million—on their official websites. There seems to be a notable rift between those public administrations that are abiding by A2I and an old guard who continues to operate without implementing these legal measures, as if the law is being interpreted differently within the same state—that is, if the administration is even aware of the law to begin with.

While monitoring the implementation of the law, our organization, the Gherbal Initiative, a non-profit that seeks to act as a bridge between citizens and public institutions, found that several administrations—as well as many Lebanese citizens—were unaware that the law even existed. Our most recent report on the commitment of Lebanese administrations to the provisions of A2I, released in September 2019, garnered responses from just 68 out of 133 contacted administrations, and of these, only 33 complied with requests to view their fiscal budgets. This was, however, an improvement on our initial report, released in September 2018, a year and a half after the law was first published, for which only 34 of the 133 admissions had responded, only 18 of which had an information officer as per the law—15 of whom were appointed at our request. Despite this slow initial implementation of the law, there were and are hopeful signals. Those 18 administrations who were responsive all did so within the legal deadline of 15 working days and showed no hesitation moving toward a more transparent environment.

These initial successes have been made due to the continuous pressure of stakeholders (civil society, lawyers, INGOs, and some public administrations such as OMSAR) over the past three and half years, amplified by the demands for transparency and accountability of Lebanese citizens in the October uprising. More recently, there have been further positive signals regarding anti-corruption measures in Lebanon with implications for A2I.

At the end of April, Parliament adopted an anti-corruption decree (published in the Official Gazette in May as Law 175/2020), which established the long-awaited National Anti-Corruption Institute (NACI). Also in May, the cabinet adopted the first National Anti-Corruption Strategy. Working groups will be formed in accordance with this strategy, with the first group specifically dedicated to the implementation of Law 175 by enforcing the national action plan developed by OMSAR in consultation with various civil society organizations working in this field and with the support of the United Nations Development Program (UNDP) and Organization for Economic Co-operation and Development (OECD).

The NACI, which must be established within three months as stipulated by the new anti-corruption law (and at the time of writing was on track to be completed by end July), has implications for A2I as well as Law 83/2018 on whistleblower protection, Law 84/2018 on transparency in oil and gas, and Law 154/2009 against illicit enrichment. Regarding A2I, the NACI is supposed to receive complaints against non-complying entities, raise awareness among the public on the importance of this law, and monitor the law’s implementation. In its absence, the latter two roles have been left to civil society groups, while the first was adopted by the State Council, which issued a decision in December 2019 taking responsibility as the valid court to look into access to information disputes in the absence of the NACI. This June, there was a ministerial meeting aimed at accelerating the appointment of the six independent NACI members.

Keeping up the pressure

Moving forward, A2I still faces many challenges that will require continued pressure from stakeholders to overcome. A new A2I law amendment has been submitted to the Parliament and is currently being discussed by the Legislative and Administrative Committee, this offers opportunity for improvements but also can be used to undermine the power of the law.

The Lebanese Transparency Association (LTA), which has been among the civil society groups pushing for A2I and its implementation, submitted a legal review of A2I to lawmakers to positively influence the draft amendment of the law. Among its nine recommendations to improve A2I and ensure it complies with international standards was to amend the law so that administrations would no longer be able to unilaterally reject information requests, which can currently be done through the “misuse of the right” clause in article 1 of the A2I law. Instead, the proposed amendment would require a judgement from the NACI on whether the “misuse” clause is applicable in any given case. Another amendment suggested by the LTA is to change article 5 of the law, which currently prevents access through information requests to documents listed under that article, to instead mandate that if any of the listed documents are requested under A2I then the administration must apply a public interest test to them and release them if it falls in the public interest to do so—any disputes regarding what fell under the public interest would be settled by the NACI.

Not all proposed changes are positive, however. A major challenge to the effectiveness of A2I is the insistence of several political powers to limit the law by amending it to include a need to establish a clear “capacity and interest” to use it. What is being proposed is that any requests for information could be blocked by administrations unless the person making the information request is able to establish their capacity—meaning those requesting information relating to a specific municipality or village would have to be a resident of, or originally be from, that village, or have work with the administration related to that area—and interest—meaning the data is necessary for their work. This proposed amendment would severely limit those able to use the law to a point that would render the law completely ineffectual.

Outside of the text of the law, other challenges to A2I’s full implementation can be attributed to the lack of online platforms or data collection tools, which public entities are stating as a reason for their inability to give proper responses or disseminate law-enforced public data. Once again, it is civil society groups that are stepping up to address the scarcity of available data. Public-space focused NGO Nahnoo has launched a municipal portal to ease information sharing, Democracy Reporting International has significantly raised awareness on the importance of A2I for sustainable local governance, Gherbal has built ten municipal websites in collaboration with UNDP to facilitate public data circulation and has launched an online portal (Ellira.org) that crunches, visualizes, and eases the search for public figures from the national budget to customs data. Several other projects such as ShinMimLam and Open Data Lebanon have also emerged in the last few months to help citizens reach public statistics, numbers, and figures, and put more combined pressure to aid Lebanon administrations’ transformation into digitally ready and transparent bodies.

It has been slow progress from the state’s end, and there are still many obstacles and challenges ahead of the A2I law, but honest progress has been made through concrete steps taken by individuals and organizations. Ultimately, full implementation of the law requires political will among the government, MPs, political parties, and public servants to abide by drafted laws and, most importantly, to implement the decades-long promises of reform and accountability. Civil society has brought the law this far, we will not sit on the sidelines but will continue to monitor and pressure the government to ensure Lebanon will adapt to the new challenges that lie ahead. Access to information is a fundamental right, one that will help shape Lebanese political discourse and hold politicians and other persons in power accountable—it is a necessary step in the fight against corruption.