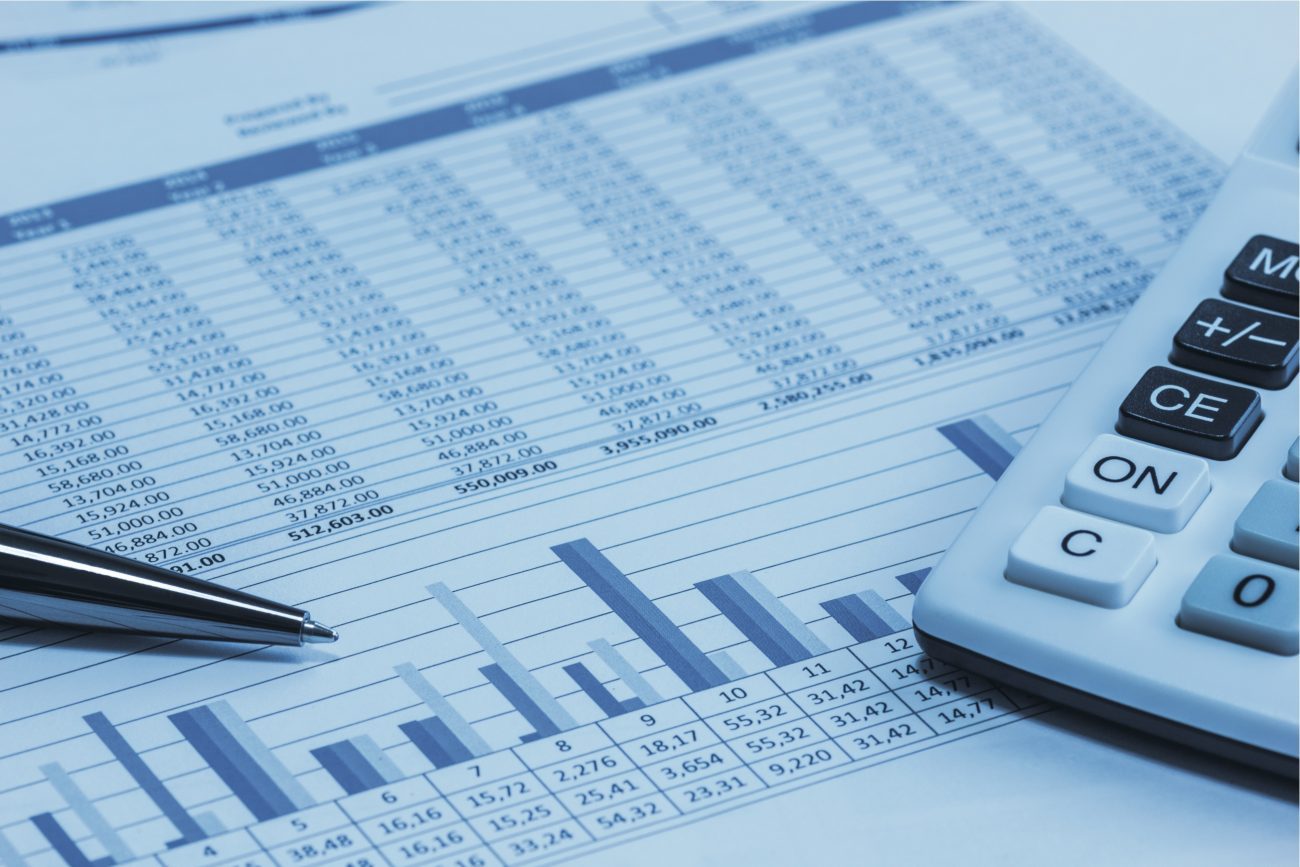 In June 2017, there will be unprecedented room for emotion in banking. Lebanese financial markets could express a wide array of feelings — a mix of relief (at the stability of personnel), exasperation (at the inertia of political processes), doubt (in the ability of the body politic to ever deliver needed laws) and fear (over the impact of American hatred and global economic developments).

Reassurance comes from the numbers. According to a Bankdata review of top-tier bank performance issued at the end of May, banks with deposits of over $2 billion (Alpha group banks) saw “moderate activity growth” in the first quarter of 2017. Their consolidated assets increased 0.9 percent on the quarter and 7.5 percent on the year to $218.8 billion, with larger domestic than foreign activity growth.

Growth of consolidated deposits in Alpha banks likewise increased in quarterly and annual terms, at respective rates of 0.8 percent and 5.4 percent. Growth trajectories of domestic and foreign deposits diverged more than in the category of assets, Bankdata says, at a contraction of 1.3 percent in entities abroad versus a 1.2 percent expansion of domestic deposits (ironically attributed mainly to deposits in foreign currencies, which increased four times faster than deposits denominated in Lebanese Lira), resulting in increased dollarization. “Domestic FX deposit growth should be read in conjunction with double-digit growth in financial inflows, turning the deficit in the balance of payments to a net surplus,” Bankdata says.

[pullquote] Growth of consolidated deposits in Alpha banks likewise increased in quarterly and annual terms, at respective rates of 0.8 percent and 5.4 percent [/pullquote]

With the arrival of the IFRS 9 rules still over six months away, both this new internationally-rated accounting methodology and the Basel III standards have already been internalized and mentally incorporated by Lebanese banks, some bankers opined in conversations with Executive. This leaves time for Alpha banks to proceed with business as usual, nurturing high liquidity (the ratio of primary liquid assets to deposits was at 37.1 percent at end-March), albeit juxtaposed with less-than stellar developments in loan portfolios. According to Bankdata, loans to the private sector retreated by 0.7 percent in the first quarter, but doubtful loan ratios stayed cool. Collective provisions rose to a record 1.6 percent of the Alpha banks’ net loan portfolio, which the consultancy attributes to banks’ compliance with the central bank’s Intermediary Circular No 446.

Profit announcements came from BLOM Bank, whose general manager claimed top of the class with first-quarter profits of $112 million, edging perennial rival Bank Audi’s reported $110 million. On the whole, the year-on-year net profit growth of Alpha banks in the first quarter was reported as a “modest 1.7 percent.” Return on average assets dropped to 0.95 percent at end-March 2017, from 1 percent a year earlier, and the return on average equity declined from 11.07 percent to 10.14 percent, according to Bankdata, which interpreted the return ratio developments as indications of “the persistently tough operating conditions of Lebanese banks in Lebanon and in various foreign markets of presence, pressurizing both their yields and their efficiency metrics within the context of persistently low spreads and interest margins at large. 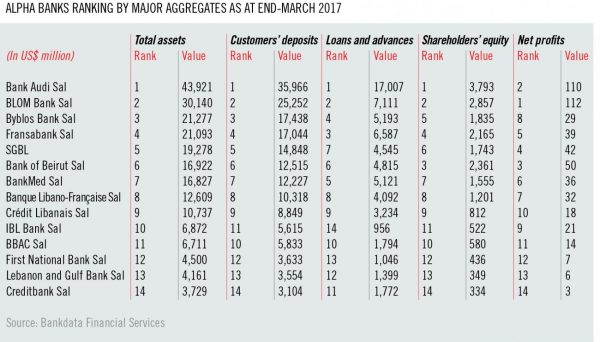 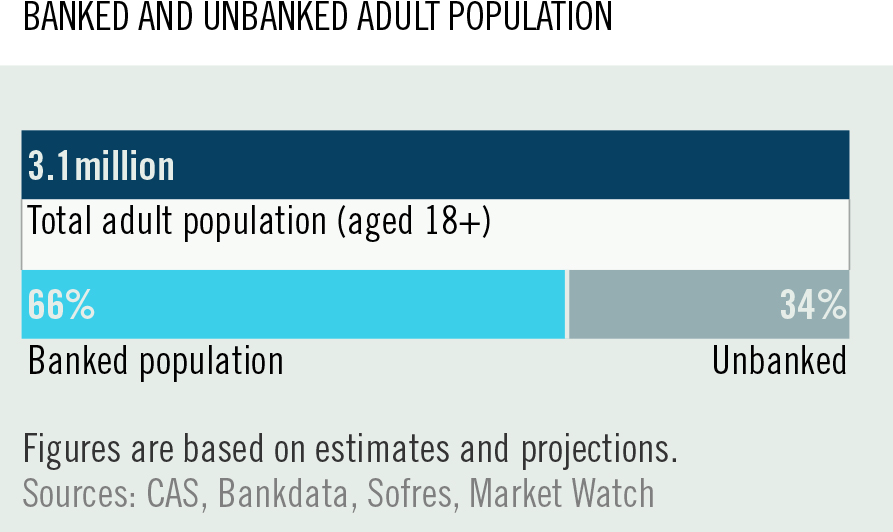