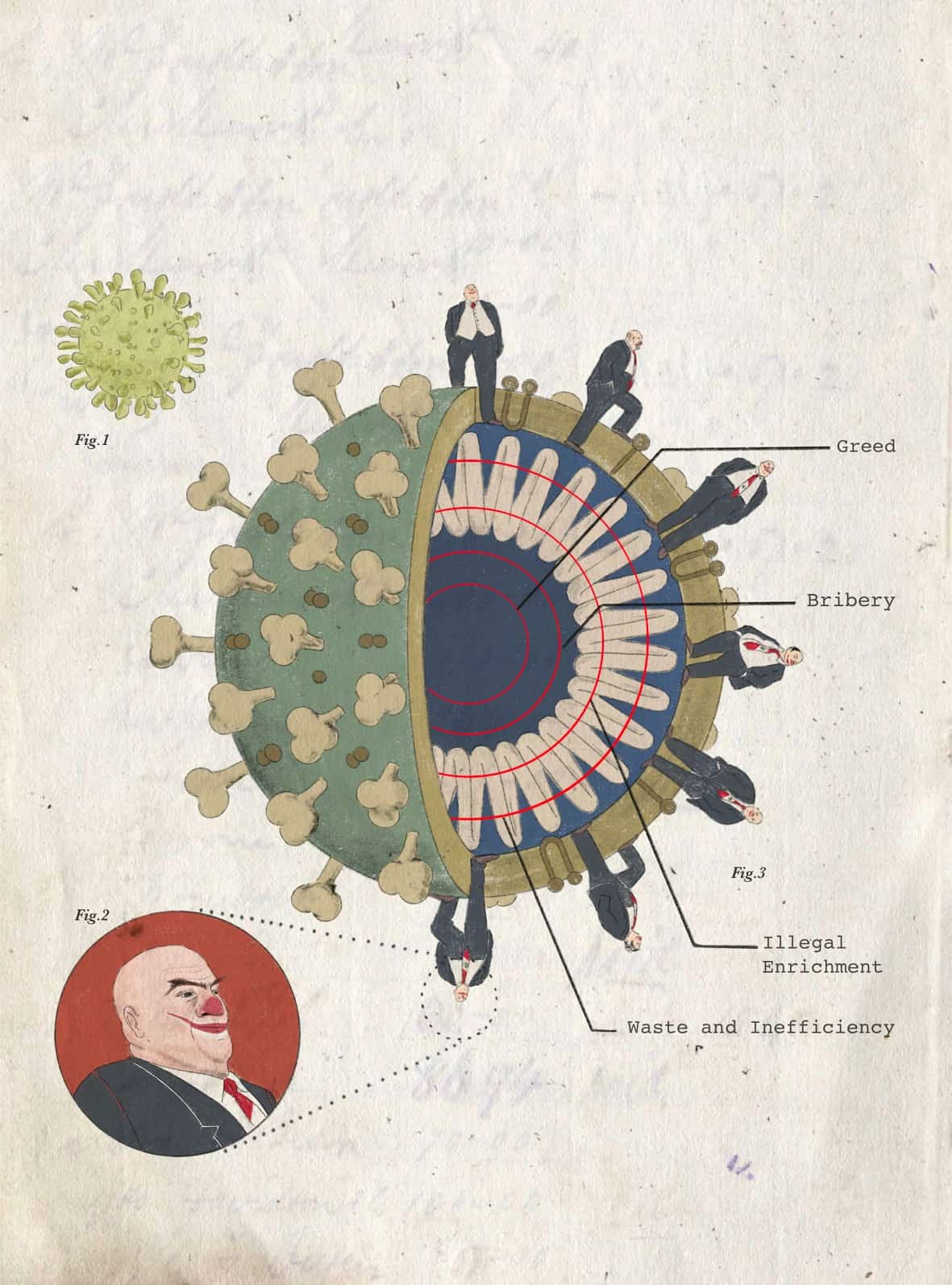 Throughout June and July, the Executive team, in partnership with the United Nations Development Programme (UNDP) and experts both in and outside the country, was working on a special report on anti-corruption in Lebanon.

It was to be the main focus of the magazine; we had a cover commissioned and executed perfectly by illustrator Sasha Haddad, that compared our politicians and the corruption in the country to the true virus that threatened the health of the nation.

We were due to publish this special report in our July/August issue at the start of this month, but as we waited for the last stragglers to come through, the unthinkable happened. On August 4, an explosion at the port of Beirut ripped through the city, killing at least 180 people and wounding more than 6,000. More than a hundred thousand were left homeless, as the damage pushed out from the port in the form of a blast wave that shattered homes, hospitals, schools, and businesses in Karantina, Gemmayze, Mar Mikhael, Geitawi, and other areas of the city. It was an explosion of such magnitude that it was felt as far away as Cyprus.

It took only seconds to destroy half the city and shatter the lives of those who lived here and those who care for them. Our own team was spared serious injury, but several of us who live close to the port saw our homes wrecked by the blast wave. In the days that followed, our focus was inward, on our own lives, as we cleared out the glass and the broken doors in a state of shock.

The scale of the trauma, the destruction, even two weeks out, is still hard to comprehend. We can’t yet know its true impacts.

But what we do know, is that the words written in these next pages, even though they were penned before this deadly and devastating explosion, retain every bit of their relevancy. Because this wasn’t an accident. This was gross criminal negligence.

The corruption that has eaten at the core of life in this country was the same corruption that saw 2,750 tons of ammonium nitrate sit, half in ripped bags, at the port for six years, as port authorities, the judiciary, and successive governments passed around responsibility and those with a duty of care did nothing to protect us.

Corruption has killed and maimed so many of us, and broken the hearts of those who survived.

Speaking to a Norweign foreign affairs magazine, Arkan el-Seblani, head of UNDP’s regional anti-corruption and integrity team in the Middle East and North Africa, and co-author of the first of the articles in this special report, said that it was not just poor control procedures at the port that resulted in this deadly blast, but that port operations are divided between many and often rival agencies, diluting responsibility between them. The port in this sense can be seen as a microcosm for successive Lebanese governments, and the ultimate example of a statist pattern of criminal negligence where responsibility was shared by all and so taken by none.

As international donors bring in emergency aid, thoughts turn by necessity to long-term reconstruction needs. The risk for corruption to take hold is real. We need accountability on the ground to ensure there is no misuse of funds, and that those responsible for this disaster do not siphon the aid coming in to act as benefactors to their particular groups.

Lebanon is in mourning, for those lost, for those left behind. There can be no more business as usual after this. This is the point where we say in collective voice: no more. No more evading responsibility. No more delaying reform. No more indignities foisted upon the people.

It is our hope that the articles in this special anti-corruption report can help begin necessary conversations, on the anti-corruption movement in Lebanon, on access to information, on asset recovery (the legal framework, lessons from other states, legal tools, and specialized anti-corruption courts), and on judicial capacities.

Corruption is a virus that Lebanon has suffered from for far too long.