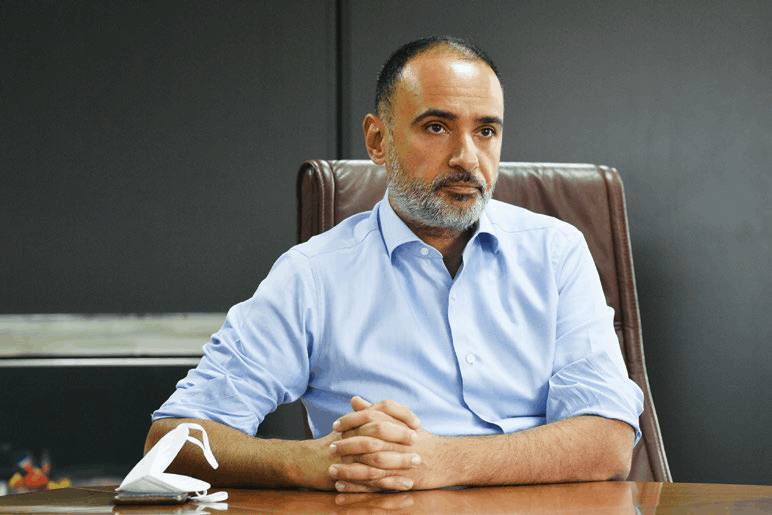 Over two decades of experience

The Investment Development Authority of Lebanon (IDAL) was established in 1994 with an economic vision to attract mega investments to the country. It targets foreign and local investors and provides them with services on three main levels: investment promotion, export promotion and startup support. IDAL grants incentives and provides facilitations to eight priority sectors that represent promising opportunities in terms of investment, and have an impact on socio-economic growth. These are agriculture, agro-industry, industry in general, media, technology, IT, telecommunication and tourism. IDAL is currently offering its services to more than 80 investors, and aims to reach double the number during the term of the new board of directors.

Executive talked to Dr. Mazen Soueid, chairman and general manager of IDAL, who shares about the initiatives of the new board, and the different programs and agendas that support large and small businesses, despite the difficult times that Lebanon is facing.

IDAL’s new board of directors was appointed on October 10, 2019, which created a major strategic shift after 14 years of having the same board. “We instituted this board at a time that Lebanon is witnessing unprecedented changes and events, and we are working on rebuilding the institution,” reveals the chairman.

The new board is composed of young members, with expertise in the Lebanese private sector. It is composed of Dr. Mazen Soueid (Chairman and general manager), Alaa Hamieh (Vice President), Simon Souhaid (Vice President), Me. Rana Dabliz, William Charo, Mohamad Al Mohtar, and Me. Rabih Maalouli. The board members are well known in the business, economy, real estate, entrepreneurship and law fields. “I was appointed chairman after long experience in both international and local policy making, and I came to IDAL with big ambitions,” said Soueid.

Despite all the events that hit Lebanon, Soueid has high hopes in Lebanese investments. “I learned to look at crisis as a great opportunity,” affirms Soueid, “The period of feeling down is behind us. We started to adapt and we are preparing many interesting ideas.” He also points to the necessity of preventing citizens from losing faith in the country and providing them with motivation. “I understand my friends who packed and left, but I do not agree with them,” Soueid said. “The country is not a hotel and I have to fight to make it a better place.”

IDAL supports investors on different levels in the pre-investment, financing and licensing stages with various services. It offers a package that comprises fiscal, financial and non-financial incentives. The institution helps in getting investments exemptions from corporate income tax, reduction on land registration fees, the issuance of administrative permits and licenses as well as granting employees work permits. The service also provides information and data on different investment opportunities, in addition to legal and tax advice. IDAL ensures follow-up with investors after starting their operations for an opportunity to grow.

IDAL started building an initiative last December called The Business Matchmaking Platform. Soueid describes its role as “the bread and butter of what the investment promotion authority should do.” He explains further, saying, “I wanted to channel large depositors, big investors and expatriates who can no longer access credits from the banks, into an investment opportunity. We invited many small, large businesses and SMEs at all levels to open their capital for investment in this very challenging time.”

Through this platform, IDAL offers finalizing the due diligence and the high-level presentation for those wishing to invest or those wishing to increase/open their capital. However, the launch of the platform on the national level was postponed due to the Covid-19 crisis that was followed by the Beirut 4 port explosion.

IDAL affirms that many investors reached out to the institution early in the crisis, wishing to manufacture -in Lebanon- the imported products that are disappearing from supermarkets. So, the institution was able to support them in finding lands and zones with tax incentives.

“Investors come to IDAL to validate their investment idea because we have the market know-how, but they are not doing it initially to be incentivized or to get tax credits,” explains Soueid, “They are doing it because they believe that a crisis is an opportunity and these are the people that we enjoy working with.”

As per law No.360 (16-08-2001), IDAL is entrusted in helping Lebanese producers identify new markets. It has three programs that work on promoting the exportation of products and services. It helps investors in branding, developing their business strategy and identifying the markets to which they can export, specifically in the fields of industry and agriculture. In addition to this, the authority funds the participation of investors in international fairs or events, and connects them with foreign distributors through B2B meetings, especially in the gulf countries.

“I went within three months of my appointment as a Chairman to KSA, UAE, Bahrain, Kuwait and Jordan, where I met with the heads of chambers, and discussed the importance of Lebanese products in their markets during this crisis,” confirms Soueid, “We identify in every country the added value and the comparative advantage of Lebanese products depending on the interest.” He added that many activities were postponed due to the hit of Covid-19, yet he aims to relaunch the initiative of connecting the Lebanese exporters directly to distributors in the gulf, once the Covid-19 vaccine is projected to be availalbe in Spring 2021.

IDAL’S Chairman explains that the Lebanese private sector has been introverted for a long time, in the sense that there is high domestic consumption with minimal exportation. In this context, he says, “The company that cannot export cannot survive, because Lebanese purchasing power is significantly poorer than it was a year and a half ago. And thus, domestic companies cannot increase their sales, but the cost is increasing due to the rise in price of raw material.” He also mentions that, “In order to export, investors need to become more productive, more competitive and more efficient.”

Supporting startups is very important at IDAL. “Part of my vision for IDAL is to focus on startups, the knowledge economy and the media sector, which will create the advantage of making Lebanon an outsourcing hub; especially that investors will be working from Lebanon and get paid abroad: the money they will be making will be spent here,” affirms Soueid.

“We have established the Business Support Unit (BSU), that is responsible for providing free services for people who have ideas, existing business plans or projects in the sectors we target,” explains Soueid, “We help them run their business and provide them free legal, audit and tax advice. We also assist them in finding angel funds, accelerators or incubators in some cases through our chain of networks that we work with very closely.”

Soueid views IDAL in a different perspective from other institutions. He explains the recognition of institutions, saying, “What is special about IDAL is that although it is a public institution, yet it works little with the public sector. It is an unusual public company that works with the private sector.”

Chairman and general manager Soueid, revealed exclusively to Executive, the new initiative that IDAL will be launching in 2021. “We are going to launch a Private Sector Development Agenda,” announced Soueid. “It is overreaching and ambitious, and it will be the best example for public private partnership. It will include how a government agency can work with the private sector in a transparent way to help it achieve its objectives,” explains Soueid.

IDAL’s chairman believes that it is the time to make the Lebanese private sector strong and easy to invest in, since it brings growth to the Lebanese economy. “We will work with the existing companies and businesses, to help them reform and reorient their operations towards export,” he mentions, “Once the situation in Lebanon changes, by getting the IMF program, reforming the banks and the political clouds are gone, we will be able to attract many investments because the private sector will be ready.”

IDAL is considered a crossroad between the private and public sectors, and is always open to collaborating with and between both sectors. The new board established a workshop to reform the institution’s decrees – that were not updated for a very long time – and many ministers were invited to IDAL’s premises to discuss future collaborations and projects. “We have to work all together as public institutions and ministries regardless of politics in order to provide the best service to the ultimate consumer which is the Lebanese citizen,” says Soueid.

To step back to the macro level, Soueid views that it is crucial for the new government to be able to attract fresh funds to Lebanon because this will be the only way to sustain Lebanese purchasing power. “Without injecting fresh dollars into the economy, we will see the parallel rate depreciating, the purchasing power eroding and Lebanon will be digging deeper into the crisis,” said Soueid.

Promise for youth and fresh graduates

IDAL offers the opportunity for all university students and fresh graduates to have internships on its premises. It makes sure to provide them with professional training and to link them with the network of investors that the institution works with. “IDAL is open to youth and fresh graduates at all levels, and is ready to provide guidance for startups ideas,” the chairman explains, “We will help them on the macrolevel to work for a better Lebanon and advocate the right policies.”

Projections for the new year

Soueid concluded by sharing his thoughts on the new year projects that will start coming to light in the first three months of 2021, saying, “If we can achieve excellent outcomes that shine in collaboration with the private sector, then I will say that I came to IDAL for a reason. In the most difficult time, it was fate and not misfortune.”

“As a chairman and as a board, we are working to make IDAL in 2021, an exemplary public institution through our private sector agenda, to establish a hub of excellence that will remain after the tsunami recedes,” Soueid emphasizes.