Why Citibank wants to stay in Lebanon

International banks have been leaving the Lebanese market or selling off some of their operations. Last year, HSBC reported that they were to discontinue any sale of their investment and wealth management products in Lebanon as part of their global strategy to exit their less profitable branches. Similarly, the recent bidding process between local banks over who will acquire Standard Chartered’s retail banking operations is nearing completion, according to a source close to Standard Chartered. Most recently, reports emerged that Lebanese franchise of Jordanian-owned Ahli International will be acquired by the Lebanese Fransabank.

[pullquote]Citi’s main activities in Lebanon include acting as a US dollar correspondent, performing transactions abroad on behalf of Lebanese banks and financial institutions[/pullquote]

Lebanon has witnessed many waves of international banks exiting the market since its pre-civil war glory days where it enjoyed the status of being the banking hub of the Middle East. Many banks left during the civil war only to be re-established after it ended. But recent cases of banks exiting or divesting from Lebanon raise the question of what would motivate an international bank to maintain a presence in Lebanon.

Both local and strategic

Despite recent exits, the decision of these international banks to stay or leave the country doesn’t depend entirely on the Lebanese environment for banking. Their overarching corporate strategy is a large determinant in whether or not these continued operations make sense. 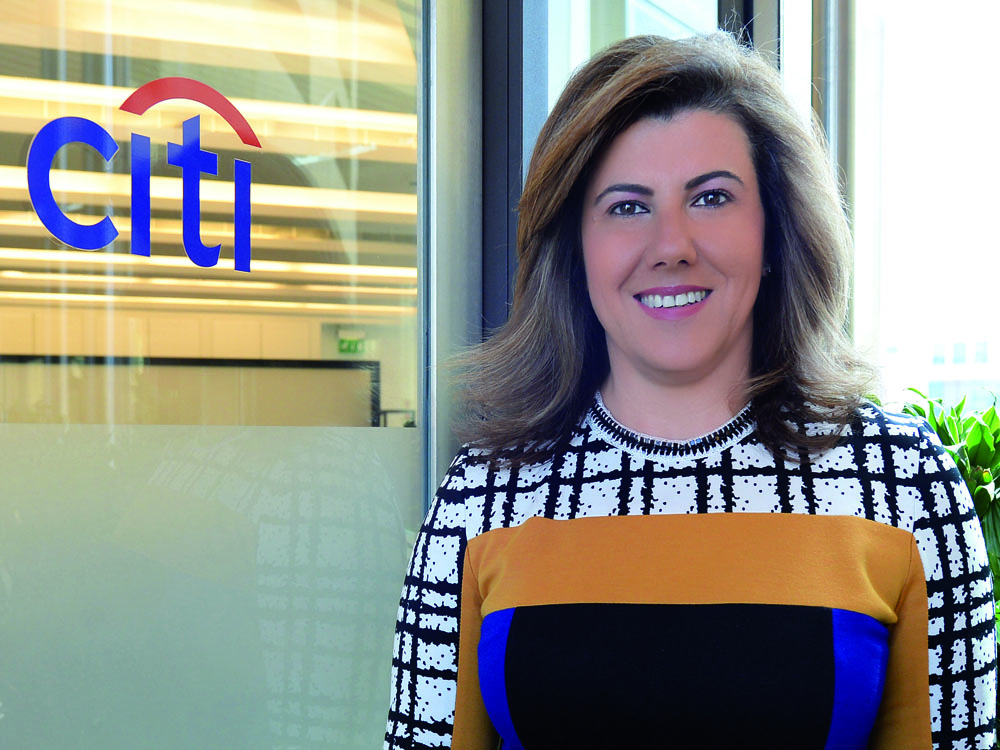 In the case of the Lebanese unit of global financial group Citi, managing director Elissar Farah Antonios explains that having a far-reaching global presence is one of the bank’s top priorities. “This is something that we’re not going to change as a strategy, not only for Lebanon but globally,” she says, claiming that Citigroup’s presence in roughly 160 countries includes some that have much more challenging economies than Lebanon.

Registered locally as Citibank, the group first came to Lebanon in the 1950s, where its Beirut office used to be the hub for the region, explains Farah Antonios. Though they were forced to leave during the civil war, they re-established the branch in 1996.

Farah Antonios describes Citi’s presence in Lebanon as “part of our global footprint.” She adds, “As long as it makes sense for us to be doing business in the country … as long as we can run our business with an acceptable efficiency ratio, we’re going to be here.”

Citi is determined to stay in Lebanon and Farah Antonios sees no reason why they would want to leave any time soon. She claims that the branch has an efficiency ratio of 38 percent, meaning for every dollar made it costs 38 cents. “It does very much justify us being here,” she adds.

[pullquote]As few foreign banks are left in Lebanon, they remain one of international companies’ few options to be serviced by a bank with a large global presence[/pullquote]

In 2013, Citigroup made $13.7 billion in profits worldwide, its largest take since the 2007–2008 financial crisis, according to its annual report.

When it comes to Lebanon, Farah Antonios explains that the country represents added value for their institutional client group — international clients who would bank with Citi anywhere in the world. This institutional client group includes financial institutions, large corporations and governments. According to Farah Antonios, Citi’s main activities in Lebanon include acting as a US dollar correspondent, performing transactions abroad on behalf of Lebanese banks and financial institutions, servicing Lebanese businesspeople who do business outside of Lebanon, as well as servicing the public sector — a very active business ever since the Ministry of Finance launched its Eurobonds.

In addition, Farah Antonios explains that the branch plays an important role acting as “ambassadors” of Citi, whereby if a client requests a product or service not available locally, they can outsource it to the bank’s regional headquarters in London. “We’re only 30–40 employees, so we clearly don’t cover all the products that Citi has.”

Though Beirut is no longer Citi’s main hub for the region, they still see it as an important foothold. “We’ve lost some global clients to Dubai, but it still justifies servicing out of Beirut,” says Farah Antonios.

As few foreign banks are left in Lebanon, they remain one of international companies’ few options to be serviced by a bank with a large global presence.