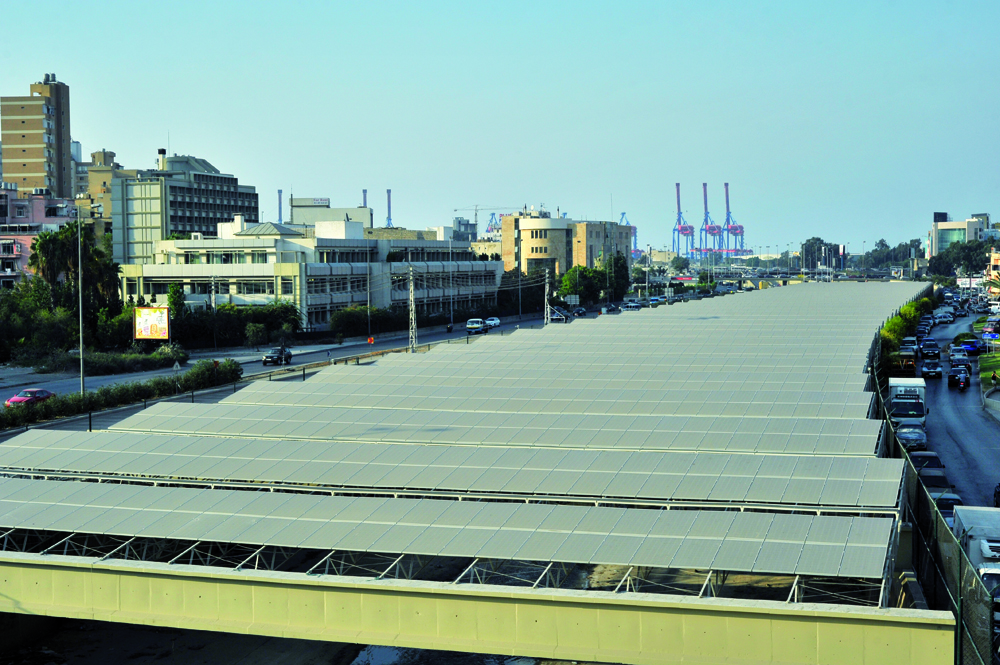 Last month’s heat wave saw near record highs in temperature and heat indices across Lebanon, causing rolling blackouts on top of the regular scheduled electricity cuts in Beirut. Amid the power shortage comes 1 megawatt of good news – the Beirut River Solar Snake (BRSS), a photovoltaic system spanning the Beirut River, has been switched on.

“The Solar Snake is on and already feeding electricity into the network – now it is connected to the grid and is in a testing period, but we didn’t announce it yet officially,” says Pierre Khoury director of the Lebanese Center for Energy Conservation (LCEC). He says the BRSS began its testing phase at the end of July and will be announced in a formal ceremony before or during September’s Beirut Energy Forum. Ferial Nohra, assistant general manager at Phoenix Energy, confirmed to Executive by email that the photovoltaic system is feeding electricity into the public grid.

BRSS was originally scheduled for early 2015, but a long winter season, Khoury says, plus final preparations and aesthetic installations – a chainlink fence, greenery, and signage – delayed delivery by nearly two months. “We could announce it today but we’re waiting for the right moment to announce to give [BRSS] visibility,” Khoury says.

The BRSS is a two phase project with a total planned output of 10 megawatts. Khoury says the LCEC has begun planning for the next phase but is currently focused on designing a 1 megawatt solar farm to be built at the Zahrani oil installations south of Beirut.