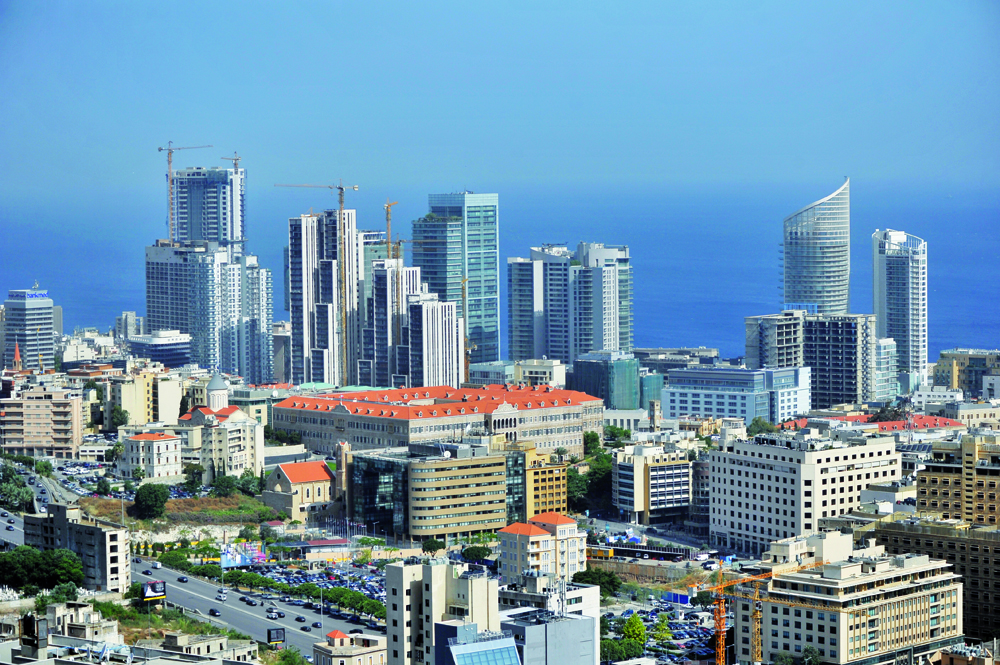 Incomplete as they are, the numbers look bad for Lebanon’s real estate sector in 2015.

Construction permits are down. The number of transactions is down. Cement deliveries are down. Full-year stats were not available at time of writing, but year-on-year comparisons of the most recent data point to a deepening slump after a boom phase that ended in 2010. That said, developers continue to insist that large, unsold apartments in Beirut do not accurately reflect the state of activity in the market as a whole. With help in the form of subsidized loans made possible through central bank stimulus packages since 2013, young Lebanese couples are still buying, and population growth guarantees local demand for both residential and commercial properties, developers say.

How bad? Tough to say

Available data on the sector, however, prohibits in-depth analysis. Construction permits are misleading. The recipient of a permit has several years to actually begin construction (which he or she can ultimately decide not to do at all), and permits include a developer’s multi-building gated community as well as a private resident’s plans to build a new car garage. Cement deliveries are equally all inclusive, meaning when the corner store goes belly up and the next tenants bring in cement to convert the space to a sandwich shop, deliveries tick up. The statistics on real estate transactions, meanwhile, are also too vague to be of much use.

As Executive highlighted last year in our Facts and Forecasts edition, the sale of a new apartment is only captured in the statistics once the property deed is handed over to its new owner. The standard marketing strategy for any new development in Lebanon, however, focuses on ginning up a high volume of sales before and during excavation – in part to help finance the project. This means that a sales contract between developer and future owner can be signed years before the sale shows up in the numbers and that delivery of a large-scale project can misleadingly boost the data. On top of that, “real estate transactions” – as delivered by the Central Administration of Statistics (CAS) – include property sales, inheritances and property donations without a subdivision of the numbers by category. Sales breakdowns by new versus existing stock or residential versus commercial, therefore, are out of the question.

The source of transaction data is also mysterious. All real estate transactions in the country go through the Directorate of Land Registration and Cadastre (DLRC), part of the Ministry of Finance. The DLRC does send out monthly stats covering some of the more mundane of the sector’s goings on (such as how many people asked for new official copies of their property deeds because of damage to the original), but they do not include sales transactions. CAS also produces real estate data, which it says comes from the DLRC office in each district (caza). CAS has real estate data stretching back to 2000; however, data is missing for the years 2006 and 2008. And, as noted above, the CAS transaction numbers lump sales in with inheritances and donations. 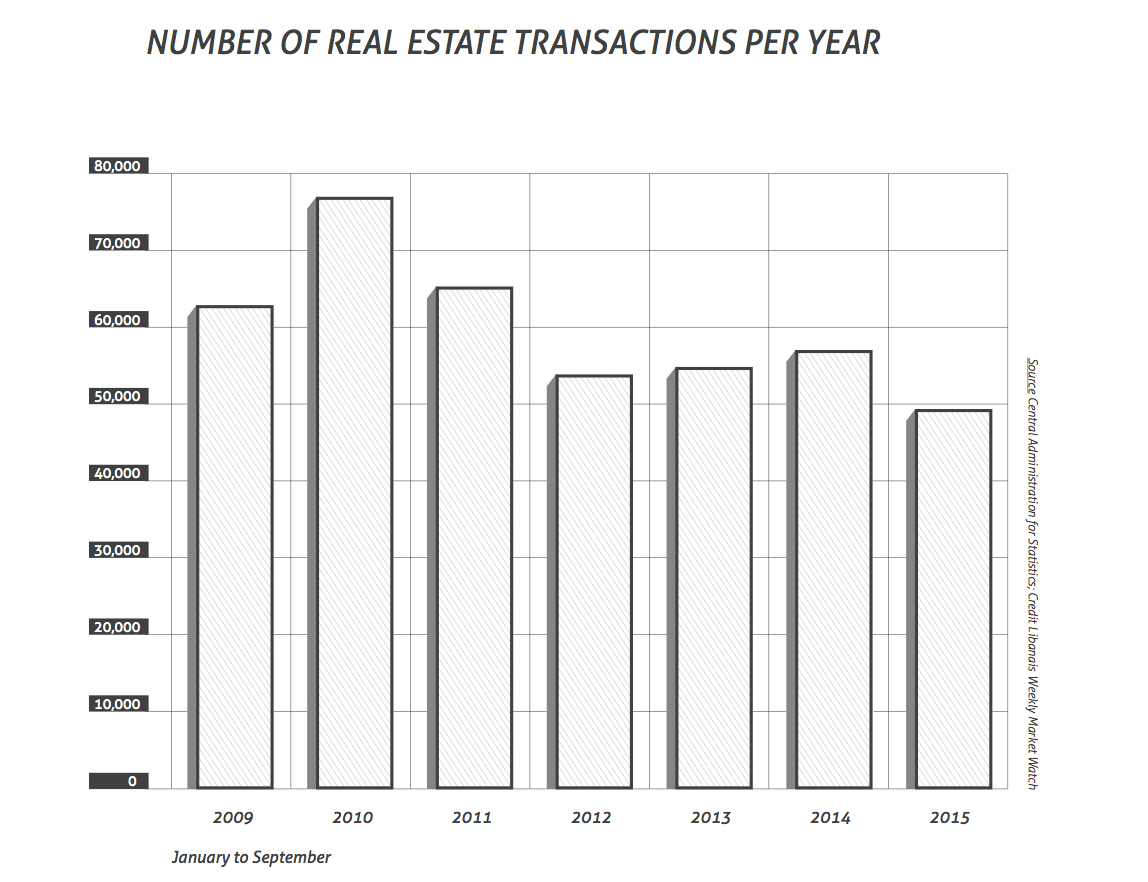 In early November 2015, Byblos Bank announced the launch of a real estate demand index. Entering the press conference, the most pressing question Executive had was, “Where does the data come from?” The answer, as anticipated given the aforementioned statistical insufficiencies for the sector, was disappointing. Numbers for the index come from an opinion survey that asked exactly two questions – “Do you plan to buy a house?” and “Do you plan to build a house?” The bank did not follow up with respondents to find out if they carried through with their plans. And the index – which includes data going back to mid-2007 – shows the same general trends revealed by the already available but incomplete numbers analysts have been using for years. In short, it adds volume, but not necessarily value, to the available data set on the sector.

Earlier in the year, news broke that the Order of Architects and Engineers planned a real estate price index to be launched in the first quarter of 2016. Developers Executive queried on the proposed project welcomed it, but were somewhat skeptical. Namir Cortas and Massaad Fares, heads of both development companies and the sector’s two syndicates, say neither syndicate is directly involved, but note the market needs this data. Aysar Abillama, CEO of Injaz Holding, says he doubts the project will actually be implemented. The price index would undoubtedly be useful for consumers. Take, for example, the issue of prices in 2015. Ramco Real Estate Advisors – the country’s largest intermediary – argues that in Beirut, prices have dropped by less than 5 percent (see Ramco contribution). Developers Executive spoke with said they are offering discounts of 10 to 20 percent. Ramco’s numbers come from its own internal research department, and both journalists and consumers have to take developers at their word. A reliable index would help buyers know where the truth lies and avoid getting ripped off. 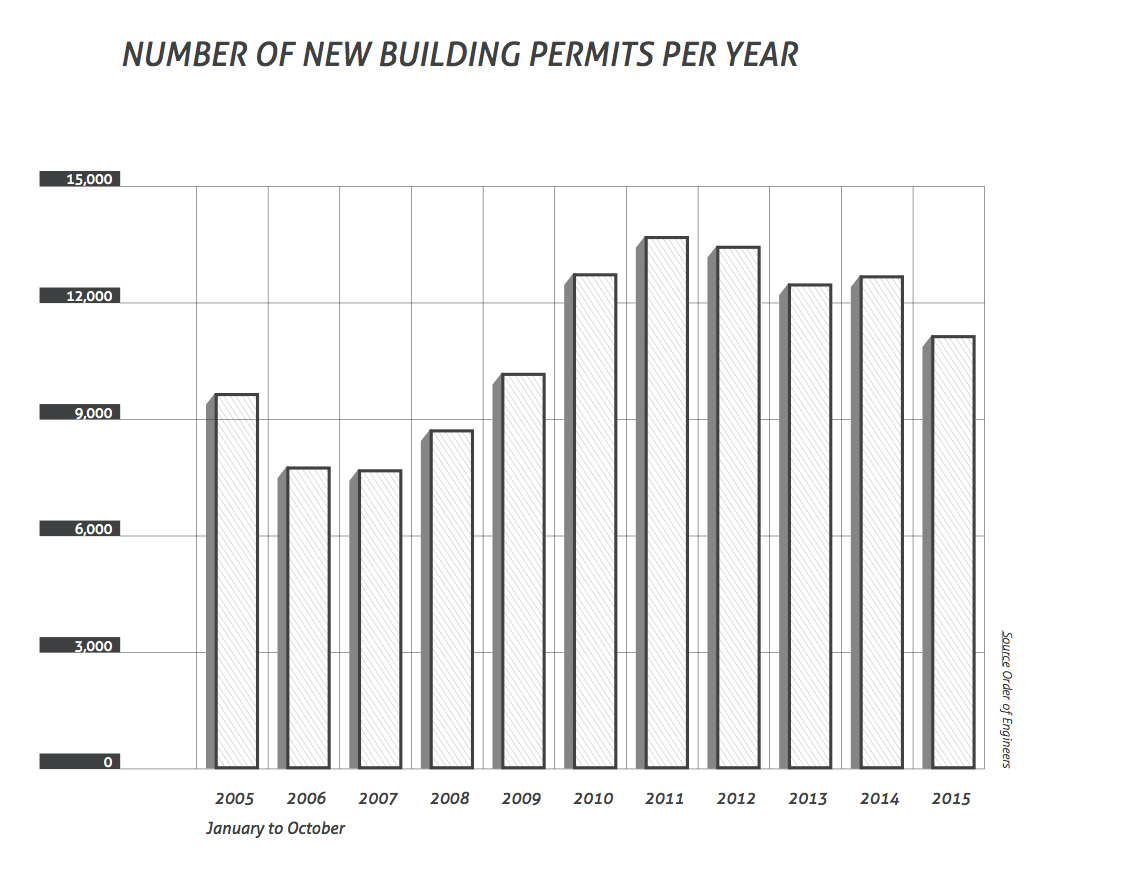 Developers, too, bemoan the dearth of data on the sector. Abillama specifically blamed the media for distorting the state of the market, leading the public to believe the sector is either crashing or about to collapse. “Ask any buyer today, and he’ll tell you, ‘I’m waiting.’ Waiting for what, he doesn’t know. He’s waiting. Everybody’s waiting,” he says. Developers – who obviously have an interest in pushing the narrative that prices will never significantly drop – repeat the same mantra about the never decreasing prices of apartments in Lebanon: Land is scarce, owners generally do not have an urgent economic need to sell and there is an organic demand from population growth that will drive the sector forward with boom years as periods of stability (or relative stability) bring expatriates and foreigners from the Gulf. While developers readily admit that sales of apartments over $2 million in Beirut have been dead for years, George Chewane, CEO of Plus Properties, argues that, with a presidential election and stability, they will go in no time.

In addition to more clarity on the sector in the form of better statistics, developers said the market would benefit from a dedicated ministry of housing. For one thing, it could help equitably solve the old rent issue that has been a problem for landlords and tenants since the end of the civil war. Developers also argue that the borrowing limit from the Public Corporation for Housing (or Iskan, as it is locally known) – which offers Lebanese citizens subsidized home loans – should increase from today’s $180,000. Everyone interviewed for this report agreed that demand is strongest for apartments ranging in price between $200,000 and $350,000. While land plays a part in making that price high and will arguably only push it up, Abillama admits that developers have played their role, too. “In the past 10 years, prices have gone up 400 percent. If you want to be realistic, construction hasn’t moved. What happened is two things: Cost of land went up, and our profits went up.” Asked how much profit margins have risen, he laughs. “Maybe more than the price of apartments. Yes, we are earning much more money.”