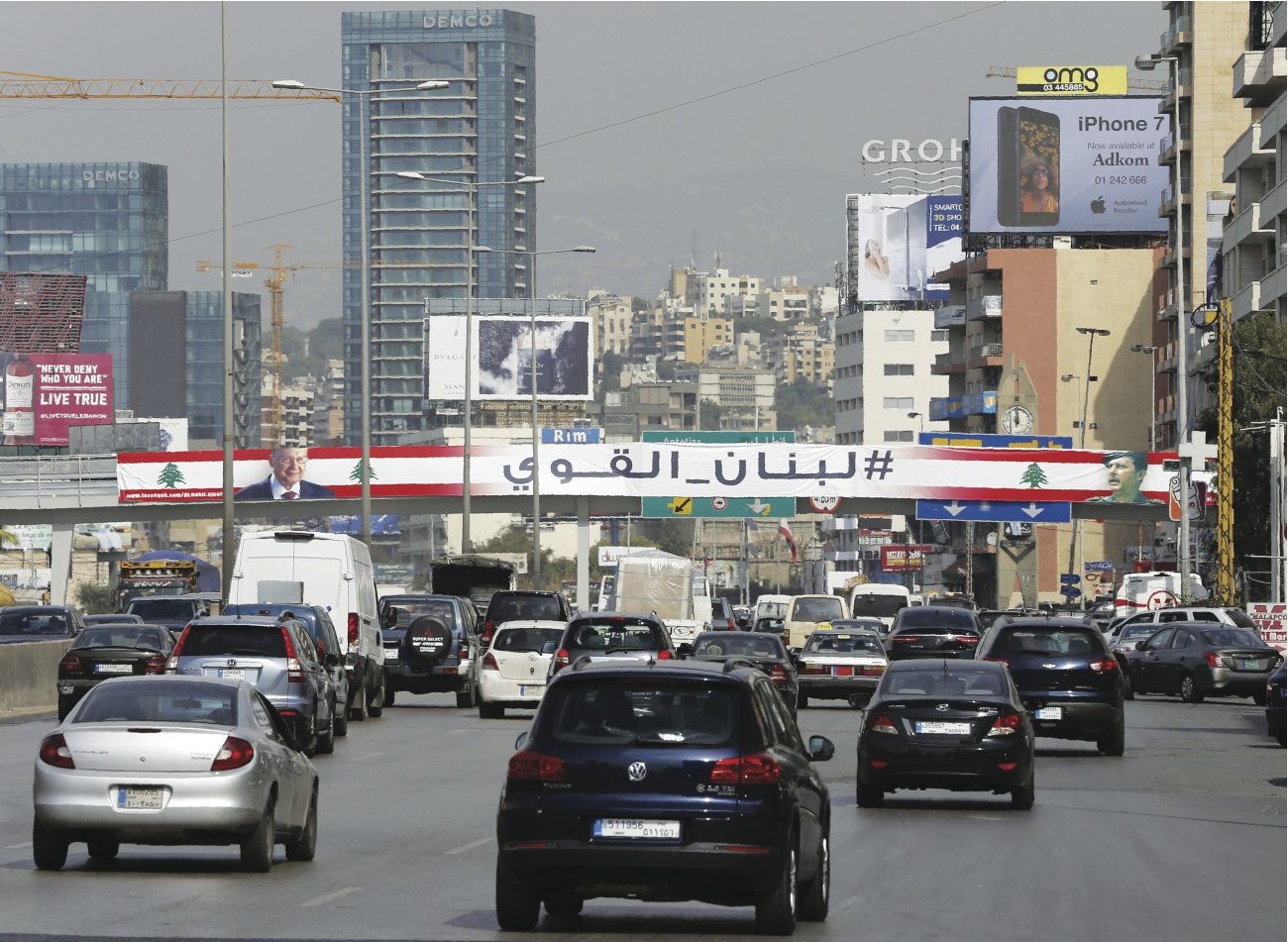 Half a year has passed since CEDRE, the economic conference for development through reforms with the private sector, the latest in a long line of international conferences aimed at propping up an unstable Lebanon. It seems like a good moment to ask what past initiatives and recent developments can tell us about CEDRE’s political context and chances of success.

The outcome of CEDRE that received the most attention in Lebanon was the financial promise of support and development funding to the tune of $11 billion. The funds allocated at CEDRE are of two types: soft loans that provide around $10.2 billion and grants amounting to around $800 million. The World Bank is the main contributor, committing to provide a package of soft and concessionary loans for a total of $4 billion.

As CEDRE was timed to be held just one month before Lebanon’s parliamentary elections, government formation and fiscal reforms were outlined as prerequisites for the implementation of the agreements reached at the conference. Not only has the government formation process been dragging out, but it also appears that any expectation of an imminent regional and international solution settling Lebanese domestic challenges would be misplaced. Under such domestic circumstances, do the CEDRE proposals have any chance to succeed, given the regional dynamics and the conflicting interests of the different stakeholders? Can Lebanon’s economy go on despite the worrying economic indicators? Is there a potential causal relationship between the possible collapse of the Lebanese economy and a renewed refugee influx to Europe? These are questions that international and local observers cannot afford to ignore.

Between internal reforms and geopolitics

Then-Prime Minister Saad Hariri presented CEDRE as a serious engagement by the international community that would prompt Lebanon to start implementing reforms and building a modern state, as a step toward increased stability, growth, and employment. Hariri’s vision was based on four pillars: increasing the level of public and private investment; ensuring economic and financial stability through fiscal adjustment; undertaking essential sectoral and cross-sectoral reforms, including fighting corruption and the modernization of the public sector and public finance management; and developing a strategy for the reinforcement and diversification of Lebanon’s productive sectors and the realization of its export potential.

However, events since CEDRE make it advisable to not only re-examine the determinations and resolutions reached at the conference, but also to take a careful look at some of the realities that are present in Lebanon today—beginning with previous attempts to alleviate problems and achieve reforms in the county.

Since its independence, Lebanon has witnessed several crises that either resulted in a domestic conflict or were resolved by the negotiation of a new political settlement. In both cases, the solutions were inspired and administered by regional and international actors.

Recent Lebanese history teaches us that Lebanon has long been a seedbed for problems hatched elsewhere; it is a country where regional crises have directly impacted its economy and security. The reconstruction period following the adoption of the new constitution in 1990 was the result of the 1989 Taif Agreement. Several international conferences soon emerged to foster the Arab-Israeli peace process, which was a central factor in regional tensions. After the Madrid treaty in 1991, the Oslo treaty in 1993, and the Arabah treaty between Jordan and Israel in 1994, it was time for the peace process to reach Lebanon and Syria. However, in the maze of the Middle East’s search for stability, Syria’s strong man and the main powerbroker in Lebanon, Hafez al-Assad, had a different agenda.

Between 1990 and 1992, Lebanon’s economic situation worsened fast. The LL/USD exchange ratio reached 2,800:1 during the summer of 1992, and inflation rose beyond 100 percent, creating social protests that threatened to result in a new round of internal conflicts. Most of the big players in the LL depreciation process of that period belonged to what many call a “Lebanese Club” of politicians, communitarian leaders and top bankers, in addition to some key Syrian political and security actors.

Post-Taif, a Syrian-Saudi agreement was forged on “constructed stability” for Lebanon. The deal granted Saudi Arabia control over economic progress while Syria presided over the political agenda, effectively sidestepping Lebanese sovereignty. It was in this geopolitical and economic environment that Rafic Hariri, close friend of Saudi Arabia, was appointed as Lebanese prime minister, on October 31, 1992.

Hariri was a dynamic businessman. His plan for the Lebanese economy was to attract investments and inflows of fresh capital from abroad. This made currency stability and the Lebanese lira’s parity to the dollar a necessity, in order to ensure investors secured high yields. Moreover, Hariri’s plan for stability envisaged achieving social peace in volatile times by increasing public spending to create job opportunities, in addition to generating capital investments for the purpose of reconstruction. His main focuses rested economically on increased public expenditures, and politically on the integration of confessional militias, as well as warlords, into the system.

However, the Israeli occupation of southern Lebanon, which drove more locals into the Syria- and Iran-backed “Resistance,” meant that a potential peace process between Israel, on the one hand, and Syria and Lebanon, on the other, was a distant prospect. The eventual disruption and dissolution of the Oslo process and renewed violence in south Lebanon thwarted Hariri’s initial vision for Lebanon’s political stability and economic progress.

Despite notable successes in the reconstruction of Beirut and the rebuilding of the Lebanese economy as a consequence of the lira’s progressive alignment with the dollar immediately after the Hariri era had begun in 1993—and the eventual full peg of approximately LL1,500 to $1—economic problems prevailed and reached new heights in 2000.

In a once again difficult economic situation, Hariri achieved electoral success in 2000 and returned as prime minister. This time, he found a new approach for imposing his economic and political agenda through the promotion of international conferences for Lebanon. At Paris I, in 2001, and Paris II, in 2003, Hariri pushed for reforms of the Lebanese administration and economy. However, due to Syrian refusal, with the collaboration of some major Lebanese political and economic players, the impact of the international conferences fell short of expectations. In order to support Hariri’s plan, and their wider geopolitical aims on the other, the international community demanded Syrian withdrawal from Lebanon in UN Resolution 1559 in 2004. Shortly after, however, the elder Hariri was assassinated.

Opposition to the Syrian presence in Lebanon climbed to new heights after the Hariri assassination. Following Syrian withdrawal in compliance with UN Resolution 1559, the international community voiced its support for Lebanon at the Paris III Conference in 2007, but stabilization efforts failed due to political deadlock between the March 8 and 14 camps, and also due to the socio-economic system whereby household consumption and public budgets were continually allowed to exist on what can essentially be seen as a basis of revolving borrowing or even a snowball finance scheme.

The international and regional political entanglement that hampered previous attempts to implement reforms and capitalize on foreign economic support to counter domestic problems must be kept in mind when considering CEDRE’s chance of success. Fast forward to the present time, where Lebanese and international economists are increasingly warning that the country is experiencing a financial crisis that, despite reassurances by politicians and central bankers, could threaten the national exchange rate and the banking sector if appropriate and specific actions are not implemented. The growing need of Banque du Liban (BDL), Lebanon’s central bank, for fresh US dollars, and the growing fiscal deficit and government debt, is heavily pressuring the Lebanese economy.

The lebanese business and political model

Since October 1992, the Lebanese business model can be summarized as follows: Depositors place their money in the bank, which deposits most of those funds at BDL, receiving high returns. Banks also acquire treasury bills from the government, which, in turn, spends money on wages, salaries, and debt servicing to those very same banks. Due to BDL’s and the government’s need for a constant influx of money, the central bank raises interest rates to attract fresh US dollars. Consequently, banks ensure financial and social stability by covering public-sector salaries and by providing high returns on investment to its shareholders. In sum, this creates a system of dependency between the central bank, commercial banks, and the Lebanese government, in which the commercial banks and public servants benefit at the expense of the wider public. In this case, both the central bank and the government are in deficit. More than 90 percent of Lebanon’s debt is held by domestic banks. This model helps Lebanon maintain the USD/LL parity but leads to an economy of clientelism under a “rentier model,” where the central bank gets fresh capital from the commercial banks in return for high interest rates. The Lebanese business model is reflected in cumulative government expenditures. From 1993-2016, the interest paid on debt amounted to $70 billion, a full 33 percent total government spending, at the expense of other vital spending priorities such as infrastructure development. Meanwhile, domestic banks hold over 90 percent of Lebanese debt, with this debt representing about 60 percent of banks total assets.

The economic equation is tied in with the political one. In 2017, Michel Aoun, an ally of Syria and Hezbollah, was elected president after a two-year vacancy in the position. His mandate has thus far resulted in two major domestic decisions. First, a new electoral law, which secured for the March 8 camp a clear majority in Parliament. Second, increased public spending through raised salaries for public servants, which applied more pressure to the country’s economy and sharply increased the state budget deficit.

Hariri’s resignation from the premiership, announced last November from Saudi Arabia and since rescinded, was considered by many to be an action taken by the Saudis against the Lebanese economy. The Lebanese public understood this “resignation” as a Saudi withdrawal from the Lebanese market. This action led to a lack of confidence and trust between local actors. The inter-bank interest rate reached unprecedentedly high levels and treasury bills with 10-year maturity dropped to record lows, resulting in a sharp decrease of confidence in the Lebanese market, with capital inflow failing to increase.

Europe and fears of a

The willingness of the international community to assist Lebanon rests on many political and strategic considerations. Internationally, and during a politically volatile time for Europe, partly due to the refugee influx, Lebanon’s strategic location in the Eastern Mediterranean positions it as a last bastion before mainland Europe. Europe is witnessing the rise of right-wing parties, largely triggered by the large-scale arrival of refugees in recent years. Lebanon is currently hosting more than 1 million Syrians and anywhere between 175,000 to 450,000 Palestinian refugees. In this sense, CEDRE can be seen as an attempt by European countries to contain the ongoing refugee crisis by bringing some stability to Lebanon.

After delving into historic international efforts to revive Lebanon, and taking a closer look at CEDRE, it remains to be seen whether the most recent international donors’ conference will prove successful. Previous international conferences failed due to outside stakeholders’ interventions, mainly from the Syrian regime, and intransigence by major players in Lebanon. In this regard, it is also necessary to take account of Europe’s anti-migration stance as well as Iran’s increased stake in Lebanese politics. In the end, reforms needed to unlock CEDRE financing and put Lebanon back on the path toward renewed economic growth and monetary stability will require compromises from political and economic Lebanese stakeholders, and a willingness to break from past behavior. This will be the biggest factor in determining whether CEDRE will eventually be viewed as the catalyst for a more dynamic Lebanese economic model, or as another missed opportunity to bring economic progress and desperately needed stability to the country.