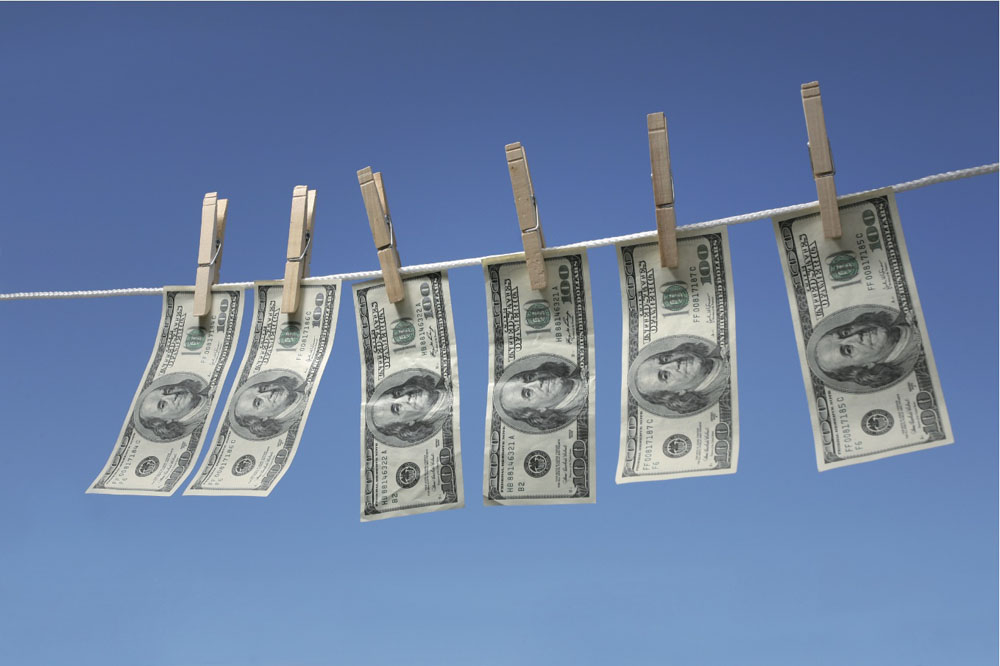 They were under surveillance for at least a year until the door was kicked in. Business was good, product was moving quickly and the cash was flowing, enough so to catch the attention of multiple international law enforcement agencies. But on the last Thursday of January the jig was up. Two individuals, Mohammad Noureddine and Hamdi Zahereddine, and their front company, Trade Point International sarl, were hit with financial sanctions by the United States Treasury Department. The signal to move in came only a couple of days later. At least four individuals, including Noureddine and Zahereddine, were arrested by French authorities based on leads developed by the United States Drug Enforcement Administration (DEA). On the first day of February, the DEA announced the arrests as part of “Project Cassandra,” an operation targeting what the agency alleges is a global drug trafficking and money laundering network overseen by Hezbollah.

The DEA suspects that hundreds of millions of dollars in drug proceeds in Europe were washed through a network of underground cash couriers, a cash disbursement system commonly coined “Hawala” (see story page 102). A large portion of the money, says DEA spokesman Rusty Payne, passed through Lebanon, where Hezbollah allegedly took its cut of the cash to purchase weapons for its fighters in Syria, before forwarding the remaining amount onto drug traffickers in Latin America. The bust, the DEA says, stems from leads uncovered during the investigation into the Lebanese Canadian Bank back in 2011, and is a logical continuation of America’s financial war on terror that has Lebanese authorities deeply concerned.

It only took a matter of days for American authorities to assign responsibility for the September 11, 2001 attacks on the World Trade Center in New York City’s lower Manhattan to Osama bin Laden’s Al Qaeda. Recognizing that military options alone would not effectively disrupt the Al Qaeda network and other groups like it that spanned the globe, the United States introduced sweeping new legislation to target and freeze the financial assets of those it suspects of financing terrorism.

“Today,” American President George W. Bush said in September 2001 when announcing Executive Order 13224, “we have launched a strike on the financial foundation of the global terror network.” The order authorized the Treasury Department, through its Office on Foreign Asset Control, to designate and block the financial assets of specific individuals or organizations that provided support to or were otherwise affiliated with the terrorist organization. A month later, the PATRIOT Act was born.

Among its many facets, the PATRIOT Act strengthened anti-money laundering rules and expanded the resources and tools available to US government agencies in pursuing those suspected of abetting terrorism financing. In 2011, the DEA and the Treasury Department invoked the PATRIOT Act in their investigation of alleged laundered drug proceeds at Lebanese Canadian Bank.

The DEA and the Treasury Department in recent years have designated a number of affiliates supporting alleged Hezbollah drug trafficking and money laundering activities. Notable cases in the last year singled out two individuals connected to Lebanese financial institutions. In June 2015, the Treasury Department sanctioned then-chairman of Middle East & Africa Bank (MEAB) Kassem Hejeij. In a statement announcing the sanctions, the US  government stated, “Hejeij has helped open bank accounts for Hizballah in Lebanon and provided credit to Hizballah procurement companies.” Hejeij was sanctioned as an individual but the bank was not mentioned. Covering the fallout of the sanctions, Executive reported that “MEAB and other companies under Hejeij family ownership were excluded from American action and thus it was prudent to protect the economic assets from being sanctioned by association. Advised by legal experts and central bankers, Kassem Hejeij immediately decided to step down and fully divest his shares in the bank he had founded in the early 1990s.”

In October 2015, the Treasury Department froze the assets of another individual connected to the banking community, this time Lebanese businessman and former IBL Bank board member Merhi Ali Abou Merhi. The US government alleged Merhi enabled a money laundering and drug trafficking network benefiting Hezbollah, but again no finger was pointed at the bank.

The sanctioning of individuals with close ties to Lebanese financial institutions is concerning, but protecting the integrity of Lebanon’s financial system has been at the center of the Banque du Liban, Lebanon’s central bank, agenda for some time, driven more by financial rather than political concerns. In early 2015, a new law to strengthen anti-money laundering (AML) and counter-terrorism financing (CTF) rules was submitted to Lebanon’s Parliament, but an impasse in the legislature delayed the law’s ratification until November 2015. Lobbying by the central bank pointed out that the law was an absolute necessity, that without it Lebanon might be blacklisted and barred from the international financial system. For Lebanon’s central bank skirting international compliance rules is a red line. Best practice set forth by the Financial Action Task Force (FATF), the international body coordinating reforms of countries’ AML/CTF rules, prescribes money laundering as a criminal offense. The new law amends previous rules to widen the definition of money laundering and further empowers the central bank to trace questionable transactions and freeze assets. The law was preceded by a 2014 central bank decision requiring banks to appoint AML/CTF compliance officers, and a 2013 central bank decision tightening cash transfer rules.

The focus of Lebanon’s central bank, in conjunction with the Association of Banks in Lebanon (ABL), has been to assert that the local banking environment and framework are compliant with international standards and that Lebanon can be a safe and attractive banking location. ABL has allocated resources toward the implementation of AML/CTF compliance in terms of training Lebanese banks employees. According to its 2014 annual report, the latest available, ABL organized a conference on money laundering compliance that attracted 117 bank representatives. The ABL says it also organized 13 intensive workshops and 19 in-house sessions on the issue, training 263 and 453 participants respectively. ABL did not disclose the amount of money it spent training and educating Lebanese bankers on AML/CTF compliance that year.

[pullquote]Protecting the integrity of Lebanon’s financial system has been at the center of the central bank’s agenda for some time, driven more by financial rather than political concerns[/pullquote]

While the new laws and rules for banks seem to satisfy international standards, it is not yet fact. Following February’s FATF plenary meeting, Central Bank Governor Riad Salemeh said that FATF “asserts that Lebanon complies with all the legal and implementation requirements in terms of fighting money laundering, terrorist financing … and that it [the central bank] will not be submitted to any surveillance or follow-up.”

His statement does, however, make sense when considering the motives of the different stakeholders. What Americans and the FATF are doing are not exactly the same, so what Salameh may be referring to is the general relations with the FATF as opposed to the consensus in the United States. FATF is political, but in an institutional way, while in the US the issue is political in the sense that representatives and senators jockeying for position have legislated the issue, driven by the sentiment of revenge and to placate political rivals that object to rapprochement with Iran.

So that may be the logic behind the governor’s statement, and the FATF might not want to talk about Lebanon because of America’s involvement in the standard-setting body – one can easily imagine that US politics would have an interest in influencing FATF attitudes.

A flurry of activity and travel to the United States in the opening months of 2016 by Lebanese government and banking officials indicates Lebanon’s mounting concern over the implementation of terrorism financing legislation by the United States, specifically the Hezbollah International Financing Prevention Act (HIFPA), ratified into US law in December 2015. The law may be driven more by American politics rather than regulatory need, says Ibrahim Warde, an expert on terrorism financing at Tufts University. He tells Executive that “because the deal with Iran was succeeding, I think [HIFPA] was a way of silencing those critics of the Iran deal. They [US legislators] were saying that once sanctions against Iran are removed, they’ll be flush with cash that [Iran] might give to terrorists.”

The stated purpose of the HIFPA legislation is two fold. The first intention is to prevent Hezbollah’s worldwide logistical and financial networks from operating, thereby curtailing available funding for its activities. The second intention is to make available all tools and resources to US agencies in order to block Hezbollah from the international financial system.

Lebanese officials have sought to curb the impact of such legislation on Lebanon’s financial system. ABL leaders are rushing to the US, as well as leaders at the Union of Arab Banks (UAB), because there is a regional risk for Arab banks, including those in Lebanon. UAB, along with ABL, have been very concerned since 2002 about US anti-terrorism finance regulations that have targeted Arab banks. Through 2015, ABL spent a tidy sum lobbying the US government. ABL does not publish its budget, but according to opensecrets.org, a website that compiles lobbying reports from the US Senate’s Office of Public Records, ABL has spent over $2 million since 2012 lobbying the US Government on bank regulatory issues, international banking issues and, specifically, on the HIFPA.

In a statement following a mid-February meeting between American Chargé d’Affaires and interim Ambassador Richard Jones and Speaker of Parliament Nabih Berri, Jones stated that a parliamentary delegation would visit the United States to discuss “the impact on Lebanon of the implementation of the Hizballah International Financing Prevention Act of 2015 (HIFPA).”

[pullquote]ABL has spent over $2 million since 2012 lobbying the US government on bank regulatory issues, international banking issues and, specifically, on the Hezbollah International Financing Prevention Act[/pullquote]

According to a report by Lebanese television channel LBC, the delegation traveled to the US in late February to meet with officials from the White House, the Treasury Department, the National Security Agency and members of Congress to discuss American financial sanctions legislation. The delegation reportedly included parliament deputies Yassine Jaber, Alain Aoun, Mohammad Qabbani, Robert Fadel, Bassam al-Shab, as well as Ali Hamdan, advisor to Speaker of the Parliament Nabih Berri. Minister of Finance Ali Hassan Khalil reportedly also has plans to visit the United States but a ministry spokesperson could not indicate when the trip would happen or who the minister would meet with by the time Executive went to print.

The position that Lebanese officials might put forth can be summarized thusly: that Lebanon is in full compliance with international banking standards and that the legislative framework and central bank AML/CTF rules are being implemented to curb money laundering activity. But implementation of HIFPA will further pressure Lebanon’s financial institutions because the law places responsibility on banks to not knowingly facilitate financial transactions for Hezbollah. Because American financial intelligence – and to what extent information is shared with Lebanese counterparts is not clear to Executive – indicates that front companies are often used to open accounts, identifying connections to Hezbollah is difficult. What the impact of the HIFPA legislation will have on Lebanon’s financial system is opaque. It will depend on testing in actual conflict scenarios that hopefully never come. This is an issue that Executive will continue to monitor.

What is known about HIFPA at this point concerns Lebanon’s financial institutions because, the US says, Hezbollah drug proceeds are flowing in and out of Lebanon. And the law may hold serious ramifications for Hezbollah. By mid-April, Congressional committees will be briefed on the activities of Hezbollah-related to narcotics trafficking worldwide. Already designated as a terrorist organization by the United States, Hezbollah could soon be listed under the Kingpin Act as an international trafficker of narcotics. If that comes about, the Treasury Department’s power to sanction the assets of Hezbollah and its affiliates will be expanded with unknown but potentially significant consequences.