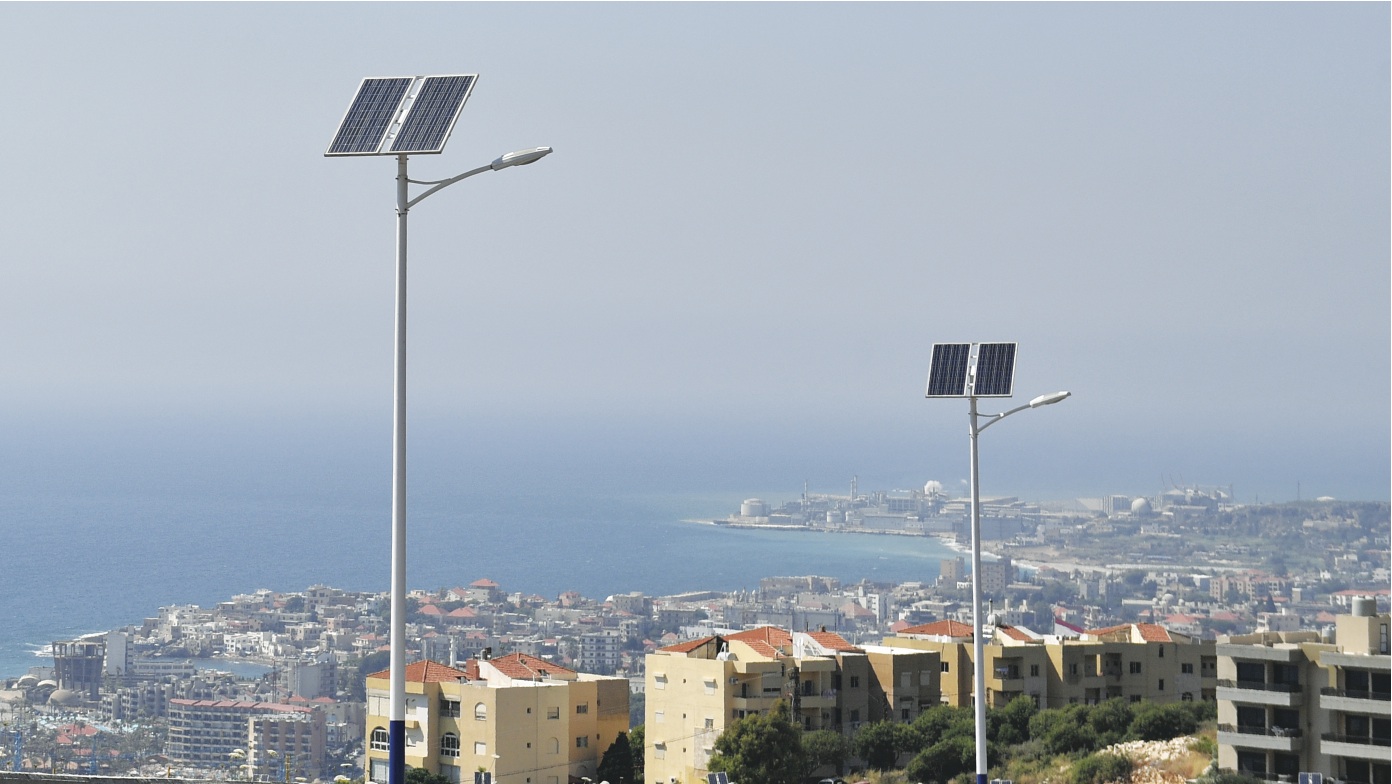 The decision in early June by the United States to withdraw from the Paris Accord, the latest global effort to combat climate change and adapt to its effects, sent shockwaves of uncertainty around the world. The agreement, which entered into force in November 2016, has the goal of limiting the global temperature rise to two degrees Celsius this century. But there is no reason to panic, says Vahakn Kabakian — Lebanon’s climate change portfolio manager at the United Nations Development Programme (UNDP). Instead, he points out that the American withdrawal may have served to strengthen the resolve of other countries and the international community to reach the commitments they promised toward mitigating climate change.

One of the key takeaways from Paris has been the role the private sector will play in financing the renewable energy projects that governments want to build to reduce greenhouse gas emissions from electricity generation. Lebanon is now awaiting a joint Ministry of Finance (MoF) and Ministry of Energy and Water (MoEW) recommendation to the Council of Ministers for the latter to license the construction of some 200 new megawatts (MW) of wind-generated electricity. In mid-August the MoEW will also begin evaluating offers from companies to construct up to 180 MW of solar-generated electricity. The cost estimates for the construction of these renewables projects have not yet been publicly disclosed, but financing may not be so difficult to find (see story). The new projects would bring Lebanon close to achieving its commitment of having 12 percent renewable energy in the national energy mix by 2020.

E   From what you’ve heard within Lebanon, and from its counterparts regionally and internationally, what has been the reaction to the United States withdrawing from the Paris Accord?

It varies. For the people who are really not into it, they all saw it with an ‘Oh, you guys are screwed’ sort of a reaction, which might be true if you really look at it from a planetary perspective. At Paris we agreed on a target below two degrees Celsius, and that’s in jeopardy if the US is out. Effectively, they won’t be out before November 2020, because there’s a clause in the agreement that you can’t withdraw until three years after it enters into force — [which was] November 2016. So 2019 [would be the earliest the withdrawal could start], and then the process takes around a year, so that’s November 2020, which would probably be after or around election day in the US. And then the incoming president, once they take office, could reverse this in 30 days or so. Now that’s procedure.

E   Has this had a big psychological effect?

No [not just a psychological effect], because if the US re-enters the Paris Agreement in 2020 or 2021, they would have essentially lost four years of efforts toward meeting their 2030 target — 25 to 28 percent below their 2005 emissions. So that lag time, plus if the US actually locks in investments in new fossil-intensive technologies for the coming 20 or 30 years — [that’s] money not spent in the right direction, if in four years time you’re going to reverse [Trump’s decision] and re-enter [the accord].

E   Has the American president’s decision to withdraw from Paris eroded political will to meet climate change commitments?

Now what’s good, and what no one really expected, is that globally there was this amazing solidarity on the Paris Agreement from think-tanks, NGOs, governments, and coalitions of governments, thinking of doing more than what they’ve already committed. France is trying to do that, the EU went to China — there was a summit.

The EU is much more strongly committed now than it was probably before. That’s why there was an EU-China summit — I think it was the next day or so — followed by a French-Indian sort-of summit.  [Everyone], especially China and India, were very much trying to send a message that that’s not true (that America’s withdrawal has scuppered the accord): ‘We’re fully committed.’ That’s on the international level. At the US level, California is leading and Hawaii just passed a climate change law — they’re saying to the federal government, ‘We’re in.’

E   One of the key takeaways from Paris is that this is going to be a big private sector opportunity. So when you see all the huge corporations in the US — the EXXONs and these sorts — stepping up and pledging to reach Paris commitments, does that reassure?

Definitely, the key players in the Paris Agreement are the non-state actors, which, in the US case, are doing what they want to do irrespective of the federal government funding-wise and action-wise. Huge corporations are deciding to go 100 percent renewable, and imagine airlines going for 100 percent biofuel — that’s where we’re heading.

E   Lebanon is now ready to license contracts to build some 200 MW of wind generation and will be licensing up to 180 MW of solar generation. Is Lebanon on track to reach its 2020 goal of having 12 percent of its electricity generated by renewables?

Existing hydro power is roughly 200 MW. It varies per year depending on how much water we have, but last year we started seeing 0.1 percent for 2015 as a renewable part of the mix other than hydro. That’s in 2015. It was mentioned in the UNDP’s Small Decentralized Renewable Energy Power Generation report for photovoltaic (PV). What we had in 2015 almost doubled by end of 2016, the PV. So that’s good. We installed 10 MW of solar in 2015 and in 2016 installed over 10. And I guess 2017 would be a bit more than that, so, on a yearly basis, we saw those decentralized PVs being installed more and more. If by 2020 we install the wind and we install the 180MW and we end up having around 100 MW of decentralized PV, in terms of MW we [would be] around roughly 200-300-480 MW renewable. Installed capacity-wise that’s good, but generation-wise it’s not 12 percent because we’re still [trying to reach] the 12 percent. Ten percent out of 480 — I hope I did the right calculations — that’s 4800 MW total generation. You know it’s roughly 10 percent if we install the thermal power plant by then. But obviously generation-wise it won’t be 12 percent.

E   So we’re a bit behind schedule is what you’re saying?

Yes and no, because in the 12 percent the Ministry of Energy and Water will be taking into account the solar water heaters because that’s also renewable — you’re generating heat in this case. I don’t have the latest numbers, but the national target is that 1 million square meters of solar water-heating panels, which is roughly 250,000 units I think, will be installed by then, and I don’t know how much that would make in equivalence out of the total 12 percent. So maybe not by 2020, but with the hydro — not upcoming, existing — with solar and solar water heaters it’s a good bet. I would say yes.

E   Lebanon still has not ratified the Paris Agreement. Is that because our politicians have been so focused on finding a new election law and sorting out their own political futures?

Primarily that, yes. The draft law was sent in August-September 2016 to the Parliament. Somewhere at the beginning of the year, the foreign committee at the Parliament very quickly approved the draft law. I don’t think there’s any issue with this draft law, but there’s no clear cut process or procedure for legislation in general. We don’t even know which parliamentary committees will need to approve this. We assume it’s foreign affairs, the finance committee, and environment at least.

E   What is on your wish list for legislation to help Lebanon reach its climate change commitments?

Definitely the ratification of the Paris Agreement into law, because it contains a lot of articles that we would be basing our work on locally. At the end of the day, when the law passes, the articles are binding, and we need those articles to issue decrees and operationalize the entire law gradually. So that’s one thing that I want to see. Another would be having stability in the country, [which] would allow us to take on the environment — but also climate change, at a more serious level.