If you ask the farmers of the Bekaa Valley, they will explain that cannabis cultivation in Lebanon predates the establishment of Lebanon’s republic by generations. Located some 30 kilometers east of the capital Beirut and nestled between the western Mount Lebanon range and the Anti-Lebanon Mountains to the east, the Bekaa Valley has for a long time been the heart of Lebanon’s drug country. Now, advice from an international consultancy, a statement by Parliament’s speaker that legalization is being studied, and plans by a local university to establish a medicinal cannabis research center all might kick-start a new branch of Lebanon’s pharmaceutical industry.

There certainly are credible dreamers invested in the idea. At a university campus north of Beirut, Mohammad Mroueh has high hopes. A professor of chemistry and expert on medicinal plants, Mroueh plans to one day establish a medicinal cannabis research center and study the potential of the Lebanese cannabis plant.

The intent to establish the research center at the Lebanese American University (LAU) was announced in late May, with Mroueh leading the campaign. In the time since, McKinsey & Company, as part of its five-year plan to boost the country’s stagnant economy, has advised Lebanon to legalize cannabis for medicinal export and manufacturing. In late July, Speaker of Parliament Nabih Berri tasked a committee to ready legislation to that end.

Under Lebanon’s 1998 narcotics law, cultivation of the plant is illegal. In 2014, the Internal Security Forces (ISF), Lebanon’s national police force, reported it had discovered 35 square kilometers of cannabis fields but that none were destroyed. The agriculture growing size of the Bekaa Valley, according to Ministry of Agriculture figures from 2010—the latest available—is 165,660 dunum (roughly 166 square kilometers). The ISF does occasionally raid cannabis fields, but the protection of many growers has been so powerful that crops are not destroyed, nor are shipments seized, to stem the drug flow.

But preventing research may just come down to plain old politics. The perspective at Lebanon’s Ministry of Public Health (MoPH), according to director general Walid Ammar, is that licensing for cannabis research is not a problem because research into anything is not prohibited. Obtaining the cannabis needed for study would be the complication because of its legal prohibition. Ammar says the law would need to be amended, and that would require a political will.

Back at the LAU campus, Mroueh says the May announcement was the culmination of three years of proposal writing, building consensus with the university administration, and public relations efforts. He says the goal of the institute would only be to conduct research on cannabis. “Let us analyze the plant, and the government can make use of the results and can legalize or not. But at least allow us to experiment,” he adds.

Mroueh says the chemical composition of Lebanon’s cannabis is not well studied, and the ratio of the psychoactive tetrahydrocannabinol (THC) to the non-psychoactive cannabidiol (CBD) is not known. He also points out the plant is a special strain combining indica and sativa (two species of the plant). “But it is under-researched to the most basic level of genome typing, and it is unknown how environmental factors affect the quality of the strain [for example soil quality, rainfall, and temperature] and [how] those affect the strain’s chemical composition.”

To experiment, Mroueh would extract cannabis oil from the plant through a simple process. “I don’t expose the plant to heat. I soak it in alcohol and evaporate the alcohol using a special machine, and I’ll end up with cannabis oil.” He says different solvents can be used as part of the extraction process, and the flower can be saturated in the solvent for differing lengths of time, depending on the experiment. In testing the medicinal potential to treat cancer he explains the starting point is in vitro. “We take cells in the lab. We test cancer cells, from the brain, breast, or colon. For colon cancer and skin cancer we have an animal model.” Successful in vitro trials would lead to in vivo testing, meaning on the whole animal. Then, studying pharmacokinetics would determine how a newly developed drug would interact in the body, before the very long process of human trials can begin. 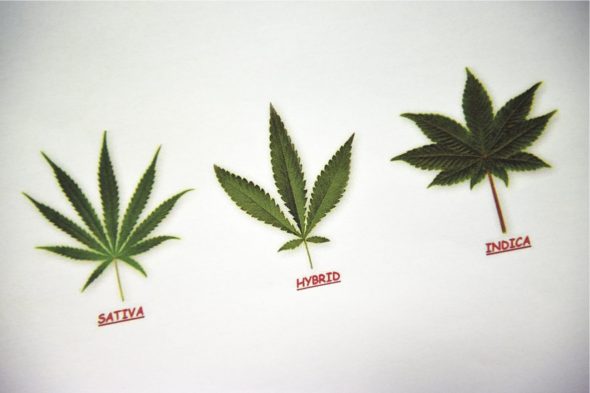 He expects researching Lebanon’s cannabis to span 50 years, requiring at least five academic disciplines including chemists, biologists, physicians, and later agriculturalists to work on growing conditions. “We may have some results within a couple of years, at least the chemical analysis.”

Mroueh also says LAU’s school of medicine at the Byblos campus already houses the necessary equipment required to analyze the plant. The proposal for the research center has internal buy-in, and Mroueh believes the center can bring visibility and donations to the university. Altogether he estimates a starting budget of $1 million to hire research staff and to have dedicated equipment for the center on a pro tem basis using the medical school’s pre-existing equipment.

There are only a handful of cannabis-focused research centers around the world, and LAU’s initiative could be amongst the first in the region if it gets the green light and the state amends the narcotics law. Other countries have amended their narcotics laws to allow the cultivation of cannabis for medical and research use. And cannabis-based drugs have already been approved for use in other markets as cancer treatments in the form of easing chemo-induced nausea, as an appetite stimulant for anorexic AIDS patients, to ease seizures from a specific form of epilepsy in children, and to ease neuropathic pain in diabetics.

The use of cannabis for research and, possibly later, production of cannabis-based medicines comes with significant costs. These costs are generally associated with the infrastructure needed to cultivate the cannabis such as the cost of land or greenhouse construction, security, growing materials, electricity, costs to obtain government licensing and maintain compliance with regulations, insurance, costs to extract oil from the plant, and salaries for laboratory technicians. These factors need to be modeled in the Lebanese scenario and the costs can be quantified in a ballpark way.

While the initial costs might seem large to establish a research center, the potential benefits may be significant because they might result in a new branch of Lebanon’s pharmaceutical industry with high quality advantage in outcome utility. The state could also control the raw material by licensing who can cultivate and supply the cannabis. This also is not easily quantifiable at this point, but Lebanon’s caretaker economy minister, Riad Khoury, according to recent media reports, thought the export of cannabis for medical use could be worth between $500 million and $1 billion annually, if its cultivation were legalized.

Globally, the medical field is witnessing a huge change in cost structures related to treatments driven mostly by innovations in cancer therapy. Biotech drugs are becoming more expensive, and risky, more invasive drugs like those for chemotherapy are on their way out. We do not know how the market will develop in global terms for medicinal or other alternative medicines, but the past few years have shown it will grow.

Healthcare spending made up 7.5 percent of Lebanon’s GDP in 2017, according to MoPH data, comparable on average to other countries around the world. This 7.5 percent equates roughly to $4 billion. One tenth of this spending, which might be in the low hundred millions, could be diverted to medicinal marijuana derivatives and treatments.

Lebanon may not domestically become a multi-billion dollar market, but, if marketed and exported successfully, the local industry could reach that size. This might turn into a boon for the economy,  and to farmers and the agriculture sector specifically, which in 2016 contributed less than 4 percent to the nation’s gross domestic product according to World Bank figures. But this industry will take time to develop and researchers of the medicinal quality of Lebanese cannabis, medical practitioners, businesses, and growers will all need to be licensed.

Lebanese cannabis could become a cornerstone of domestic production at scale of medicinal drugs. But that is only if the state establishes tight control and specific licensing procedures for its cultivation,  including a level of protectionism for growers and manufacturers to kick start the industry.

The illegal growing of cannabis for use as a recreational drug is a problem of the gray and black economy. Pharmaceuticals wanting to market Lebanese cannabis as a quality ingredient of their medicines could not put Lebanese cannabis on the packaging if it were acquired illegally and outside cultivation standards. Substitution programs to root out illegal cultivation by financing and subsidizing alternative crops to wean the Bekaa Valley economy off cannabis were not sustainable because they did not yield enough to be a viable alternative. Cannabis, as a medical alternative, seems more reasonable if the political risks and legal obstacles can be resolved, and it could be a healthy high for the Lebanese economy.