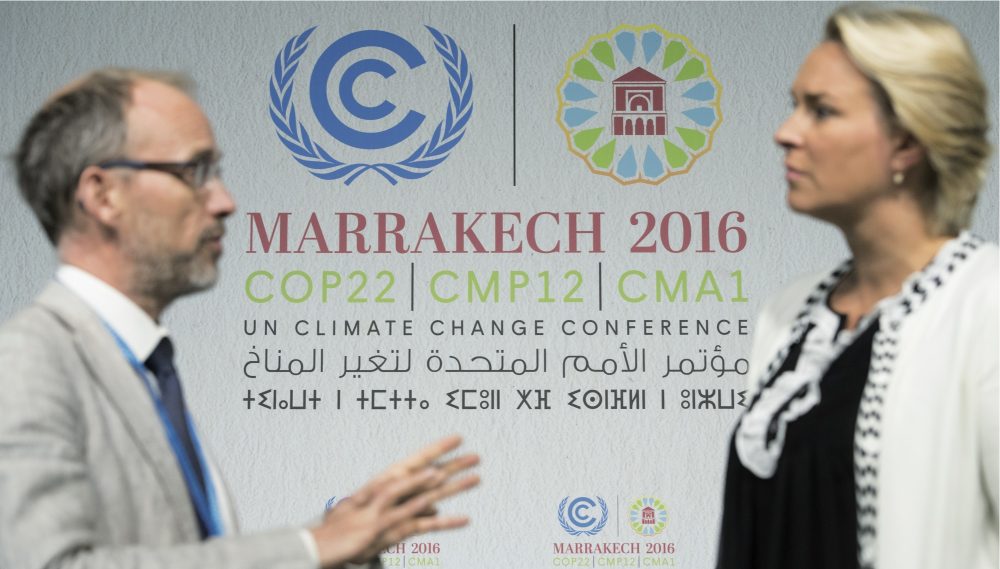 Back in 2015, the world agreed to a new climate regime, dubbed the Paris Agreement. A new order was set, where both rich and less fortunate countries jointly engaged in the fight against climate change. This requires action to reduce greenhouse gases – those behind climate change – as quickly as possible. The agreement came via a document submitted by all countries that detailed their nationally determined contributions (NDC) – the actions they will undertake domestically to reduce their gases and avoid dangerous climate change. For example, Lebanon’s contribution consists of an unconditional greenhouse gas reduction target of 15 percent, raised to as much as 30 percent dependent on the provision of international support, both by 2030, relative to a business-as-usual scenario. Lebanon plans to reach its targets by implementing several policies and actions pertaining to the energy, transport, waste and forestry sectors. The NDC also contains adaptation measures that plan to increase Lebanon’s resilience toward climate change by tackling the water, forestry and agriculture sectors.

These commitments became the aggregate force of action toward lowering greenhouse gas emissions and avoiding the rise of temperatures to  1.5 or two degrees Celsius above pre-industrial levels, as was the objective of the adopted Paris Agreement. This was the pinnacle of the Paris Climate Conference. This year’s climate conference took place from November 7–18 in Marrakesh, Morocco. From the outset, the objective was to operationalize the Paris Agreement, and therefore from a political standpoint the agenda and expectations were modest, despite a growing sense of urgency and alarm among climate scientists that time is running short to prevent extraordinarily dangerous climate change. The only “political” surprise – perhaps the result of the US elections – was the early entry into force of the Paris Agreement (not expected before 2020) on November 4, 2016. As of November 29, 2016, 114 countries out of the 197 had ratified the agreement. During the Marrakesh meeting, with the objective of carrying the Paris momentum through and establishing the way ahead for the Paris Agreement’s effective implementation, the negotiators were able to navigate through the unresolved issues from Paris, which primarily pertained to differences between developed and developing countries. The conference concluded with countries agreeing to finalize the stipulations of the Paris Agreement by 2018 as well as other key decisions to advance implementation of the global pact. The Paris rulebook includes procedures for its implementation to be applied by all parties and will be delivered by 2018. For each item, substantive homework will have to be done by every party.

At the national level, the past year witnessed the initiation of several actions. On the policy front, the Lebanese government reaffirmed its commitment to the new climate change deal when then Lebanese Prime Minister Tammam Salam signed the Paris Agreement at the UN Headquarters in New York City on April 22, 2016, during a high-level ceremony convened by the outgoing UN Secretary-General Ban Ki-moon. Shortly after, the national process for ratification kicked in, and with the approval of the Council of Ministers in August 2016, the draft law was forwarded to parliament for final ratification (by virtue of Decree 3987). Once parliament ratifies the Paris Agreement, its provisions will become legally binding.

Under the Paris Agreement, the progress on national commitments will have to be reported biennially, while the national targets need to be updated (and ratcheted up) every five years. Therefore, an official NDC committee to follow-up on its implementation has been established by a Council of Ministers decision (in October 2016). The committee is composed of the governmental entities that contributed to the formulation of the NDC and were therefore directly responsible for the actions (as part of their strategies and plans) included as part of Lebanon’s commitments under the Paris Agreement. Foreshadowing this coordination, a mitigation NDC working group meeting took place in July 2016 with the objectives of clarifying the status of the implementation of the Lebanese NDC. This meeting also served as an opportunity to identify sectoral needs and gaps, including financial, capacity-building, regulatory or legal aspects, and shedding light on areas that potentially can be translated into project proposals for international support. In 2017, a roadmap for NDC implementation and reporting will be established to serve both national and international reporting requirements. This requires an overhaul (to say the least) of the existing system. In addition to the aforementioned updating and reporting on the NDC implementation progress, Lebanon will have to improve the quality of its reporting of greenhouse gas inventories, report on its adaptation plans, priorities, progress and projections, and prepare and submit a long-term greenhouse gas emissions development strategy.

Meanwhile, the Lebanese private sector showed interest in supporting the government toward achieving its NDC target. Therefore, the Lebanon Climate Act was established to have Lebanese companies commit to a practical climate initiative to scale low-carbon solutions pertaining to energy, water, transport, waste, forestry or agriculture, or support NGOs who have similar climate endeavors. A series of quarterly scheduled sessions that aim to enable companies to plan and implement the climate-related projects are underway. The results of their actions, especially if upscaled, will have tremendous impact toward Lebanon’s progress vis-à-vis its international commitments.

It is evident that the international process requirements will benefit domestic goals and enhance institutional arrangements. The Paris Agreement is an opportunity for Lebanon to achieve sustainable development, and the government is gradually understanding the risks of inaction. The most recent findings foresee a burden of nearly $17 billion from the negative impacts of climate change on the Lebanese economy in 2040 if world temperatures increase beyond two degrees Celsius.

The road ahead is clear, and the train has left the station on both the national and international tracks. During the Marrakesh conference, the Lebanese delegation actively participated in negotiations and had the chance to speak on various platforms. One achievement was the launch of the Eurasian Network on Measuring, Reporting and Verification (related to the NDC progress), and Lebanon is set to become the pro-tempore Secretariat for the first year. Moreover, Lebanon became a member of the Climate Vulnerable Forum, a platform for vulnerable developing countries to drive ambition to avoid average global temperatures going beyond 1.5 degrees Celsius, to have one common voice in international negotiations and to share lessons learned on mitigation and adaptation.

At the national level, there needs to be a strong and continuous follow-up, and stronger coordination among all national and international parties involved. This also requires stronger intra-sectoral coordination, especially for the energy sector, where the renewable and thermal electricity agenda should go hand in hand. It might be beneficial to introduce renewable portfolio requirements for independent power producers (IPPs) for the fossil fuel-based electricity power plants, where the share of national renewable energy commitment (15 percent of electricity generation) is embedded and therefore all IPPs are required to source, at minimum, 15 percent of their annual electricity generation from renewable sources. There is also talk of establishing a sovereign wealth fund to manage anticipated hydrocarbon wealth. It might also be useful to explore the idea of earmarking revenues from any future fund to be invested in renewable projects and climate-related action. The cornerstone of the national process toward a greener and low emission economy has started. However, several challenges at the national level remain.

The coming few years will be crucial in laying the strong foundations of a long-term process that will enable Lebanon to comply with the deep decarbonization pathway by the second half of the 21st century (as stipulated by the Paris Agreement). For this to succeed, systemic thinking needs to be incorporated into Lebanese planning, which will inevitably result in more efficient and long-term development.