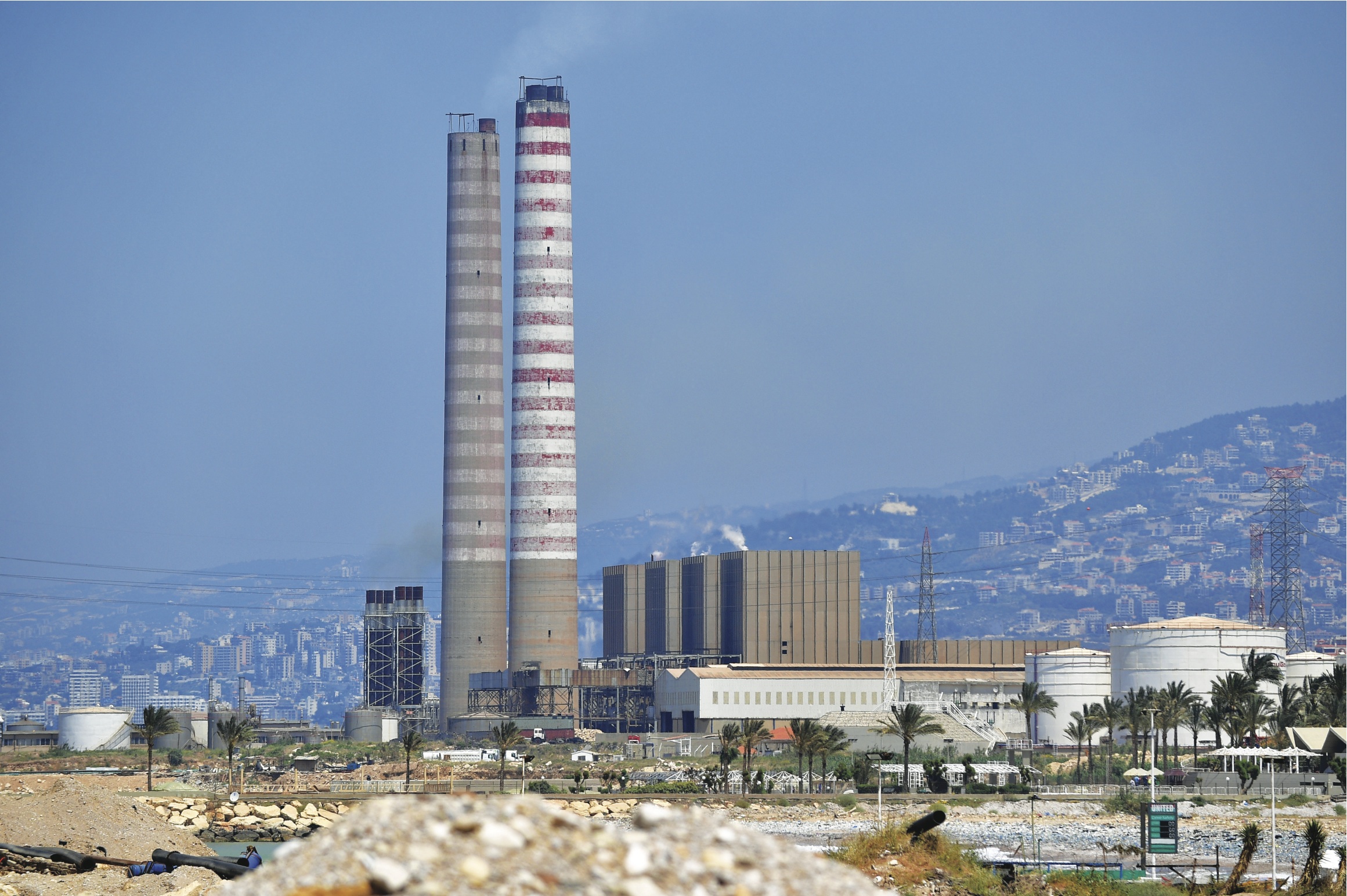 Lebanon’s electricity sector was not saved in 2017, despite an emergency plan from the Ministry of Energy and Water (MoEW) endorsed by the cabinet earlier in the year. While the electricity needs for much of the country did not improve much this year, the outlook for 2018 and beyond looks a little brighter.

Lebanon currently has a maximum electricity-generation capacity of 2000 megawatts (MW), far less than the 2017 summer peak demand of 3400 MW. In the coming year, the government could license almost 1200 MW of new electricity-generation capacity. Of those megawatts, 400 could come from the construction of clean, renewable energy. Wind power would generate up to 200 megawatts in a blustery area in north Lebanon, and solar photovoltaic (PV) could produce up to 180 MW across different parts of the country.

Wind farms were originally tendered in 2013, but have faced repeated delays. According to news reports published in summer 2017, the government awarded licenses in 2017 to three companies: Hawa Akkar, Sustainable Akkar, and Lebanon Wind Power. The price at which the companies would sell the electricity to Lebanon’s public utility, Electricite du Liban (EDL), was reported at 11.3 cents USD, but a power purchase agreement (PPA) was, by early December 2017, not yet signed. For solar PV, the government received 42 bids at the end of October 2017. The plan is to build 12 solar plants across four districts of Lebanon—three each in South Lebanon, Mount Lebanon, the Bekaa Valley, and North Lebanon.

Pierre Khoury, head of the Lebanese Center for Energy Conservation (LCEC), an organization attached to the MoEW and responsible for renewables, laid out what should happen next for solar PV and wind at the International Beirut Energy Forum in September 2017. The PPAs for wind must be signed before the end of 2017, the deadline for the government to negotiate the kilowatt price at which it will purchase wind-generated electricity from each of the three companies. Khoury said commercial operation of the wind farms was expected by 2020, and the government would, in 2018, open a second licensing round to construct additional wind farms. As for solar PV, the LCEC was yet to announce its evaluation of the 42 bids as of early December 2017. Khoury told the conference audience he expected solar PPA signatures by the middle of 2018, with electricity from the 12 solar farms being fed to the grid starting sometime in 2020. The government, Khoury says, also plans for a second PV licensing round in early 2019. By the end of 2016, Lebanon had installed 23 MW of solar generation capacity, according to UNDP’s Small Decentralized Renewable Energy Power Generation Project (see PV treemap below).

Of the 1200 megawatts of potential new capacity in 2018, 800 MW could come in the form of new electricity barges, but the government was—for much of 2017—not able to agree how to tender these. If the government is able to sign contracts for the new electricity barges in 2018, they can be deployed and relatively quickly connected to Lebanon’s electricity grid. Lebanon already has two electricity barges that came online in 2013, adding 367 MW of generating capacity, but the contract for those was renewed once and expires in late 2018, after which it cannot be extended again. Those megawatts will be subtracted from Lebanon’s generation capacity by the end of next year, and it is not clear if the government plans to replace them with a new tender.

By end of April 2018, Lebanon must also figure out what it wants to do in terms of governing the electricity sector. Law 462 of 2002 was supposed to organize the electricity sector and establish the National Electricity Regulatory Authority (NERA), which would be responsible for licensing new power generation, and which, to date, has never been established. In the absence of NERA, Parliament has passed a series of laws giving cabinet the power to award licenses for electricity production, Ramy Torbey, the managing partner of Aziz Torbey Law Firm, tells Executive. Law 775 was passed in 2006, granting cabinet a one-year period to award licenses, but that law was never used. In 2014, Parliament passed Law 288, giving the government the ability to license power plants for a two-year period until April 2016. In 2015, the government was still unable to constitute the regulator, so Parliament passed another law that extended cabinet’s licensing authority from 30 April 2016 to 30 April 2018. “Parliament either has to extend the 2015 law if it feels that the government is not in a position to constitute NERA, or the government will need to create this authority [to license new power producers and distributors] and organize the sector,” Torbey told Executive in a November 2017 interview.

Public officials, like Ministry of Finance Director General Alain Bifani, have been calling for electricity reform since 2015, thanks to a fall in oil prices that cut treasury subsidies to EDL annually by about half. According to the government’s electricity plan from 2010, “The failure of the GoL [government of Lebanon] to reform the electricity sector is causing an annual deficit of $1.5 billion on the public purse and losses on the national economy estimated at not less than $2.5 billion per year.”

No hope for sector reform

In October 2017, the government agreed in principle to import a cheaper source of fuel in the form of liquefied natural gas, and the MoEW indicated it might announce a call for proposals for floating storage regasification units, facilities needed to return liquefied natural gas back to its gaseous form for power plants to burn. But these ideas have languished on the books since at least  the 2010 electricity plan.

It seems unlikely elected officials will have the appetite to reform the electricity sector, either through lower public spending or by fixing the legal framework, ahead of parliamentary elections scheduled for spring 2018. But Lebanon could license the new electricity barges sometime in 2018, adding megawatts to the country’s generation capacity, or it could start building the renewable plants. Those new megawatts will still leave Lebanon far below the power-production capacity it needs to supply 24-hour electricity, and the renewable megawatts would not come online until sometime in 2020 at the earliest, but incremental progress is better than none. 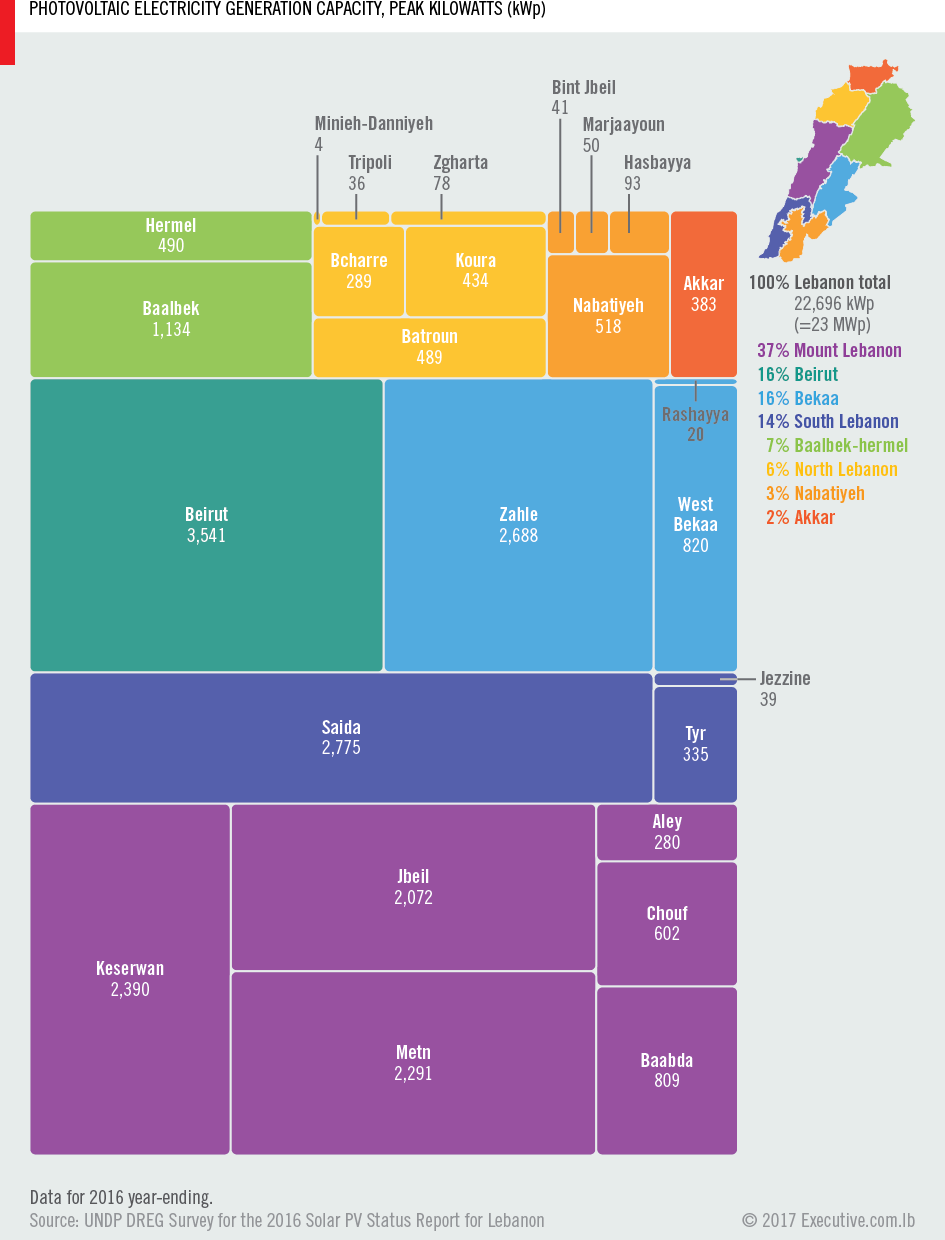