If last holiday season Lebanon asked Santa Claus for better conditions in the manufacturing and agriculture sectors, then recipients were surely disappointed by what was placed in their stockings – a mix of promises and future hopes.

The year started off under duress for the food industry and agriculture producers with a food safety campaign by the Ministry of Public Health targeting establishments across the value chain. Producers of dairy were singled out, as were meat processors and butchers – at the level of consumption, restaurants and supermarkets were also subject to violations and, in certain cases, abrupt closures. By all accounts it was a necessary campaign to raise awareness of what the Lebanese are eating and had certain, if only anecdotal, impacts on public health. Consumer confidence plunged, according to both industry leaders and government officials, with the perception of Lebanese consumables in foreign markets also taking a hit (see Q&A Mounir Bissat SLFI). On a positive note, in a rare legislative session in November 2015, Parliament passed a food safety law that will, amongst other items, create an agency responsible for coordinating policy and overseeing inspection of establishments across the food value chain. But, because in Lebanon there is always a but, this agency could take years to reach operational status – implementation decrees will need to be passed and a source of funding for the agency located (see Q&A Maurice Saade FAO). 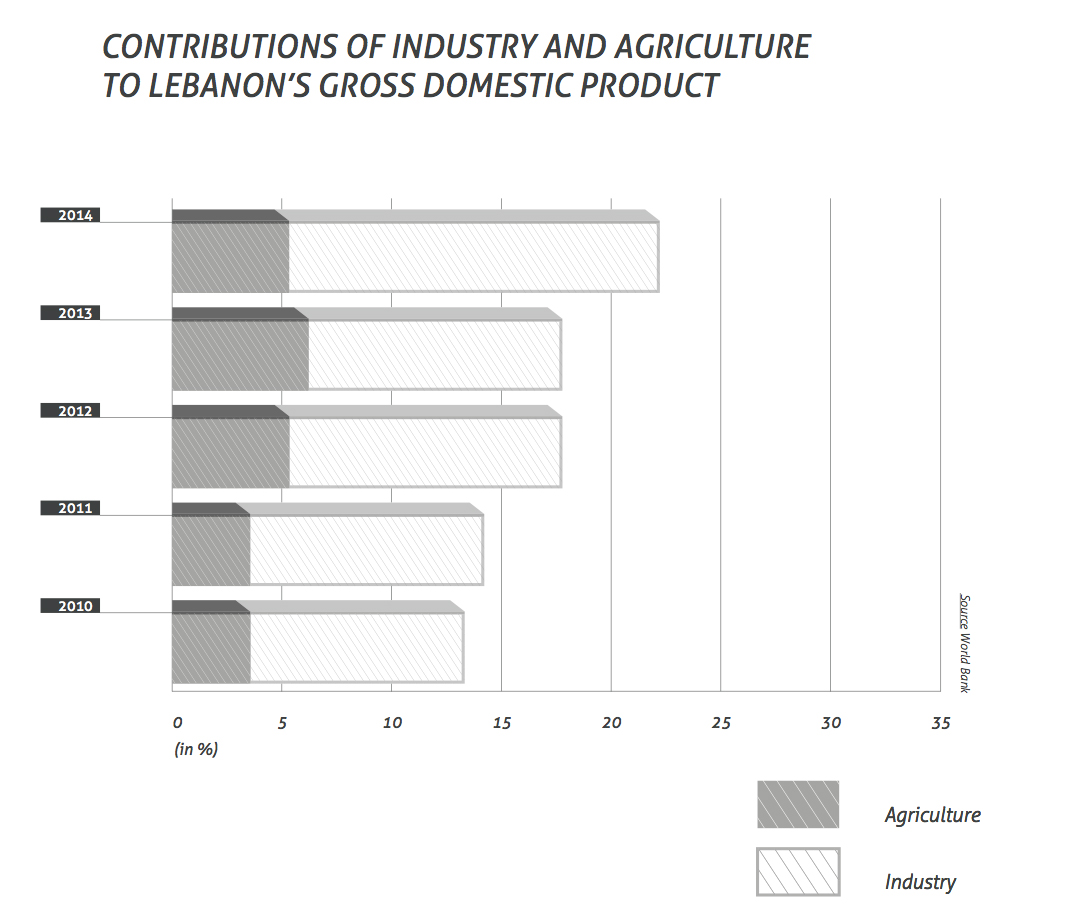 What has become commonplace in the industrial sector since the start of the war in Syria is a disruption of land export routes to the Gulf markets. The disruption has affected all types of sub-sector manufacturers, though gains in efficiency along the various sea routes have reduced transit times while mitigating losses to profit margins and maintaining market access. For the agriculture producers, closure of land borders earlier in the year wrought confusion as to where farmers would sell raw produce. In stepped the government with a $14 million temporary solution – place trucks that previously rode through Syria to Saudi Arabia on ships and continue by road to Gulf Cooperation Council markets – a necessary, if inefficient method to help producers continue selling to clients in those markets.

The potential opening of new markets is also on the government’s to-do list. Hussein Hajj Hassan, Minister of Industry, tells Executive that Lebanon will continue to negotiate new trade pacts with Latin American markets – Mercosur – pointing to talks with Brazil’s ambassador to Lebanon as a positive step forward. The Russian market remains on hold due to American and European-led sanctions following Russian aggression in Ukraine and the subsequent annexation of Crimea. The European market, particularly for Lebanon’s niche agricultural products, holds untapped potential. According to the Food and Agriculture Organization’s Saade, over the medium to long term, producers across Lebanon’s food value chain should transition to serving this market since the Gulf market is increasingly congested and the lifting of sanctions on Iran foreshadow further competition for fruits and vegetables. 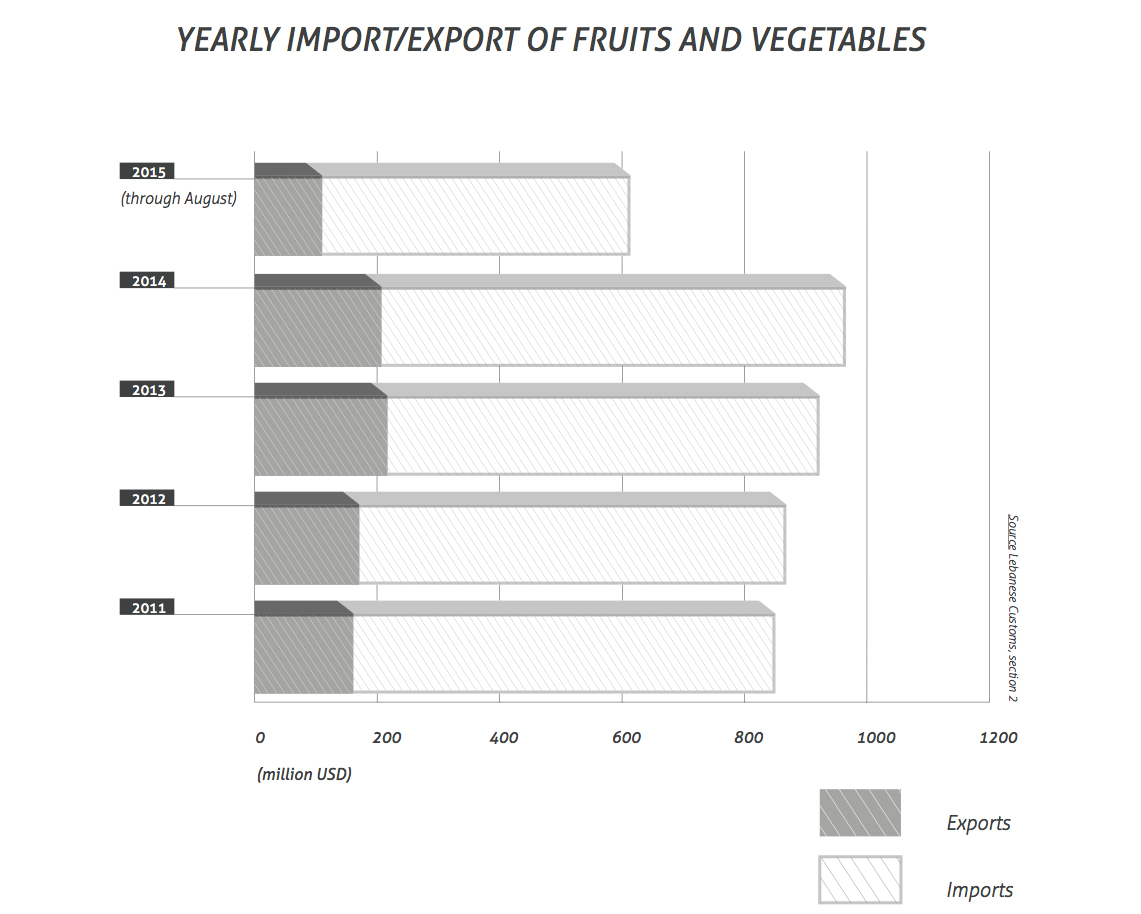 One positive indicator for the agro-industry sub-sector is an uptick of $70 million in investments in 2015, according to the Investment Development Authority of Lebanon. Head of Lebanon’s food industrialist syndicate Mounir Bissat tells Executive that the sub-sector is attracting new capital while much of the economy is in decline due in part to the low cost of productivity – sourcing raw produce locally and the availability of cheap labor. Looking forward, Bissat says to expect exports of the sub-sector to grow, particularly if a trade pact is inked with Mercosur, and points to talks with representatives of Alimentaria – a large food trade show in Mexico with a subsidiary show in Barcelona – as a potentially large opportunity to source new clients. 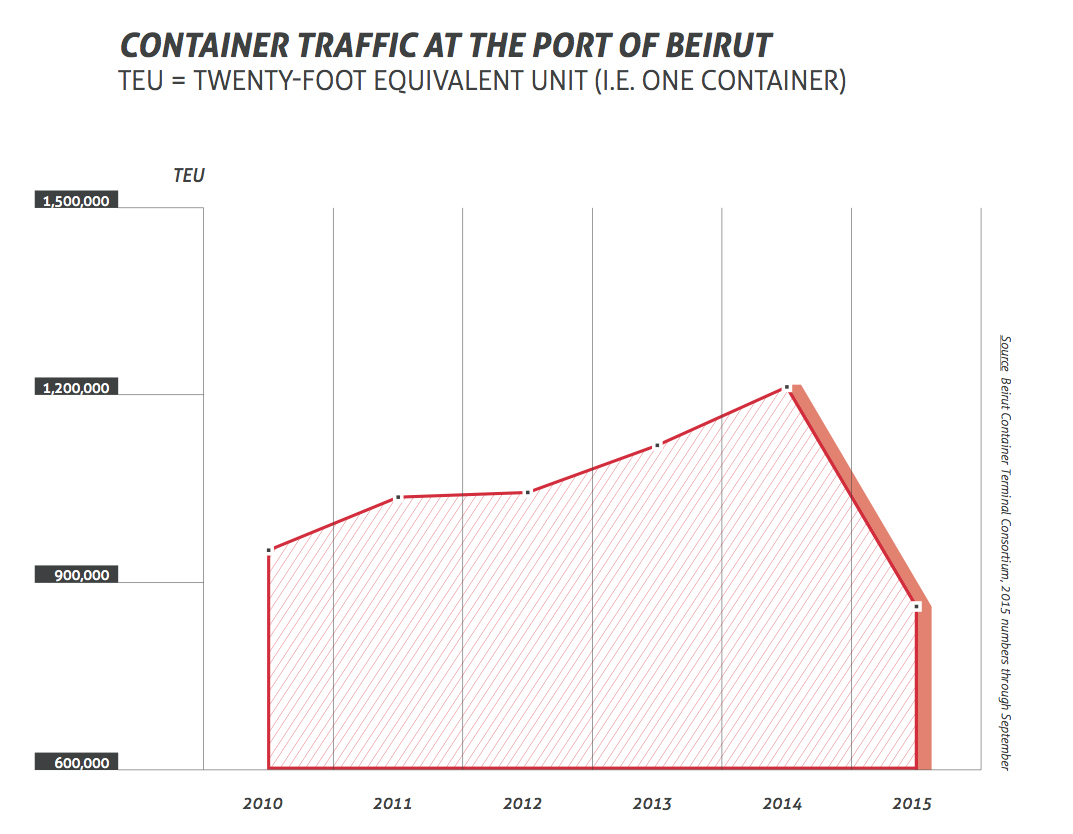 Industry-wide the challenges remain the same. For energy-intensive paper manufacturers the lack of cost-effective access to electricity adds some 30 percent to operating costs, according to Fadi Gemayel, head of the Association of Lebanese Industrialists. Along these lines, costs are mitigated for certain industrialists qualifying for a central bank subsidy to install solar panels on factory rooftops. But Lebanon’s deteriorated infrastructure and the cost of transferring containers destined for export from factories to the Port of Beirut remain long term obstacles with no immediate solution.

Climbing to the top