If there is one resolution Lebanon can commit to this coming new year, it is making good on the opportunity for a fresh start, to restart government institutions and implement sound policies that will guide the country toward a more promising future.

A sputtering Lebanese economy, exasperated by a disruption in regional trading due to the ongoing civil war in neighboring Syria, the refugee crisis it has perpetuated, the deterioration of public services like garbage collection and electricity because of an impotent government and American financial sanctions targeting Hezbollah, among many more crises, brought Lebanon to the brink of state failure in 2016. With the election of a president in October, there could be a way out of the darkness, and if the almost two and a half year political stalemate is nearing an end, then the question on many minds is: what steps can a new government take to right the economic ship? Everyone seems to be wishing for the same thing this holiday season: a better economic outlook in 2017.

For Lebanon, economic growth has slowed dramatically. In 2010 gross domestic product (GDP) growth reached 8 percent. This year, the World Bank estimates the economy might grow by up to 1.8 percent, while the International Monetary Fund (IMF) projects only 1 percent growth in 2016. But, from the point of view of several Western ambassadors that Executive spoke with in November, the hope is that a resolution to the country’s political impasse is in the cards. The election of a president, followed by the appointment of a government, hopefully before the end of 2016, that would oversee parliamentary elections (whose current members were elected in 2009 and extended their terms twice) in late spring 2017, could, depending on its policy priorities, usher in a period of stability encouraging economic growth.

Exports have been one of the clearest indicators of Lebanon’s economic slowdown. In 2012, the country exported almost $4.5 billion worth of Lebanese goods and produce. By 2015, those products had declined to less than $3 billion in value, and so far this year exports totaled almost $2.3 billion by September.

The reason for the decline is largely due to the disruption of land routes through war-ravaged Syria to markets in the Gulf and a drop in Lebanese exports to the Syrian market, one of its larger trading partners. Exports to Syria declined from a 2013 high of $500 million to less than $130 million through September of this year. More generally, Lebanon has also witnessed a slowdown in local manufacturing output due to the depressed local and regional economies. The hope is that by the end of 2017 Lebanon will be able to reorient its exports to new international markets and spur absorption of Lebanese products in the local economy (see industry overview).

Lebanon has not been alone in its economic woes. The entire region has been in a recession since the start of the so-called Arab Spring in 2011, compounded more so by the civil war in neighboring Syria. The region’s GDP by 2015 had declined on average to a growth rate of less than 1 percent, a recently published report by the UN Economic and Social Commision for Western Asia (ESCWA) found.

It is the fall of oil prices that could reshape the political and economic landscape of the Middle East in the coming year, according to energy and political analysts. “Now that oil prices are declining and will likely continue to remain low for several years, if not permanently, the Middle East’s rentier systems face a significant challenge…If Middle Eastern countries do not start making real progress on fundamental political and economic reforms, further regional turmoil is inevitable,” Marwan Muasher, vice president for studies at the Carnegie Endowment for International Peace, deduced in a November 2016 article.

Rentier economies, such as Saudi Arabia, have previously propped up other regional countries with financial support, and the recent shift from grants to investments, Muasher continues, “will put pressure on those governments to pursue private-sector growth to improve their own countries’ economic performance…expect to see further opposition from state bureaucracies, which lack any vision for a transition to an inclusive and sustainable economic model.”

In Lebanon, lower oil prices have provided some flexibility in terms of lower financial transfers from the treasury to the public utility, Electricite du Liban (EDL), because of its shortcomings in bill collection revenue and other inefficiencies in producing and distributing electricity. This has resulted in a decrease in subsidies from some $1.4 billion from January to August 2014, to $520 million over a comparable period for 2016, according to ministry of finance figures.

Last year, Ministry of Finance Director General Alain Bifani told Executive that subsidies to the public utility are not sustainable and that while the fall in oil prices has provided some breathing space in terms of the state’s fiscal situation, this “should be pushing us for immediate action whilst we have this breathing space.”

Taking advantage of the opportunity does not appear likely in the near term, as political and confessional obstacles have continually hindered a restructuring of the electricity sector despite its drain on public finances and have led to a 2010 government plan to reform EDL to be ignored. The accruing debt on investments in and transfers to EDL, according to the World Bank, amounts to 40 percent of Lebanon’s gross public debt – and transfers to EDL now account for over 50 percent of the fiscal deficit.

Despite smaller allocations to EDL, by August the budget deficit had widened to $2.5 billion, a rise of nearly 27 percent over the same period in 2015, with government expenditures totaling around $9.4 billion so far this year. Public debt is estimated by the World Bank to reach some 149 percent of gross domestic product by the end of the year (the IMF projects the debt-to-GDP ratio to reach 144 percent in 2016), and gross public debt is expected to continue to grow largely due to the servicing of public debt.

It is unlikely, however, that the new government, whenever it is formed, will adopt the budget proposal for 2017 (Lebanon has not ratified a budget since 2005) to reign in public spending because its main priority will be the organization of parliamentary elections sometime next year, despite the urging by economists, bankers and international monetary institutions to pass a budget.

With no fiscal policy in place, Banque du Liban (BDL), Lebanon’s central bank, has stepped in to shore up Lebanon’s sputtering economy. BDL claims that its stimulus packages ($1.46 billion in 2013, increased by $920 million in 2014, an additional $990 million in 2015 and another $1 billion more announced this November), whose primary role has been to spur job creation, have made a “sizeable contribution to GDP.” BDL says that “the stimulus packages of 2013 and 2014 proved to be successful, contributing around 50 percent of real gross domestic product growth,” as Executive has previously reported, but the data to corroborate the claim has not been made available to the public. 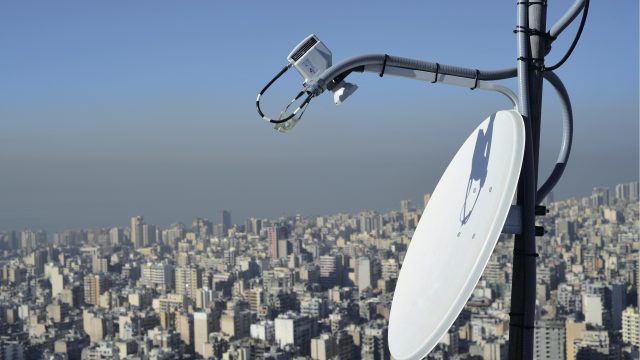 In its fall 2016 issue of Lebanon Economic Monitor (LEM) the World Bank, in assessing the efficacy of BDL’s stimulus packages since 2013, points out that “no elaborate studies…of the effects of BDL’s subsidized lending programs on economic growth or job creation exist.” In a 2013 issue of LEM, the World Bank projected that the impact of the first stimulus was expected to be limited: “BDL’s stimulus package could boost GDP growth by 0.2 to 0.3 percentage points.”

Where the stimulus packages have had a large impact is in propping up Lebanon’s real estate sector. Nearly 76 percent of loans subsidized by the stimulus packages have gone to the housing sector between March 2012 and March 2015, according to figures cited by BDL’s director of financial operations, Youssef el Khalil, at an event hosted by the American University of Beirut (AUB) in November, in order to keep the sector afloat (see real estate overview).

Strain on the banks

One of the biggest stories of the year was the implementation in May of an American law targeting Hezbollah – the Hezbollah International Financing Prevention Act (HIFPA). Once again, BDL stepped in to fill the void of foreign policy, financial and economic leadership vacated by an impotent government – issuing circular 137 for Lebanese banks to comply with the US law.

While parliament did pass legislation to patch up anti-money laundering and counter-terrorism financing rules to meet international standards and safeguard Lebanon’s banking sector, it had virtually no leverage to soften the impact of American rules. Remembering the forced closure of the Lebanese Canadian Bank in 2011, local officials earlier this year were concerned that HIFPA would disrupt Lebanon’s banking sector, blowing up the Lebanese economy in the process.

For the most part that didn’t happen. One source familiar with Lebanon’s banking sector told Executive in November that the American legislation has had a significant psychological effect on Lebanon’s banking sector and among the political elite, but the actual impact in terms of the number of bank accounts affected is not clear but probably limited. Of the more than 100 individuals and entities sanctioned due to that law, one might presume the number of accounts and assets frozen are not significant. The source said that there is less concern of money being moved through the banking system, but rather of it being moved through informal cash and goods transfer networks like Hawala. Citing banking secrecy, BDL’s Special Investigation Commission, Lebanon’s anti-money laundering authority, in November would not disclose to Executive the aggregate number of accounts affected by the US law. When reached by telephone in early November, Yassine Jaber, a member of parliament representing the Amal Movement, a Hezbollah ally, said nothing has happened in the interim and that there wasn’t anything to talk about, declining to comment further.

While the American legislation did not blow up the Lebanese economy (the main office of Blom Bank, however, was bombed), it did further emphasize BDL’s role in the absence of real governance and policymaking. The government and parliament have largely reduced their activity to reactionary decision-making and emergency legislation, rather than proactively addressing the many systemic challenges that the country faces.

Speaking generally on policy making, Hiba Khodr, a professor of public policy at AUB, says Lebanon has good policy proposals and policy research. “We just don’t have a policy agenda, and we don’t define our policy interests,” Khodr said at a November panel discussion hosted by AUB’s Issam Fares Institute for Public Policy. Fadia Kiwan, the director of the Institute of Political Science at Beirut’s Université Saint-Joseph, added that political parties do not focus on policymaking because they are mostly concerned with confessional quotas and obtaining ministries that have the most power or resources they can use to benefit their constituencies.

The election of a president was the first step toward defining government priorities and a renewal of state institutions that will give decisionmakers in the private sector, the banking community and other economic stakeholders a sense of direction moving forward. Whether Lebanon’s economy will improve in 2017 is a question that only time can answer.