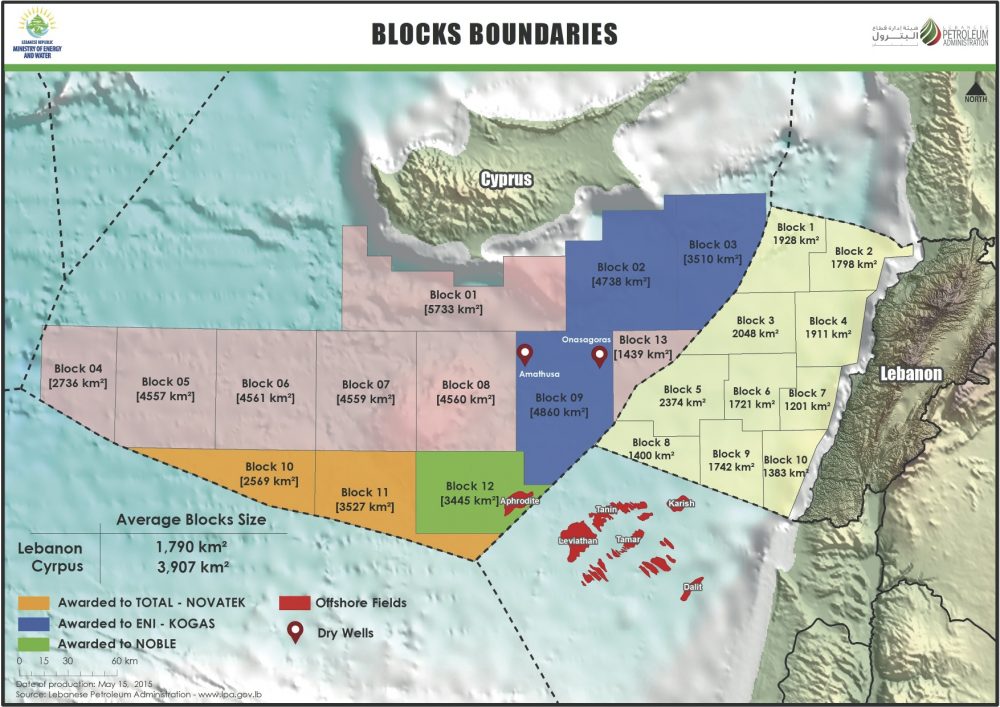 One of the key issues that Lebanon’s new government must address – and the list is long – is the two oil and gas-related decrees that have been collecting dust in the Council of Ministers (COM) for more than three years.

Despite a relatively upbeat start, led by the Lebanese Petroleum Administration (LPA) in December 2012, the process of building a domestic oil and gas sector came to a halt once it reached the COM in mid-2013. Upon taking office, then-Prime Minister Tammam Salam established an inter-ministerial oil committee in April 2014 whose job, in retrospect, aimed to stall rather than lead the development of the sector.

Beyond meetings with the LPA, the prime minister and the inter-ministerial committee failed to inform the public about what the body achieved, why the two decrees did not pass, and what plans are in place to move the sector forward.

For there to be any hope of the sector being governed effectively, a number of policies should be adopted beyond the approval of the two outstanding decrees. For one, the government needs to seriously develop a strategy for the energy sector. In other words, we, the Lebanese public, need to know how much energy Lebanon requires in the next decade and beyond, how the government plans to meet that need, and what the role of the offshore oil and gas sector is within that strategy.

When speaking with government officials, it becomes apparent that they have no qualms about telling us that they do indeed have a strategy – though it has little substance that would even classify it as a strategy – which was produced in 2008 when the oil and gas markets were very different than today. Nearly a decade after this strategy was produced, there is little consensus about adhering to it even among elites themselves, not to mention the wider public.

Although the LPA has gone to great lengths to organize and participate in numerous workshops related to the oil and gas sector – including those that were held jointly with the Lebanese Center for Policy Studies (LCPS) – there is a need to institutionalize the participatory process. This entails establishing a formal process by which experts, civil society organizations and think tanks can engage with the LPA, while also ensuring more decision makers are directly participating in this process. Such an arrangement would allow all concerned parties to inform one another about their work, exchange advice and constructive criticism, and ultimately result in building consensus about the sector.

While all eyes are on the two decrees awaiting passage, government agencies need to build capacity so they can better manage upcoming challenges in the sector.

One such example is the Ministry of Environment. A recent LCPS policy paper argues that the responsibilities of the ministry must be better defined, its institutions strengthened, and “the procedures by which third parties are used for inspections and investigations should be developed, new legislation should be passed covering management and disposal of drilling and production wastes, and the provisions under which environmental assessments are carried out and environmental permits are issued must be finalized.”

It must also be ensured that the government’s take of petroleum revenues is maximized. To facilitate this, the government must begin by opening up only a few of the offshore blocks, rather than all of them as desired by some of the political elite, so it can intensify competition.

[pullquote]In the last three years, the parliament has not bothered to hold one oversight session where it could pose questions to the government on where Lebanon stands in relation to the [oil and gas] sector[/pullquote]

However, the number of blocks offered for licensing is only part of the story. Out of 46 pre-qualified firms, 12 of them are well-known large operators and 34 are non-operators. Looking at some of the latter, a worrying sign emerges. Some companies were established a few weeks before the deadline, hence calling into question the credibility of their qualifications. The LPA has already collected information about the beneficial owners of these companies using a 20 percent ownership share as a threshold. However, it is essential that the LPA and other government agencies commit to disclosing information about company ownership shares and lowering the threshold for disclosing this information.

In a related matter, the LPA and the government have expressed serious interest in joining the Extractive Industries Transparency Initiative (EITI) and are even boasting about the fact that Lebanon might become a member before issuing a license. However, as much as EITI can be useful in mitigating the risks of corruption, its usefulness is confined to certain phases in the value chain. In other words, EITI can help identity discrepancies between how much the companies paid the state versus how much the government received from them. But EITI does not tell us whether the government received an optimal deal. Also, it does not monitor the management of oil revenue, where corruption is known to take place.

This does not mean that Lebanon should not join EITI, but relying exclusively on it is not prudent. Lebanon needs to strengthen its own oversight agencies and accountability mechanisms to minimize the risks.

This is not good news for Lebanon, since accountability is a cornerstone of good governance. In fact, in a recent LCPS survey with members of parliament, only 35 out of 65 MPs knew that Lebanon’s economic zone is divided into 10 blocks and only one MP actually knew that there are 46 pre-qualified companies.

Lebanon’s sector is in a precarious situation. If political elites continue to undermine state institutions for their own gain, then it is better that Lebanon’s oil and gas remain buried under the sea, rather than burying us with heightened corruption and exacerbated inequality.