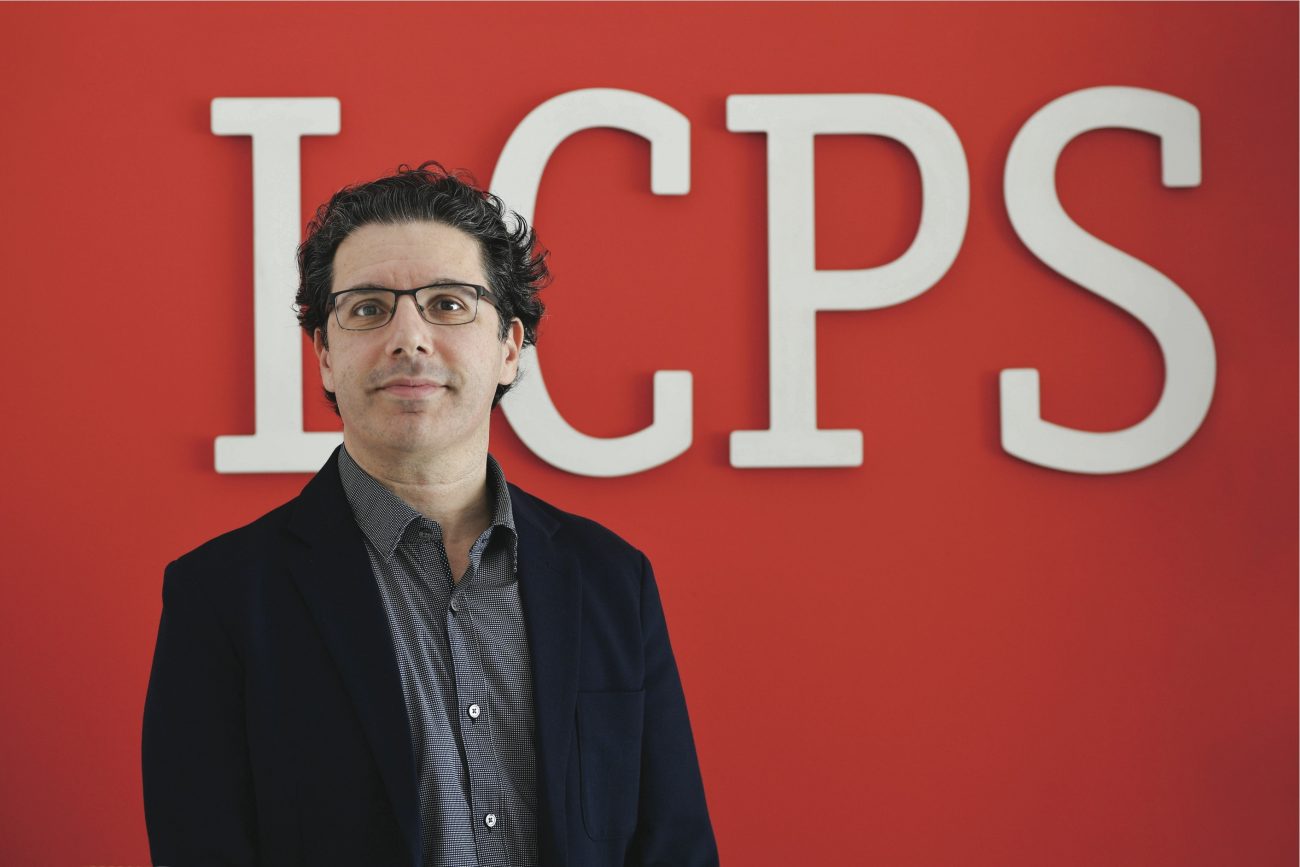 According to elected officials, 2017 was a year of achievement for the Lebanese state. After years of political polarization that prevented even basic governance, lawmakers made progress this year by passing the first state budget in 12 years, appointing officials to fill vacant positions in security, judicial, and other state institutions, and ratifying a new electoral law ahead of parliamentary elections scheduled for May 2018.

But these developments might not mean that Lebanese politics have fundamentally changed. Sami Atallah, the director of the Lebanese Center for Policy Studies, a Lebanese think tank, says the state’s efforts in 2017 were probably more opportunistic than altruistic. Atallah says that Lebanese politicians are primarily looking to bolster their records ahead of next spring’s elections, and that he does not foresee an opening for non-traditional party candidates in the coming election, unless they succeed in framing the debate on socioeconomic issues and offer serious solutions to address them.

E   In November 2017, the parliament approved the first budget since 2005. What does this mean for law and policy-making?

First and foremost, it’s about time that the government submit a budget and the parliament approve it. Putting aside the content of the budget in terms of spending priorities and fiscal reform, the fact that the country was operating without a budget for the last 12 years indicates a governance failure par excellence. While the government was unable or unwilling to put together a budget, the parliament also failed to uphold its responsibility of compelling the government to submit one. In fact, the parliament has facilitated the improper behavior of the government by approving many laws of a fiscal nature, despite the absence of a budget. In effect, the parliament was giving the government a carte blanche and became an accomplice by further undermining public finance management. Through such a prism, one can see how the parliament, which ought to represent and protect public interests, seems at best incapable of doing so—not because of lack of authority, but because it chose to give up on its responsibilities and succumb to political paralysis that governed the period.

E   But does the adoption of a budget suggest adherence to a more sound fiscal policy?

No, it does not. Adopting a budget is a necessary action by the government and Parliament. Not doing so is a violation of the country’s laws. Just because they passed a budget, it doesn’t really mean that it carries any fiscal reform with it. It only means that the political elite have agreed on spending allocation and how to finance them.

Any serious fiscal reform should tackle some of the following: For one, they could revise the tax system in a way that reduces the tax burden on middle and low income groups. They could address the expenditure side of the budget. Although spending on public salaries and wages as percentage of GDP is not much higher than the international average, the public bureaucracy suffers from poor productivity. This is largely the doing of the same elite who were complaining about adjusting the salaries of the same people they recruited into the public administration for clientelistic reasons.

Any serious reform could also streamline social spending, which is mired with problems. Consider that several public ministries and agencies allocate money to the same sector, which undermines efficiency. For instance, the Ministry of Education, the Office of the Prime Minister, and the Council of the South can allocate resources to public education. Furthermore, social spending is not commensurate with outcomes. According to a study by Herera and Pang (2005), Lebanon utilizes 25 percent more input to “produce the same health outcomes [as] best practices countries” and “13 percent more input for education”.

Fiscal reform could also allocate public resources based on equity rather than political considerations. The government could begin evaluating the efficacy of spending on various programs, including those at the Ministry of Social Affairs, whose budget is mostly allocated to charitable organizations. If it’s serious about reform, the government could strengthen the public procurement process and reduce; if not, eliminate corrupt deals that have infested the public sector. It could also review the government’s public properties and assess the extent to which the state is getting its fair share.

If serious about reform, the government could also adopt institutional reforms, including what is referred to as budget comprehensiveness, where all government spending is integrated into the budget. Currently, a fifth of such spending takes place outside the budget and without much scrutiny, consequently undermining efficiency and accountability. The government could also adopt a more transparent budget classification. There are already serious concerns about the credibility of the numbers that have yet to be addressed. These are some of the measures that the government or Parliament can adopt to demonstrate a commitment to reform. However, none of these were seriously brought up. In the last parliamentary debate, some MPs have managed to put on a show highlighting corruption concerns, but effectively, nothing happened. In brief, we’re very far off from any reforms.

E   Do you think the tax law and the salary-scale adjustment will begin to redistribute income and wealth in Lebanon?

I do not believe the governing elite had redistribution of wealth in mind. Instead, they passed the legislation out of the imperativeness of the coming election. It’s not a coincidence that previous salary-adjustment bills were passed prior to parliamentary elections. Lawmakers needed to pass the salary-scale adjustment, and the new public spending had to be financed. Imposing regressive taxes would have been counterproductive politically and electorally, so they needed to come up with a compromise. Politicians were stuck between satisfying their electoral bases at the expense of taxing the capitalists who they are very close to, if not from the same circle. Something had to give, so they imposed indirect taxes, like the Value-Added Tax [VAT] increase, but also increased taxes on capital in order to raise more funds to cover the gap of the salary adjustment bill.

We should keep in mind that in the past, lawmakers have favored legislation which indeed redistributed wealth, but in favor of the wealthy. Consider that tax reform in 1993 reduced the highest bracket on income from 45 percent to 10 percent, hence reducing the tax burden on those with high incomes. They have helped the rich avoid paying inheritance tax by exempting the selling, buying, and transferring of shares in real estate companies—which are often set up as holding companies for the family’s assets—from taxes.

Rather than making income tax progressive, the government relied on indirect taxes and fees to finance its budget. In 2003, the government introduced a VAT of 10 percent. The burden of the sales tax, which is paid by consumers, ends up falling disproportionately on the lower income groups. By 2011, the VAT became a significant source of revenue, making up almost one-quarter of total government revenue. These are just few examples to show how the government opted for taxing consumption rather than capital, hence reducing the tax burden on the rich while taxing those with limited income.

E   Will fiscal and taxation policy, or other good governance issues, be important to voters in next spring’s parliamentary elections? And, in your opinion, will any of the non-traditional political parties or non-establishment candidates stand a chance of picking up seats in Parliament?

It’s all about how you frame it. These independent movements could succeed in framing issues in such a way that they address people’s concerns and needs head on. This would require a full understanding of the concerns and needs of voters, not just simply running on an anti-corruption platform. They would need to adequately articulate such a message to the people, which requires that the media be on board. They will also have to be ready to respond to or counter the narrative of traditional political parties, which will try to shift the debate to somewhere else, to sectarianism or the disassociation policy or Hezbollah’s weapons, all in order to divert attention from the real issues that matter to Lebanese.

If the elite succeed in maintaining control, then there is very little chance for the independent movements to have a breakthrough. However, if independents can show that they’re up to the fight, at least in terms of highlighting Lebanese people’s concern, then the elite will find themselves in a battle they can’t win because they have consistently failed to deliver basic services.

Many of our traditional leaders have no clue how to address these issues. This is not to romanticize civil society, because it needs to be up to the task of articulating solutions. Sometimes, I find civil society organizations and non-traditional independent politicians to be shallow in how they approach politics. Just because you’re a new face and you’re not corrupt doesn’t mean you have a solution, so this is frustrating, too. Independents or civil-society activists who want to run for elections need to clearly articulate why they are running and the solutions they will be pushing for.