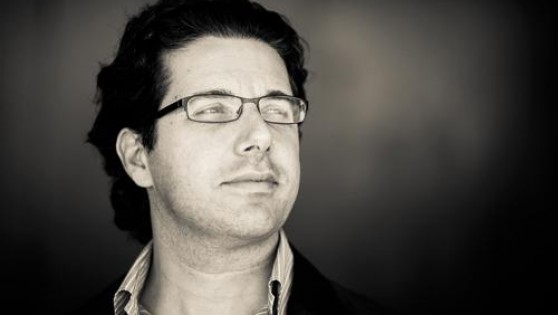 Lebanon is presented with the most serious challenges it has faced in the past decade. The economy is struggling, the internal security situation deteriorating and the country’s neighbors pose real threats. But amidst everything, there are opportunities — not just in newfound offshore oil and gas but also within the country’s ingenious population.

As we head into 2013, what can be done to help the country unite, to overcome its challenges and ultimately to grow? Over the course of this week, eight influential figures will address seven important topics, each suggesting one proposal to help the country move forward.

To improve Lebanon’s democracy, we need to rethink our system of devolved government. Right now we have regional municipalities and municipal unions, but neither of them function properly. Instead I propose the introduction of regional councils to connect the country along non-sectarian lines and help it grow.

Municipalities and municipal unions: Failing us all.

Since municipal elections were reinstalled in 1998, they have no doubt reinvigorated local democracy, and provided an impetus for decentralization. However, municipalities remain administratively and fiscally constrained, limiting their service delivery to a fraction of their supposed responsibilities. The number of municipalities in Lebanon, which has mushroomed from 718 in 1998 to 985 in 2012, is too high for 4.5 million people in a tiny country. Croatia, for example, has the same population as Lebanon but five times the surface area, yet it only needs 429 municipalities.

Furthermore, 70 percent of Lebanese municipalities have a registered population of less than 4,000. Almost 400 municipalities do not have a single employee and another 400 have very weak municipal administration. The few municipalities that have the fiscal resources to hire qualified staff face bureaucratic hurdles in their hiring procedures. For instance, it took the municipality of Ba’aklin three years, 73 referrals, and up to 15 signatures to hire a treasurer.

On top of this, they simply do not have the financial ability to do their jobs. The total amount of spending by the municipal sector amounted 6.3 percent of central government expenditure (excluding debt), while their revenue was almost 9 percent. Both of these are significantly lower than the 12 to 15 percent found in many comparable countries.

In effect, municipalities have fallen into a vicious cycle: many of them have no staff to collect fees and taxes and without municipal revenue they are unable to hire staff. Consequently, many are unable to provide services despite the wide range of competencies given to them by law.

On top of these, there are municipal unions, which have become important stakeholders in the context of decentralization. Today, there are 48 unions, of which 35 were established in the last decade. These unions include a total of 680 municipalities as members and are responsible for two-thirds of the population of the country.

Municipal unions are supposed to provide public projects of common interest including roads, sewerage, garbage, slaughterhouses,firefighting, organization of transportation, co-operatives, and markets. Although some have been able to provide services and undertake development projects, their work is constrained by overlapping competencies between municipalities and unions, weak administrative capabilities, excessive procedures to hire municipal staff, and low fiscal resources to undertake developmental projects.

Time for a rethink

I believe it is time to rethink our system of local government. There is a need to redesign the system in an integrated way — helping poorer areas become better-linked to richer ones. This requires a new tier of government on a regional level.

Under such a plan, the central government would be responsible for functions of national concern — such as trade, defense, foreign affairs, criminal and civil law, and industrial policy — while municipalities would focus on hyper-local issues such as street-cleaning and garbage collection. In between, the newly-formed regional administrations would help ensure integrated development.

These councils would be given the responsibility for applying national laws to the regions, thus redistributing the competencies and responsibilities of municipalities, unions, regional councils, and the central government.

More importantly, these councils should be directly elected by citizens. This would enhance democracy, help us move away from sectarianism and break the stranglehold on power of the traditional political groups.

One of the major problems in Lebanon is the inability to directly elect the head of the major political institutions, meaning deals are made behind closed doors. If the heads of these councils were directly elected along non-sectarian lines, they would have a mandate to bring about change.

For these new councils to be effective, they must have the fiscal authority to set the tax rate as well as collect it. Hence there is a need to reallocate some of the taxes and fees currently collected directly by municipalities to regional councils where economies of scale are possible. Regional councils must be endowed with the tax administration to ef?ciently and effectively collect these taxes.

Although direct taxes and fees ensure a degree of ?scal independence, they are unlikely to cover the spending needed for regional administrations. Two additional sources of revenues must be channeled towards them: the first is from the Independent Municipal Fund (composed of 11 taxes which are used to finance municipalities) where a significant portion of its revenue could be transferred to regional administrations rather than spent by the central government on items that do not benefit smaller regions of the country. Second, there is estimated to be at least $1 billion in revenues collected over the years by the Ministry of Telecommunication that was not distributed to municipalities.

Although direct taxes and fees ensure a degree of fiscal independence, they will unlikely cover the spending needed for regional administrations. Two additional sources of revenues must be channeled towards them: The first is from the Independent Municipal Fund (composed of 11 taxes which are used to finance municipalities) where a significant portion of its revenue could be transferred to regional administrations rather than spent by the central government on items that do not benefit smaller regions of the country. Second, there is at least an estimated $1 billion of revenues collected over the years by the Ministry of Telecommunication that was not distributed to municipalities.

The Lebanese often bemoan the state of their democracy, but many feel powerless to help change it. These proposals could make a real difference to all our lives.

Sami Atallah is Director of the Lebanese Center for Policy Studies