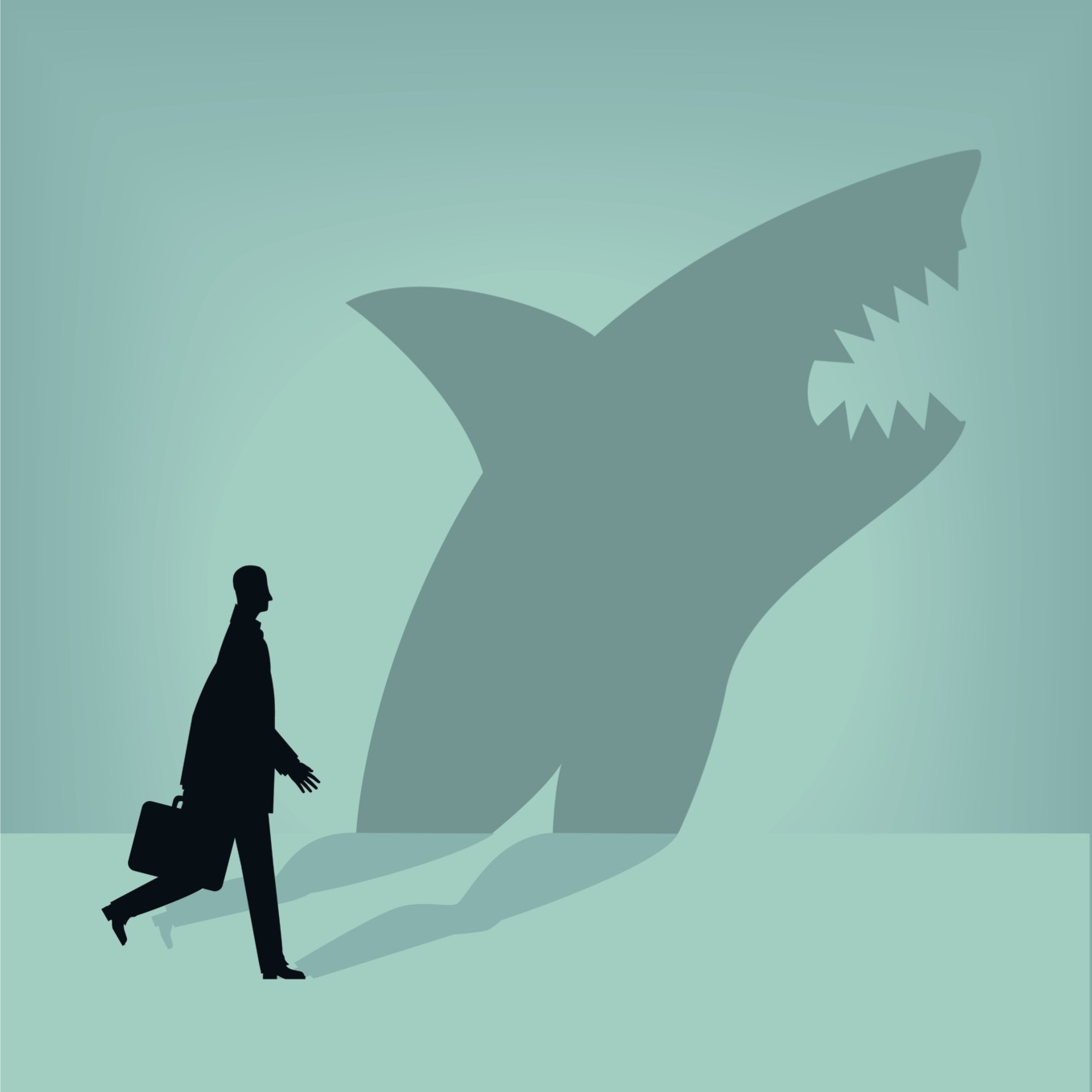 Playtime is over. Nearly one year after calling for unregulated lenders to step out of the shadows, Banque du Liban (BDL), Lebanon’s central bank, imposed new restrictions and reporting requirements on what are locally known as comptoir creditors. Until January, articles 183 and 184 of the 1963 Code of Money and Credit – Lebanon’s banking bible – allowed companies to engage in consumer lending absent of any BDL supervision provided they did not accept deposits. While a few of these companies – most notably al-lebananiyeh al-arabieh lil tasleef, which was running television, print media and billboard campaigns to promote its willingness to approve a loan in five minutes – have garnered media attention because of legal trouble in late December and early January, the exact size of this market segment and the overall economic impact of the new rules are difficult to quantify.

In early 2015 and again in January 2016, BDL published decisions related to comptoirs (see box). The January 2016 rules set out new regulations for these type of companies. While the central bank refused Executive’s interview requests to discuss this topic, circumstantial evidence suggests consumer protection was at least a partial motivator.

Forced to show their hand

On February 2, 2015, the central bank published two decisions. One of them, basic decision 11947, called on regulated banks and financial institutions to include more financial education in their dealings with clients, and builds on a 2010 decision that called for clearer explanations of loan terms in bank and financial institution advertising. Among other requirements, the 2015 decision demands that banks and financial institutions “provide customers with accurate, clear and ample key information on the conditions, benefits and risks of products and services.” It defines “key information,” in part, as: “the computational method of the actual cost of each product or service (i.e., all expenditure, commissions, expenses, charges and/or any other amounts)” and “the computational method of the lending or deposit interest rate of each product or service.” Basic decision 11948, passed on the same day, calls on what it identifies as “comptoir credit” companies – those operating under articles 183 and 184 of the Code of Money and Credit – to notify the central bank of their existence. On January 21, 2016, the central bank again passed two decisions related to the comptoir lenders: one banned all banks and financial institutions from loaning them money, and the second brought them into the central bank’s regulatory orbit – meaning they must play by the same rules as regulated lenders including 2015’s rules on properly informing customers about the products and services on offer.

In investigating this story, Executive reached out to other lenders operating without the same supervision as that imposed on banks and financial institutions – microfinance institutions (MFIs). Every MFI Executive spoke with says a comptoir would be called a loan shark in an English-speaking market, meaning their practices are predatory and they charge interest rates in the neighborhood of 30 percent or more per month. According to a report in the local press, two comptoirs were shuttered in late December – Housing Finance for Financial Loans in Hadath and MFD in Jal el-Dib. Both were closed because of consumer complaints about their loan practices, the report said. The comptoir with the most aggressive advertising strategy, al-lebananiyeh al-arabieh lil tasleef, is under scrutiny for allegedly selling collateral before a borrower defaults, a practice now specifically banned by BDL. Local media report that al-lebananiyeh al-arabieh lil tasleef would draft documentation allowing the company’s owner – Fadi Jairo – to sell whatever collateral they offered up in exchange for the loan if the borrower defaulted. One of the company’s print ads specifies that collateral can be property, land or a car or truck title. Customers allege that Jairo tried selling their possessions before they defaulted. Executive contacted al-lebananiyeh al-arabieh lil tasleef for an interview and was originally told a meeting with Jairo would be arranged on January 20. When Executive called on the agreed date, an employee of Jairo said, “He has a problem. He’s not coming.” On January 25, Executive called the company to ask about interest rates on their loans only to be told that it is no longer accepting new borrowers pending clarification of the new central bank rules.

As evidenced by the February 2015 decisions, comptoirs have been on the central bank’s radar for some time. Bachar Kouwatly, general manager of Ibdaa Microfinance, tells Executive that BDL even tried to ascertain their numbers, although he did not have more details. Youssef El Khalil, president of the Microfinance Association – a group of MFIs recognized by the Ministry of Interior in 2015 – tells Executive that, according to figures from the central bank, where he also works, there were “over 1,000” comptoirs prior to 2015, but no more than 40 after the bank began requiring them to register. This does not necessarily mean there are fewer loan sharks in Lebanon, of course, as BDL’s request for information could well have pushed some comptoirs further into the shadows. Each MFI Executive interviewed distinguished between shadow lenders registered as companies (the comptoirs) and village loan sharks operating without any pretense of formality. “The local loan shark has existed forever and a day,” says Youssef Fawaz, executive director of Al Majmoua, an MFI. Some of Al Majmoua’s micro borrowers, he explains, took their first loans from his institution specifically to pay off debt to village loan sharks. That said, he adds that he has noticed some comptoirs – like al-lebananiyeh al-arabieh lil tasleef – being more aggressive in recent years, but notes loan sharking is not something the central bank can eliminate completely. “They’ve been there, and they will always be there,” he says.

The new central bank rules, however, seem aimed at making the comptoir business less lucrative and easy to engage in as well as curbing some of their more unsavory and potentially illegal practices (such as selling collateral before a borrower defaults, which is the subject of a court investigation into al-lebananiyeh al-arabieh lil tasleef). For example, a comptoir must have 2 billion LL (over $1.3 million) in paid-up capital in order to register, and must have the same paid-up capital for every branch it wants to open. Comptoirs must also register all the loans they give at the central bank; their clients cannot be made to pay monthly installments that exceed 35 percent of their household income; loans they give cannot be worth less than 60 percent of the collateral on offer, nor can the loans exceed 5 percent of the comptoir’s capital or $100,000, whichever is less; and they cannot take fees for opening a new file for a client.

Requiring comptoirs to report all their loans to the central bank serves two purposes. In the year 2000, the central bank created a Central Office of Credit Risk to keep track of all outstanding loans in the country. The office is a tool to limit over-indebtedness – meaning that it prevents consumers from taking out multiple loans with different banks. Without it, enforcing caps on the percentage of monthly income going toward debt payments would be more complicated if not impossible when a consumer has different loans from different institutions. Requiring comptoirs to register loans with the central office means they will be part of this system. Prior to the central bank’s January decision, comptoirs could theoretically add to a consumer’s debt burden if that consumer had other outstanding loans. This rule therefore helps protect consumers from themselves. However, it also adds a level of control to this previously unregulated market segment by making these loans known to the central bank. Khalil, head of the Microfinance Association who spoke to Executive just days before the new rules were public, likens steps to control comptoirs to central bank moves to crack down on then-unregulated money exchange offices in the wake of US Treasury Department accusations in 2013 of money laundering against the Lebanese Canadian Bank, which supposedly involved exchange offices. “Exchange bureaus in this country were operating [with no regulation beyond registering their names at the central bank prior to 2013], but nowadays with anti-money laundering laws, [the central bank] had to intervene, and now they are very heavily regulated.” The loan registration rule means the central bank will have an idea of the total value of this market segment, information that is lacking until now.

One previously unregulated lender that will now have to abide by the central bank’s rules is Money sal. Founder and General Manager Elias Samia tells Executive he welcomes the new rules. Since launching operations in 2012, Samia says his company – which lends at an annual interest rate of 17 percent to salaried employees of what he describes as “top tier” companies – has been fighting perceptions that Money is a loan shark. More regulation, he says, is another weapon in that fight. Money launched an aggressive expansion campaign in October 2015, partnering with retail outlets – mostly cellphone shops – to extend its reach and build a national distribution network. He tells Executive that, as of mid-January, Money had 150 such partnerships with a goal of reaching 700 by the end of 2016.

He describes the company as an “investment vehicle” for sister company UFA Assurances, founded by Henri Chalhoub and focused on insurance, which Samia notes means UFA has plenty of excess liquidity. Money takes no collateral and promises quick and easy loans. It even offers a loan-delivery service, of which Samia is particularly proud. The company caps its loans at $6,000 and Samia says the average ticket size among Money’s 7,000 borrowers is $2,500. He wants to double that portfolio in 2016 and grow by 30 percent in each of the following four years, meaning Money would have around 40,000 clients by 2021 with an average ticket size reaching around $4,500. The company, he says, currently has provisioned for a non-performing loan rate of 1.7 percent but the actual default rate is 0.4 percent.

One risk to his business posed by the new regulations, Samia says, is the loan reporting requirement. He estimates around 15 percent of his clients choose Money specifically because of the anonymity it was able to offer. In an interview before the new rules were made public, Samia says that some clients also come to Money because they have loans from banks but cannot borrow more because they are already spending 35 percent of their household income to service existing debts, yet they have enough disposable income to take on a bit more of a debt burden. Asked after the new rules were made public whether the fact that the cap now also applies to Money will shrink his client base, he denies that the regulation poses a new business risk for the company, saying he is confident that the central bank may waive that requirement in certain cases.

Perhaps the most significant impact of the new central bank rules will be the level of consumer protection that comes with subjecting monthly comptoir loan payments to caps based on household income. Lebanese law, according to Toufic Soudayha – a lawyer with Alem & Associates – puts no interest rate limits on lending. Coupled with the requirements to fully explain to people the loan’s terms when borrowing from a comptoir, the loan-to-income limit will help protect people who might not fully realize what they are getting themselves into.

What effect BDL’s new regulations will have on the wider economy is unclear. As Société Générale de Banque au Liban (SGBL) notes in its January 2016 monthly economic publication, “In late 2014, the Central Bank tightened personal lending requirements in a bid to keep household leverage ratios in check and reduce risk in the financial system.” In the wake of that rule change – which mirrors the monthly payment versus household income cap placed on comptoirs – SGBL notes that the value of consumer loans offered by banks “rose by only 1.84 percent [year-on-year] in the first six months of 2015 to $6.65 [billion], a net production of just $14.3 [million] over the period, down from $325.7 [million] in the first half of 2014.” It seems safe to assume comptoirs will face a similar lending slowdown, meaning consumers will be pumping a little bit less cash into the system.