Home Economics & Policy The saga of Lebanon’s first licensing round

The saga of Lebanon’s first licensing round

Is there an end in sight?

At the end of 2017, politics once again threatened the completion of Lebanon’s first offshore oil and gas licensing round. More than four years ago, former Prime Minister Najib Miqati resigned the very day his cabinet was set to discuss two decrees needed to open the bid round. Those decrees finally passed in January 2017, and this year saw development after development that made it seem as though the oil and gas sector was finally a top priority for the government.

However, just as the first licensing round was drawing to a close—following a positive recommendation from the Lebanese Petroleum Administration in favor of awarding licenses for Blocks 4 and 9 to a consortium made up of France’s Total, Italy’s Eni, and Russia’s Novatek, and right before one final government approval—Prime Minister Saad Hariri announced his resignation from Riyadh, Saudi Arabia, on November 4, 2017.

The Ministry of Energy and Water tried to be reassuring. On the sidelines of the Abu Dhabi International Petroleum Exhibition and Conference on November 14, Energy Minister Cesar Abi Khalil put forward a “business as usual” attitude, claiming that the political crisis would not delay the licensing process.

Luckily for Lebanon, events unfolded positively, because the political crisis could have derailed the licensing process. Hariri put his resignation on hold after returning to Beirut on November 22, following a request from President Michel Aoun. The president had previously refused to accept the resignation until Hariri returned to Lebanon to submit it. A prime minister who has not resigned is still an active prime minister, and his government is in its full capacity. A series of consultations among various political factions led to a dissociation policy toward regional conflicts that was unanimously approved by the government and resulted in Hariri revoking his resignation at the beginning of December.

The government is now expected to resume normal activity. If the government’s priorities remain unchanged —and it appears they are­—it would be reasonable to expect that awarding  EPAs will be on cabinet’s agenda in the coming period. In the meantime, and parallel to the political crisis, the Ministry of Energy and Water, along with the Lebanese Petroleum Administration, successfully concluded a three-day negotiation at the end of November with the Total-Eni-Novatek consortium over the technical part of their offer for blocks 4 and 9. The energy minister will detail the results of the negotiations and the bids put forward by the companies in a report that will be submitted to cabinet for approval. If cabinet approves the offers, the minister will be authorized to sign the exploration and production agreements with the consortium.

Although the situation appears to be less alarming now, this is not an open-ended issue. There are deadlines to take into consideration. According to the tender protocol, an application is valid for a period of 180 days after submission, which took place on October 12, 2017. The energy minister can extend the deadline for up to 90 days based on a recommendation from the Petroleum Administration. Further extensions are possible, but subject to the approval of the consortium.

The saga of the first licensing round has been riddled with one crisis after another. By early December, four and a half years after its launch, it seems to be nearing conclusion. But even at this stage, political decision-making still affects the process. This latest episode confirms what was already obvious: Every step of this process that requires a political decision to move forward is a potential obstacle. This also applies to future licensing rounds. Though the political factor will always be at play, it will probably be less predominant in the post-licensing phase, where other technical and financial considerations will become apparent.

The good news is that the investors that have made the decision to come here are aware of the political risk involved and have factored it in. This tempers the need for crisis communication designed to reassure them. Verbal assurances can only go so far when your interlocutors are fully aware whether a potential threat is serious enough to bring the process to a halt. 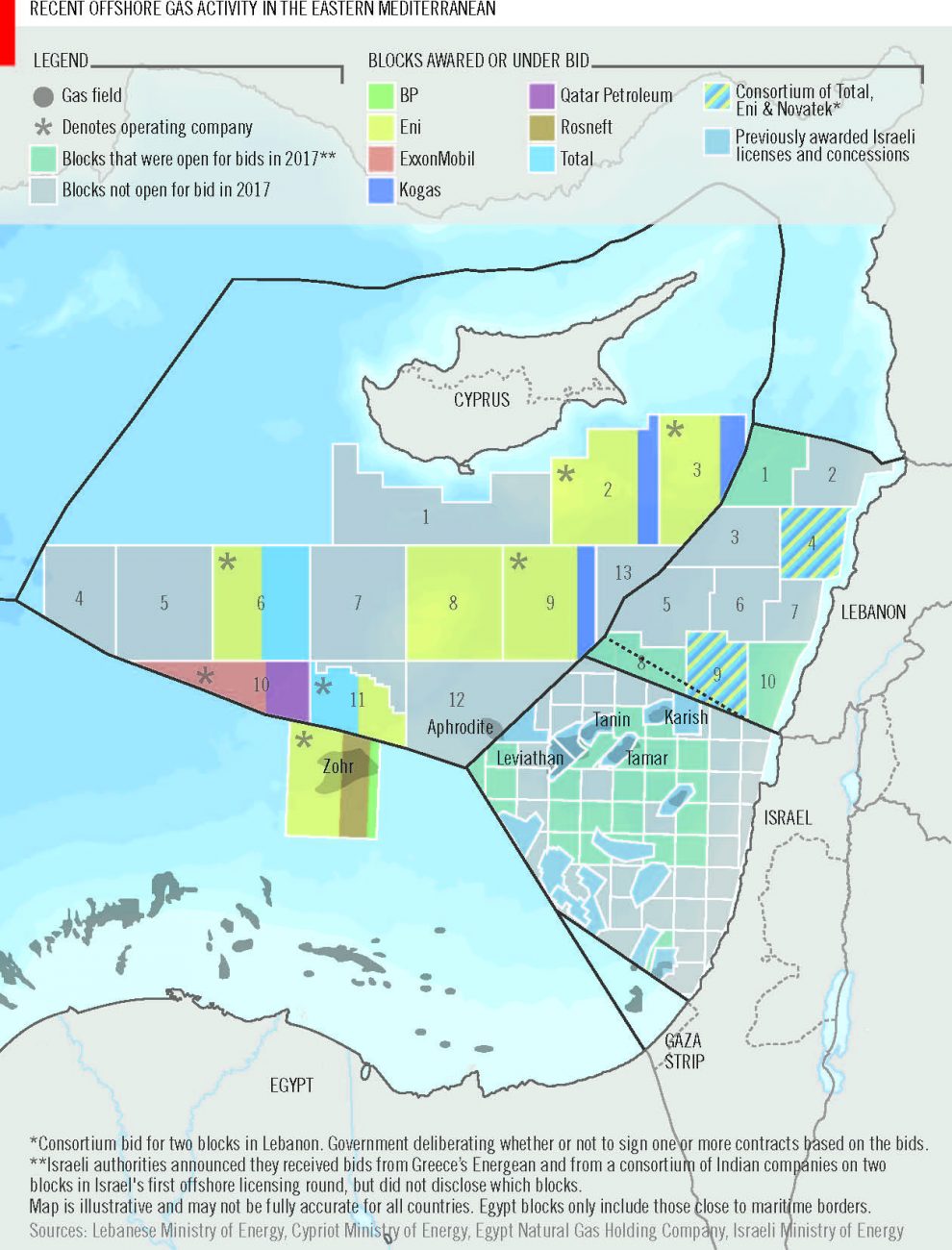 In need of new energy

With the upcoming signing of the EPAs, a more detailed analysis of the legal issues and risks with respect to Israel would be appreciated.