Trash and the towns

Lebanon’s garbage crisis predates independence. Case in point, the country’s first sanitary landfill was built in the 1990s even though the technology emerged around the 1920s. Despite repeated policy failures by successive governments, however, the situation could be turning around.

By law, municipalities in Lebanon have the authority to handle their own garbage. Beginning in the mid-1990s, the central government contracted waste management in the country’s most populous areas (Beirut and the coastal districts from Jounieh in the north down to the Chouf) to the Averda companies Sukleen and Sukomi. This service area accounts for around 50 percent of the waste Lebanon generates. The rest of the country has mostly been managing its own trash (which means relying on foreign grants or – as is the case in Saida – a mix of grants with foreign and local private investment). Waste collection in Lebanon has long been reported to be 99 percent, according to the Ministry of Environment. Picking it up is relatively cheap. In areas outside of the Sukleen/Sukomi service zone, disposal has been the big problem. There are hundreds of open dumps in the country and uncontrolled garbage fires are still a part of waste management strategy in some places. Sorting facilities to recover recyclables, composting facilities for organic waste and sanitary landfills for what’s left are expensive to build and often don’t make sense if they are servicing too small a population (meaning municipalities can most efficiently manage their trash by sending it to facilities that serve more than one locale). 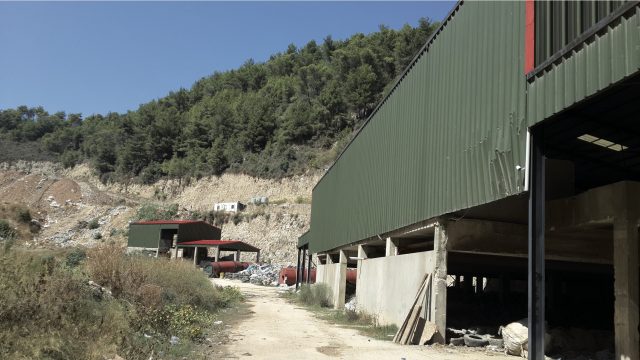 Because of financing troubles, donors and non-governmental organizations have largely filled Lebanon’s waste management gaps. Following the 2015 waste crisis in the Sukleen/Sukomi service area, more of the country’s municipalities have been exploring their options.

Ayoub Bark smiles at the question. “We’re rich,” the vice president of the Jbeil Municipality tells Executive when asked about the city’s finances. He then quickly clarifies that development projects are budget breakers beyond the city’s means. Bark says local banks with corporate social responsibility (CSR) dollars to burn as well as Mexican-Lebanese billionaire Carlos Slim have helped co-finance big-ticket projects. When it came to waste management in the city outside of the Sukleen/Sukomi service zone, however, private sector donors were impossible to find, he says. So the city turned to the European Union via the Med 3-R Project, a sustainable waste management initiative focused on the Mediterranean region.

While the wider Jbeil district was hailed in the local news as a model waste manager during the stinkiest days of the summer 2015 waste crisis in Beirut and its five environs, the truth is not so clean cut. Bark confirms the district sends most of its waste to an open dump, not a sanitary landfill, in Hbaline, some 550 meters above sea level. He also confirms that sorting and composting facilities near the dump has not been operating for over a year. 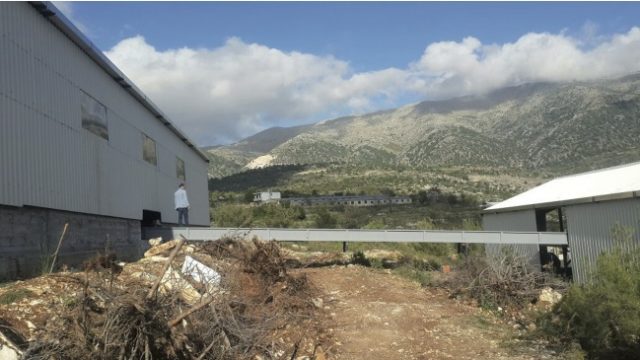 Bark says that in early September, the city will break ground on its own sorting and composting facilities, intended for use by four neighboring municipalities. Jbeil is on the hook for 20 percent of the cost, and the 400,000 or so euros coming from Med 3-R is separate from the nearly 78 million euros in EU grants for waste management in Lebanon. Bark explains the city secured other funding for more bins and will soon begin demanding city residents sort at source. As Executive spoke to him in late August, an awareness raising campaign was about to kick off, with maps of the city’s neighborhoods for door-to-door message delivery brought to Bark’s office during the interview. He explains that six months after recycling bins are distributed to each household in the city, fines will be issued for those not sorting (the amount of fine had yet to be determined, he says). Should the plan for fining residents who shun sorting actually be implemented, it will be the first time in Lebanon such a fine is levied. (The 1977 law governing municipalities lists fines as a potential source of revenue, but does not detail what municipalities can and cannot impose monetary penalties for).

If imitation is the highest form of flattery, Sukleen should be blushing. The waste management company’s name is a hybrid of the family name of the firm’s founder (Sukkar) and a misspelling of the world “clean.” When Sukleen stopped collecting waste because the government closed the country’s largest sanitary landfill in July 2015, some customers decided they’d finally had enough and chose to sort their own garbage. Literally. Three months into the waste crisis, up in the Chouf, the “Chou-clean” project was in full swing.

With donations of an undisclosed sum from Chouf MPs Walid Jumblatt and Nehme Tohme, the Union of Municipalities of the Higher Chouf bought 5,000 square meters of land and built a trash sorting facility as well as a hangar for composting organic waste, Union President Roger Ashi tells Executive. The union comprises 15 villages (including Moukhtara) with a total population of around 25,000 and a waste stream of between 22 and 25 tons per day, Ashi explains. 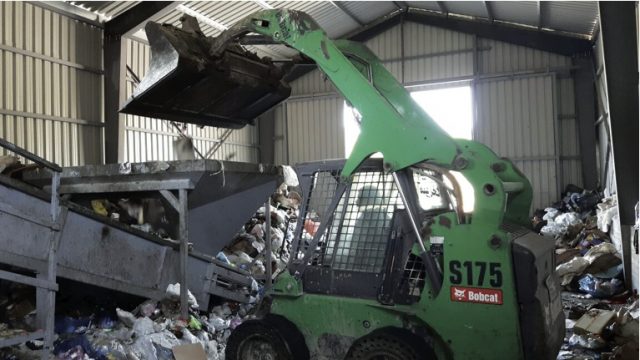 Ashi also aims for sorting at source in the union’s villages, but says no fines are planned for violators. He envisions the villages soon sending no waste to a landfill. The union is currently not handing any of its waste to Sukleen, he says, recycling and composting as much as possible and storing the rest until the union can purchase a baler (or a machine to compress the “reject” waste, which would end up in a landfill in many other jurisdictions). While he insists the rejects won’t be landfilled, he only smiles when asked where the trash will end up (remember: there are potential commercial uses for this garbage).

For now, the Union of Municipalities of the Higher Chouf “is not accepting waste from any outside area” and the success of the project has the union thinking of scaling up. He says they may buy more land to build new facilities to service other cities and villages nearby. Given the right scale, waste management can be a very lucrative business.

This article has been amended. Orignally, Executive incorrectly wrote that the Union of Municipalities of the Higher Chouf sued Sukleen, resulting in a third party weighing the waste Sukleen collects from the union. In fact, the company says, weighing the union’s waste separately resulted from a 2013 decision by the Ministry of Interior and Municipalites, not a court case. Executive regrets the error.

Curiosity and culture in the streets