There, blocking the right-hand lane of traffic, was history repeating itself. Four days after the municipality of Bourj Hammoud blocked access to a temporary waste storage facility on August 24, uncollected garbage was spilling onto the Mirna Chalouhi Road in an eastern suburb of Beirut. If the latest pile-up of trash on the ground suggests anything, it’s that the government’s most recent waste management plan (agreed to in March) is not going well.

Less ambitious than previous policy attempts in the past 18 months, the plan focuses on Lebanon’s most populous areas (Beirut and the districts of Keserwan, Metn, Baabda, Aley and Chouf – a.k.a. Sukleen country), not the entire nation. It also relies on a popular technology that faced stiff local opposition in the past. By 2020, in theory, the burden of daily national power cuts will be a bit easier to bear as waste incineration is expected to provide a new source of electricity production, according to the plan. The last functioning incinerator near Beirut (at Amroussiyeh, south of the capital) was burned to the ground by angry residents convinced it was unclean back in the late 1990s. A 2010 plan to build three waste incinerators along the country’s heavily populated coast went up in smoke because of activist opposition to incineration and resident opposition to living near an incinerator. Despite this, waste to energy is back on the books. And the government’s given itself a four-year deadline to get there.

In the medium term, the plan is to build three sanitary landfills (one off the coast near Bourj Hammoud, one off the coast south of the airport – in an area called Costa Brava land – and one to service the districts of Chouf and Aley, the site of which has not yet been determined). Only one of the three has been successfully contracted for construction (Bourj Hammoud), but work is on hold. The landfills are expected to have a lifespan of four years (offshore stopgap measures until the bitterly opposed incinerators fire up on schedule). Meanwhile, semi-sorted garbage is being wrapped up (bailed, in industry parlance) and parked next to the soon-to-be landfills in Bourj Hammoud and Costa Brava (Executive has not been given an answer as to where the trash from Aley and Chouf ends up). 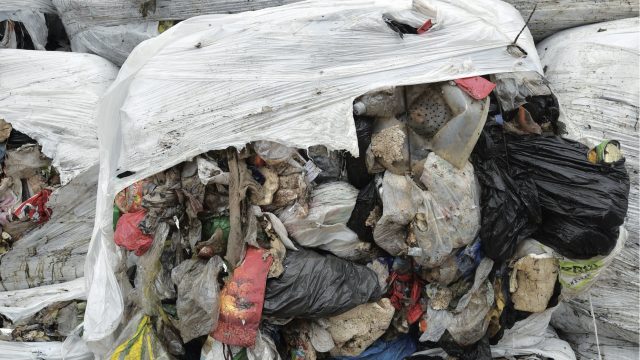 More immediately (as in, it was originally scheduled to have been finished by now), the government should sign new contracts for waste management in the capital and five surrounding districts. For years, Averda companies Sukleen and Sukomi have monopolized waste in this service zone. Sukleen collects it from stinking road-side bins, and Sukomi sorts out what’s still valuable, composts a small fraction of the organics (the company was promised more land for a larger-capacity composting facility in the 1990s but the government never delivered), and used to send the rest of the waste to the Naameh sanitary landfill, which Sukomi operated and maintains. All contracts with the companies expired in July 2015, but a clause of those agreements stipulates they must continue work if no alternate waste manager is in place, Sukleen’s Executive Director Anthony Kurban told Executive at an April press conference. In late July, after several delays, the Council for Development and Reconstruction (CDR), in charge of organizing these tenders, closed bids on a sorting facility contract and a composting facility contract for the Sukleen/Sukomi service area (it’s unclear if the government was requesting new facilities be built or whether it was simply seeking a new operator for the facilities it technically owns, currently operated by Sukomi). CDR also closed bids, in late July, on waste collection contracts, one covering Beirut, Metn and Keserwan, and a second covering Baabda, Aley and Chouf (splitting the collection zone in two, with a condition of thebid being that each must have a different contractor, according to Beirut daily Al-Akhbar). CDR is not granting interviews concerning waste management, a representative tells Executive. No winners for any of the aforementioned contracts have been announced.

[pullquote]If a municipality – or union of municipalities – wants a solution, the ministry will help them find donors to finance the project[/pullquote]

While numerous plans have been written, Lebanon has never attempted to implement a national waste management strategy. Areas outside of the Sukleen/Sukomi service zone have largely been left to fend for themselves. Beginning in 2003, the European Union began to step in, earmarking grant money for waste management in Lebanon. Through various projects that are scheduled to last until 2017, the EU is financing the construction or rehabilitation of 15 recycling or waste sorting facilities, 16 composting facilities and 8 sanitary landfills to the tune of 77.6 million euros. Taken all together, the EU-financed projects will serve a “population of over 3.5 million in 540 municipalities,” with total waste treatment capacity at “more than 2,395 [tons per day] (against the 5,500 [tons per day] generated in Lebanon,” according to a Fact Sheet the EU sent Executive. According to a September 2014 report by the Ministry of Environment, the EU projects will create modern waste management solutions for nearly the entire country outside of the Sukleen/Sukomi service area. Still left to their own devices, according to the 2014 report, will be the districts of Jbeil, Batroun, Bcharre and Hermel in the north as well as Jezzine, Rachaya, Hasbaya and Marjayoun in the south/south-west. 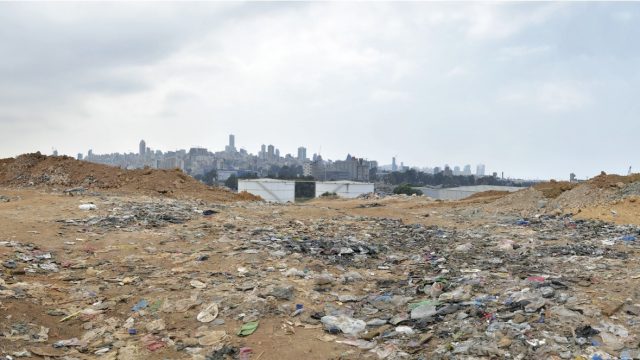 A plan approved by the government back in September 2015 called for providing municipalities with training and financing to handle waste management on their own. Nearly one year later, a committee that was supposed to spearhead the training aspect of this plan established under the umbrella of the Ministry of Interior and Municipalities met only once, confirms Khalil Gebara, an advisor to Interior Minister Mohammad Mashnouk. Asked if the committee is effectively dead, Gebara insists it is not. Pressed on what the ministry is doing to facilitate municipality-owned solutions to waste management problems, he says, “we respond to demand.” If a municipality – or union of municipalities – wants a solution, the ministry will help them find donors to finance the project. And while he as well as representatives of the EU and the World Bank (which is also financing two waste management facilities in Lebanon) insist donors are not wasting money by building redundant infrastructure, Gebara admits “the central government needs to do proper coordination.”

In writing that “Sukleen and Sukomi have monopolized waste in the capital and five surrounding districts,” Executive meant that the companies are the only providers in their service area and they handle the waste stream from collection and sweeping to treatment and final disposal. The magazine did not mean to imply the company broke any laws.

Trash and the towns