Where is the money going?

A closer look at Lebanon’s first budget since 2005

In November 2017, Parliament ratified a state budget for the first time in over a decade. For  fiscal year 2017, the state’s total spending allocation was almost $16 billion (LL23.9 trillion).

This represents a nearly 140 percent increase in public spending compared to 2005, the last year for which a budget was passed, when spending allocations totalled $6.6 billion (LL10 trillion).

In 2017, almost half of public spending—$7.6 billion (LL11.5 trillion)—went to common expenses, such as paying for interest on public debt, salaries and pension payments, and to subsidize the failing electricity utility Electricité du Liban.

The Ministry of National Defense, which is responsible for the finances of the Lebanese Armed Forces, was the highest-spending ministry in 2017 at $1.9 billion (nearly LL3 trillion), followed by the education ministry, which oversees the finances of the public school system and Lebanon’s public universities, at $1.1 billion (LL1.7 trillion). The next-largest allocation went to the Presidency of the Council of Ministers, which oversees public institutions like the Council for Development and Reconstruction, at $1.02 billion (LL1.5 trillion). Rounding out cabinet’s billionaire club was the interior ministry, responsible for domestic security forces, at just over $1 billion (LL1.5 trillion) in allocated spending. Health was the next-largest spending priority, with the Ministry of Public Health allocated $470 million (LL709 billion). 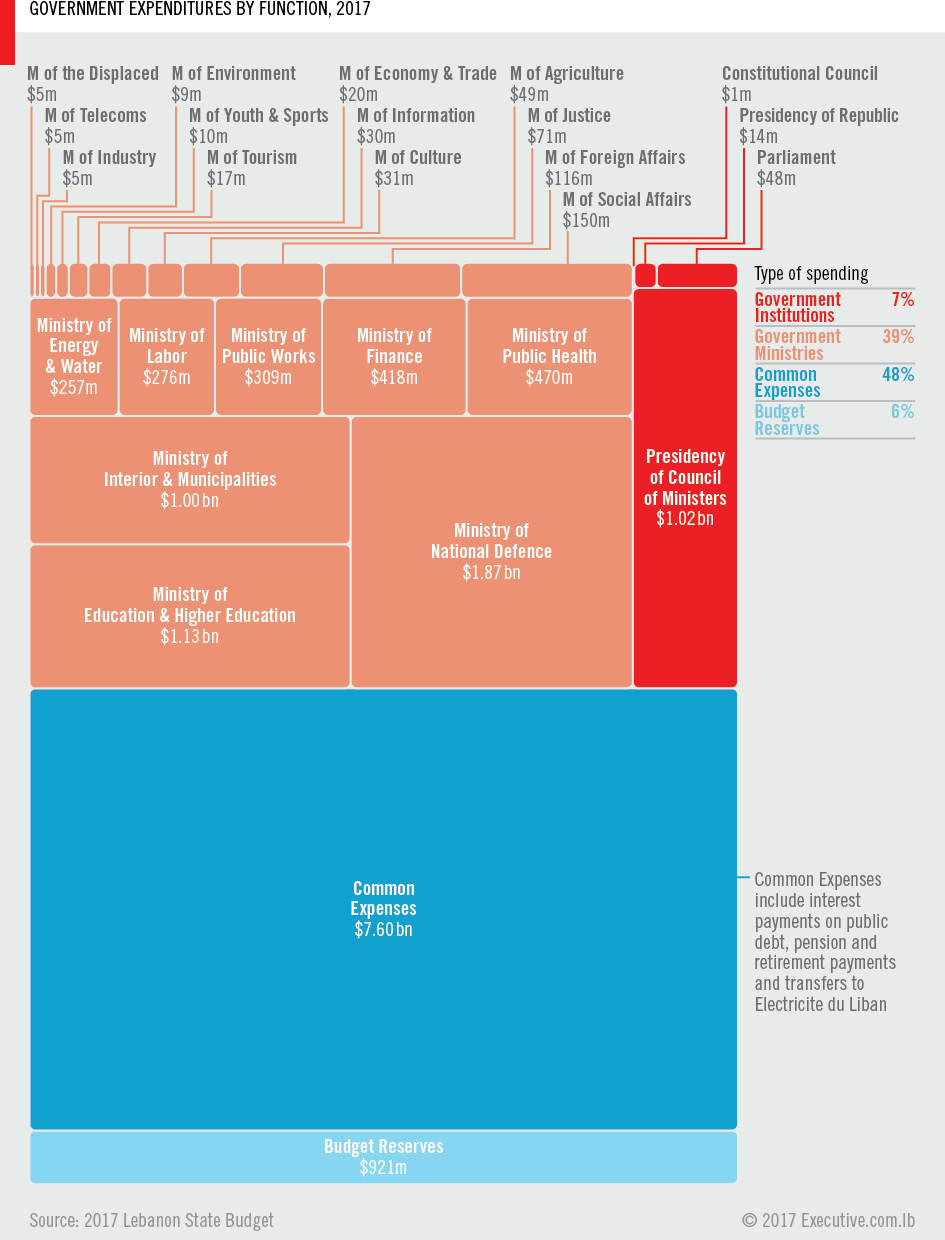 A lifeline for heritage out of thin air?