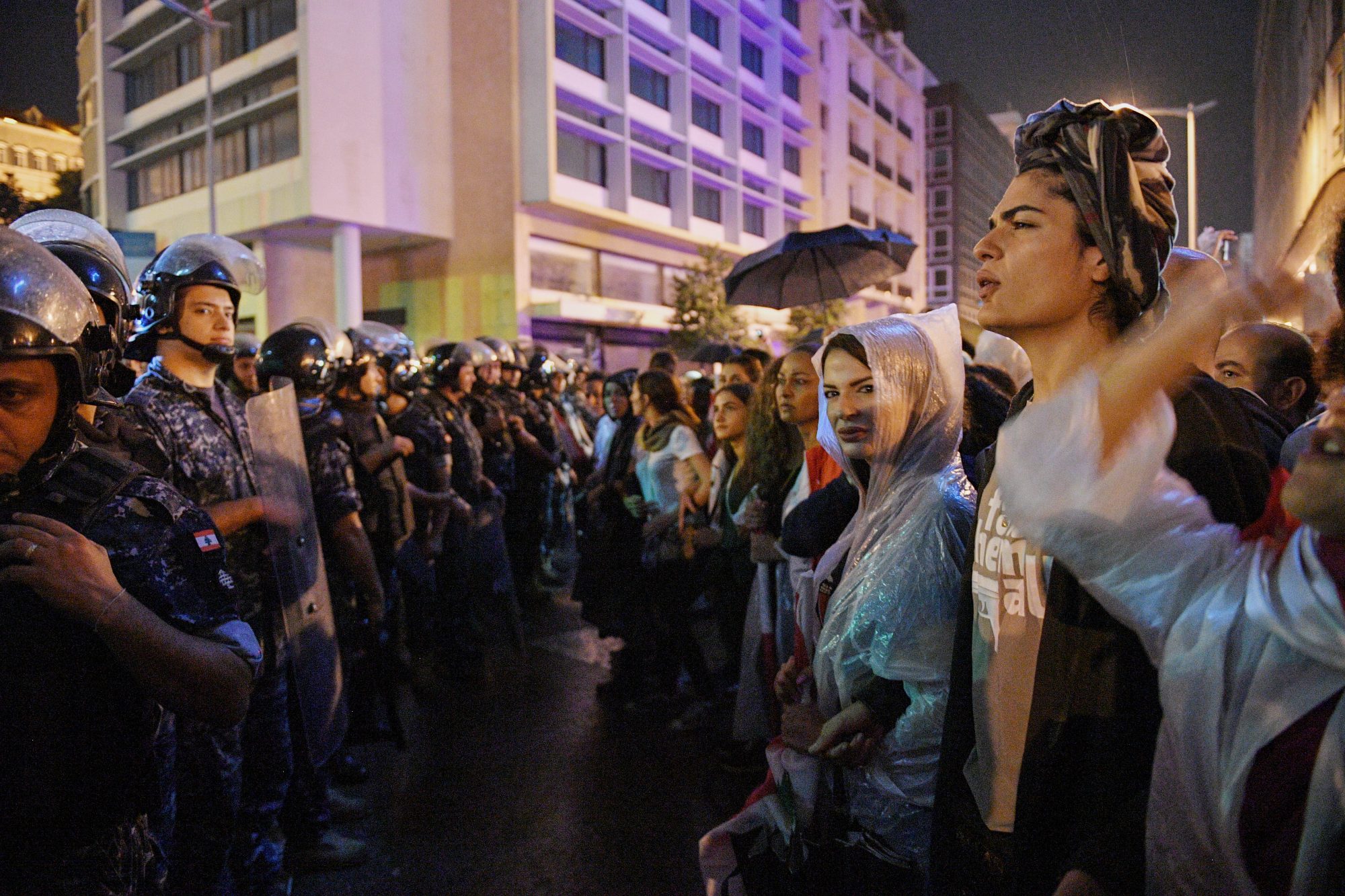 The unthinkable has finally happened. A stubborn sectarian system, undergirded by a peculiar postwar political economy, and sustained by institutional and disciplinary practices geared toward reproducing sectarian modes of identification and mobilization, has finally given way.

This is a story that can be traced back to the mid-19th century, when the dislocations created by overlapping socioeconomic transformations, Ottoman reforms, and colonial penetration exploded in the kind of violence that helped institutionalize a new sectarian order in Mount Lebanon. Previously a fluid social terrain, where religious identities coexisted and cross-cut with an array of alternative socioeconomic, kin, and local identities began to solidify around mainly sectarian identities. The post-1861 Mount Lebanon order structured political incentives along mostly sectarian lines. It was later reproduced in independent Lebanon, and then consolidated in postwar Lebanon. The latter’s recycled corporate consociational power-sharing arrangement redistributed political offices within an expanded but predetermined sectarian quota, further entrenching sectarian identities and modes of political mobilization.

This political system was coupled with a rentier political economy serving the sectarian political elite’s clientelist and private interests. A ballooning public sector played an instrumental role in this postwar political economy, but so did corruption and lawlessness. All this was meant to preclude any kind of meaningful political mobilization and affiliation outside sectarian straightjackets. Sectarianism was in fact the fig leaf camouflaging otherwise political and class battles. Genuine postwar peace and reconciliation among the different Lebanese communities was a prime casualty of this postwar order.

For this postwar political economy of sectarianism to function smoothly and reproduce docile sectarian subjects entailed continuous capital inflows to finance the country’s trade and fiscal deficits, and hence pay the price of a galloping public debt created in large measure by the archipelago of clientelist networks embedded inside and outside state institutions. This was achieved, but only with the help of successive donor conferences. Between 2006 and 2010, the balance of payments recorded a cumulative surplus of $19.5 billion. By 2011, however, this balance turned negative, reaching a cumulative deficit of $18.5 billion by end July this year. It is this structural fracture that created the economic grievances that exploded on October 17,  and later developed into a cross-sectarian, cross-class, and cross-regional anti-sectarian revolution.

What we are witnessing, then, is the birth of a new “imagined community,” one that travels across regions, classes, genders, and sects.

It is a revolution that has already achieved so much in so little time. It has allowed for a reimagining of the Lebanese nation beyond top-down imposed narrow sectarian affiliations. With this comes a shift in how people define themselves as agents: not as sectarian subjects in a political order cut along sectarian and religious lines, but rather as anti- and trans-sectarian citizens operating in a polyphonic and democratic civic space, one where alternative class, gender, and environmental interests drive political action. Moreover, the October 17 revolution marks the definitive end of the civil war, and a genuine bottom-up reconciliation between one-time warring communities. This reconciliation is the beginning of elusive postwar peace and collective healing, the real bulwark against future attempts to instrumentalize sectarianism by the political economic elite for local or geopolitical purposes. What we are witnessing, then, is the birth of a new “imagined community,” to borrow Irish political scientist Benedict Anderson’s term, one that travels across regions, classes, genders, and sects. That is the greatest and undeniable achievement of this moment, one that no matter the short-term outcome, can never be reversed.

Ultimately, and despite the inescapable violence exercised against them, it is this nascent anti-sectarian community composed principally of Generation Zs who will, by peaceful and democratic practice, demonstrate to those lingering sectarian communities that, to borrow from  French poet and politician Aimé Césaire, there is “a place for all at the rendezvous of victory” in the long battle for an alternative Lebanon.