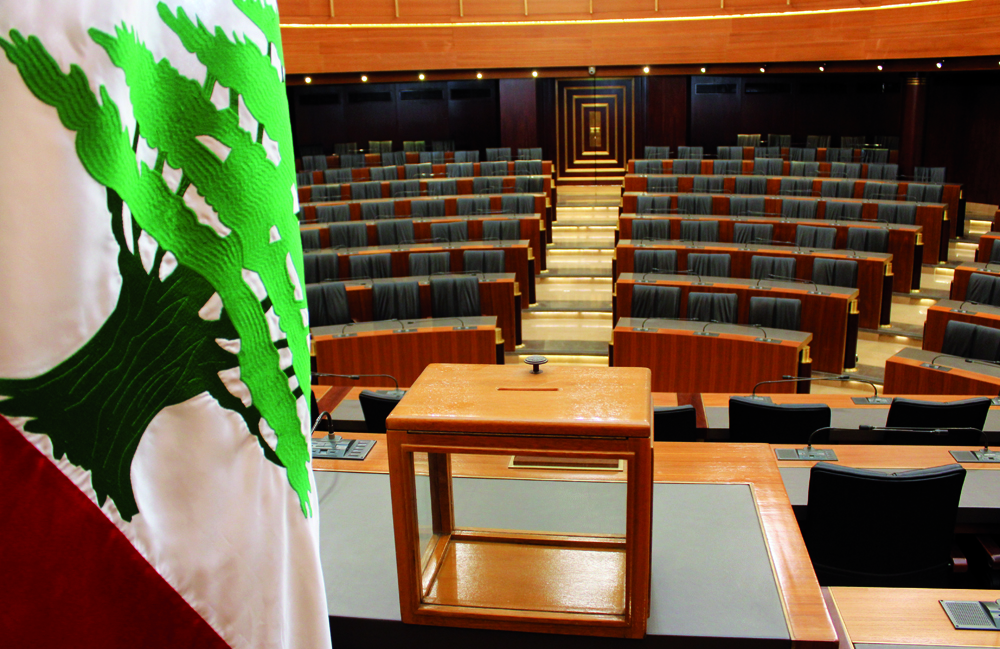 In January, Lebanon published slides outlining McKinsey’s economic vision—the outcome of a report commissioned by the Ministry of Economy and Trade in late 2017 following government discussions. The 1,274-slide document was developed over the first half of 2018, and outlines an economic vision produced by the consulting firm and owned by the government.

If we consider the country to be a company, we can say that this economic plan has buy-in from three top-level board members—but we do not have clarity on the views of intermediate or upper management, and for that a new cabinet must be formed. There is thus no buy-in at the level of administration or state management. This report would make sense were McKinsey talking to the tiny senior executive management layer of a family-owned corporation, or at best a family-owned rentier state cut from the same cloth as that of certain undemocratic states in the Middle East.

But that is not Lebanon. Despite all the weaknesses of our democracy, such as the disregard for the people’s sovereignty by political bosses or the corruption of unchecked political elites, Lebanon is a democratic state—albeit a democratic state where the public sector does not operate on functional democratic processes. Instead, elected lawmakers negotiate workable solutions for social and economic disagreements between their electorates.

Lebanese democracy enters this period—crucial for not only its growth and future prosperity, but for its very survival—as a state battered by external pressures exerted by foreign powers, with internal dysfunctions reflecting the collusion of politicos who appear to regard society in the same way as a band of horse thieves might regard a herd of mustangs. Even in the best scenario, Lebanese democracy is operated by consociational procedures whereby communities haggle with each other rather than work in the interest of a greater national benefit.

The McKinsey report on an “Economic Vision” for Lebanon appears to be willfully oblivious to this reality. Even as a top-down document, its substructure of “Vision 2025” and “Vision 2035” comes across as a consulting product aimed at owners of a fictitious state, replete with targets for imponderables (such as GDP, GDP volatility, and unemployment rates in 2025 and 2035) that strike knowledgeable readers as blatant figments of the imagination.

McKinsey has not tied its vision to any economic model, and has based it on feeble analytical foundations. Some news outlets have published comments labeling McKinsey’s report a “damning diagnosis”—but it was not a damning diagnosis of our economic state of affairs, it was just a reiteration and accumulation of known numbers. Faced with the report, people who had been free to ignore realities or who were focusing on just part of these diagnostics, can now see the situation as a whole, and do not like the way it looks.

On the other hand, there seems to be only a single opportunity that could come out of this report, and that is the ability to use it as a reference point for further debates over what is necessary and what is needed. We can always say that the Lebanese government, by virtue of their unpreparedness for producing a strategic vision for the nation, outsourced the work to McKinsey; although the consultants produced a long list that may be useless, the fact this work was outsourced demonstrates that one was needed. There is an opportunity for more constructive discussion, and McKinsey’s economic vision, then-caretaker Minister of Economy and Trade Raed Khoury told Executive in a mid-January interview, is the product of the state’s inactivity or non-decision making over the last 30 years.

There are four crucial design flaws in McKinsey’s economic vision, each with implications for its implementation. The first is that the plan is not based on verifiable data, and admits that it is not an economic plan. This economic vision, where it refers to data—whether existing or target data—does not have any kind of fact-checkable veracity, because the fundamental issue in Lebanon is that lack of data means we never know what we are actually talking about. A second design flaw is that there is no understanding of Lebanon’s fundamental economic and social models, an analysis of which is actually what we want and need. A third design flaw is in the methodology and internal coherence of the plan, which offers no measure of confidence that implementation of Recommendation A can be done without any other measure, or that Recommendation C must be implemented after Recommendation B. There is no specification of which measures can be accomplished when and no qualification of what such a specification would be based upon. The final design flaw of the McKinsey economic vision is that the consulting firm has no skin in the game (no accountability), if Lebanon attempts to implement the proposed prescription in the nation’s economy.

Executive reckons that there is much, much more that has to be on the state’s and the public’s agenda for 2019. More understanding of our possible economic futures, more inclusion in our national economic vision, more joint decisions across communities and compromise between divergent interests, and, crucially, more intelligent—well informed—action.