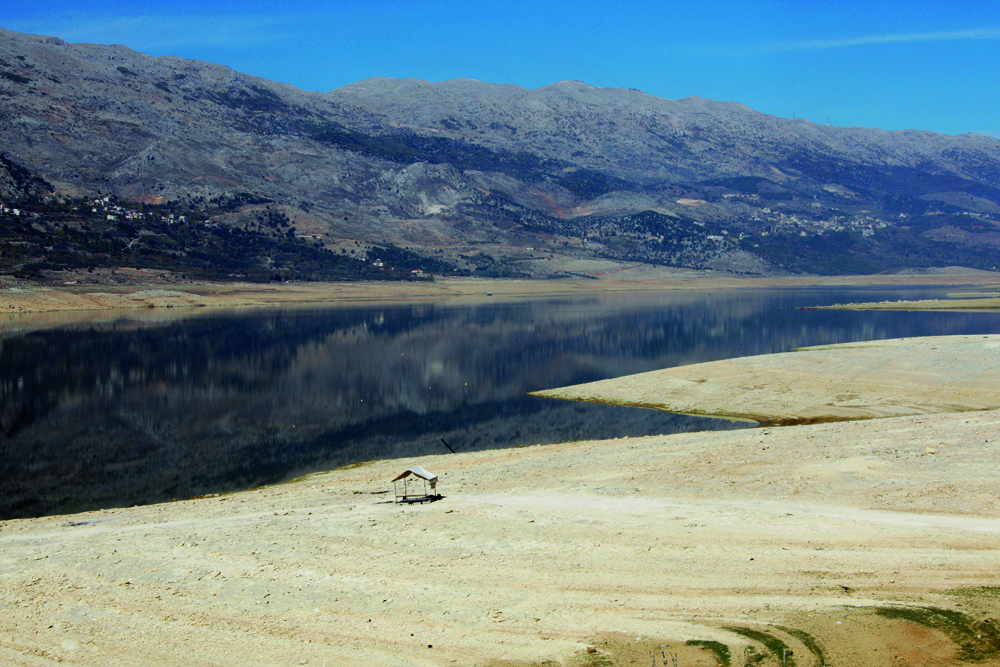 In January, Lebanon published McKinsey’s economic vision slides that were the result of government discussions in late 2017 on commission by the Ministry of Economy and Trade. The 1,274 slide show document was developed over the first half of 2018, and can be seen as an economic vision outsourced to the consulting firm with ownership by the government.

There is buy-in from three, top-level board members, but we do not have clarity of intermediate or upper management, and for that a new cabinet must be formed, hence there is no buy-in at the level of administration or state management. This report appears as if McKinsey is talking to the tiny owner-senior executive management layer of a family-owned corporation, or at best a family-owned rentier state cut from the same cloth found in some undemocratic state in the Middle East.

But that is not Lebanon. Despite all the weaknesses of our democracy, such as the disregard of the people’s sovereignty by the communal political bosses or the overloading of unchecked political elites with corruption, Lebanon is a democratic state. Albeit a democratic state where the public sector and society does not operate on functional democratic processes, where instead elected lawmakers negotiate workable solutions for social and economic disagreements between their electorates.

Lebanese democracy enters this period—crucial for not only its growth and future prosperity, but for its very survival—as a state battered by external pressures from foreign interests, with internal dysfunctionalities reflecting the collusion of politicos that appear to regard society as a band of horse thieves would regard a herd of mustangs, or, in the best (not currently vibrant) scenario where democracy is operated by consociational procedures whereby communities haggle with each other rather than in the interest of a greater national benefit.

The McKinsey document on an “Economic Vision” for Lebanon appears to be willfully oblivious to this reality. Even as a top-down document, its substructure of “Vision 2025” and “Vision 2035” comes across as a consulting product aimed at the owners of a fictitious state and society, replete with targets (for imponderables such as GDP, GDP volatility, and unemployment rates in 2025 and 2035) that strike observers as blatant figments of imagination. There is an obfuscation on the depths of stakeholder interaction because McKinsey writes in the opening slide that some 200 stakeholders across multiple economic sectors were interviewed, but there is no methodological attempt to indicate the width or depth or diversity of views or the intensity of the interaction. Instead, the stakeholders identified indicated an alignment with the original core owners that commissioned the report, showing a feedback loop and bias in interlocutors, so it is a very family centric incestuous inbreeding of insights. How can an economic vision be set when only 200 stakeholders are engaged and when three quarters of them are affiliated to the state?

The social contract of Lebanon has long been a topic discussed by Executive Magazine and McKinsey’s economic vision for the country appears totally oblivious to the question of what social contract might be desired by the Lebanese people and the different stakeholder groups in the country. Other than the board-level input on the plan there seems to be very little attention paid to what the employees of the corporation want, and in this case the employees are the citizens and residents of this nation—a corporation with more than four million people being totally ignored by the consultants. On that, Executive grades McKinsey a clear F.

There is no economic model that McKinsey has based its vision on, and what it is based on is a very feeble diagnostic. Some comments published already by news outlets have labeled McKinsey’s report as a “damning diagnosis.” No, it was not a damning diagnosis of our economic state of affairs, it was just a reiteration of known numbers accumulated in a way where people who had been free to ignore realities or who were focusing on just part of these diagnostics, now see it all together and claim it looks bad.

It is a disgrace for Lebanon, and it is a disgrace for McKinsey to produce an economic vision that claims to be the “first comprehensive study” utilizing a “fact-based scientific approach,” when in truth the 1274 page slide show is merely an aggregation of previously published studies by international and local institutions and uncited news reports and analysis (e.g. “Source: Press search).

The assumptions of the McKinsey report as far as vision 2025 and 2035 are very difficult to comprehend because we do not know their methodology, and so can only guess at how they calculated their predictions that Lebanese GDP per capita would rise from $12,000 in 2017 to $16,000 in 2025 and $22,000 in 2035 making Lebanon a high-income economic country, which would, at current comparison, rank us between 35 and 40 in the global list of economies. Predicting GDP on an annual cycle is haphazard and accuracy is rare, so predicting GDP on a 17-year cycle is better left to Leila Abdul Latif or Michel Hayek.

On the other hand, there seems to be only a single opportunity that could come out of this report and that is to have a reference point for further debates over what is necessary and what is needed. We can always say the Lebanese government by virtue of their unpreparedness for discussing and coming up with a strategic vision for the nation outsourced this to McKinsey and the consultants produced a long list that may be useless, but the fact that this was outsourced shows that it is needed. So there is an opportunity for more constructive discussion, and McKinsey’s economic vision, Minister of Economy Raed Khoury told Executive in a mid-January interview, is the product of accumulating failures over the last 30 years of inactivity or non-decision making by the state.

A positive aspect of the plan is that McKinsey attempts to incorporate the Capital Investment Plan (CIP) portfolio and prioritize its projects. On the CIP portfolio the impression nearly one year ago when it was first released to the public was that it was a total mess of holdover ideas and unstructured needs that were put together without even a level of cookbook coherence. Now the CIP evaluation by the McKinsey team says that 11 percent of CIP projects, worth $3.4 billion, are mission critical, another 15 percent are high importance, and 25 percent are marginal. McKinsey is attempting to structure the CIP portfolio into a more coherent work flow as far as order of priority. On the other hand, the priorities McKinsey identifies are exactly the same priorities that the government already had, so is that an independent evaluation or a contaminated adoption of the government’s point of view?

There were two projects that McKinsey added to the portfolio that were not exactly CIP projects but were included on the CIP slides: Smart Village Beirut and the construction industrial zone for reconstruction of Syria. The industrial zone seems pie in the sky because the political environment of Syria would require the Syrian state to welcome Lebanese companies with low customs barriers and low informal internal barriers to help them in rebuilding Syria.

There does not appear to be any indications whatsoever in January 2019 that this could be achieved without a tradeoff of sovereignty, i.e. if Lebanon agrees to become a province of Syria then maybe Bashar al-Assad would allow this. Any other solution of allowing Lebanese construction companies to basically take over the reconstruction of a large portion of Syrian housing needs is questionable. On the Beirut knowledge village, where the planned area extends from the border of Beirut Digital District to the Salim Salam highway in Bachoura, including most of Saifi Village, just looking at the land cost of that area, which happens to be amongst the most pricey real estate in Lebanon, and the fact that there is not a single university in the area, raises the questions of how much would Smart Village Beirut actually cost, and is it really a feasible idea?

Adding another layer on top of existing bureaucracy to execute and implement the ideas put forth in the McKinsey vision, in the form of the Performance Management and Delivery Unit (PMDU), is a bold attempt at coordination and implies overconfidence by the consultants about the ability of the state to fast-track reform or project implementation. A trip down memory lane to remember what happened with the empowerment of the Council for Development and Reconstruction (CDR) finds that it was constantly clashing with other entities in the ministerial bureaucracy and created a huge bottleneck in terms of decision making. How would the PMDU under the purview of the cabinet perform any better as a coordinator of already overburdened bureaucratic entities that exist today?

There are four existential design flaws in McKinsey’s economic vision and for its implementation. The first is that the plan is not based on verifiable data, and there is a slide that admits it is not an economic plan. But this economic vision where it refers to data, whether existing or target data for Lebanon, does not have any kind of fact-checkable veracity because the fundamental flaw of Lebanon is to not know what we are actually talking about.

McKinsey points this out, but ignores the fact that they do not have any numbers to base their vision on. If unemployment is identified at between 15 to 25 percent, one first needs to conduct a census to measure and understand the size and composition of Lebanon’s total working population so that one can measure this unemployment rate with some semblance of meaning and sectoral accuracy. If we do not know the total working population (as we do not) than what is 15 or 25 percent? Second grade math will inscribe even a mathematically disinterested pupil with the knowledge that one quarter of one hundred is different than one quarter of one thousand.

A second design flaw is that there is no understanding of the fundamental economic model and social model of Lebanon, which is actually what we want and need. This is fraudulent because we need to understand what society we want before we can say what economy we want, otherwise we have only an economy without a society. We do not have a socio-economic vision but an economic vision that is floating in the air.

A third design flaw is in the methodology and internal coherence of the plan that offers no degree of confidence that implementation of Recommendation A can be done without any other measure, or that Recommendation C must be implemented after Recommendation B. There is no level of timeliness in this plan that distinguishes measures that can be accomplished and no qualification of what that would be based upon.On every level of methodological enquiry McKinsey is obfuscating its real methodology.

The final design flaw of the McKinsey economic vision is that there is no skin in the game as far as accountability of the consulting firm in the level of assuredness that McKinsey can offer if Lebanon attempts to apply the methodology and recipe in the nation’s economy. The consultancy claims—in a well-hidden slide in the body of the 1274-slides long presentation—that its model “provides guidance on target-setting” and explains that it links its (individually mystifying) sector targets to their macroeconomic impacts through “simple linear regressions.” Even if that means that the plan might be appropriate for discussion in a profoundly disinterested 12th grade high-school setting or within a similarly inclined political class, can we really allow ourselves to be content with this?

Executive reckons that there is much, much more that has to be on the sovereign’s—meaning all the people’s—agenda for 2019. More understanding of our possible economic futures, more inclusion in our national economic vision, more joint decisions across communities and compromise between divergent interests, and, crucially, more intelligent—well informed—action.