The garbage may wash away but our politicians won’t

In late October the streets of Beirut filled with water. A torrential downpour, common for this time of the year, washed the garbage accumulations on various empty lots and roadside spots onto the city’s streets, turning what was solid waste into a disgusting viscous soup. After six weeks of disagreement over the emergency plan, the garbage crisis is now even more in our streets than ever. This shows how the garbage crisis in its essence always was a political battle between self-interested parties and was impaired by a huge presence of corruption.

The same actually is true for the electricity crisis where accusations and counter-accusations of corruption were exchanged between Speaker of Parliament Nabih Berri’s Amal Movement and former Prime Minister Saad Hariri’s Future Movement against the Free Patriotic Movement (FPM)’s Gebran Bassil. In short, Amal and Future officials charge Bassil and the FPM of incompetence in the tendering and implementation of contracts for projects from Bassil’s 2010 electricity plan (see table below) and the misspending of some $1.2 billion. For their part, Cesar Abou Khalil – an advisor to the Ministry of Energy and Water and a FPM candidate for parliament in the 2009 elections – said on talk show Kalam el Nas in late October that the Ministry of Finance did not release the needed funds for the projects because special interests wanted to see the electricity sector sink so low so as to force privatization, with plans to manage it with a company similar to Sukleen in the garbage sector.

The accusations come after a statement war between the Ministry of Energy and the Ministry of Finance in early September, followed by a squabble and pissing contest over which politician was less corrupt in an October energy committee meeting in parliament. The entire debacle is not a comedy, and it is not a tragedy in the classic Greek sense of avoiding bad fortune – which politicians are yet to try. It is, instead, downright insanity. The call for action is once again only to cry and say pack up and leave – to the politicians, not our youth.

The YouStink movement continues its campaign despite a momentum busting month that saw many of its activists facing criminal charges by military tribunal. Non-governmental organizations – like the Lebanese Transparency Association and Sakker el Dekkane – have helped shed light on illicit activity, but their lobbying efforts to pass legislation – access to information and whistleblower protection laws – to mitigate corruption have so far not borne fruit. Politically-backed organizations, such as Kataeb’s newly established MALAF, may not support non-partisan headway toward anti-corruption.

Unfortunately, civil society’s efforts to cleanse Lebanon have not achieved much in the way of systemic reform. But will the coalescence of corruption driven crises actually create real change? As Lebanon’s leading political leaders gather in national dialogue, the calls to root out corruption in delivery of basic public services – including waste management, water, electricity – by civil society and opportunistic politicians seemingly fall on deaf ears. Business will carry on as usual in the parliament as committees re-elected its members in October, despite the legislative body’s inability to elect a president or pass laws to address any one of the numerous economic or social challenges facing the country. At the executive level, the council of ministers remains paralyzed because decision-making stipulates a consensus vote – an impossible requirement given the political polarization.

What Lebanon has been facing is a lack of transparency in political supervision and a lack of accountability to the electorate. The world over, basic public services are delivered through two models, state-owned enterprises or privatization, neither being particularly more efficient than the other and both proven as failed models for Lebanon. What model is the appropriate vehicle to deliver a given service is an important debate that should ensue a overhaul of the system of accountability at three levels: political, institutional and economic.

Political accountability means citizens must have access to elected officials, who need to be able to answer questions with proof, and all ministry-related institutional accountability must be transparent. There are various instruments that can be employed – like public hearings and open committee meetings, or at least the full publication of the minutes of those forums – to make the process more accessible so that the constituency can hold politicians and government officials more accountable.

Economic accountability refers to those who have the authority for economic decision-making. That many of Lebanon’s economic drivers – institutions and business leaders and investors – are co-opted, married to the destiny of the political class, is concerning. This co-option has gone on far too long, so irrespective of any crony capitalism in banking or other sectors of the economy, the economic decision-makers have to accept responsibility for having contributed to the disaster we are in and draw the consequences. Moving forward, the economy still needs to be an active partner of the state and having a public-private partnership law can help further productive collaboration.

Not to mention this magazine’s warnings and calls for reforms, global institutions have pointed out time and again that transparency and accountability are key criterion for efficient functioning of economies, for their growth, and for social well-being. The enduring challenge in Lebanon, however, is that, even with legislation enacted and coupled with ministerial decrees for implementation, laws do remain unenforced. 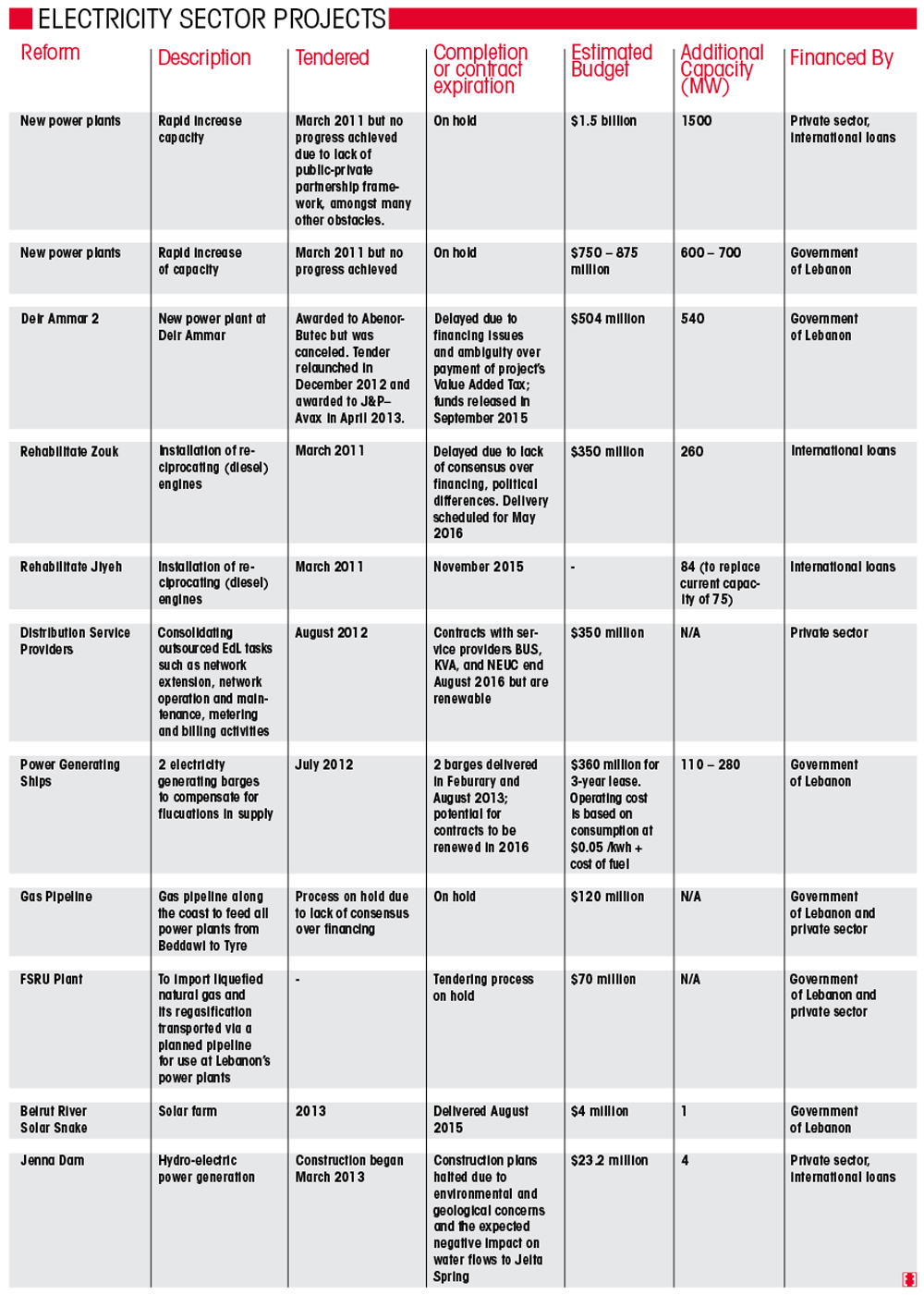 The end of the li(n)e