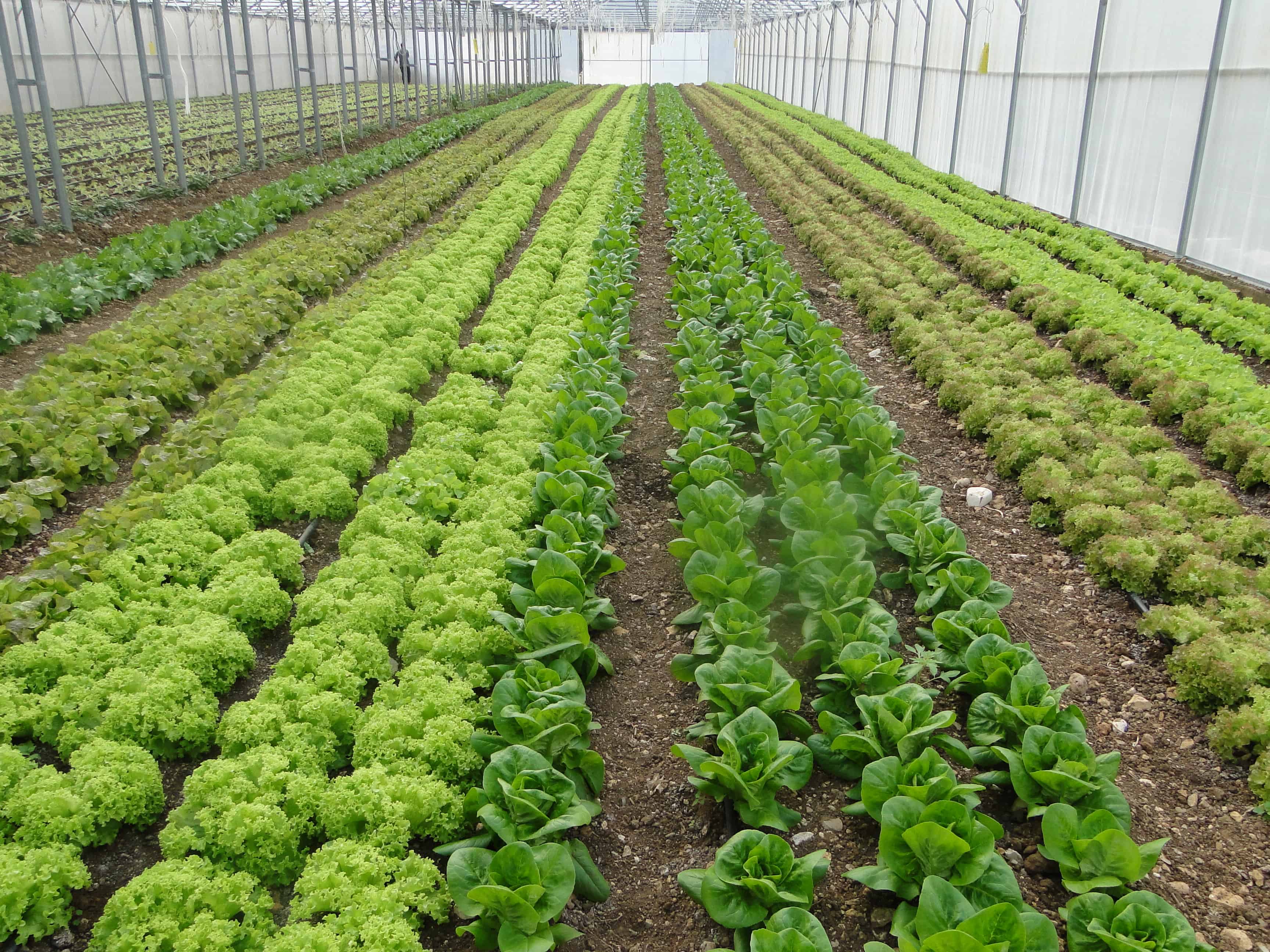 For almost anyone residing in Lebanon, trips to the supermarket have become laced with a vague sense of apprehension. The more privileged may wonder how much the price of their favorite brand of imported cereal is now (as prices have been inflating since the last quarter of 2019), or if indeed it is still found in the Lebanese market. Those at a low income level worry that they will no longer be able to purchase the basics needed to feed their families, as prices of even staple items are rising—not to mention the requirement to wear a mask at many supermarkets now, retailing at pharmacies at LL2,000 a pop.

The ongoing economic crisis in Lebanon—and now coronavirus-inspired trade restrictions—have led to inflated prices on imported goods, which, according to the Food and Agriculture Organization (FAO), account for 85 percent of Lebanon’s food basket (a list of basic food commodities calculated according to the minimum daily diet of 2,100 calories per the World Food Programme). This has led to questions about our food security, defined by the FAO as when “all people, at all times, have physical and economic access to sufficient, safe and nutritious food that meets their dietary needs and food preferences for an active and healthy life.” It has also made many question Lebanon’s lack of food self-sufficiency, defined by the FAO as when “a country produces a proportion of its own food needs that approaches or exceeds 100 percent of its food consumption.”

The size and scope of global food supply chains today has made nations largely interdependent on each other for food security. According to FAO’s Food Outlook Biannual Report on Global Food Markets 2019, an estimated 168.2 million tons of wheat was traded in 2018/2019 and 172.1 million tons are expected to be traded in 2019/2020, an increase driven by larger expected imports from drought affected Morocco and higher purchases by several countries in Asia (the report was compiled before the coronavirus crisis). This year-on-year increase in trade of a key staple food is just one example of the importance and common practice of global food interdependence.

A high dependency on imports for food supplies, however, makes a country’s food security vulnerable to external factors such as lower production in source countries due to climate change-related factors or when trade routes are disrupted because of political tensions or strife in an exporting country. An example of this is the coronavirus-related trade restrictions and food hoarding being witnessed in many countries, which has a potential negative impact on global food supplies, according to an article by Reuters published on March 26, 2020. While the article assures readers that, according to analysts, global supplies of the most widely consumed food crops are adequate, it still gives several examples—such as surging prices of soymeal in Argentina—where closed borders and reduced workforces are “putting a strain on the usual supply routes.”

These potential disruptions to trade routes are why most countries aim for a balance between food self-sufficiency and trading within the global food supply chain to ensure high levels of food security. One of the categories used by FAO to measure a country’s food security is “stability,” under which falls indicators such as per capita food production variability and cereal import dependency ratios (the higher the dependency ratio, the less food secure the country).

Lebanon falls on the lower end of food self-sufficiency as it imports 85 percent of its food basket. This makes its food security highly vulnerable: the liquidity crisis—which cut off traders’ credit lines—and the more recent restrictions on global trade brought on by the coronavirus crisis both indicate the extent to which this is true.

For Lebanon to strengthen its food security, it needs to begin with a better strategy for securing its food imports, says Rabi Mohtar, dean of the faculty of agricultural and food sciences at the American University of Beirut. Mohtar is critical of the fact that information regarding where Lebanon imports its foodstuff is not easily accessible through government reports, and that deciding on sources for agricultural imports does not appear to follow a strategy or plan set by the responsible ministries such as agriculture, industry, and trade.

According to Mohtar, the concept of food security has evolved from when a well-stocked silo of grain at the village entrance meant a happy and well-fed population to become “more complex and akin to portfolio management.” Just like it is considered prudent to diversify investments when managing a stock portfolio—or else risk losing all money invested if one stock plummets—it is wise to have more than one import source for staples. Mohtar gives the example of Saudi Arabia, which he says is one of the most food secure countries in the region because it imports the same staple from multiple countries, therefore diversifying its portfolio of agricultural imports and minimizing the risk to its food security.

Lebanon, by contrast, tends to opt for the cheapest source country for importing a staple foodstuff, meeting all its demands from it. For example, all of Lebanon’s wheat imports are from Ukraine (the 6th largest exporter of wheat in dollar value), according to Mohtar. “Our criteria were to import at a low cost and so we were not looking at that from a robustness of the food system and diversification perspective but I think moving forward we need to be looking at these issues and the tradeoffs,” he says.

Regardless of how much Lebanon diversifies its sources for imports, however, its food security will remain weak if 85 percent of its food basket comes from external sources. To decrease this dependency on global food supply chains, Lebanon needs to work toward increased food self-sufficiency. On aggregate, Lebanon is most self-sufficient in fruits (147 percent) followed by vegetables (93 percent) while it imports 83 percent of its total cereal consumption, as per ESCWA and World Food Programme’s 2016 Strategic Review of Food and Nutrition Security in Lebanon.

The first and most basic step for Lebanon to become more food self-sufficient is to further develop its agriculture and agro-industry sectors, according to Kanj Hamade, assistant professor of agricultural economics and rural development at the Lebanese University. “Before we talk about food sufficiency and decreasing our dependence on imported foods, let us first talk about supporting and strengthening our local production, our local agro-industry,” he says.

The ongoing economic crisis in Lebanon and the more recent trade restrictions due to the global coronavirus pandemic have made clear the importance of productive sectors to the economy (see Q&A with Nadine Khoury) and more attention is now being given to improving the country’s agriculture and agro-industry sectors (article forthcoming). Strengthening agriculture and agro-industry is easier said than done, however. Four years ago, in 2016, Executive covered the Lebanese agricutural sector and its limitations, which back then included a problematic and traditional irrigation system, limited availability of irrigated land, and lack of planning and coordination at the ministerial level, coupled with a lack of regulations and weak implantation of existing ones. Sadly, not much has changed since. According to FAO’s website: “Agriculture plays a relatively minor role in Lebanon, contributing about 5 percent of GDP.” In terms of the number of Lebanese dependent on agriculture to make their living, however, the picture is slightly different. Both the FAO and ESCWA estimate as high as 25 percent of employment in the country is through agriculture and up to 80 percent of economic output in rural areas is agriculture-based. On agro-industry in Lebanon, the FAO says it accounts for an additional 5 percent to GDP and “constitutes a major and growing employer in the economy.”

It is often said that opportunities lie in every challenge for those who know where to look. To Hamade, the difficulties in getting food products into Lebanon nowadays and their increased prices (caused by both the economic and coronavirus crises) creates an almost golden opportunity for import substitution in agro-industry. He sees the most potential for import substitutions in dairy production but says goat meat, pasta, and wheat-based breads—if we expand our wheat production—are all areas to consider. “In agro-industry, you can easily use existing production lines to produce and substitute items like pasta and other hard wheat products,” he says. “We have an opportunity in almost all food products to first try and get raw material from local markets—so we can support them—and if [the local supply] is not enough or not available, then import raw material to develop any part of the agro-industry sector so you can substitute imports and meet local demand.”

Both Hamade and Mohtar told Executive that increasing self-sufficiency is not a zero sum game—no country in the world is a 100 percent self-sufficient. Decreasing our percentage of imports, however, is still an important goal. “Because of the economic crisis and now the corona crisis, we have an opportunity to decrease this figure, which is very good,” Hamade explains. “We don’t have to be fully self-sufficient, however—which is hard anyway because we are a small country with limited resources such as water and land that are needed if we want to raise livestock, for example—but we can move the percentage lower.” Doing so, he says, will help Lebanon reduce its balance of trade deficit and move toward having a productive economy instead of being dependent on remittances.

Mohtar believes that any plan for Lebanese food security should first take into account the modern day Lebanese diet and then concerned ministries can set a strategy for what can be locally produced and what should be imported. “The need is not to make [the percentage of agricultural products that we import] zero because at some point it becomes a tradeoff—if it is too expensive to produce locally, then it is better to import—but we need to have a national plan for food security,” he says. “A plan would say, ‘Ok, this is my food basket, I am going to import this much wheat from multiple sources because I don’t want to be dependent on one country and I am going to produce my vegetables, eggs, and chicken. I will import some of my needs for red meat but I need to reduce my consumption of it and return to the traditional Lebanese diet where red meat was not consumed daily.’” Mohtar explains that the balance between import and local production would be a function of water, land, and technological availability, which, when combined would dictate the cost of local production against importing these commodities. “A national plan to protect, invest in, or to promote certain food products will guide this balance,” he says.

As it stands today, Lebanon’s food security is highly vulnerable due to the challenges facing food imports, which our national food basket depends on, and due to years of neglect toward the agro-industry and agriculture sectors. This cannot continue as is. Lebanon is now in serious risk of seeing a significant percentage of its population go hungry, as prices of basic imported commodities increase with limited viable locally produced options. If there ever was a time for the state to have a food security plan, then it is now.