When Gilbert Tegho launched his green building consultancy business e-EcoSolutions in Canada just over five years ago, awareness of environmental and sustainability issues in Lebanon’s real estate market was nearly nonexistent. As Tegho and his team prepare to host the fifth edition of the “Build It Green Lebanon” conference tomorrow in Beirut, Executive took the opportunity to meet with him to discuss the sector’s progress.

The main focus of the 2014 conference is “green communities.”  Can we see any examples of those in Lebanon?

A green community or a green city comprises more than just green buildings. This concept also involves transportation and the production of CO2, air pollution, waste and water management, parks and human life. In Lebanon we have some gated green communities being developed, one of the best examples of which is the Waterfront City project in Dbayeh. Now, by definition, a green community should be open, but this is at least a start. Some municipalities, especially in the mountains, are also trying to change towards this model even if not with a systematic approach. They are doing it with scattered solutions such as improvements in waste management.

[pullquote]Many developers are building green. Very few of them do it because they believe in it. Most do it for financial reasons, to access the green loans, which is still good[/pullquote]

Have you noticed any increase in awareness on these topics in Lebanon since you started your business here?

We have seen a great increase. Five years ago people used to think of trees when they heard about green building. Now they understand it also means water, waste and other parameters. Incentives to developers such as those promoted by the central bank have also created a lot of awareness. Banks are selling these loans and we know that banks drive the economy. Developers ask them for loans and they get told to build green.

Despite this increase in awareness, Lebanon only has five certified green buildings completed. What is preventing this sector from growing?

The reasons are both financial and related to market instability. In Dubai, when the economic crunch happened, the first thing to be dropped [in the real estate market] was green building, because it is just a feature and unless there is a law to impose it you will put it aside. When the market is unstable, real estate developers in Lebanon just finish their projects and sell. We don’t really expect the government here to do anything about it. Even if there was a law, implementation would be a different story. In the UAE, if the government says you have to build green, everybody builds green. Here it’s different. 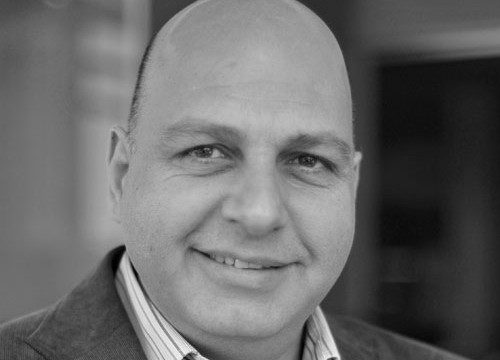 Despite that, some developers are already building green in Lebanon. What are their motivations?

Many developers are building green. Very few of them do it because they believe in it. Most do it for financial reasons, to access the green loans, which is still good. Finance moves things and profit should be considered as part of sustainability.

How difficult is it to build green in a country facing major infrastructural issues such as electricity and water shortages?

It is definitely more difficult than elsewhere, but I see things in a positive way. Because of electricity shortages people have adopted energy saving lamps. This is not because they care about the environment but because they have a 5 ampere generator and they want to keep their house illuminated. In the UAE you have to go to IKEA if you want to buy energy saving bulbs, here you find them in grocery stores. Water is a bigger issue. You don’t pay per cubic meter but per subscription and consumption is not monitored. Even now that, due to the shortages, people have to pay extra money to get more water, nobody makes an effort to save it.

It is difficult for developers in Lebanon to obtain green certifications from international rating systems LEED and BREEAM. Is the Lebanese system ARZ more effective?

ARZ can only be applied to existing commercial buildings and not to projects. We need to work on it to extend it because it’s easier for developers to build green if they observe the parameters starting from the project phase. ARZ, though, is made in Lebanon and Lebanese people tend not to trust anything that is produced here, so we have to work very hard.

Looking out for inspiration

Awakening on green cities is very little all across the world. Usually people think a green city means a city with lot of greenery. Technically a green city must have its own sound solid waste collection and disposal system, strict green laws to ensure sustainability of construction sector plans and a green leadership to arouse collective action for green welfare. The theme of this year’s Earth Day is also Green Citities. The post you published here will do a lot to raise public awareness on an important subject of green sector.