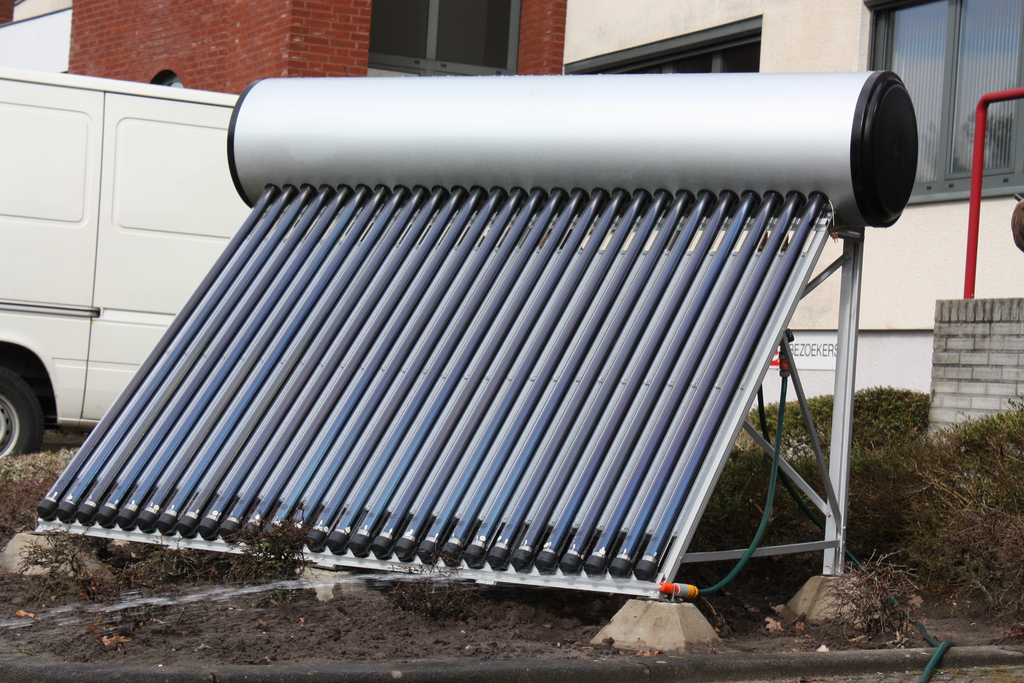 For about four months of the year, the climate in Lebanon is hot — and for about two, uncomfortably so. It is then a strange juxtaposition that in the summer, those suffering from routine power outages — the entire country with varying degrees of severity — would have to pay good money for a high ampere generator to heat their water. Particularly since heating water is one of the bigger guzzlers of the household, a 5 ampere generator just doesn’t cut it.

Green Tech’s business proposition is fairly straightforward. Green Tech’s team of technicians installs solar water heaters, the parts for which are imported from China, Turkey, Germany and Italy, and assembled in Lebanon. They also offer 24 hour after sales service, which Alec Koulajian claims has made them stand out from various solar water heater companies that have popped up over the years, only to then shut down.

They install around 50–60 solar water heaters every month, according to Koulajian, with about 75 percent of their customers being homeowners. They mostly install in Lebanon to the tune of 70 percent of their client base, but have also done a few projects in the region, including Algeria, Armenia, Jordan, Saudi Arabia and Iraq, according to Koulajian. Their clients range from residential customers to hotels. They have even installed solar water heaters to heat pools in Jordan, and are currently in negotiations for a UN project to build a solar water heater for a pool in Naqoura, Lebanon.

Though solar water heater technology itself is not a new innovation, Executive likes the fact that it is an entrepreneurial way to solve a major problem facing Lebanon and many other countries that also suffer from frequent power cuts.

We also like that they are constantly updating their system and looking for new technology in the realm of solar water heating to make their solar water heaters more efficient. One recent update was changing a glass tube that is part of the system to a new one that gives a higher yield. Looking towards the future, Koulajian claims that they will be the first in Lebanon to import the most advanced solar water heater in the world, from Germany. They are also in talks with two European companies that are selling technology patented in France, which heats water and creates steam which can then be turned into electricity.