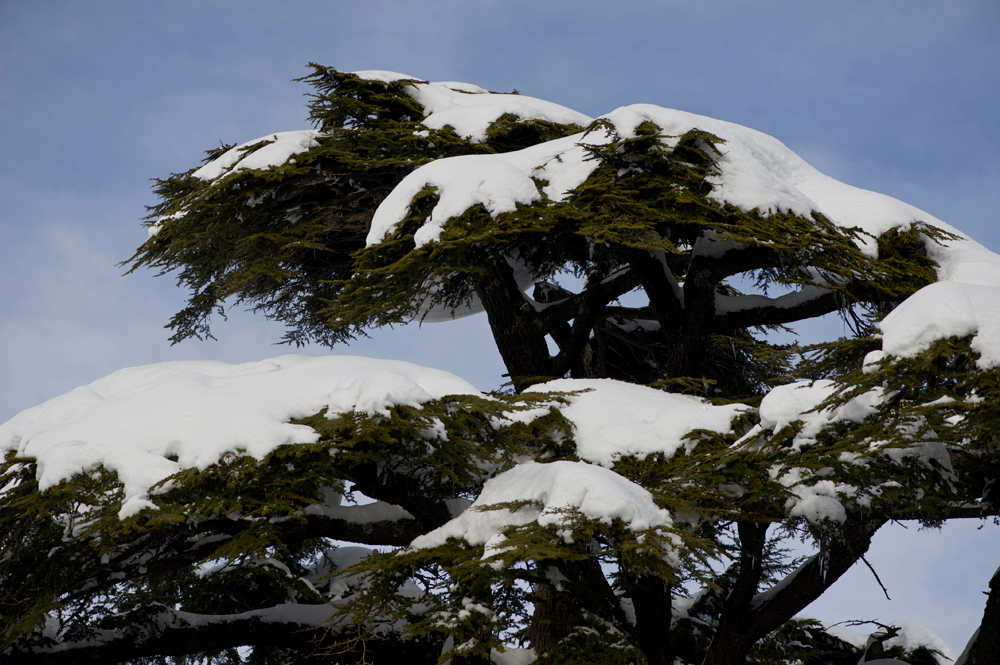 For many years Lebanon’s national tree, Cedrus libani, has been designated a beleaguered species whose numbers are lower than they should be. No such danger has ever faced our country’s premium financial species: the Lebanese bank. If there was any existential problem that our banks may have faced since national independence, it was overpopulation — too many bankers for a small country.

[pullquote]“Cedrus Bank will be specialized in [serving] commercial and retail clients. And we have an organic growth strategy”[/pullquote]

But this month the Lebanese are presented with the debut of yet another commercial bank that vies for their deposits — and this institution has borrowed its name from their national symbol. “Cedrus Bank will be specialized in [serving] commercial and retail clients. And we have an organic growth strategy,” says Fadi Assali, just having been elected chair–general manager of the new bank.

Executive visited Assali at Cedrus Invest Bank, a Beirut based wealth management provider where he is cofounder and chief executive. Itself hardly four years old, Cedrus Invest operates under a specialized banking license and is majority shareholder in Cedrus Bank with an 85 percent stake. Participating in the new bank for the remaining 15 percent stake is Nicolas Chammas, the head of Beirut Traders’ Association. He will be board member and vice chair of the bank.

Although Cedrus Bank is just rising from the starting blocks, it is not a greenfield establishment. It enters the market with the existing branch network, systems, asset, deposit and lending portfolios, and almost all the employees of the Lebanon operation of Standard Chartered Bank. As Executive went to print, Cedrus Invest’s acquisition of Standard Chartered was set to close with a final shares transfer scheduled for February 27. The Lebanese central bank had approved the takeover in the last quarter of 2014.

As Assali and Cedrus Invest cofounder Raed Khoury tell Executive, the acquisition equipped Cedrus Bank with a client portfolio of 12,000 accounts, 6,000 credit card relationships, assets and deposits of about $90 million and $75 million, respectively, and a loan portfolio “in the $50 millions.”

“But the plan is to grow the business quite substantially,” adds Assali. To digest all aspects of the acquired bank and prepare Cedrus Bank for growth, “What we are doing now, [as a] first step, is raising the equity of the acquired bank to be around $60 million,” he says.

Shooting in the green

The current equity boost comes after previous increases that saw Cedrus Invest’s capital more than double from $52 million in 2011 to $110 million last year.

According to Assali, the capital increase in 2014 amounted to about $47 million because the initial capital was already boosted by retained earnings. The increase was supported by all existing shareholders, including several prominent Saudi investors, but also entailed the addition of new shareholders who were mainly Lebanese.

“Under an agreement with our historical investors, we wanted to introduce new blood to the structure. So the capital increase was done in a way whereby two thirds of new funds came from existing and one third from new investors,” Assali explains. He acknowledges that the capital increase diluted the shareholdings by Assali and Khoury “a little” from their initial combined 8 percent shareholding.

According to Assali, the confidence of Cedrus Invest shareholders and management in the expansion was founded upon growth experiences of about 25 percent per annum since 2011 in both assets under management and profits. The plan for Cedrus Bank is to reach profitability after two years of operations.

In local banking history, the launch announcement of Cedrus Bank on March 3 is actually the repatriation of this financial institution in a third life. It had been founded as an independent local bank under the name Metropolitan Bank in 1979 and was acquired by Standard Chartered in 1998, marking a rare investment by a foreign bank via takeover of an existing license.

From Standard Chartered’s perspective, this investment came at a time when the UK based institution — with specialization in emerging markets — was on a drive to expand its global footprint. Its decision to divest of the Lebanese unit, which became public knowledge in the last quarter of 2013, was apparently triggered by underperformances of Standard Chartered in complex global endeavors and important Asian markets, and was sold by the bank as a refocus on “priority markets” that entailed withdrawals from several countries.

While Assali would not confirm how much Cedrus Invest spent on the acquisition because of an agreement with Standard Chartered not to divulge the price, he admits that the $24–27 million range quoted in local papers was “not far off.” Standard Chartered did not comment on its sales decision and future strategy for its Lebanon presence when contacted by Executive on several occasions.

Assali explains that Cedrus Invest is walking away with Standard Chartered’s entire retail banking operations as well as some private banking clients, while Standard Chartered will maintain a representative office in Beirut to service a small corporate portfolio that it retained.

The takeover was a somewhat drawn-out process, because Standard Chartered had concerns over the future of the employees, and also because of issues which Assali describes as “logistics,” related to the transaction, such as usage of Standard Chartered’s proprietary systems during a transition period. Assali also notes the seller has paid particular attention to Cedrus Invest’s strategy going forward and that both sides agreed on entertaining a post-acquisition relationship.

As the Cedrus brand previously only stood for private banking and wealth management operations, their venture into retail business constitutes not only an asset acquisition, but also a talent buy. Assali claims they intend to keep about 85 percent of the acquired bank’s staff and selectively add new people where it did not have capabilities, such as housing finance. By end of the year, Cedrus Bank will have a headcount of 100 to 105, he says, compared with about 30 current employees at Cedrus Invest.

With an eye on the toughening of operational challenges for Lebanese banks and banking in general, Khoury acknowledges the presence of “clear pressure” on banking profitability in 2015, but argues that Cedrus Bank can take a long term approach because its shareholders are not seeking quick returns. “We will be happy to grow our balance sheet quickly in terms of multiples which will be very high, but in terms of absolute [numbers] we will be building our balance sheet very slowly and can pick and choose our clients according to risk conditions because we are starting from a small base,” he says.

Moreover, he argues, the tough times already have proven fortuitous for Cedrus. “All conditions have a positive and a negative aspect and because the conditions in the region and in Lebanon represented a higher risk for Standard Chartered than they were comfortable with, the opportunity was created for us to step in. If conditions in the region would have been very good, they would not have thought of selling or the price would have been much higher,” he says.

Cedrus Invest Bank and Cedrus Bank will be run by two different boards and operate as separate entities dedicated to commercial and retail business at the latter and investment and private banking services at the former. Assali says, “The private banking arm is the Cedrus Invest Bank, so we have a very clear separation between the lines of businesses and the way they are run. But with complete synergy; [it will be] separation with synergy.”

According to him, the assets-under-management portfolio at Cedrus Invest, plus a small addition of private banking business via the acquisition, has expanded to being currently “very close to $500 million.”

The current Cedrus Invest board that was elected in 2014 for a three year term includes cofounders Assali and Khoury, with the latter holding the position of chair–general manager, plus three shareholders as non executive members and two or three independent members, among them Ghassan Ayache, a former vice governor of the central bank and previous chair of Cedrus Invest Bank.

The board of Cedrus Bank is starting out with five members headed by Assali as chair and by minority shareholder Chammas as vice chair, Assali says, and will be expanded very soon by adding at least one new member.

[pullquote]In the short term, the bank aims to have two to three new branches running within 18 months[/pullquote]

It is not intended for the group to stay at this stage for a very long time. While Cedrus Bank is starting out with three existing branches previously run under the Standard Chartered brand, the plan is to quickly utilize two additional existing branch licenses that had become disused. In the short term, the bank aims to have two to three new branches running within 18 months.

The organic growth strategy will involve further developing their retail banking services, beginning with new delivery channels and including a roster of new credit card and lending offerings focusing on what Assali dubs the “middle market” clientele. “We see a need for that niche of market to be well served,” he says.

Reflecting the importance of expanded human advisory and automated service points such as electronic branches, the largest investment budgets of the rollout and refurbishing of the branches will be allocated to technology and human resources. The technology budget on its own will surpass $1.5 million per year for the next two years.

Strategizing for much more

In the medium to long term, however, Cedrus Bank is intended by both its investors and executive management to become a player that can benefit from the economies of scale required to make a mark in Lebanon’s banking sector.

Over the coming five to six years, the young Cedrus Bank thus envisions expansions that could well go beyond organic into what Assali calls growing “organically and opportunistically–inorganically.” This, he adds, is “because in commercial banking, size matters. And you have to have a certain size in order to be able to compete.”

Ultimately then, Assali and Khoury aim at joining the top of the size league, the alpha group of banks which hold customer deposits of above $2 billion by current reckoning. As Khoury insists, however, “we are not obsessed with being alpha or beta. Alpha is not a target by itself but will be [a] natural consequence of what we want to do.”

While the two declined to divulge any specific plans for future mergers and acquisitions, both confirm that the new bank will need inorganic growth to achieve such dimensions. Citing lower valuations experienced by local banks when compared with 10 years ago, Khoury sees three reasons for new takeover opportunities to arise. “We feel that there is a future possibility of banks being sold because they are not able to maintain a good [internal rate of return]. Next, the central bank promoting mergers and acquisitions and third, many bank owners are no longer young and face succession issues so some might be interested in selling,” he says.

Noting these ambitions, and evolving conditions for the banking industry, it appears quite possible that the entry of Cedrus Bank into the market could become a factor in sector consolidation rather than adding just a new brand for corporate and retail banking.