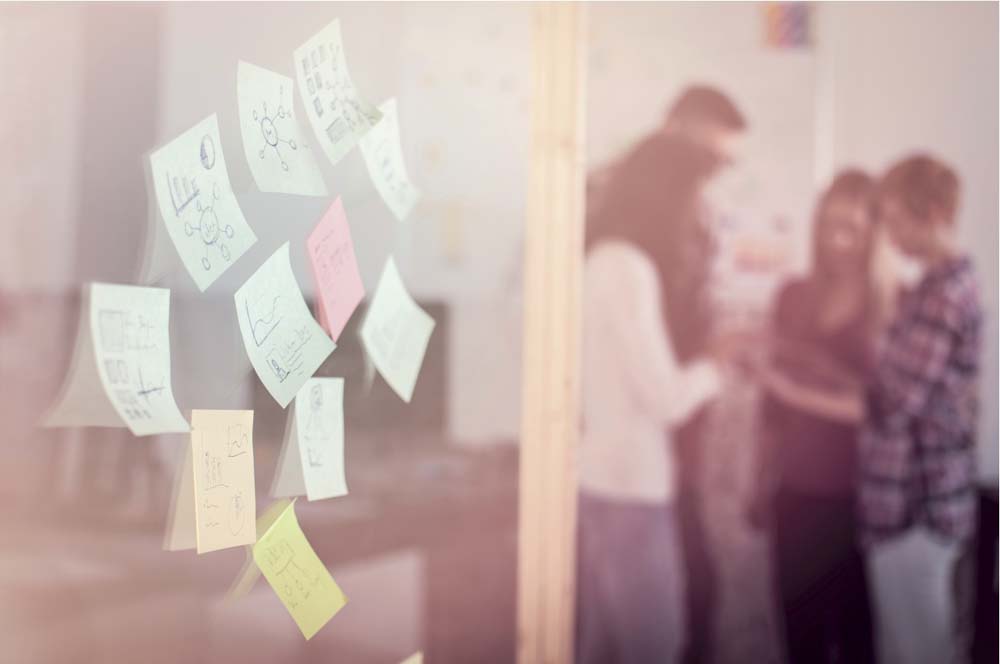 In today’s strong business environment, almost everyone is familiar with some business fundamentals such as accounting or marketing, or at the very least understands some basic information technology (IT) skills. Knowledge, Lebanon’s most important resource, has changed society’s needs as well as the structure and purpose of small and medium enterprises (SMEs). It has led to the demand for digital technology related jobs highly exceeding supply, hence introducing a tech-savvy entrepreneurship trend.

However, startups and SMEs, which make up the bulk of all free markets, are unable to operate at their full potential due to serious difficulties regarding financing. With hard assets being a rare commodity for technology-based companies, the huge amount of collateral required by banks for securing loans has been an important funding barrier. Market regulators are more aware than ever that a lack of SMEs’ growth would hurt an economy, let alone increase a country’s unemployment, and are taking steps toward encouraging a culture favoring SMEs’ development and success. In the Lebanese knowledge-based economy, a series of actions has been directed toward facilitating SME funding and growth.

To overcome one of SMEs’ biggest challenges, the Central Bank is encouraging equity financing. One of its recent steps is the introduction of Circular 331, aiming at creating more synergies between corporate Lebanon and startups. “Market capitalization to GDP ratio for developed markets should be close to 100 percent while, for the developing economy, it should be close to 80 percent,” says D.K. Aggarwal, from SMC Investments and Advisors Ltd., tells the Economic Times. As per the World Bank Group’s (WBG) statistics, this ratio for Lebanon is below 30 percent. This situation is problematic since equity capital is key to a country’s socio-economic development. The reason for this weak statistic is the lack of large companies listed on the Beirut Stock Exchange (BSE) and the inability of SMEs to do so, due to the platform’s harsh and expensive listing requirements.

At the “Startup Lebanon” conference last May in New York, Central Bank Governor Riad Salameh suggested that creating an SME electronic exchange was the most efficient way to solve this issue. He also assured that the platform would be set up by the end of the year. Executive contacted the Capital Markets Authority (CMA) and the Central Bank to find out more about this new exchange, but was told it was too early for them to share any information regarding its rules and regulations. Although stakeholders were thrilled by the project’s announcement, they are still in complete ignorance concerning its development. With four months to go, as promised, many are trying to evaluate the exchange’s feasibility and success and have raised concerns over the SME exchange’s listing requirements, laws and regulations to its ownership structure.

At first glance, one would wonder why this project was proposed. It is true that, within a country, many exchanges can exist. However, why create a new exchange rather than alleviate the requirements of the existing junior exchange, which is incorporated in the Beirut Stock Exchange (BSE)? Why not focus on making the existing stock exchange a success? How will the listing requirements differ from the existing ones and what will change in order to attract startups and SMEs? With a lack of knowledge regarding minimum required paid up capital, company net worth, record of profitability and publication of financial results, no company can evaluate its listing ability, no venture capitalist can determine the readiness to list of companies from its portfolio, and no citizen can consider new investment opportunities.

A successful SME exchange would most likely boost competition and encourage job creation. For its concretization, it should be organized, efficient, well regulated, reliable and monitored by independent third party agencies. It is important that regulations serve to build trust and force companies to be properly governed, transparent, compliant and audited. “Too little regulation could make the exchange inefficient and too much of it could lead to bubbles and overheating, comparable to an equity crowdfund,” says Henri Asseily, managing partner at Leap Ventures. It is essential for a healthy economy that legislators and regulators avoid regulations that are too burdensome, and find the right balance between rules and freedom.

To a larger extent than that of the main exchange, regulations offer all parties incentives. With tax breaks as an option, how will companies be induced to forego their transparency for regulation? New generation owners of family businesses might be interested in listing mostly to solve family issues, but many businessmen and women are satisfied with their status-quo and aren’t interested in growing and competing. Concerning investors, what are the exceptional benefits of participating in the new capital market? It should be noted that attracting local stakeholders is as important as appealing to foreign ones. With remittances representing an important percentage of Lebanon’s GDP, it is interesting to calculate the required fraction that should be devoted to the exchange for its success. Have the regulators considered this source of investment? If so, what methods are in place to ensure foreign investors’ participation? Another way of raising money worth some reflection, as suggested by Walid Mansour, managing partner at Middle East Venture Partner (MEVP), is the creation of a plan similar to the 401(k) in the U.S.A, which is a retirement plan whereby the government invests the collected money into the capital market.

Listing requirements and incentives must exist in a way as to ensure a deep and liquid market. However, there seems to be a chicken and egg problem. While investors require a wide and diversified base of public companies to invest in, companies need a large investor base to go public. As stated by Fadi Osseiran, GM of BlomInvest, the SME exchange requires the close involvement of all stakeholders for it to be successful, which means that it is necessary for entrepreneurs, investors and financial institutions to work in harmony in order to reduce the current banking monopoly. However, it turns out that neither venture capital firms nor investment banks have any more clue on the subject than the average Lebanese person. Asseily states that he doesn’t have any tangible information to share with the press since, in six months, he has only been approached by Executive concerning this subject. Osseiran finds the creation of an SME exchange interesting although claims that a successful one isn’t going to happen today. He states that, despite the CMA’s apparent goodwill, he hasn’t been contacted either for his input on proposed rules and regulations. Hence, with a lack of contact with the CMA, stakeholders seem to be enthusiastic about the idea but somewhat negative about its realization. Does the CMA have a plan to meet with all stakeholders?

Another point of curiosity is that of the exchange’s ownership. It is important to note that merely copying another country’s stock exchange is likely to result in failure. Therefore, many questions arise concerning its structure. Taking into consideration Lebanon’s economic and business structure is crucial. At the “Euromoney Conference” in Lebanon last June, Riad Salameh said that the SME exchange will either be incorporated under the BSE, which will be privatized, or will be created as a separate and privately owned company. This is turn throws out several key questions about the entire process which remain unanswered. Is the government ready to lead the trend of privatization starting with that of the BSE and other companies such as the Middle East Airlines (MEA)? If not, are there stakeholders interested in owning a part of the SME exchange? In any case, will the SME exchange act in a way as to foster companies until they can list on the main board? This is but the beginning in a long line of technical issues that needs to be addressed, which includes whether the SME exchange will be publicly traded, accessible to any individual and institution or only by those registered as brokers, the subscription process, and rudimentary elements like software and an online help desk. Arguably the greater issue is that of attractiveness, and how companies will be incentivized to join such an exchange in light of such an underperforming BSE. This could require greater plans to make the BSE attractive, a conceivably more daunting task.

More important than targeting the right listing requirements, establishing regulations, or deciding on the SME exchange’s structure, is to extensively train and educate the people. A lack of understanding is the most important threat for the project’s success. Moreover, Mansour pointed out that we already have the exchange’s vehicle itself, implying that the platform alone is useless. For an exchange to be performant and successful, it needs a whole ecosystem which can’t be formed before 10 or 20 years. Will the region’s culture and political turmoil create business handicaps for such a system, crucial for businesses’ viability? While Executive’s team will be on the lookout for any information concerning the SME electronic exchange, it is a fundamental concern whether or not a discrepancy exists between the CMA’s words and the entity’s actions, thereby misleading stakeholders’ hope and expectations.