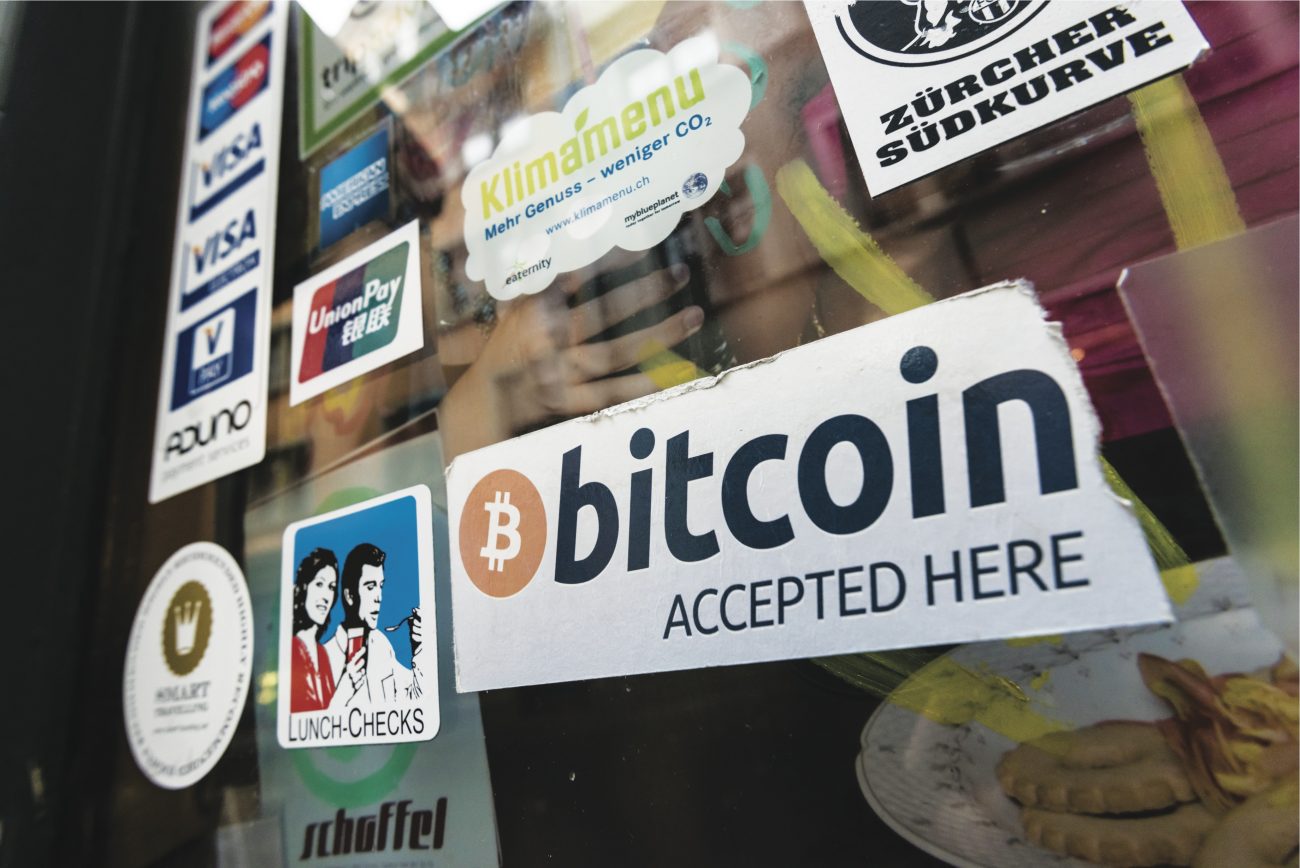 In the virtual Wild West of the digital economy created by the internet revolution, the emergence realm of cryptocurrency represents an important legal frontier. The rise of cryptocurrencies can be thought of as a digital-money revolution. Cryptocurrencies have the potential to transform the way people view money, how they transact, and even the overall structure of the financial system, starting from individuals all the way up to central banks and sovereign states.

Individual central banks and governments in different countries are considering new regulations and legal frameworks to rein in the wild horses of Bitcoin and other digital currencies. In the new year, the regulatory debate widened with remarks from the German central bank when Joachim Wuermeling, a member of the board of Germany’s Bundesbank, said national rules may struggle to contain a global phenomenon.

“Effective regulation of virtual currencies would … only be achievable through the greatest possible international cooperation, because the regulatory power of nation states is obviously limited,” Wuermeling said at a January event in Frankfurt, the German financial hub and seat of the European Central Bank,  according to Reuters.

Roughly at the same time as the German banker’s statement, French media reported that Bruno Le Maire, the French economy minister,  announced the creation of a working group to develop cryptocurrency regulations. According to the French financial daily Les Echos, he said the working group would be responsible for proposing guidelines and drafting a framework for cryptocurrency regulations aimed at preventing abuse of the technology and curbing speculation.

Given that South Korea, Japan, and China also sought to calm the waters of cryptocurrency speculation by talking publicly about introducing regulations, the number of people seeking to sell their cryptocurrency holdings has leapt upward, judging from market developments as well as media reports. There appears to be growing assumptions—which for some are mounting concerns—over the acceleration of globally coordinated cryptocurrency regulations: perhaps beginning with a meeting about the rise of Bitcoin planned for March, when the G20 finance ministers and central bank governors will convene in Buenos Aires, Argentina. Hosted for the second time by a Latin American nation since the inaugural G20 summit in 2008, G20 meetings this year are scheduled to include several meetings of finance leaders and a digital-economy working group before the G20 general summit at the end of November.

The current state of cryptocurrency

At present, cryptocurrency is governed mostly by financial-crimes regulations designed to cover money laundering, terrorist financing, and other financial wrongdoings. Tax regulations on cryptocurrencies and on digital-currency exchanges are also important factors in this novel legal structure.

The United States Internal Revenue Service defines cryptocurrencies as a digital representation of value that function as a medium of exchange, a unit of account, and a store of value, yet which does not have legal tender status in any jurisdiction. The legal framework applicable to the buyers, sellers, and users of cryptocurrencies is very basic, and it relies on existing legal concepts pertaining to commodities as well as value and exchange.

The central question is whether in a specific jurisdiction a cryptocurrency may be classified as money or not. Answers have been legally inconsistent due to the hybrid nature of digital currency as a means of exchange. Also, different countries have adopted conflicting regulatory and legislative responses, some supportive and others restrictive, depending on the classification of the cryptocurrency either as a commodity or a currency.

Categorizing Bitcoin and other cryptocurrencies from a legal perspective is complex because unlike electronic money, for example, a cryptocurrency does not legally represent a “claim” on the issuer. It is a rather fluid and versatile concept, and its legal status is open to a broad interpretation. Arguably, authorities and legislators have not fully come to grip with all of the ramifications of cryptocurrencies, and this lack of governance has led to a general reluctance to accept cryptocurrencies.

Legal Framework in the US and EU

In the US, cryptocurrencies are permissible. Bitcoin and cryptocurrencies have been classified as convertible decentralized virtual currencies and the Commodity Futures Trading Commission treats Bitcoin as a commodity like gold, judging that it should be taxed on this basis.

There have been some attempts to regulate the cryptocurrency market in the US. In 2014, Benjamin Lawsky, then the New York state financial services chief, took a conservative stance on cryptocurrencies, mainly due to money laundering and terrorist-financing considerations, and spearheaded the historic regulatory framework for Bitcoin, referred to as BitLicense.

A BitLicense is essentially a business license for virtual-currency activities issued by the New York State Department of Financial Services for New York companies and residents. Crypto-economy startup Ripple, operator of a “digital asset” called XRP, the fastest and most scalable digital asset enabling real-time cross-border payments, and Coinbase, a cryptocurrency exchange platform headquartered in the US, were both successful in obtaining BitLicenses in 2016 and 2017, respectively. Members of the cryptocurrency community have criticized New York’s interventionist regulatory provisions, as many of them hold the view that the cryptocurrency market should remain unregulated to avoid harming the potential for long-term innovation.

The European Union also lacks a solid cryptocurrency and blockchain regulatory regime. This is not surprising, as the technology is very new. However, the legal status of digital currencies has been analyzed and considered by the European Central Bank, the European Parliament, and the European Commission. The Court of Justice of the European Union was asked to opine on applicability of Value-Added Tax (VAT) to Bitcoin, and it concluded that Bitcoin is a currency and not a commodity (unlike the approach adopted by the US Commodity Futures Trading Commission) and hence it is exempt from VAT.

The emergence of cryptocurrencies has caught markets unprepared. In 2016, the European Parliament voted for the establishment of a task force to develop financial regulations designed to harmonize the market. However, until the harmonization process is in place, each country is taking its own measures.

While the situation is very much in flux and new discussions on regulations may erupt every day, the general position in Europe at the time of writing is that cryptocurrencies and ancillary activities that derive from it are legal. Le Maire, the French economy minister, said that a working group headed by Jean-Pierre Landau, the former deputy governor, the country’s central bank, had been established to propose regulations and parameters designed to ensure that cryptocurrencies are used within the limits of the law and not to abuse the tax and payment systems, Les Echos reported recently.

France has been very active in this sector, passing regulations for Bitcoin market transparency in 2014 which require Bitcoin distributors to identify their customers and the applicability of capital gains tax to digital currencies, according to an official press release. In the UK, digital currencies are treated as “private” money and they are subject to taxation based on profits from sales.

European and UK regulators have issued warnings against cryptocurrency investments and are pushing for stricter regulations. Due to the secrecy around cryptocurrencies, the expectation is that the UK and the European governments will pass legislation in 2018 to regulate cryptocurrencies, aligning them anti-terrorism and money-laundering legislation. This might not be counterproductive, as it is likely to create legitimacy and credibility for the digital market.

Legal Framework in the Middle East

Central banks and governments in the Middle East have been very cautious in supporting cryptocurrencies. Although the Saudi Arabia Monetary Authority has not banned Bitcoin specifically, it has encouraged dealers not to use it due to its highly speculative nature. Banque du Liban, the central bank of Lebanon, has decreed that banks and exchanges cannot transact in virtual currencies. In Jordan, the central bank has also discouraged the use of cryptocurrencies, which it does not consider legal tender, and it forbids financial institutions, financial companies, and exchanges from dealing in cryptocurrencies.

In the United Arab Emirates, trading cryptocurrencies is legally prohibited pursuant to the Regulatory Framework for Stored Value and Electronic Payment Systems issued by the Central Bank of the UAE in January 2017. A one-sentence provision in this regulation (Provision D.7.3) reads, “All Virtual Currencies (and any transactions thereof) are prohibited.”

In spite of this prohibition, Bitcoin trading, according The National, occurs on a regular basis, and it has become what appears to be a “tolerated practice” according to several legal advisors. Several real-estate brokers and entrepreneurs last fall announced their willingness to receive property payments in Bitcoin. Strengthening this view, local media last year repeatedly cited Mubarak Al Mansouri, the governor of the UAE central bank, as saying in January 2017 that the aforementioned new regulations do not cover digital currency, “defined as any type of digital unit used as a medium of exchange, a unit of account, or a form of stored value,” and “do not apply to Bitcoin or other cryptocurrencies, currency exchanges, or underlying technology such as blockchain.”  He also stated that digital currencies are currently being reviewed and new regulations will be issued in due course. However, in remarks made later in the year, Governor Al Mansouri warned about volatility risks related to trade in cryptocurrencies. At present, it is not clear if Bitcoin can be used a form of payment or for money transfers in the UAE.

Estonia presented a proposal back in 2013 designed to launch its own state-managed digital currency, estcoin, but this was strongly dismissed by European Central Bank President Mario Draghi. More recently, Venezuela, under tremendous financial pressure, announced a plan for a sovereign oil-backed digital currency that was criticized by many international experts. However,  state-backed digital currencies could be in the cards in the GCC and the wider Arab region. There has been ongoing discussion that Saudi Arabia and UAE may create a cryptocurrency for cross-border transactions under the umbrella of the two central banks via blockchain technology.

In 2016, the Dubai Future Foundation established the Global Blockchain Council, indicating that the technology is being studied and not dismissed out of hand. The challenge is significant. “Technology advances such as blockchain are causing massive shifts to the way we use financial services,” noted Abdul Basitt Qayed, managing director of private investment firm Ghaf Capital, “but regulations are struggling to keep pace with the rate of change in new technologies for the past decade, and by the time they build new laws and regulations for such technology, [they] will be outdated, because a new technology will appear to replace the old one. Since technology [is] outpacing human development, regulators need to learn technologies faster and increase their ability to adapt.”

Riad Salameh, the governor of Lebanon’s central bank, has also suggested that the government is looking at the possibility of a state-backed cryptocurrency (see overview and interview). These are highly significant developments for the region, although a timeline for implementation has not been set. A distinction is being made between central bank transactions and the use of cryptocurrencies for individuals. Certainly, validation by UAE and Saudi central banks might influence other countries in the region.

Many observers are predicting that it is only a matter of time before central banks across the world will launch their own cryptocurrency and move toward a cashless society. Banks are embracing blockchain technology across different sectors, including derivatives.

In the next 18 months, a global regulatory framework for the sector must be developed, but in order to be successful, it will need to balance intervention and innovation. It appears that there is no stopping the digital financial economy, and the players who fail to assimilate and adapt to this new system risk becoming obsolete.