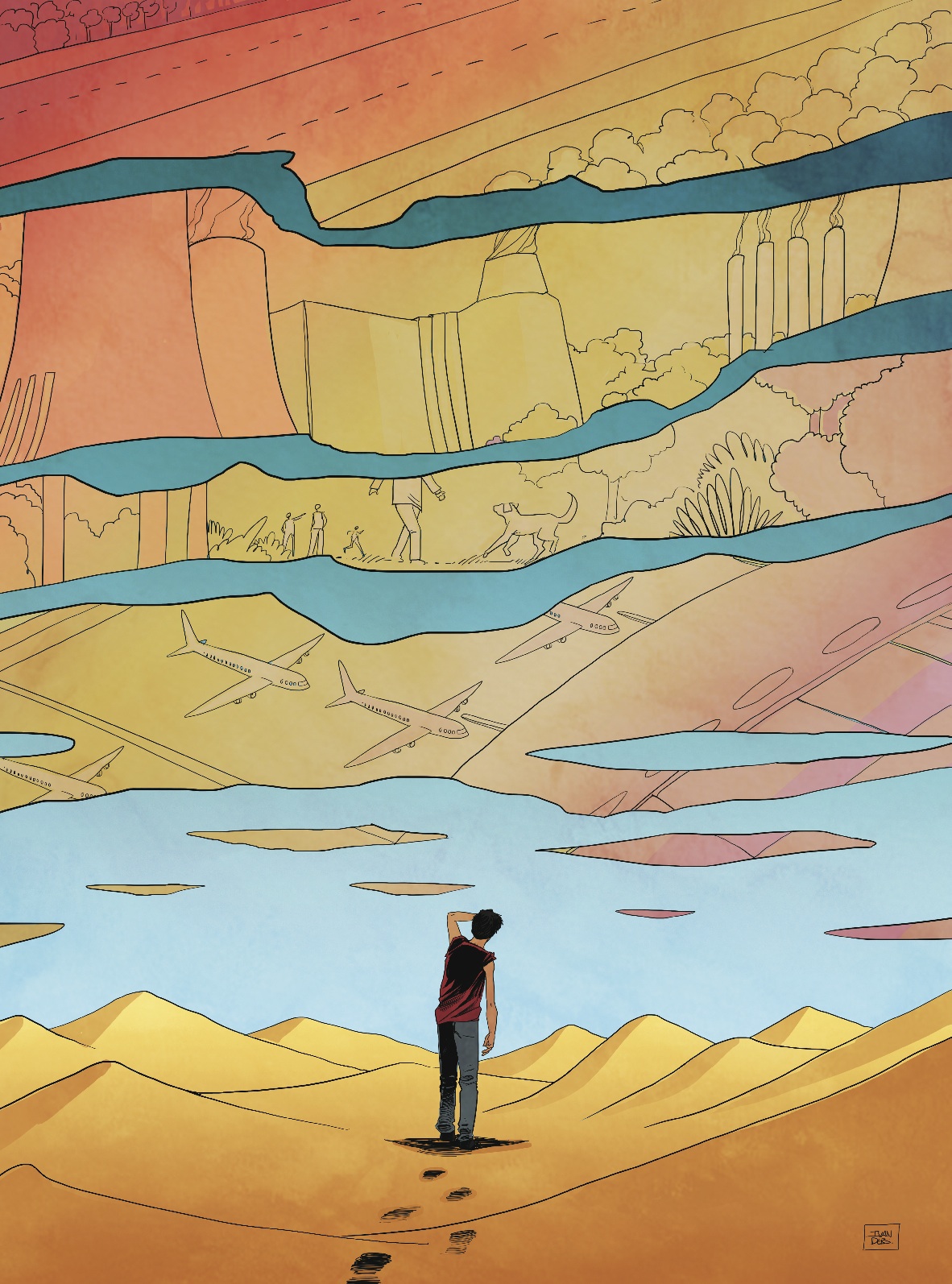 Judging a book by its cover may no longer be common lingo in the digital age, but it seems to be exactly what Lebanon is hoping people will do ahead of the CEDRE investment conference scheduled for early April in Paris: Never mind the details; be impressed by the dazzling overall figures and exciting projects. At CEDRE, Lebanon plans to pitch its development program, the Capital Investment Plan (CIP), to investors in order to finance the rehabilitation of infrastructure that has degraded over the last few decades because of low state investment and overloaded use.

For the most part, investments pledged at Paris could become reality—if the Lebanese state fulfills longstanding, half-hearted promises of reforms. The proposed list of reforms continues to evolve and grow in length, but in general includes changes to legal frameworks, fiscal discipline, and the regulatory environment. The consensus Executive has gathered ahead of CEDRE is that without reforms, pocketbooks in Paris may not readily open (see overview).

The numbers found in the CIP leave one with more questions than answers and an impression that the plan at this stage is more conceptual than set in stone. It is a living document that will evolve over time as investors weigh in, and will probably depend on Lebanon actually fulfilling the reform promises it makes to investors at Paris. Capital investments take time and lots of planning, and so do reforms. “Everybody acknowledges that this is the beginning of a process,” Christina Lassen, head of the European Union delegation to Lebanon, tells Executive. Meanwhile, the general feeling is that CEDRE is Lebanon’s only remaining avenue to finally make credible investments in infrastructure, with the country’s economy teetering on the cliff’s edge and given the state’s proven inability over time to invest for the future on its own.

Altogether, the plan estimates an investment need of $20.4 billion, plus land expropriation costs of $2.6 billion for 250 projects that could generate some 178.3 million labor days. Investments and implementation of projects are envisioned over three phases—cycles 1, 2, and 3—each lasting about four years, from now until 2030. Insiders tell Executive that first phase projects could take one or two years before they are truly “shovel ready”—meaning that feasibility studies, environmental impact assessments, or designs for many of the projects are yet to be prepared—and the general impression is that there is no reliability of the estimated investment needs, expropriation costs, or timeframes. The overall figure of investment need could be much higher, Prime Minister Saad Hariri noted in keynote addresses at local conferences held in Lebanon back in March. Although the CIP will be funded through “external lenders and donors or private investors,” according to the plan, the lack of clarity on real investment costs could eventually plunge Lebanon into further debt to pay for these projects.

Many of the 250 projects have been in the concept books for a long time, some since the late 1990s or early 2000s. Some of the projects appear to be the leftovers from previous development efforts that, for one reason or another, were not funded. The projects are spread across eight different sectors: transport, water and irrigation, wastewater, electricity;, telecom, solid waste; tourism and cultural heritage, and support to industry. For some sectors, the listed projects seem to be divided into separate phases spread across the three cycles.

Projects are scheduled into the different cycles based on their priority rating. The score is based on two factors: one for readiness to implement the project, and one for the expected economic or social impact of the project. The two scores added together can range from 2 (not studied and not ready for implementation) to 6 (all preparations finished and big expected impact).

The transport sector has 24 projects over the three cycles that together require an estimated investment of $6.9 billion, plus land expropriation costs of $1.9 billion, and could generate some 49.15 million labor days. Top projects by dollar value in the first phase include $500 million for the rehabilitation of the Beirut Rafic Hariri Airport, $500 million for roadwork around the country, and a bus rapid transit system for metropolitan Beirut (for which the World Bank agreed in mid-March to mobilize $259 million in concessional loans). The second cycle includes a phase two for roadworks, a touristic port in Jounieh, the rehabilitation of the Rene Mouawad Airport in north Lebanon, and a railway from Tripoli to the Syrian border. The last phase includes a highway bypassing Saida, expansion of the Saida port, and a final phase of roadwork around the country.

The water and irrigation sector has 223 entries that are not all separate projects, but rather segments of projects scheduled over the three cycles. Altogether, the entries require an estimated investment of $4.3 billion plus land expropriation costs estimated at $595 million, and are estimated to generate 40 million labor days. The largest projects by value in cycle 1 include $300 million for construction of the El Bared Dam in Akkar in the north of Lebanon, which would, according to a description of the project’s impact, increase water supply and recharge groundwater, plus $300 million for the construction of irrigation and water supply networks near Nabatieh in south Lebanon that would supply 20,000 cubic meters of water per day and irrigate some 14,000 hectares. Many of the entries described in cycles 2 and 3 are expansion of projects begun in the first phase, such as upgrading water supply networks around the country.

The plan for the electricity sector calls for 22 projects over the three cycles with an investment need of $5.6 billion, which would generate an estimated 28.8 million labor days. No expropriations estimates were given for any of the projects. The largest project by value is $1.2 billion for 1000 megawatts of electricity-generation capacity spread between two power plants, one at Salaata in north Lebanon and one at Zahrani near the southern city of Saida. There is also a $140 million gas pipeline to feed natural gas and generate electricity at current power plants, but there is no expropriation estimate, and much of the proposed pathway (the report reads “along the coast” ) would cut through built-up area.

Earlier in 2018, the government endorsed the Integrated Solid Waste Management policy, which is designed to decentralize waste management and assigns responsibility to municipalities to deal with their own garbage, as Executive reported in March. A total of $1.4 billion is budgeted for solid waste projects, but there is no specificity about what projects will be funded, where they might be located, or how much labor could be generated. There are also no expropriation costs figured into the $1.4 billion allocation. This all suggests that this part of the plan is completely fluid and will change.

To support the tourism sector, the CIP calls for the restoration of unspecified archaeological sites and heritage buildings, the support of unspecified museums, and allocations of money to cinema, the arts, public libraries, and educational facilities. In total there are 11 entries that have an estimated investment cost of $264 million, with largest allocations by value going to archaeological sites ($70 million) and heritage buildings ($50 million). Support for Lebanon’s manufacturing sector is lumped into this section, with two projects whose investment costs could total $75 million—$50 million for cycle 2 infrastructures for three industrial cities, and $25 million for infrastructure in Tripoli’s special economic zone.

The CIP in its current form leaves a lot to be desired: It may not be robust enough for fans of planning and long-term thinking, the penciled-in figures might not impress economists, and the fiscally responsible crowd will probably not be too excited at the prospect of raising more debt. But despite these shortcomings, Lebanon absolutely needs to invest in its infrastructure, and the Paris investment conference offers a first step toward doing that, inshallah.