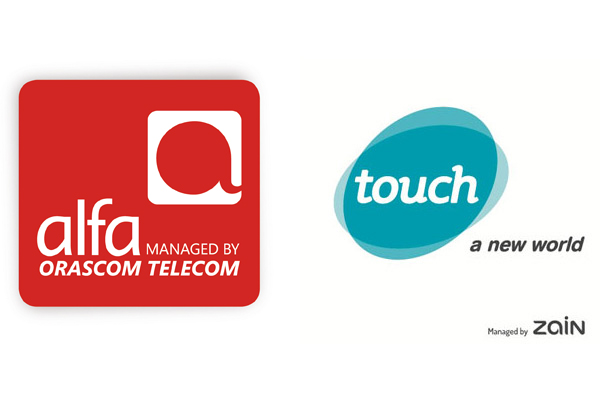 Taking a 50 percent hit in sales of a top product is never easy. But if you’re a government who uses those profits to service your debt, it can be disastrous. Such is the case with mobile text messaging in Lebanon, which has lost around half its volume over the past two years. When you consider that “the money [mobile operators] earn all goes to the government, it…goes into settling the debt of the government of Lebanon” – as mobile operator Touch’s Chief Commercial Officer Nadim Khater bluntly puts it – such a drop in revenues is bad for the entire country. No wonder Touch and Alfa, Lebanon’s only mobile telecoms operators (both of which are government-owned) are desperate for new products and fresh revenue streams.

The actual innovation is being done by Orascom and Zain, the private companies contracted to manage Alfa and Touch – officially Mobile Interim Companies 1 and 2 – respectively. Both of these companies have a list of objectives that should be met within their contracts with the government. The more objectives met, the greater the profits for both the government and the mobile operators. The flip side is that when revenues are down, both the government and privately contracted operators suffer – making innovation a high priority for all involved.

The curse of technology

For both Alfa and Touch the changes in consumer trends present both threats and opportunities. As the popularity of smartphones increases, subscriptions to mobile plans that include internet access have been booming. In September 2011, only 144,000 Touch customers had a data subscription; today that number is 881,000, up by a factor of six. This data boom is also due to the decrease in prices for internet services, causing more people to switch over to a data plan.

But among the downsides of internet for the phone companies (and upside for consumers) are apps such as Viber and Whatsapp that allow free or significantly cheaper SMS and voice services. The cumulative effect has been a sharp decline in revenues in recent years. According to Touch’s Khater, “SMS revenue has gone down 52 percent from last year and voice by 5 percent… What we see is the rise of data, the ‘data boom.’”

The company has moved quickly into providing internet, with revenues from data services “growing by nearly 75 percent during the period of February to May 2012 and [February to May] 2013,” Khater said. But despite the scale of this boom, it doesn’t quite make up for lost SMS revenues, which he said are “almost being covered.” “It’s almost a balancing act between the losses in voice and SMS and what we are making in data,” he said, declining to give more specific financial figures.

Alfa Chairman and Chief Executive Officer Marwan Hayek said his company has seen a comparable drop in SMS use. But despite the losses, he said, “with our innovative…plans, we managed to secure [increased] revenues.” He declined to give any specific numbers backing his claim.

The challenge of 4G

As the number of data subscriptions grows, so does the demand for higher internet speeds and data consumption. Last month, both operators rolled out 4G-LTE in a bid to bring the latest-and-greatest mobile data technology to Lebanon.

“Almost half of our customer base is on a data plan, and this number is only growing…so we had to make sure that our data is up to standard and we are keeping up with the latest technologies, especially when it comes to dimensioning and capacity,” Khater explained. There are, however, huge engineering issues involved in data technology, he warns, thus explaining why many customers have reported slow speeds. “Some engineers say it takes 18 months to really optimize and dimension a data network right.”

And Khater admits the 4G-LTE network isn’t yet at full capacity, but currently “limited to dongles and routers and tablets. It’s not available on mobile phones yet because having it on a mobile phone requires more engineering work.”

Yet Hayek remains optimistic, explaining how deployment of 4G is ongoing “to further expand the network coverage to major cities gradually until the end of the year.” It is expected that by end of 2013, “300 4G-LTE sites will be installed covering around 40 percent of the population and representing 25 percent of the network infrastructure,” he said.

But faster speeds don’t necessarily mean more revenue. Thus both companies have been pursuing strategies to bridge the gap between lost SMS revenues and money from new data plans. With the mobile market already partly saturated, one of these strategies is to focus on the one steady source of new customers: youth.

Both mobile operators provide plans designed for younger people. Targeted directly towards students, Alfa’s U-Chat plan aims to tap into the market. “We have a message and data driven plan (U-Chat9) for low-budget students, and message and data driven for high-end students (U-Chat17),” Hayek said. The U-Chat17 line provides university students 1000 MB, 1000 SMS and five hours of talk monthly for only $17.

Touch provides a similar plan, Web & Talk, which allows up to 60 minutes to random numbers, one hour to a preferred number, 300 MBs, and 300 SMS monthly, all for $14. “We felt that the youth segment is really keen on having data,” stated Khater.

Both companies stress that these offers are proving successful. Khater states that “during the first week [after launching], 200,000 customers subscribed to the Web & Talk plan.” Alfa said their U-Chat plan also attracted a large amount of customers, but declined to share exact figures.

But perhaps the most interesting areas which both Alfa and Touch have pushed into may seem a strange field for mobile operators: app stores. Alfa launched its store in November, while Touch introduced its own earlier this month. However, both of these stores have been launched in beta, meaning there is still some testing to be done before they are fully functional. “We are not making a big fuss about it yet just to make sure everything is running just before we make a big announcement,” said Khater. This will also allow the app stores a chance to get more developers and more applications available on each of the stores. Currently there are just a handful of apps on the Alfa store – including Alfa’s very own mobile services app. On the Touch App Store, there is only the recently launched music app Anghami

But for Touch, the app store is just the beginning. On June 19, the company announced its collaboration with Anghami in order to allow for in-app purchases. This allows customers to purchase music directly and charge it to their phone bill. Khater explains how “developers and agencies wishing to use Touch as a payment channel for their apps will be subject to a revenue share agreement.” For example, if a consumer was to purchase a song through the Anghami application on the Touch App Store, then the money will be taken from the customer’s Touch account and the revenues split between the app developer and Touch. The exact percentage, however, will depend on the contract between Touch and the developer.

“We feel this is very fresh, it’s very innovative, it’s very new. It gives the developers and the start-ups a way to monetize whatever they have built on mobile apps,” explains Khater. Touch’s app store also provides what is called backend-as-a-service, provided by mobile and web developer Apstrata. This allows developers of applications to access cloud storage and simpler usage of tools such as identity management, push notifications and social media integration.

Touch’s in-app payments and backend-as-a-service innovations are far beyond anything Alfa currently offers. However, when asked about the direction Alfa is heading in terms of future innovative projects, Hayek simply responded “data.” The company has yet to reveal anything more specific.

Touch’s move into apps and Alfa’s yet-to-be-disclosed data products are in their early stages, but they speak volumes about the future of the sector in Lebanon. Assuming an increase in internet speeds, smartphones will eventually eliminate the need to make almost any traditional voice calls or messages – meaning revenue from these sources will drop further, leaving data plans as the only ‘traditional’ revenue source. The move into app stores and services other than simple data subscription shows that Touch – and Alfa to a lesser degree – aren’t banking on just being wireless internet companies in the future. It remains to be seen whether such self-reinvention will be successful, but one can be sure economists at the Ministry of Finance are watching closely.