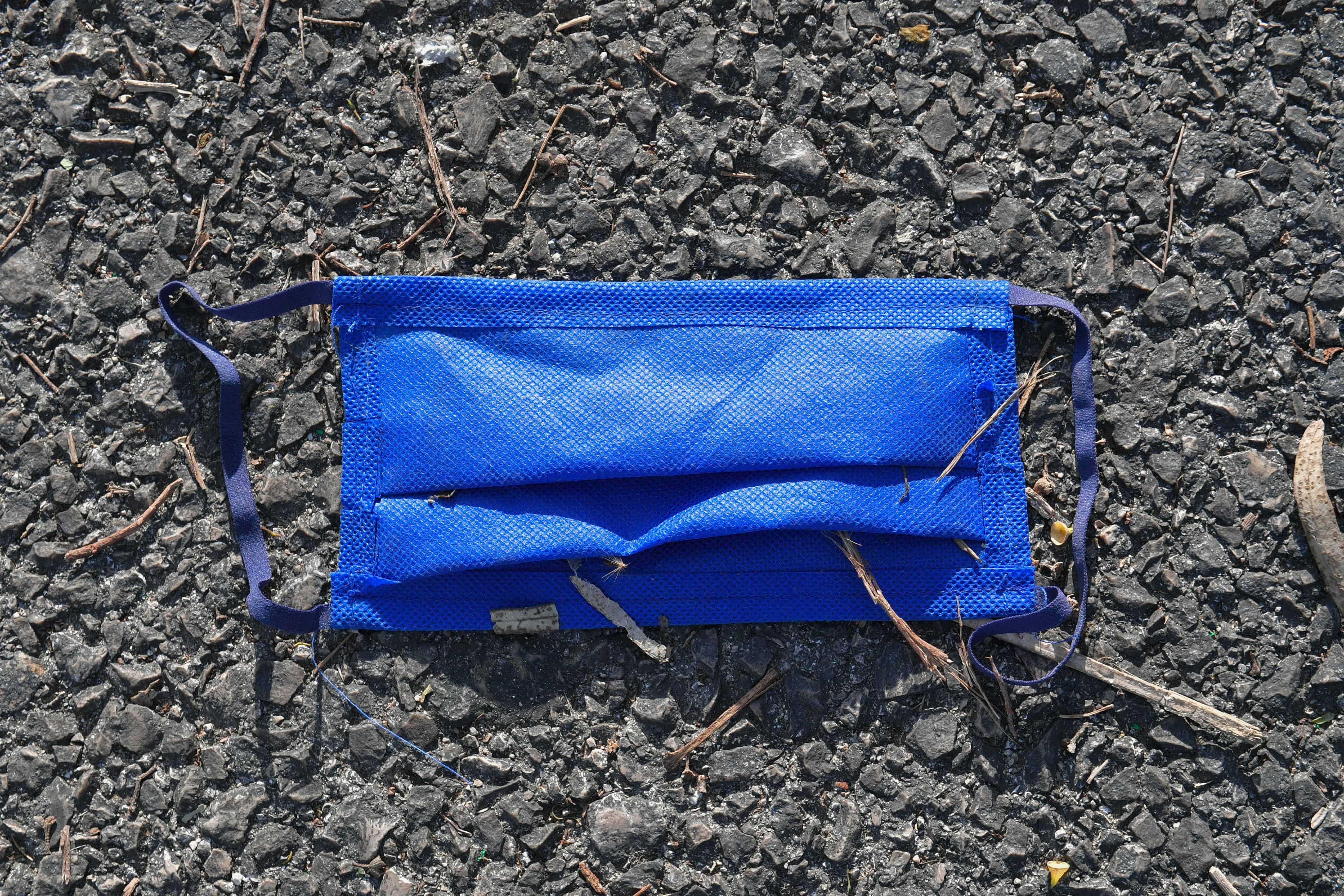 The real-life specter of SARS-CoV 2 comes across as existentially frightening. With the virus being as familiar as a seasonal respiratory disease and yet totally untamed by possibilities of existing immunity, it reminds many of a scary scenario in popular fiction (remember that Stephen King one about the bad dude living in Texas and the flu survivors in Colorado?). One must admit, SARS-CoV2 sounds high tech and ominous, much more so than any threat in a tale of hidden monsters under your blanket (I am not a toddler, you know), and much more threatening than a flu (yawn, got that last year), a velociraptor (cute), or an alien (unreal).

But after more than four months of living with the virus and reading a new story about it every two minutes, it seems inevitable that one develops a certain familiarity with this new monster in our life—but, dangerously, without actually having real knowledge about it. And acting on half-knowledge, in itself, is a serious threat—because, as the Alexander Pope couplet says about a mythological fount of scientific and artistic inspirations, “a little learning is a dangerous thing, drink deep, or taste not the Pierian Spring.”

Accurately determining all possible trajectories of the coronavirus threat in different national and cultural environments sounds like an impossible challenge. Its dangers lie in the absence of information on what variables actually play how much of a role in influencing the virus’ spread, what its real lethality is, and how the immunity created by a first-wave exposure might or might not nullify the risk of mortality when being exposed to the virus in a future coronavirus wave.

Correlating a full risk assessment of the virus with a full assessment of the economic risks that could emerge because of measures against the virus, sounds like mission mega-impossible. This modeling of these two unprecedented risk complexes would involve extrapolation of medical factors on yet to be obtained epidemiological knowledge in conjunction with assessments of never before measured social and economic risks pertaining to the death of social lives and slaughter of economic activities in course of implementing lockdowns and isolations of millions.

How to quantify the risks of increased morbidity and mortality associated with a chain of job loss—impoverishment—long-term unemployment—deterioration of general health—depression and a sense of uselessness that can be triggered as downward spiral through an economic hyper-recession not seen in almost a century? How to compute the thoroughly unexplored risks of social repercussions and lasting life impairments from an experiment putting the human “zoon politicon” (in the Aristotelian sense of humanity as a herd animal) indiscriminately into isolation not seen since the bomb runs and sequestering of masses in air raid shelters in London, Moscow, and Berlin during World War II? Modeling all those intertwined risks on a large numerical scale of affected individuals and over an extended period of time, appears to the non-scientist to be impossibility squared, or total delusion.

In the small factual base of knowledge about the pandemic and its direct human impact—not accounting for the indirect and induced impacts over time—the confirmed infected percentage of populations such as China, France, Italy, and the United States is at time of writing is assumed to be in the two to three per mille range, meaning that 0.2 or 0.3 percent are infected in countries with, by global comparison, high absolute infection counts.

The total number of global COVID-19 deaths is horribly high, yes, but this is because the global population is unimaginably large. We humans are numerous—more numerous than ever before in the existence of planet Earth, whose accretion is estimated to have commenced an also unimaginable 4.6 billion years ago.

Zooming back into the present age of the coronavirus threat, the disease’s mortality rate is moreover so different from country to country that some associated factors jump out—such as the variance in average population ages between a country such as Italy and a population-wise younger country such as Lebanon. As Lebanon’s acting head of the Insurance Control Commission Nadine Habbal pointed out on the sidelines of an interview with Executive, when researching the extent of Lebanese insurers’ likely exposure to the coronavirus she found to her surprise that the average age in Italy is 47 years, while the average age in Lebanon is merely 31.

Taking this case as example, it is correct that in a Wikipedia list of countries by median age, Lebanon is ranked in position 118 while just north of the Mediterranean, Monaco is noted as the country with the world’s highest median age and Italy as the fifth-oldest. As a matter of fact, Lebanon is in spitting distance of the world average as far as median age of its population. Also with regard to the specific higher vulnerability of older men to the pandemic, Lebanese men would by conventional wisdom have better cards than their Italian peers, given that the median age of men in Italy is almost 15 years higher than that of Lebanese men.

However, assuming a direct correlation between median ages as single determinant in a national coronavirus propensity profile would be indefensible—Brazil (ranked 103), Turkey (110), and Iran (123), ranked among the world’s 12 worst-infected countries as of April 20, are very similar to Lebanon in terms of median population age. The age factor, when taken alone, thus seems more than questionable for being suited as predictor of anything.

Besides the country’s small size, the young age of the population, and the government’s immediate decision to close schools, further advantageous factors cited by Habbal regarding Lebanon’s response to the COVID-19 pandemic include the country’s heavy reliance on individual modes of transport—“every family has two or three cars; we don’t have a metro or tube we can use,” she noted—and the absence of large social gatherings in the revolutionary and restless months before the coronavirus crisis.

From the perspective of fighting the coronavirus, it was almost an advantage to have been in subdued spirits due to our Lebanese economic crisis, meaning, for example, to not have had events in February that would have been comparable in their effect to spectator sports events with ten thousands of visitors at football matches in northern Italy in mid-February or a major religious assembly in France’s Alsace region.

But when taking a complex national specificity into account—even if this diagnosis includes factors that at first seem so thoroughly counterintuitive to national wellbeing as Lebanon’s historical overcrowding with private cars or the new extreme detriment of the economic meltdown—and combining this with currently accumulating data on the spread of coronavirus infections and COVID-19 fatalities as percentages of populations that have been collated in countries with much more thorough testing than Lebanon, it does sound no longer like totally fake news or ignorant deception that official Lebanon reports comparatively benign coronavirus numbers.

What’s in a number?

It deserves to be repeated, however, that the data uncertainty on the pandemic is immense. With regard to known data, and without even venturing into questions of the distinction and relationship between crude global death rate (total number of deaths during a given time interval) and the cause-specific death rate (number of deaths assigned to a specific cause during a given time interval) related to the coronavirus, it is undeniable that the infection fatality rate (the proportion of deaths among all the infected individuals) of COVID-19—which appears to be more narrow that the cause-specific death rate but wider when taken as the mortality indicator for an epidemic as opposed to the case fatality rate (the proportion of deaths from a certain disease compared to the total number of people diagnosed with the disease for a certain period of time) will support a different sort of bias when the information is processed emotionally, given that infection fatalities are in ranges that will not ever conceivably threaten the survival of the human race.

The confusing ways of defining and accounting for fatalities makes you wonder if any of the data from any of these definitions would have been helpful to Homeric hero Achilles for answering his fateful question over eternal glory after a short life versus a long life of eternal boredom. Moreover, when compared with, let’s say, statistics on minority rights or gender equality, death rates appear to be a topic that psychologically and philosophically has not been prominent on the agenda of most people in the postmodern age, including media professionals—with the consequence that imbalances in discussions of the pandemic in media sometimes seem to be magnified either out of ignorance or because of editorial or political biases.

Given that huge differences in confirmed infection rates and death rates have so far been recorded in countries around the world—and that among those very divergent accounts are adjacent territories with similar development levels and cultures such as Belgium and Germany where the population-adjusted COVID-19 fatality rates in mid-April were reported in the former as nine times those of the latter (452 versus 52 per million inhabitants) one can safely assume that people with predilection for rational arguments—meaning excluding those who consider metaphysical explanations as well as those who overenthusiastically jump on passing conspiracy wagons—will for much, if not all of this year, hypothesize, guess, and speculate about contributing and exacerbating factors in the pandemic.

This range of rational assumptions, judging from a scan of statements by governments and reports in media with fact-checking cultures, begins with explanations about statistical methodologies and governmental reporting standards in different countries, as well as testing capacities and health system factors such as available hospital staff and medical equipment. The laundry list of presumed influence factors continues with demographic, environmental, climate, and geographic items, such as age structure and general health of a population, the degree of air pollution, a country’s role in international transit travel, its seasonal climate pattern, and factors of urbanization such as population density, residential clustering, and dominant modes of urban transportation.

The list balloons further to a line of economic and social factors, the most influential of which is nominal GDP per capita “as proxy for several socioeconomic dimensions” according to Lebanese actuarial consultants i.e. Muhanna & co (see box and Q&A). The firm applied its actuarial exactitude this March and April to developing a tool for calculating and visualizing four factors of import in analyzing COVID-19 mortality—infection rates, GDP per capita, number of hospital beds, and average age of population in a country.

But the list of economic and social factors appears to stretch much farther still, from the count of accessible water faucets and people’s informedness in underprivileged areas in the developing world to smoking and lifestyle habits everywhere and eventually the atomization of families with segregation of the elderly into group accommodations in economically overdeveloped G7 countries.

All such assumptions and rational theories about factors that influence the pandemic have yet to be tested and verified or falsified but some already appear likely to become widely accepted as people’s heuristics for estimating the coronavirus risk for years to come. However, the perhaps only thing that during the disease’s first global wave can safely be said about this haystack of rational assumptions is that a multi-faceted look at a country’s circumstances is preferable to a single-focus approach, even when based on factors as fundamental as the case-specific death rate or the number of testing kits that are available in a jurisdiction.

We are not living a dystopian horror tale where 99 percent of the world population die of a weaponized flu; we all are now actors in a, no less dystopian, play where the 99 percent do not die of a virus but are threatened by convergence of medical and economic risks and need to find their way to a sustainable future. A multi-factor analysis almost certainly will offer a better chance for untangling the complex yarn ball of economic, social, and medical risks that impend on us in the wake of the 2020 COVID-19 pandemic.