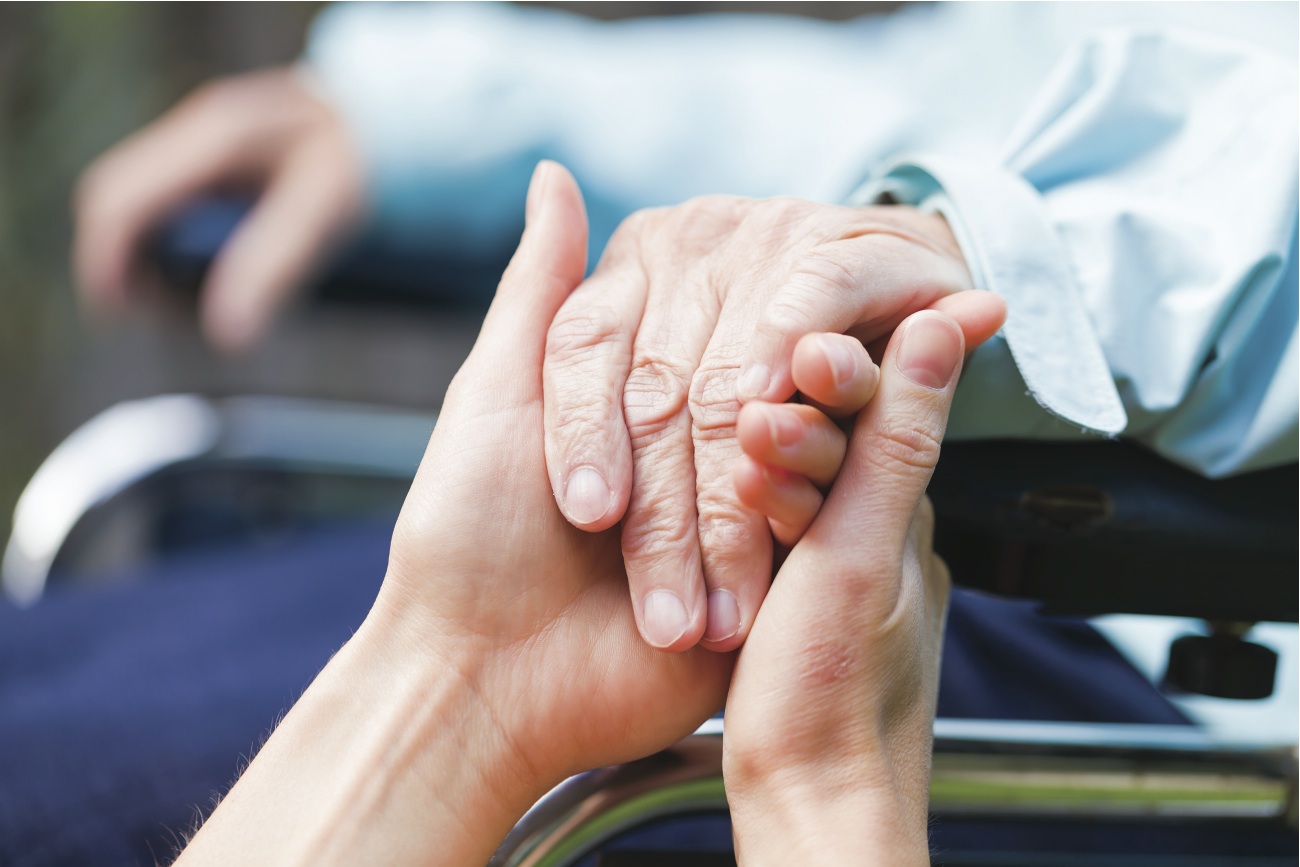 When H.S. was diagnosed with pancreatic cancer she made it clear to everyone around her that she was going to put up a fight. She had surgeries, took chemotherapy, and continued to manage her home and business as if nothing had changed.

I met her two years into her illness during her last hospitalization. She had been admitted with severe pain and intractable vomiting. She was unable to eat and had lost half her body weight. Her oncologist performed the necessary tests, then informed her family that she had exhausted her treatment options. She had intestinal obstruction, but her body could not tolerate the surgery required to fix it. The pain and vomiting could not be controlled, and she would most likely have to spend her final days in the hospital.

Her family was advised to reach out to me by a physician friend. I visited H.S. in her hospital room on several occasions. I advised her medical team on how to manage her pain and vomiting. I also had long discussions with her about her worries and hopes and what was most important to her at this stage of her illness. H.S. wanted to spend her final days at home, remain as independent as possible, and be comfortable enough to enjoy her remaining time with her family and friends.

The medical team at Balsam, a nongovernmental organization that aims to improve the quality of life of people facing life-threatening illness, set to work on making this happen. Our physicians, nurses, social worker, psychologist, and pharmacist worked together to ensure her pain was controlled, her vomiting stopped, and she could enjoy small amounts of food again. We were able to make her comfortable enough to leave the hospital and continued to provide the medical and social support she needed to allow her to feel safe and supported at home.

The care that H.S. received is referred to as “palliative care.” The World Health Organization (WHO) defines palliative care as a medical approach that aims to improve the quality of life of patients and their families by managing physical symptoms, such as pain, as well as the psychological, social, and spiritual sources of suffering. While most medical specialties focus on curing disease, palliative care specialists focus on the person living with the disease—making their choices and the quality of their lives the center of medical decision-making.

The benefits of palliative care have been well documented. Patients who receive it have better quality of life despite their illness. They are less likely to experience pain, less likely to suffer from depression, and more likely to report satisfaction with their care. Studies have also shown that providing palliative care early in the course of an illness can also prolong survival. The benefits also extend beyond the patient to the healthcare system. Research has shown that palliative care significantly reduces the cost of medical care. When their symptoms are managed and patients are given choices regarding their care, they tend to have fewer hospital admissions and avoid unnecessary invasive medical procedures.

In a report published in the medical journal Lancet in 2017 it was estimated that every year 25.5 million people die worldwide with serious health-related suffering. Of those, 2.5 million are children under 15 years of age, and most live in lower and middle income countries. It is estimated that an additional 35.5 million people suffer unnecessarily from pain unrelated to the end of life. Most of this pain and suffering could be avoided with basic palliative care.

Palliative care has been increasingly viewed as a basic human right. In 2014, a resolution was passed at the WHO’s World Health Assembly calling for all governments to integrate it into their health systems. More recently, the WHO included palliative care as part of a comprehensive primary healthcare package in their declaration calling for universal access to primary health care in Astana, Kazakhstan in October 2018.

Palliative care was not available in Lebanon until 2009. Services initially began with the establishment of small donor funded organizations providing care to patients at home. Recognizing the importance and value of this specialty, the Ministry of Public Health established a National Committee for Pain Control and Palliative Care in 2011 with the aim of setting a strategy for the development of palliative care in Lebanon. Since the establishment of the committee, there has been a slow but steady increase in palliative care services. Today, although the number of healthcare workers trained in this specialty remains limited, palliative care is being provided in some form at a small number of hospitals in Beirut, as well as by a few home-based palliative care organizations. These are able to meet the needs of only a small fraction of the estimated 15,000 patients who could benefit from palliative care in Lebanon annually.

Until recently, palliative care was not covered by insurance. This naturally restricted it to donor-funded organizations or larger institutions that chose to allocate internal resources to sustain their programs. On March 18, the Ministry of Public Health took a major step toward integrating palliative care into the Lebanese health system by issuing Decree 1/447 that defines criteria for the reimbursement of palliative care services. The decree defines coverage for both home and hospital-based programs and provides a blueprint for a reimbursement structure that can be applied by the National Social Security Fund (NSSF) and private insurers.

H.S. was able to spend the last month of her life in the comfort of her own home with the support of Balsam. She celebrated her 60th birthday with friends and family, and was able to have many good days after her discharge from hospital. The alternative would have been to spend her last days suffering in the hospital and leave her family with memories of uncontrolled pain and the trauma of helplessly watching her suffer at the end of her life. Unfortunately, at this point in time, too many  people in Lebanon experience serious illness that way. This milestone decision by our Ministry of Public Health is a step toward changing that by making it possible to scale up this essential service. Hopefully, within a few years everyone in Lebanon who can benefit from palliative care can receive it.