A day of pressure

In photos: Protests in Beirut push government for concessions

This says: No to a rent law that is unjust and protects the interests of despots

Hundreds of employees carried out a protest in Downtown Beirut on Wednesday. Protesters started flocking to Riad Solh Square from 10 am but their flow did not quite swell to a flood.

By 11am the crowd loosely filled the stretch of road downhill from the Grand Serail, the headquarters of the Prime Minister. 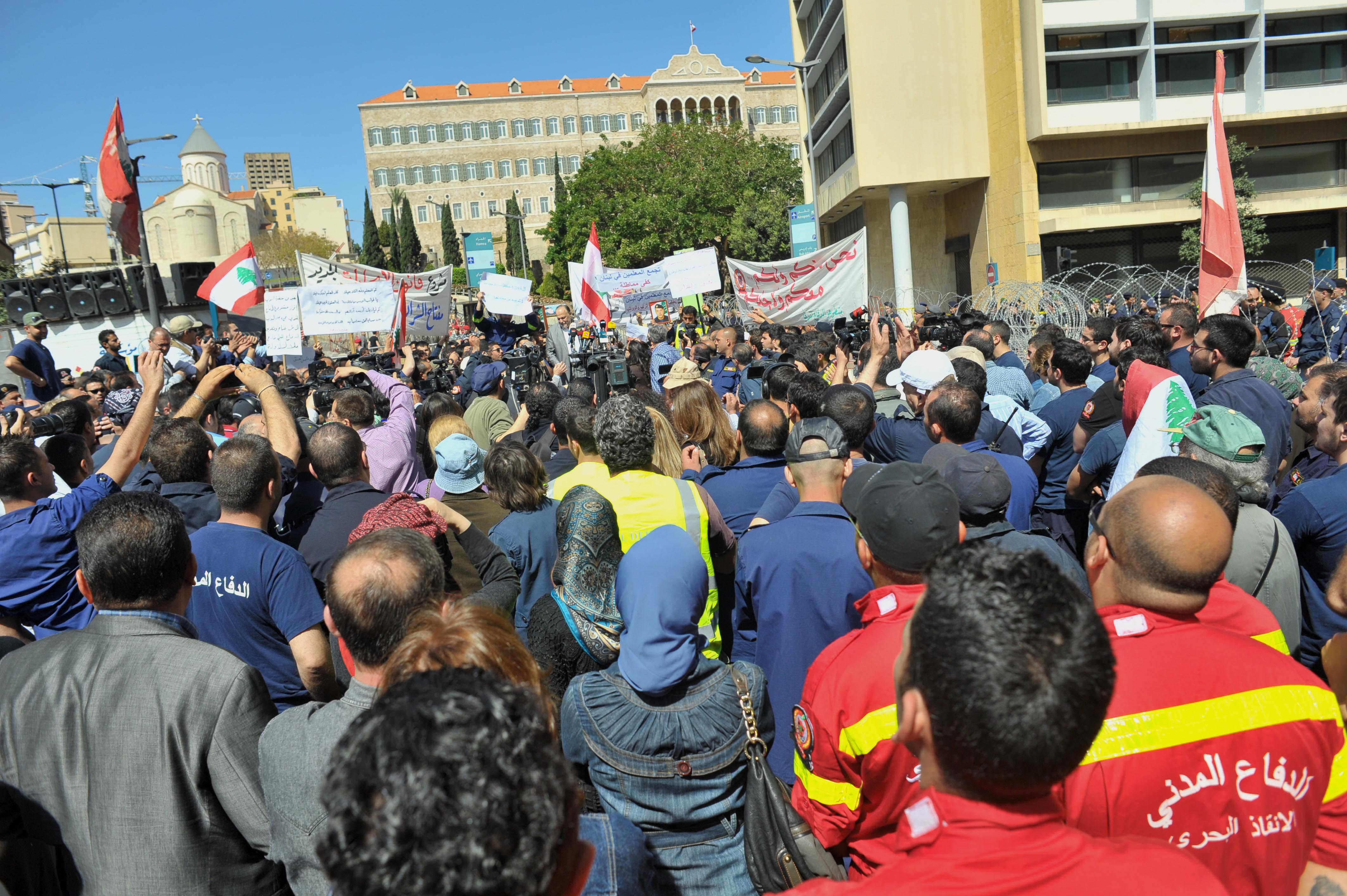 A sign reads: You care about everything except the people’s concerns 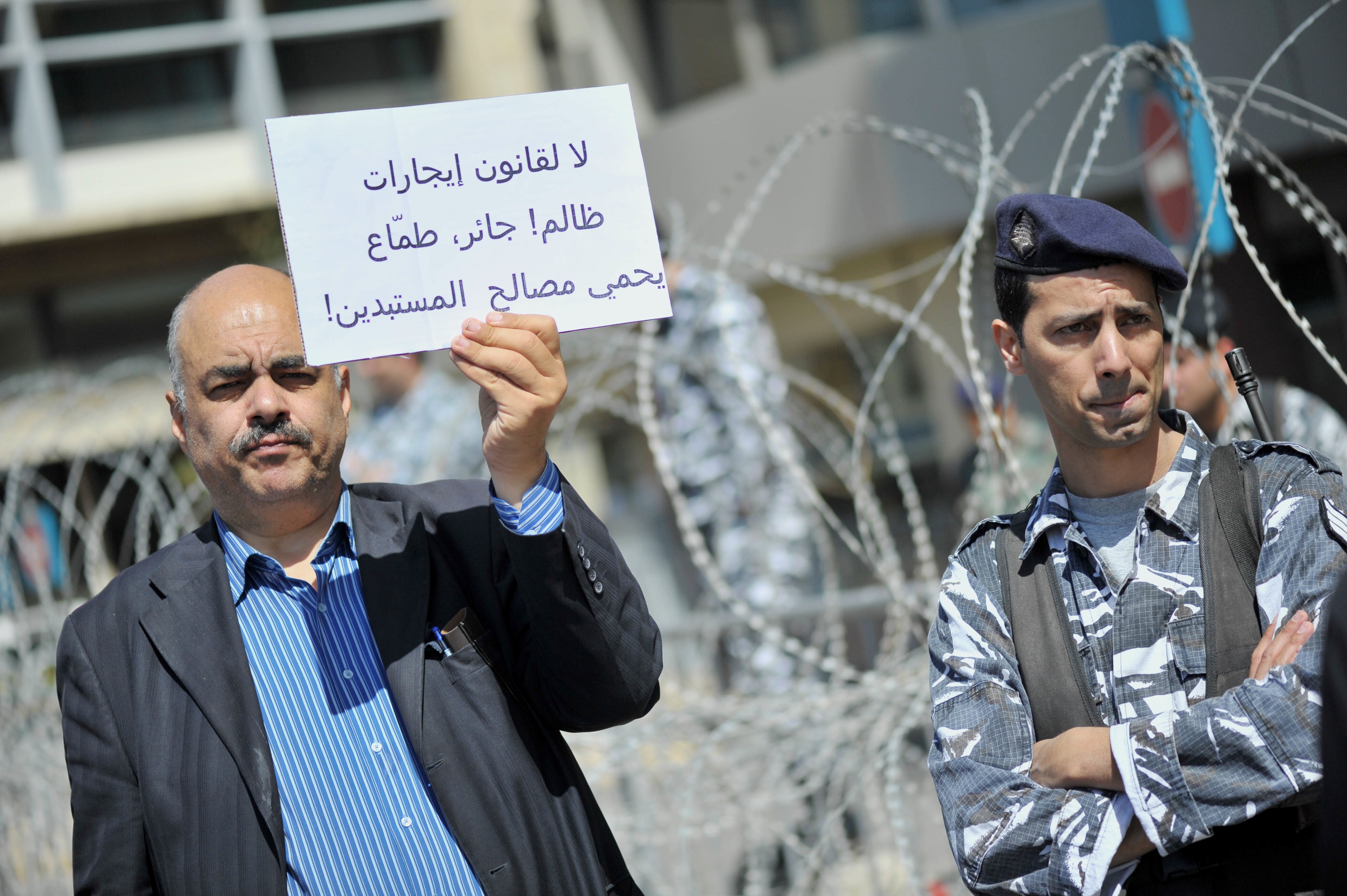 This says: No to a rent law that is unjust and protects the interests of despots 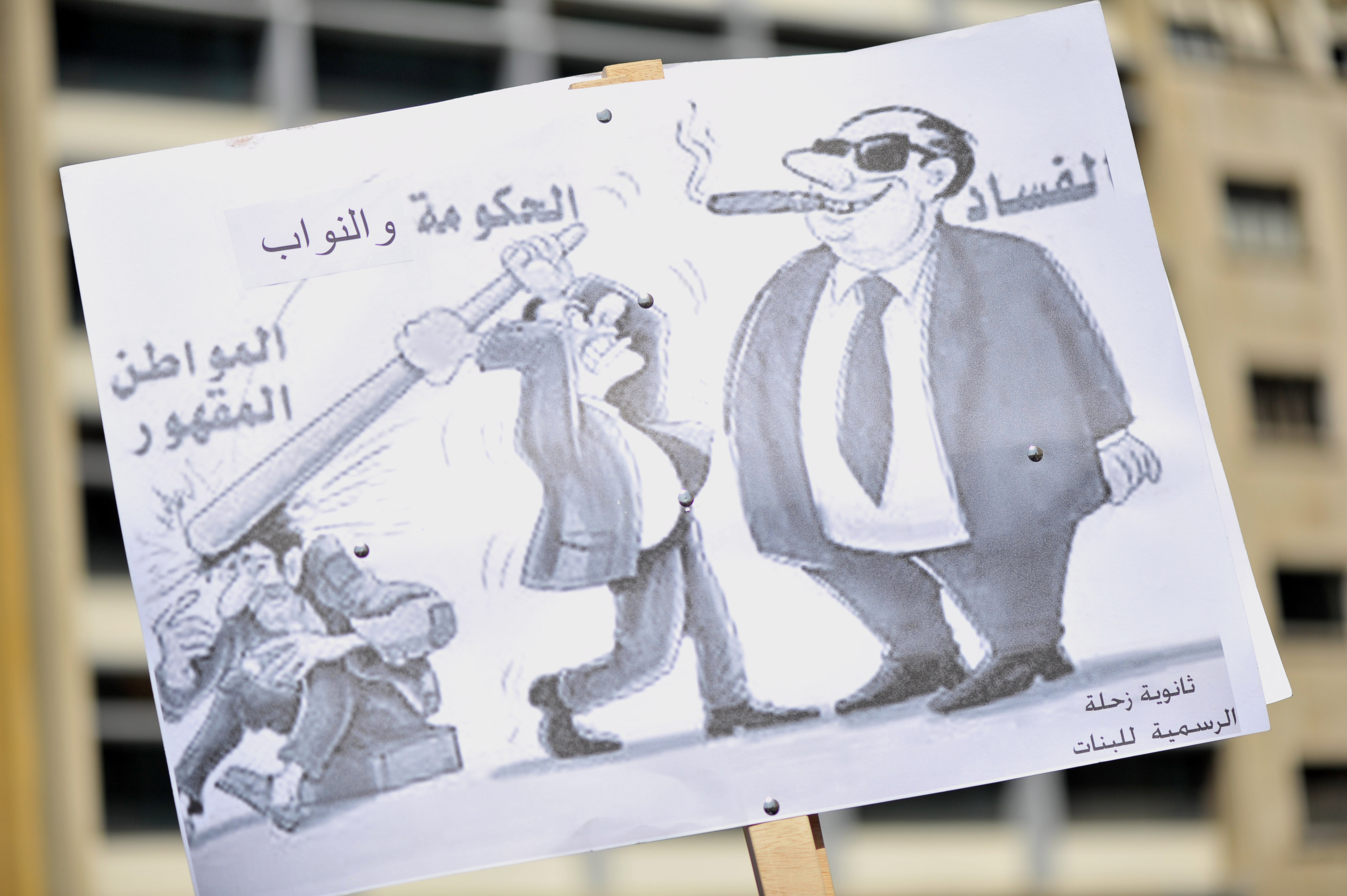 About 500 demonstrators were wedged into the block-long space. The mood was not tense but almost cordial, however.

There were actually a variety of different protests taking place at the same time. Some were calling for the President to strike down a newly passed rent law that could significantly increase accommodation costs for residents of Beirut. Others demanded wage increases for public sector employees and employment contracts for civil defense members. Teachers unions were also represented, leveling their well-known demands for more adequate pay.

Other than attracting direct participants in their – for a protest of very broad ambitions and urgent demands – rather limited number, the event was mainly a magnet for television reporters and journalists working for publications of all colors.

The grand façade of the Serail stood silent and looked impervious to the mixture of speeches, rhythmic chants and protest songs that emanated from a loudspeaker van.

Some protests appeared immediately successful, with a law to grant Civil Defense volunteers full-time employment passed only hours after they began protesting.

The enduring power of memes