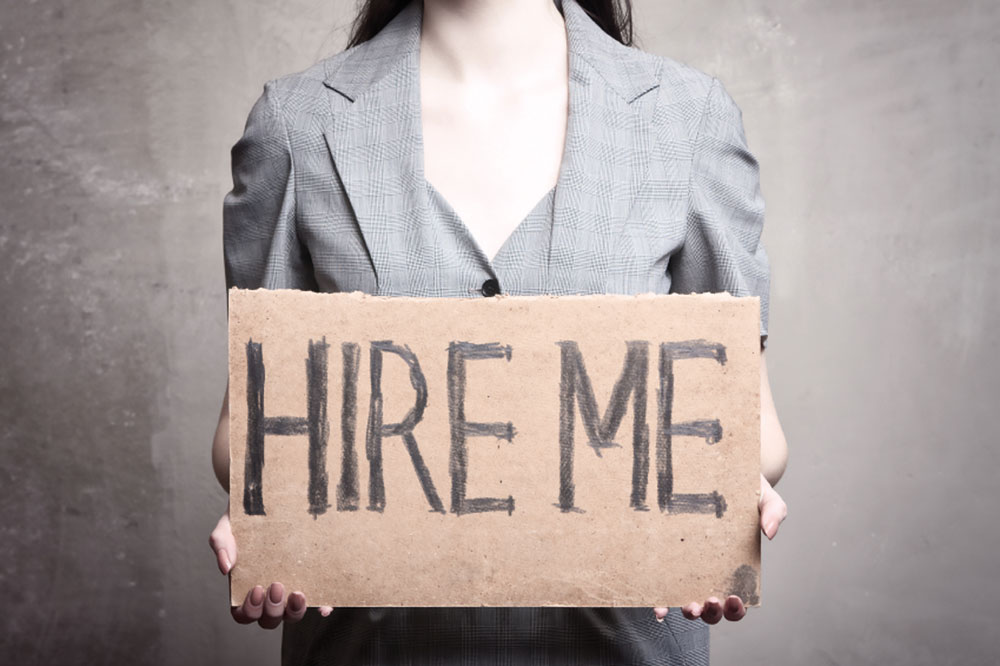 For those who are addicted to adrenaline rushes from springtime thrill rides, March 2020 may very well be as good as it can ever get. But only as far as the thrills of being exposed to the mother-of-all economic shocks. For the large majority of us, it is a world-engulfing nightmare. For the Lebanese, it is a nightmare that is embedded in a disaster.

This fourth week in March 2020, jobless claims in the United States jumped by a record 3 million filings, and this is just one of the scary numbers from the global labor market. In macroeconomic terms, this month appears as prime candidate to enter the history books as a pinnacle of global economic shocks, a time when some countries started to think seriously about helicopter money and new economic formulas, and a time when Lebanese government officials felt compelled to wax lyrically about social responsibilities, the state’s duty to assist the people, and about money (money that is nowhere certain) for the support of suffering citizens and the army of newly laid off workers—an army of many divisions.

But it is also a month when a new startup portends to offer “a glimmer of hope” for employment of people who call Lebanon their home (and who to continue to live here). Startup movement jobsforlebanon.com (J4L) was intended to be launched online on March 16, 2020, but leaped into existence a bit prematurely and unintentionally on March 10, its co-founder and newly minted president Roy Baladi tells Executive during an extensive interview with the J4L founding team (see Q&A).

Over merely two full weeks of virtual life, the initiative encountered what Baladi says were spectacular rates of attention. “We had 26,000 people—probably almost 30,000 by now—come onto the site in less than two weeks; we had 118 jobs posted [and saw] Lebanese expatriates from 126 countries [visiting the website]—rich Lebanese in Nepal, Botswana, and Bhutan,” he says. “We had over 1,300 candidates apply to these 118 posted jobs and are now seeing hires happen. Four hires were completed. Also, more hiring managers and candidates are reaching out and saying that they were able to [arrange] jobs through jobsforlebanon.”

According to Baladi, the J4L movement was conceived toward the end of 2019 during the thawra (revolution), at a time of high optimism fueled by the national unity witnessed in the rising protests. During a conversation with Baladi, J4L co-founder Yalda Aoukar expressed her dismay over having received a shocking number of appeals for loans or any sort of work and living income from highly qualified and yet out-of-work friends back home, and so she brought up the idea to call upon Lebanese expats in the diaspora to provide freelance jobs that could be worked remotely from Lebanon. Next was a conversation with another co-founder-to-be, Neal El-Jor Taouk who at the time was already engaged in the organization of a Lebanese expat network called Meghterbin Mejtemiin (Lebanese diaspora united) who, it was agreed, would commit to building the diaspora network for J4L.

This meant that two key building blocks for J4L were ready for sourcing: a recruitment tool and a network. Recruitment software could be sourced from San Francisco-based Smart Recruiters—a company whose business was the development and provision of exactly this type of software. Baladi, an early employee of the company, could access the product under a corporate social responsibility commitment by his employer. The nucleus of a diaspora network was also already in place.

In addition to this, Baladi, El Jor (a former Facebook employee and marketing and communications expert), and Aoukar (a finance expert and entrepreneur who is managing partner in an investment company), set out to find someone who would provide them with a snappy marketing message that could send J4L on a viral trajectory on social networks. They found Rhea Nasard, creative director at Lebanon-based agency its communication.

By early 2020, while seeing Lebanon languish under its economic crisis and unemployment rise ahead of the days of the coronavirus crisis, J4L had its three main arrows in the quiver: a product, a network, and a message. “Our aim with this initiative was to provide a glimmer of hope and offer people in Lebanon a way to stay in their country, and empower the diaspora, like Neal said, to tap into a market place of extremely competent individuals who also happen to be your compatriots,” Aoukar explains.

Next to join was Natasha-Christina Akda, lawyer and founder of a New York-based corporate advisory—and also a passionate advocate for Lebanon with high civic involvement. While progressing on its trajectory toward incorporation and a legal identity J4L met with a surge of attention in the days of the exploding global coronavirus crisis. In this context, it rapidly encountered interest not only from Lebanese job seekers and diaspora members but also from potential emulators of its non-profit recruitment model in countries from the Netherlands and Germany to Australia. The venture also established two outreach enhancement programs, one an ambassador program and the other a partner program.

Even more fascinating to this observer than this narrative of growth beyond expectation is the way in which J4L’s own path and experience mirrors its founders’ vision and aims. Here is a core team of diverse Lebanese expatriates who “made it” and by all appearances built viable existences in important economic hubs and vibrant sectors. This team links back to Lebanon but does not follow an—often seen and not always successful—track of moving physically back into the home country for the Lebanese economy to benefit from all they acquired abroad in a reverse migration of brainpower and skills. Instead, they clone their own cultural and entrepreneurial DNA into a platform that has global potential—with Lebanese ingenuity inside. Irrespective of its somewhat parochial name, which might evoke misgivings of a narrow agenda and nationalism, this new online startup initiative comes across as not exclusionary, nor racist, nor populist, nor politically exposed. It is not just about Lebanese jobs either, at least not conceptually and not in the long run.

There are caveats, as with all human endeavors and daring innovations.  While the enthusiasm and creative energy of the J4L team are as laudable, as their optimism and dedication to their self-chosen mission, assurances by team members that this team will “always” remain committed to the movement irrespective of what changes it might undergo and how responsibilities might shift from board oversight roles to operational officer roles have to be regarded with a caveat about the very limited predictability of human relations over multi-year time spans.

From a perspective of potential conflicts of interests and corporate behavior, the, at this point exclusive, reliance of J4L on the software solutions of Smart Recruiters, which itself is said to operate under a software as a service (SaaS) business model, in conjunction with the overlap of Baladi’s personal involvement as president of J4L and as head of communications in charge of corporate social responsibility at Smart Recruiters, some cautiousness seems to also be warranted. Even as a casual look and reputation check of Smart Recruiters does not raise any red flags, it cannot be overlooked that the company is a fairly young corporate partner, which undertook a Series D funding round a little less than one year ago and raised $50 million in this round according to US-based tech website Venturebeat.

Further, it can not be ignored that the operation of a recruitment platform using algorithmic and artificial intelligence (AI) that is incorporating processes for vetting candidates for their technical skills, language proficiency, personality, and backgrounds by third-party providers is not necessarily void of errors or even biases (such as male chauvinism seen in genderless AI). Moreover, the field of recruitment companies is marked by high competitive pressures.

Finally, when looking at the Lebanon aspect of the J4L equation from the perspective of the enormous rise in competition for finding work across most national and all international labor markets, the horizon for 2020 and 2021 is clouded to a fright. The rise in US jobless by a brutal three million people in a single week this March and an Chinese urban unemployment statistics showing five million people to be out of work for the months of January and February—with forecasters’ expectations of another increase due to global vanishing of demand for Chinese manufactured goods for at least several months—imply a glut of labor supply in the world’s two largest economies. Even if only 5 or 10 percent of this added rise in eager job seekers were highly qualified or experienced, their number would be overwhelmingly large when compared to the number of the entire Lebanese labor supply.

J4L’s repeated assurances and conviction that this country has an abundant supply of highly skilled and multilingual candidates for employment or freelance positions on global level must be thus juxtaposed with the fact that—while job seekers from other countries of origin may or may not be equipped with on average equivalent skill level, motivation, multilingual background, tech savviness, or entrepreneurial drive—there is no denying that the absolute number of Lebanese talent does not measure up to the numbers of job seekers from much more populous countries. This observation applies not just in these days of high global unemployment but even at times when corporate demand for labor in coming years might be reaching levels that are closer to full employment—which is in itself a doubtful proposition in a decade where speculations over job destruction due to increased automation and substitution of human workers by AI have been globally rampant for the last few years.

In terms of numbers, furthermore, the one-year vision of seeing 50,000 jobs happening in Lebanon due to J4L and its partners, which J4L’s Baldadi very determinedly stated to Executive (see interview), would require a disproportionate candidate pool, given the average 100:1 ratio of job candidates per successful hire that is assumed by J4L itself—even when assuming an extensive involvement of partners of over 50 percent in the supply creation and hiring activity. In a rough back-of-the-envelope estimate, a pool of 2 million candidates (for achieving just 20,000 hires at the anticipated 1 percent conversion rate of applications to hires) would have to exceed the entire working-age Lebanese population of 2021, let alone the pool of top-skilled university graduates or experienced professionals—such as teachers, designers, journalists, researchers, lawyers, copywriters, and creatives—that are on the prowl for better economic opportunities.

Caveats over risks and fundamental uncertainties are common and prudent in contemplating daring economic propositions and projects—and more so than ever in a period of an unprecedented global economic shutdown, recession, and unpredictability. Resilient to any caveat, however, is the impression of the J4L core team’s professionalism, strategic thinking, individual commitment, passion, and collective emotional intelligence.

Despite the uncertainty that must be apportioned to any prediction of how the global labor markets, labor practices, and AI-driven or human-driven human resource acquisition patterns will develop in the coming year, and years, bona fide social-good centric recruitment as professed by J4L is an enterprise that is not just worth watching for jobseekers and to link up to for job creators from the diaspora. It is equally worth tracking for labor-focused policy-makers, activists, researchers, and reporters. From this perspective, it would be ill-advised to presently preclude anything as far as J4L. This movement’s involvement in and for Lebanon could well generate a positive labor push and produce something that significantly exceeds initiating a few positive growth impulses and sparkling comet tails of hope for the country’s large pool of individuals who are desperate for dignified work and livelihood.