Executive has short-listed eight potential contenders most likely to be considered for Lebanon’s highest office. As there is no formal process by which candidates are nominated, predicting who will throw in their hat is largely a guessing game. Unwritten agreements and historical precedent narrow the options to a male Maronite. Our consideration focuses on economic qualifications but also considers qualities such as other relevant experience, leadership skills and ethics. 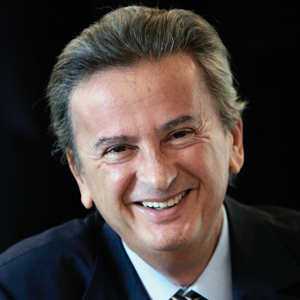 Education: BA in Economics from the American University of Beirut

Current role: Governor of the central bank (since 1993)

If economic expertise were the sole factor in choosing Lebanon’s president, Riad Salameh would already be in Baabda. His CV includes a BA in Economics from AUB and a stint as a vice president of investment bank Merrill Lynch in Paris (1985-1993). Subsequently, over two decades at the central bank has seen him maintain financial stability in a state that has been buffeted by insecurity and political deadlock. Even now, in the midst of a crisis that has taken a serious toll on the Lebanese economy, the Lebanese banking sector remains trusted and strong. Salameh has won both national and international plaudits for his calm management of the country’s monetary policies, including multiple awards for best central bank governor in the region and world.

The Lebanese constitution forbids the election of grade one civil servants or their equivalents unless they have resigned from their position two years before the presidential election. In theory, this rules out the appointment of the central bank governor. Yet constitutional amendments have made it possible to propel army chiefs directly into Baabda, including current President Michel Sleiman. The same could be done for Salameh.

The man himself is, predictably, reluctant to deviate from his day job and entertain speculation about presidential ambitions. But, as an avowedly competent figure also fitting the mold of a consensus candidate, there is no doubt his hat will remain in the ring whether he puts it there or not. 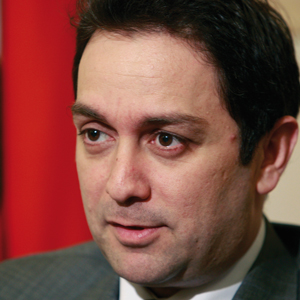 Despite stepping down from his ministerial position in 2011, Ziyad Baroud remains firmly in the public eye. The lawyer and activist has maintained the solid reputation as an industrious and competent manager that he developed during his time at the interior ministry. An expert on public administration and decentralization issues, he recently spearheaded the committee tasked with shaping the draft bill on decentralization in Lebanon, unveiled in early April by current President Michel Sleiman.

Although he has remained tight-lipped regarding any presidential ambitions, Baroud has been mentioned in virtually every shortlist of potential candidates. From an economic perspective, his background in public administration and management means that he has solid experience of running tight economic ships, even if his core occupation is law. He has received a number of awards for his management skills and commitment to democratic norms, including the French “Officer of the Legion of Merit,” the Spanish “Commander by Number of the Order of Civil Merit,” and the United Nations Public Service Award. He was named a Young Global Leader by the World Economic Forum in 2007.

Yet despite his undeniably impressive CV, it is Baroud’s status as a centrist, non partisan figure that mostly leads to predictions of a presidential role. Even if the man himself has yet declined to comment, he will continue to be seen as a contender. 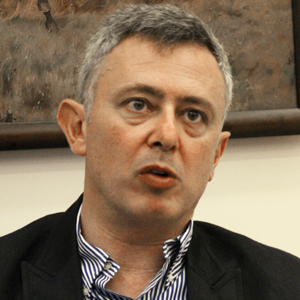 Previous positions: MP for Zgharta since 1991; various ministerial portfolios, including health and interior

Current role: MP for Zgharta, leader of the Marada Movement

If elected to be the next president of the republic, Suleiman Frangieh would share not only a name, but also the highest office in the land with his late grandfather, who served between 1970 and 1976. Yet as leader of the Marada Movement, steeped in local, ethnic and of course familial traditions, this would be less of a coincidence than at first glance.

Despite being the second-youngest of the potential candidates (after Ziyad Baroud), Frangieh is no stranger to politics. Made minister of state in 1990 at the age of 25 and entering Parliament the subsequent year, Frangieh has been involved in Lebanese politics for his entire adult life. He had previously served as chief of the Marada militias during the civil war at the age of just 17.

Having held various key Cabinet positions including the health, housing and interior ministries, Frangieh has managerial experience. Could he manage and direct a struggling economy? The Lebanese people have ranked him highly in this regard, according to the survey undertaken by Ipsos. Yet as the economy sags under the weight of the Syrian crisis, Frangieh’s close links to Damascus could count against him, even if he has said he is in favor of Lebanon’s “positive neutrality.”

Describing Michel Aoun as ‘the General’ can sometimes seem trite. After all, having turned his military hand to politics for over two decades, Aoun has been and remains a major political and controversial figure in Lebanon, particularly among much of the Maronite community. Yet he will always be associated with scenes from the civil war. Whether leading the Lebanese Army in fighting militia groups in the mid-1980s, turning his guns against his countrymen, or stubbornly refusing to leave the Presidential Palace as the Syrian army bombarded his quasi-presidency in 1991, it is as a general that Aoun is remembered.

It is difficult to judge his economic credentials. Having not yet released a manifesto for the 2014 presidency — let alone officially declared his candidacy — there is a lack of specific economic objectives to analyze. The official charter of the Free Patriotic Movement simply mentions a commitment to a “free economic system and personal initiative,” albeit with the careful caveat that this must respect “the boundaries of human dignity and the welfare and principles of social justice.”

Neither a consensus figure nor an economic buff, at the age of 80 Aoun nevertheless maintains the image of a strong figurehead that many Lebanese consider — fallaciously or not — necessary in a president. 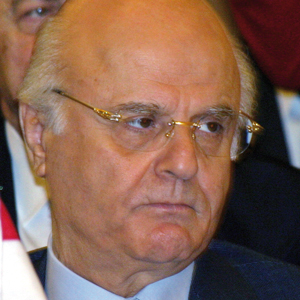 Experienced and moderate, erudite and well-connected — a range of adjectives have been employed to capture the long and politically varied trajectory of 75-year old Jean Obeid. A journalist by trade and a canny politician by nature, Obeid has maintained links across the party spectrum, and despite no longer being an MP (he failed to win re-election in 2005), he is another of the perennial figures who come to mind when the search for a consensus candidate begins.

As a former minister of both education and foreign affairs, Obeid is a seasoned manager and diplomat. Representing Lebanon abroad — a key task of the president — would be within his grasp. He has never held any purely economic portfolios or worked in a specifically economic capacity, but the ability to maintain international relations and reassure foreign investors and donors would be a certain advantage which he holds.

But like many of the consensus candidates, Obeid would ultimately be chosen more for what he doesn’t do (alienate certain sections of the political spectrum) than what he does do. When it comes to choosing a strong economic president for the Lebanese economy, this is an unfortunate scenario. Of course, a victorious Obeid would not be likely to see it that way. 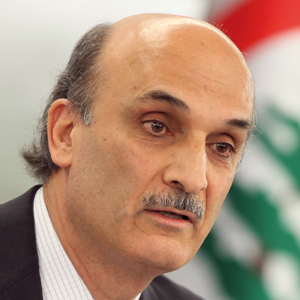 Previous positions: Commander of the Lebanese Forces during the civil war

If most of the contenders for the job have been cagey about revealing their presidential ambitions, the opposite has been true for Samir Geagea. The Lebanese Forces leader announced his candidacy to grand pomp in April and has since generated much commentary with a forceful and outspoken campaign. Yet for such a polarizing candidate to gain a consensus within the Parliament is a tall order. Geagea was reminded of this during the first round of voting, when several ballots were cast with the names of men he was convicted of ordering the assassination of during the civil war.

On economic issues, he has published a presidential platform outlining his vision for the political and economic future of Lebanon. Wide ranging but sometimes short on concrete detail, the manifesto name-checks investment in infrastructure, the boosting of tourism and public-private partnerships to overhaul the electricity and telecommunications sector. It also pledges to ensure that the newfound oil and gas wealth in the country becomes a blessing rather than a curse, by adopting extremely transparent standards and rules of good governance in its management.

But delivering on these targets is a different matter. With no record of economic expertise on his CV, Geagea will find it difficult to turn words into action. And as a divisive figure in a political system often paralyzed by polarization, even the “strong president” to which he frequently alludes would find it difficult to work through reforms. 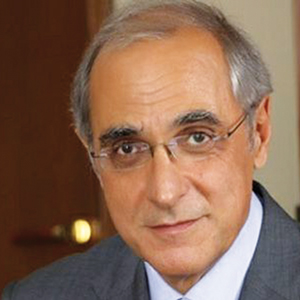 Current role: MP for Baabda-Aley since 2003

Progressive Socialist Party MP Henri Helou was a somewhat surprising late-comer to the presidential race. Having not been mentioned in any short-list of possible candidates, the Baabda-Aley deputy was nominated by his party leader Walid Jumblatt in his role as leader of the National Struggle Front the day before the first round of voting in Parliament. His nomination as a centrist figure slipped between the March 8 – March 14 deadlock and he received 16 votes in the first round.

An engineer by trade, Helou first entered Parliament in 2003 when he won a by-election to replace his deceased father, Pierre. He has since played a shifting political game that saw him side with March 14 (rather than his centrist leader Jumblatt) in 2011 when Najib Mikati was prime minister.

Nevertheless, it is perhaps the possibility of attracting some of these March 14 votes that prompted Jumblatt to choose Helou as the candidate for the central bloc.

From an economic standpoint, Helou has never held ministerial or economic portfolios. Yet, as a qualified and capable engineer, he has knowledge of the importance of structure and planning. Whether he would be a president who would lean more toward the capitalist ideas of March 14 or whether he would be led by Jumblatt’s socialist-tinged values is another question. 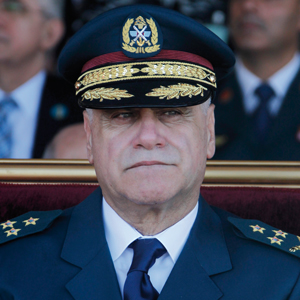 Current role: Commander of the Armed Forces since 2008

In times of crisis, military leaders are often looked to for several reasons. Not only do they offer a steady and strong hand to guide the state through unstable waters, but as an apolitical figure, the chief of the armed forces is de facto something of a consensus figure. Current president Michel Sleiman was shifted from Yarze to Baabda in 2008. His military replacement, Jean Kahwaji, is now being mentioned as a possible presidential replacement six years later.

Such an appointment would require a constitutional amendment, however, as chief of the army is one of the “grade one” roles that are supposed to have resigned two years before the presidential election. But as ample experience has demonstrated in the past, such an obstacle is easily surmountable if political will is generated. The question is whether the political consensus will ultimately form around the common denominator of security and stability, in which case Kahwaji — a decorated and able commander — would be a natural choice.

But, if debates are shifted to areas of economic management and reform, Kahwaji is less experienced than others. For those of the opinion that stability is the key underpinning enabler of economic growth, he has his strong points. But ultimately, if he is chosen it will be as a consensual and symbolic figure, not a CEO.

A president for Lebanon’s economy