In the most optimistic view (please note: a rarer commodity than real money), there will be a future in Lebanon that is powered up by utility-scale wind farms and solar photovoltaic installations. There also will be smart cities, Internet of Things, Real Intelligence (artificial or other) and yet-to-be-discovered grand innovative green technologies that harness the powers of the sun, wind, water, and earth. There will be decentralized and well-regulated industrial, commercial, and agrisolar projects that are sustainable, social, and profitable. 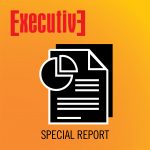 There will be communal universities, public hospitals, free schools and digitized infrastructures that rely on renewable energy (RE). There will be governance in municipalities that cherish public goods, and households that contribute to the nation’s energy safety and are at the same time energy efficient and almost self-sufficient. Everything electric will be highly energy efficient and fully integrated into the stabilized national power grid with diversified, professional, fair, and corruption proved administrative structures in generation, transmission, distribution, and collection.

The electricity bill will come to me on time, be detailed and explicit for its climate balance, and affordable. The country will be part of a responsible world powered by RE. Net-zero will be a forgotten term, as will be carbon trading. There will be no COP Summits, nationally determined commitments (NDCs), and other irksome and meaningless code words that obfuscate the insufficiency of polit-babblers, technocrats, and bureaucrats of all nations. There will be no deforestation and no heavy methane emissions. Hashish will globally be legal and consumed responsibly. There will be cedars on all hills and mountain ranges of Lebanon.

The only remaining question will be if this Lebanon will be a village built by our talented expats in the Kingdom of Far, Far Away or on a planet where people from this country have settled in a galaxy far, far away.

It is November, not April Fool’s. Ergo, while we dream distant dreams of stable electricity and have visions of prosperity and peace, the balance sheet of the Lebanese struggle for renewable energy presents a mixed bag of nice and ugly. There are unmistakable upsides to the ongoing adoption of RE and a massive argument in the realization that renewable energy is not a green choice or nice sustainable opportunity for the people in this country. Passionate World Bank observers and Lebanese experts are in agreement that the people and government of Lebanon have no choice but learn to trust RE (and each other). In this sense of trusting RE, Lebanon by sheer lack of alternatives, is now proceeding on a path to climate sanity and sustainable energy safety that the world at large seems to be hesitant to walk, taking, as shown again this month at a key global climate debate, three or more fast steps back for every five slow steps forward.

Good steps announced at the Glasgow COP 26 UN summit presumably were pledges to stop deforestation and reduce methane emissions significantly by end of 2030 end rein in coal by 2050. These mesh positively with plans for gigawatt offshore wind island projects and many innovative RE applications in national strategies in Europe as well as net-zero goals by nations and corporations.

On the side of hesitancy to act as fast as rational calculations on climate threats suggest, however, are the estimates that the global target for keeping the temperature increase below the 1.5 degree threshold looks to be missed badly. These are coupled with the clinging to coal and oil by countries that benefit from exploitation of fossil resources, the historic knowledge that past climate risk mitigation pledges have rarely been fulfilled and that the increase of temperatures has not been slowing, and the fact that the targets against deforestation and methane output that countries just pledged to for 2030 would better be achieved by 2025.

But additionally it seems warranted to account for some unrecognized assets and overlooked advantages that Lebanese RE plays have going for them.

ALL EQUAL UNDER THE SUN?

Renewable energy has been a passion of leading minds in local academia and private sector for forty years, as the Lebanese Solar Energy Society proudly testifies. Abundant tomes on the role and potential of RE have been written in Lebanon.

RE is not only for the rich. In the currently overheated retail market for solar PV, the top ten percent of households with the right combination of quality awareness and financial means are seen by quality-focused providers as the addressable market for sustainable home systems. Those who opt in are going to be long-term winners of the new reality where no sane person on earth, however socially privileged, can afford waste of energy.

But solar technology for simple needs is becoming more technically capacious and much cheaper. Systems have already been implemented in several thousand poor homes where they run lighting and phone chargers; a new generation system will be powering a small fridge. Solar PV in Lebanon is viable part of social safety net development.

Not to mention that the empowerment of institutions and the public goods infrastructure of Lebanon, oft neglected in the past, is being sped up. According to the Lebanese Center for Energy Conservation, 122 public schools have active plans to go solar. Soldiers guarding the Lebanese border against smuggling and intrusion from isolated posts in the no-man’s-land are beneficiaries of solar PV installations. Our hospitals, schools, universities, and our military are on their way to install RE with the help of international partners and global organizations.

Our SMEs can benefit from energy efficiency and RE programs to leave behind a wasteful pattern where they faced reduced international competitiveness because they were hooked on subsidized state power with a costly overlap with private generators while being deprived of the knowledge and incentives to become as energy efficient as they could be. Our industries, agro-industry and agricultural producers have in recent years learned many new things about RE. They have been prepared by these painful lessons and now stand eager to tap into new efficiencies and new income streams whether through industry-scale installations, net-metering, or wheeling options.

At this time of the greatest need for renewable electricity and indeed any electricity, it is finally to note that Lebanon has not only lost billions in electricity subsidies and payments for inefficient fuel that have amounted to, literally, burnt money. We have also incurred massive opportunity costs.

These costs are visible when one talks to RE companies and individual practitioners in the fields of solar PV and energy conservation. It is not only that Lebanese RE companies in the past two years, those firms that did not vanish from the market in everything except perhaps for their name, website, and listing in an un-vetted registry of RE providers, have relied for their economic survival on incomes from projects in Egypt, Ghana, and elsewhere in the region. As everyone in this industry confirmed to Executive when asked, Lebanese RE companies are able to compete outside of Lebanon, sometimes in very crowded markets. Especially when noting that Lebanese engineers are familiar with complex challenges in design and execution of electricity solutions from the smallest to the industrial scale and beyond – perhaps among the world’s most adapted to intermittent supply and multiple and changing electricity supply challenges. This competitive advantage might have been leveraged into a much stronger RE industry on regional scale.

Also, as a more recent opportunity cost, the RE sector has seen the outmigration of talented engineers and experienced technicians, “en masse” as one industry insider says, while the supply of new talent, the addition to national human capital, is hampered by the problems that the tertiary education sector is confronted with.

Finally, we cannot but emphasize that all steps toward RE and energy safety are, to a large or even critical extent, contingent on people’s behavior changes, the political will of elected (presumed) servants of the people, and restoration of the financial system.

Executive calls for speedy adoption of the relevant laws (Updated Law No. 462 and the draft Distributed Renewable Energy), the establishment of a functioning regulatory authority, and the incentivization of industrial and commercial scale solar PV projects. We support initiatives and plans to create new structures for transmission and distribution of electricity, and join with all the loudness that we can muster in calls for the creation of energy safety and affordable RE all over the country without opportunities for theft, extortion, and corrupt profiteering in the electricity sector to the detriment of the public good.

And while we make every effort to rescue the Lebanese economy and install incremental units of RE for next year’s electricity need, with the full use of our considerable talents and great networks of friends and diaspora, our human and social capital, let us remember that we humans need to dream. We can function without money and electricity for a week because we find a way to do so, but we cannot function without working towards our dreams.

Roundtable on renewable energy in Lebanon

The vanishing space of political economy…