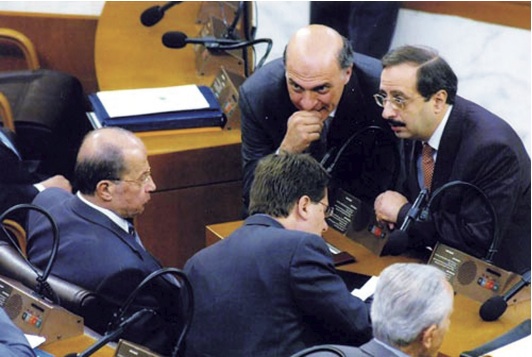 The same questions come up often: “How can I use the Access to Information Law (A2I)?” or “Can I use it at all, or has it joined the ranks of the dozens of good laws that are not enforced in Lebanon?” Lebanese citizens, once hopeful that transparency in the country would be heightened with the passing of the A2I Law on February 10, 2017—after years of preparation—are now disappointed by the many unfortunate examples that show how difficult, or seemingly impossible, it is to actually enforce. The latest in the series of such disappointments was the delay in releasing a copy of the naturalization decree, ultimately published after significant pressure on the website of the interior ministry. So, is the A2I Law dead?

To all such citizens, take comfort that the A2I Law is alive, but requires a stronger will and better means for enforcement. The law is an important milestone on the road to preventing and fighting corruption in Lebanon, but not an end of the road by itself—it requires citizens to monitor and promote its full enforcement. Below are some facts to illustrate issues that are not always well understood:

The A2I Law is in full force and effect. It does not require any implementation decree to become obligatory, as is falsely believed in good or in bad faith, by citizens and administration alike. All entities listed in the law, collectively referred to as “the Administration,” must abide by all its provisions without false excuses, such as waiting for an implementation decree that is in the making. However, all should make sure that such a decree—albeit useful if properly drafted and enacted—should not modify or limit the very broad and powerful rights provided by the law.

Enforcement remedies are available. Many administrations responded positively to requests for information. Others, unfortunately, did not. In such cases, in addition to the legitimate, if not necessary, political blaming and shaming—and until the National Anti-Corruption Commission is established by law—the reluctant administration can be subject to a judicial injunction passed by the judge of urgent matters of the Shura Council. This was successfully done in the past and citizens are encouraged to seek such remedy in the future.

The law is about more than just access to information. Many, including politicians and lawyers, overlook the fact that the law also provides new provisions: to protect private personal data and to mandate a written rationale for all individual administrative decisions, under the sanction of annulment. Both subjects were in debate over the naturalization decree. The following caveats must be noted: First, the protection of personal data should not be an excuse for not providing access to personal decrees; and second, judges and lawyers should be encouraged to strike down non-motivated administrative decisions using the A2I Law in order to force a change in behavior of reluctant administrations.

Automatically published information is more important than access to information upon request. This includes; annual activity reports, regulatory administrative decisions, and, most importantly, information about funds, within 15 days of their expenditure. The challenge remains to have all the above appropriately written and published on dedicated webpages for each administration. Many supportive initiatives are underway. The law further exposes the counter-trend decision of the government to put the electronic version of the Official Gazette behind a paywall. This measure is in violation of the general principle of transparency underpinning the A2I Law, and therefore requires a reversal through the development of a free, fully-fleged legal web portal. Also, the same general legal principle of transparency, and article 56 of the constitution, mandate that all administrative decrees and decisions be automatically published in the Official Gazette, including, but not limited to the so-called individual decrees, such as naturalization and pardon decisions.

As the saying goes in the legal world, “You win your case twice: once when the judgment is passed, and then again when it is enforced.” The same applies to laws. We won first, after many years of effort, when the A2I Law was enacted. The challenge now, for citizens and politicians alike, is to keep-up the efforts of another nature, to win again, by making sure that the law is properly enforced by all concerned administrations.