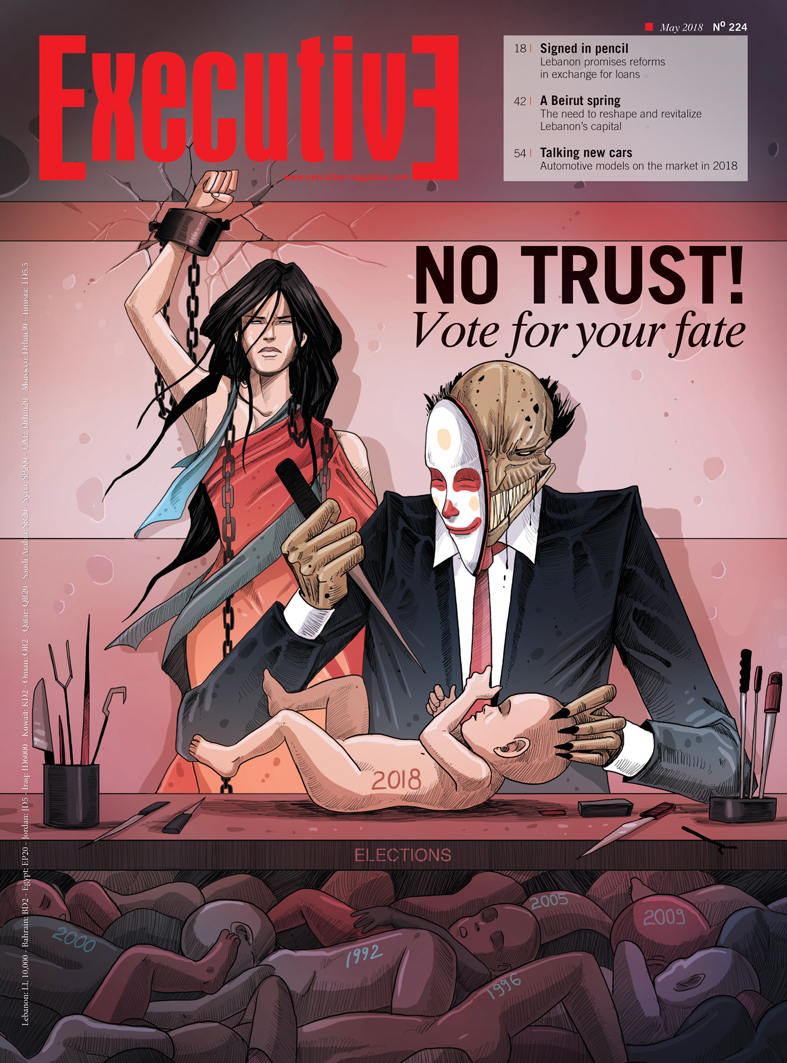 Watching the fifth masquerade of national elections since my return to Lebanon, I cannot help but recall Amin Maalouf’s masterpiece, “The Rock of Tanios.” In Maalouf’s tale there is an Ottoman sheikh of a mountain village who collects taxes and recruits the able to fight the empire’s wars. In return for his allegiance to the empire, he has his privileges. While the young men of the village go off to die in battle, the sheikh stays behind, keeping part of the tax wealth for himself and feeling entitled to pursue the parish’s women. He robs what few possessions a man owns: wealth, life, honor, and dignity. The most astonishing plot twist is when Roukos, the self-exiled, virtuous, and decent man, returns to his native village to dethrone the sheikh, return the stolen wealth, and protect the villagers’ dignity, only to find the villagers upset over their sheikh’s humiliation and crying out for his return.

Nothing illustrates our reality as much as this scene. Similar to feudal life, our politicians continue to insult our dignity, steal our wealth, send us to fight foreign wars, or push us to into self-exile through emigration. Faced with such indignities, some choose clientelism and become dependent on the offered crumbs, while others choose to work indefatigably to safekeep their integrity. Yet come what may, every election we cry out for the return of our feudal lords.

What is bewildering is the predictability of fate, and how easily history repeats itself. Today, we still live on handouts from foreign nations who sponsor a failed state that has never managed to grasp the idea of sovereignty or understand the concept of sustainability.

As much as we want to believe that the required reforms are the condition to deploying CEDRE funds, at the end of the day it does not take half a brain to realize that these agendas are not aligned. The creditors’ release of the funds—which is bound to happen—is tied to when it serves their interests and not our government’s commitment to reform. The $4.4 billion pledged at the Brussels II refugee donor conference uncovers the rationale behind the $11 billion in Paris. By pegging the CEDRE loans to the Syrian crisis Lebanon is left solely responsible for the over 1 million Syrian refugees in the country, something the international community is happy to allow. There is nothing humanitarian about it.

Elections are a week from when this magazine goes to print. We remain ever hopeful that the Lebanese will break free from their hereditary bad habits and realize what they are trading: their wealth, life, honor, and dignity. Only then can we break free of our chains and change the fate of coming generations.