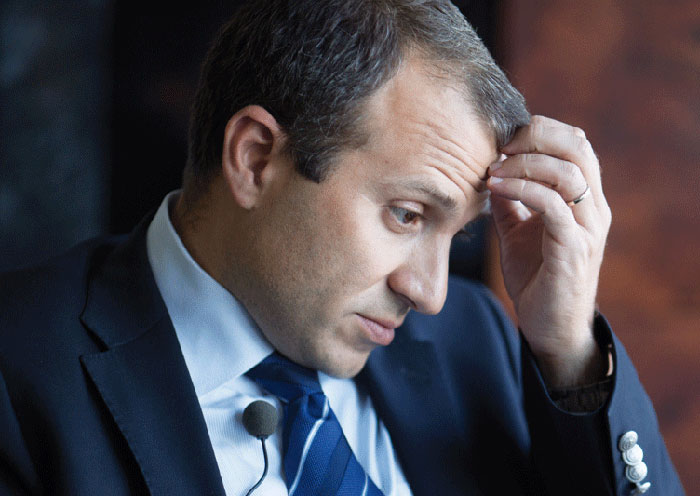 As we prepared to launch our new website last Thursday morning, the tranquility of the Executive office was disrupted by a gruff man clutching a bunch of papers. He was, he assured us, from the judicial palace. Gebran Bassil, Lebanon’s former energy minister and new foreign minister, was suing us.

The article of concern — from our special report on oil and gas in the October 2013 issue — focused on allegations that Bassil was seeking to monopolize control over the oil and gas sector. As hydrocarbons are a rare bright spot in a depressing period for Lebanon’s economy, we felt it was right to discuss allegations of malpractice in a sector that could be worth tens of billions of dollars.

In the article, we asked Bassil directly to clarify what had happened to $33 million made through the sale of seismic surveys. His response: “You are asking questions I am not really aware of, about details that are not really important.” As Bassil thought these questions were unimportant at the time, it is with deep irony that we now face meeting him in court.

For clarification, it is worth stating what happened following publication of the article. At the end of November, nearly two months after it was printed, a representative of the energy ministry contacted us to say that they felt we had misrepresented the facts. We politely disagreed, but after a conversation we agreed to publish — in full, both online and in print — Bassil’s response to the article, under the principle of the right to reply.

As it was by then the final days of November, it was too late to put it in the December issue but we offered to run it in January. The minister’s team asked if we could put it online immediately and then publish it in print in January, a request which we agreed to. We felt there was a gentleman’s agreement that the matter was dealt with. It appears we may not be dealing with a gentleman.

We did not want it to come to this, but now that it has we see this a chance rather than a curse — a great opportunity for the Lebanese public. A trial will provide us with a rare opportunity to question Bassil on his practices as a minister, a politician and a businessman going back many years.

There is, in Lebanon, an old (but seldom used) law on unlawful fortunes. Needless to say we are dusting it off.

Our message to Bassil, therefore, is thank you. You have given us the opportunity to interrogate you on all your practices over the past five years in power. We will see you in court.