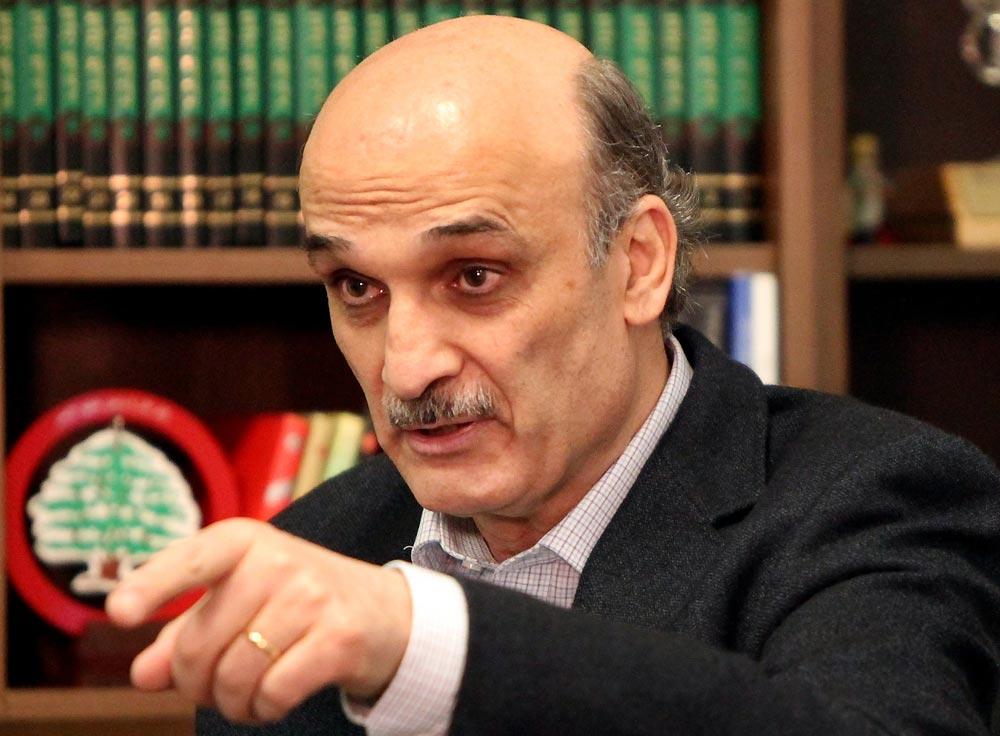 Samir Geagea may have won the most votes, but he has little chance of victory

Walid Jumblatt’s Democratic Gathering is reassembled, the March 14 (M14) coalition stands together as one unified alliance, and the March 8 (M8) coalition isn’t sparing any effort to stop M14 from winning. Welcome back to 2009.

With just 32 days until Michel Sleiman’s term as President comes to an end on May 25, Lebanon’s politicians today voted on a potential successor. Unsurprisingly, no one won, but picking apart the backroom dealings that led to the vote appears to show all sides are positioning themselves for future rounds of voting.

Firstly, here are the results:

In an alliance known for its diversity of Christian parties and representatives, the choice of Samir Geagea isn’t a smart one if the coalition wants to win outright. But strategically speaking, it’s the most brilliant move any of the M14 parties — except the Lebanese Forces — are capable of. Samir Geagea leads M14’s largest Christian party, so not selecting him in the presidential elections – in which only Christians can run – seems unwise. The Future Movement (FM) would have angered its biggest Christian ally while the smaller Christian Kataeb Party — although benefiting from the absence of its main rival in the short-term — would eventually suffer heavy popular losses. So they decided to rally behind him, confident that he would not win.

One doesn’t have to be a mathematician to see that Geagea’s hopes of becoming president are precisely nil. You need 65 votes to become president in the 128-seat parliament and Geagea — in the best scenario possible — can gather a maximum of 60 as those from March 8 will never vote for him. So why should his allies go against him when he can’t win?

By supporting Geagea, the Kataeb and the FM are paving the way for their next moves. They threw all their weight behind the leader of the Lebanese Forces — preemptively knowing that he has no chance in winning. The Kataeb successfully eliminated the candidacy of their biggest rival in the coalition for the next rounds: If Geagea can’t gather enough votes to win, perhaps it’s time for another candidate to try his luck. And now that the Future Movement did what was expected of it and supported Geagea it is more acceptable Hariri to strike a deal with Aoun or agree with Jumblatt on a candidate. And if Kataeb want to officially propose party leader Amine Gemayel’s name, Geagea’s Lebanese Forces will feel more pressure to endorse him as the Kataeb backed him when he needed them. The proof of this theory? Even before the first session had happened, the Kataeb were already nominating Gemayel for the next electoral session.

The March 8 coalition voted white in the elections – meaning they left their voting sheets blank. There were reports that M8 might vote for Emile Rahme in the elections, in order to give the impression that Aoun — who refused to run against Geagea — is a moderate while on the other hand making sure that Geagea couldn’t be one. He would have been facing the pro-Syrian Emile Rahme after all.

M14’s endorsement of Geagea in fact had two aims:

A Quick Look At The Lebanese Center

While M8 and M14 are busy ‘plotting’ against one another, the centrists are reorganizing themselves. Walid Jumblatt has profited from the new M8-M14 standoffs on the new president and has reunified his bloc (the Democratic Gathering). Although some reports had confirmed that he didn’t want Henri Helou — who defected from his bloc in 2011 — as president, Jumblatt finally ended up endorsing him for several reasons.

By choosing someone that sided — unlike him — with M14 in 2011 (when Najib Mikati was named prime minister), Jumblatt is playing it smart. True, he is currently closer to M8 but he chose a candidate more affiliated with M14 for the presidency. Helou, after siding with M14 in 2011 and after being nominated by Jumblatt — separately from M14/M8 — suddenly becomes a consensual candidate representing Lebanon’s centrists. Jumblatt could have chosen someone from the National Struggle Front (the MPs who stayed by his side in 2011), but he chose one of the two Maronites who didn’t. He wants to make sure that M14 has even fewer votes in the parliament in case it wants to try to elect a president of its own and that he’ll have the biggest bloc possible in the parliament.

Najib Mikati, who was replaced by Tammam Salam with M8′s consent, is siding with Helou for obvious reasons. As a former “centrist PM” it is wiser for him to support Jumblatt’s candidate in the presidential elections. After all, Helou is the most consensual candidate currently on the table, and hence he has one of the best chances to become president after the maneuvers stop. Who’s better to serve as his PM than Mikati?

Parliament convenes again next Wednesday. Let the next act open.