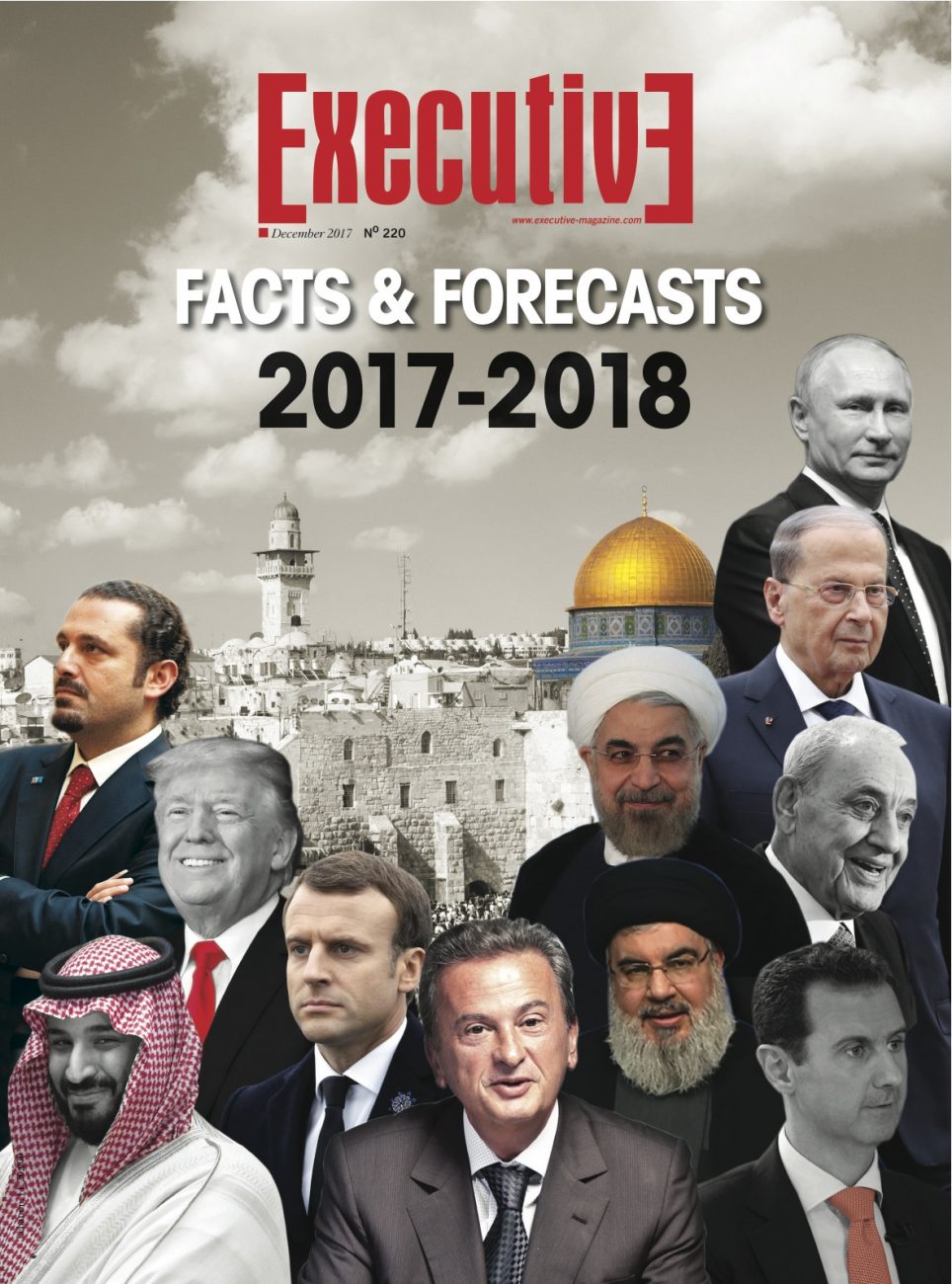 While 2017 began with promises that Lebanon was entering a new era, the year ended with proof that our political culture has not advanced a millimeter in hundreds of years. This land is still ruled through entitlements. Wannabe regional  supreme leaders choose our politicians, and in return, they demand veneration and tribute from appointees. We’re still ruled by entitled princes who care only about protecting their own power and wealth, while they extort citizens to the bone.

No wonder Jerusalem was recognized as the capital of Israel by US President Trump. Arab leaders did not want it enough, they only politicized the Palestinian cause to keep their citizens quiet without making any attempts to defend the holy city. Who can blame them? They are all manipulated and appointed themselves. Certain leaders love putting on a show of dedication, when behind the curtains lurks the truth of their hidden agendas. Jerusalem can only be claimed by those who are willing to truly want it. For now, it’s the Palestinians, Iranians, and the Israelis.

The resignation of Prime Minister Saad Hariri followed by the speeches of Hassan Nasrallah demonstrated how hard it is to hope for change, despite a new election law and promises of long-overdue parliamentary elections. The law was written in a way to protect those in power. Reformists and idealists stand little chance of taking over Parliament and changing the county’s direction. Sectarian rhetoric and dirty tricks will dominate in the first quarter of 2018. The establishment will do all it can to bury the opposition, which, because it is still divided, is unable to voice a clear and consistent message.

Since the beginning of the Syrian crisis in 2011, our end-of-year issue has been increasingly difficult to produce. There’s very little good economic news coming out of Lebanon, and plenty of uncertainty coming from external forces, be it US pressure on Lebanese banks, or a regional power struggle that impacts people’s daily lives. From bankers to hoteliers to industrialists, all are helpless in front of geopolitical developments, worried about Lebanon’s economic future.

What we need, and what 2018 can help lay the foundations for, is the collective will to be a nation and build a nation. Our princes will lead us to ruin. They’ll keep us divided to enrich themselves, each community subservient to entitled crooks. We can’t move forward as a country until we all see ourselves as citizens of one country, instead of as communities competing for foreign entitlements that come with licenses to steal the spoils of a failed state.